Help please with this tall Sake Wine Cup. Would be grateful for some info on the origin of this cup. Probably a modern Japanese ware. Made of porcelain and a lovely green hand made ribbed marble design, signed on the base. Thanks. 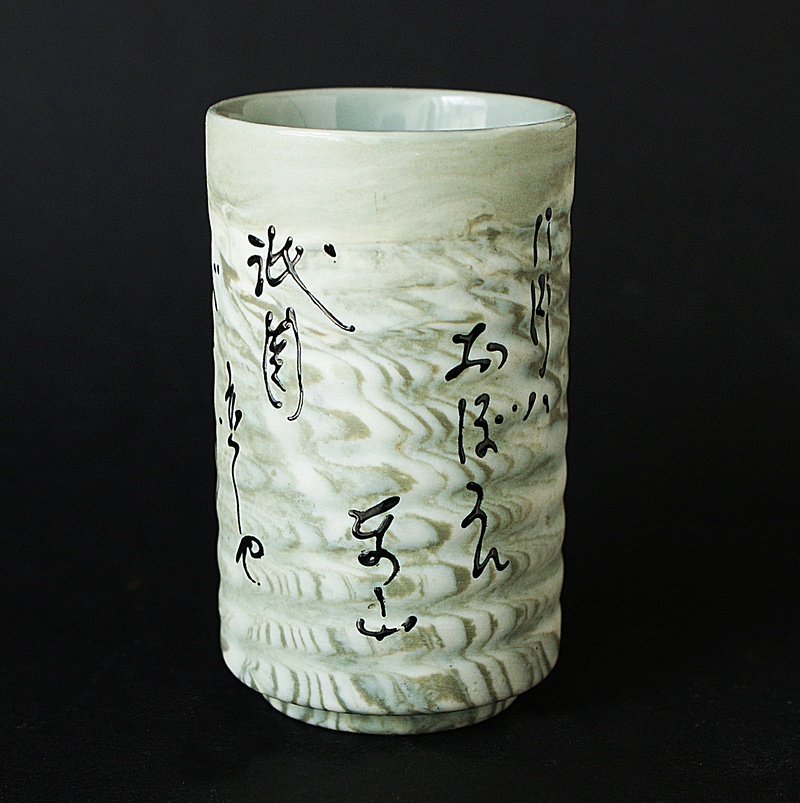 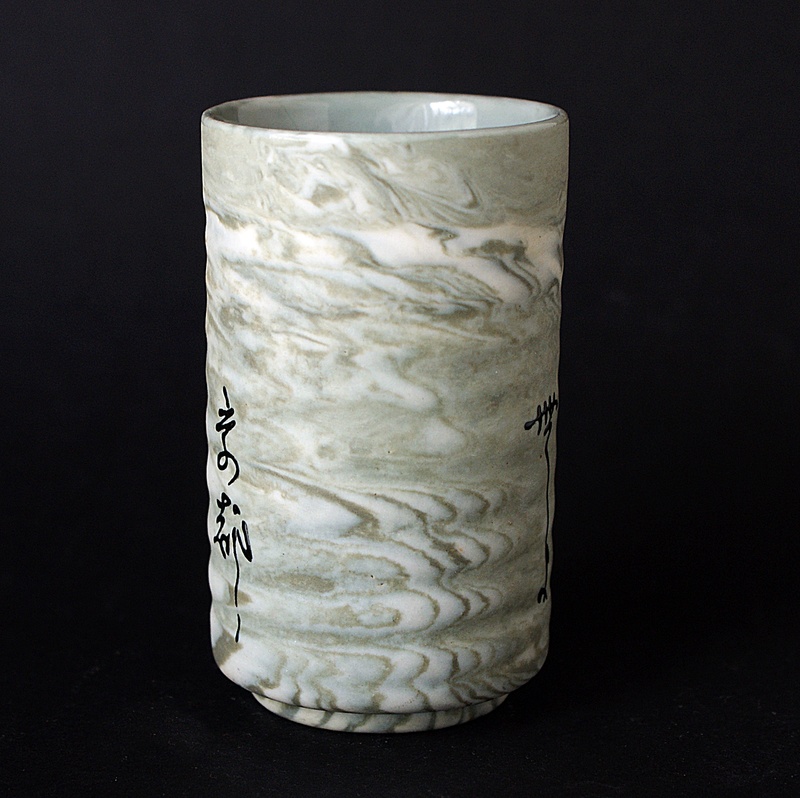 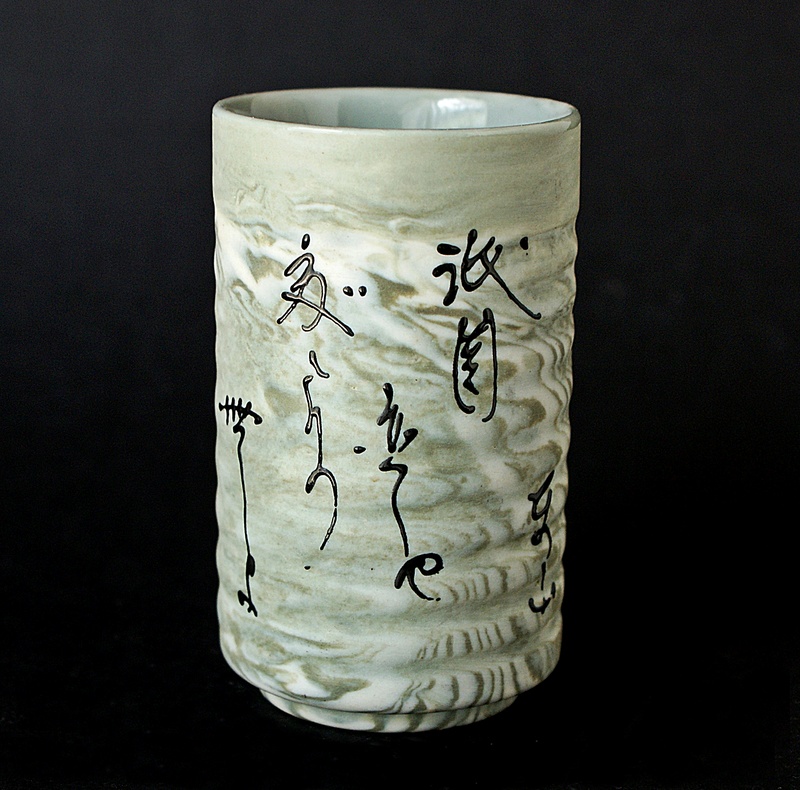 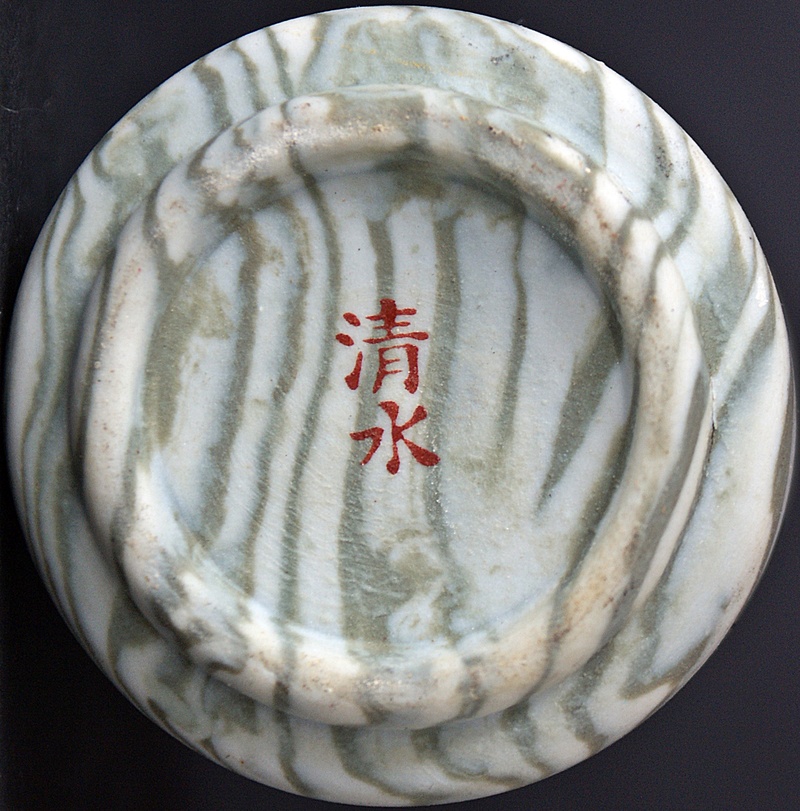 Looks like Neriage ware - the Japanese equivalent of agateware. (There's also nerikomi which would be handbuilt rather than wheel turned). The writing round the sides is often one of the traditional poems wishing good health or the equivalent of Bottoms up! I can't translate the kanji characters though so I don't know who made it.
_________________
Carrot cake is just fake cake