I think this is a candleholder but not sure - the texture reminds me of Bristow Pottery but there are no marks.

Looking at the texture I'm wondering if they are Pieter Groeneveld 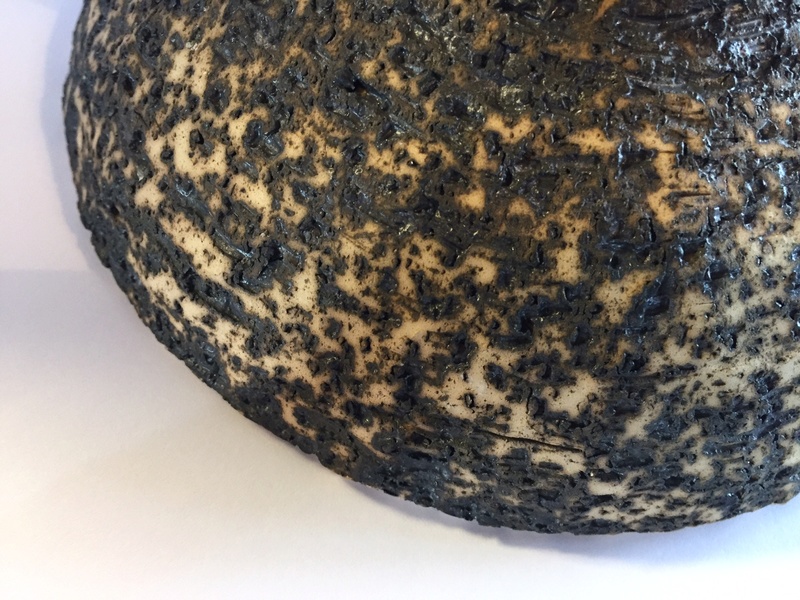 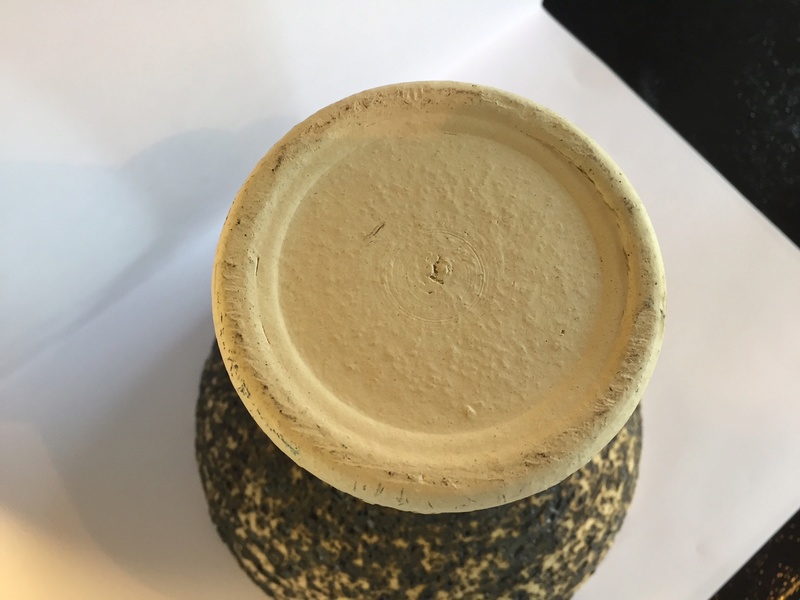 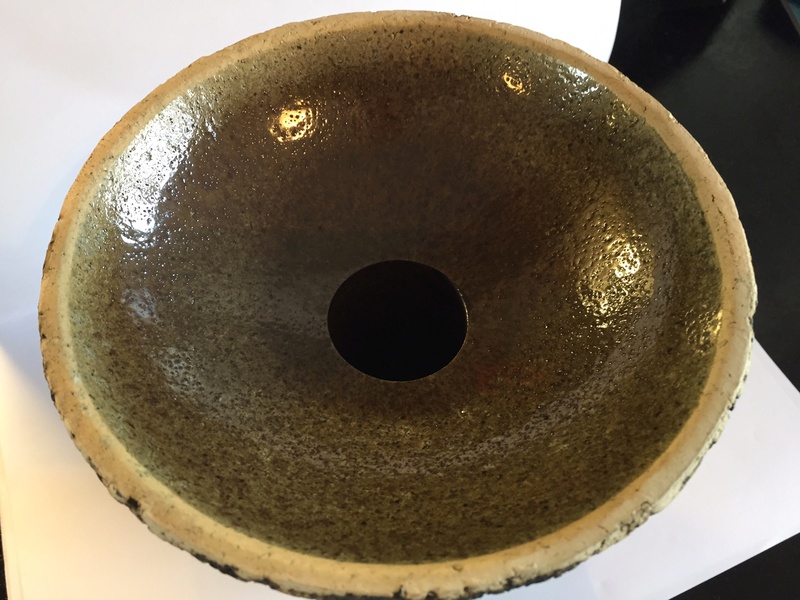 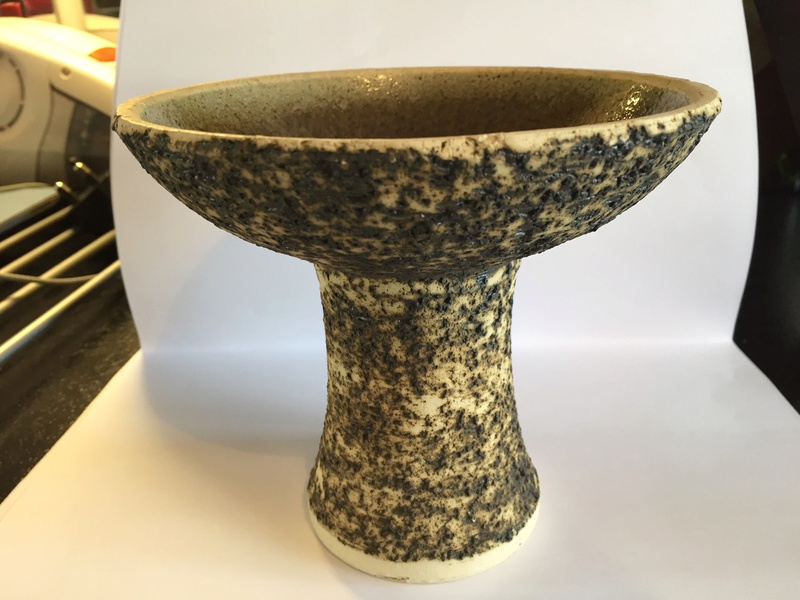 I have several of these in various sizes. None marked, and slipcast. It seems they were Asian copies of Pieter's pieces
_________________
Carrot cake is just fake cake

I contacted an expert in Holland, Robbert de Vries, who along with a chap named Olivier Nieuwenhuyse are running a website dedicated to the work and memory of Pieter Groeneveldt.

I sent them pictures of my vase and asked them what it was - this is the response:

This is certainly a Dutch vase. Made in the 1960's. And in the PG traverin manner.
But, it is not a Groeneveldt, unfortunately.

Although it has (almost!) the right surface and (almost!) a PG shape it is made by
another (small...) factory.
Directly after Groeneveldt introduced this ceramic group (or line) others, like Loré
and some others, copied this surface.
PG made this specific surface decoration by hand (from appr. 1958); the other
factories used moulds for a similar effect. The surface wasn't scraped off to let the
hard lumps in the clay to do the work.
In 1960 at a National Fair Groeneveldt was furious when he saw this kind of copied
ceramics.

Your vase is one of those followers-uppers, unfortunately.
But still interesting because of the story behind it. And certainly to be dated between 1960 and 1970.