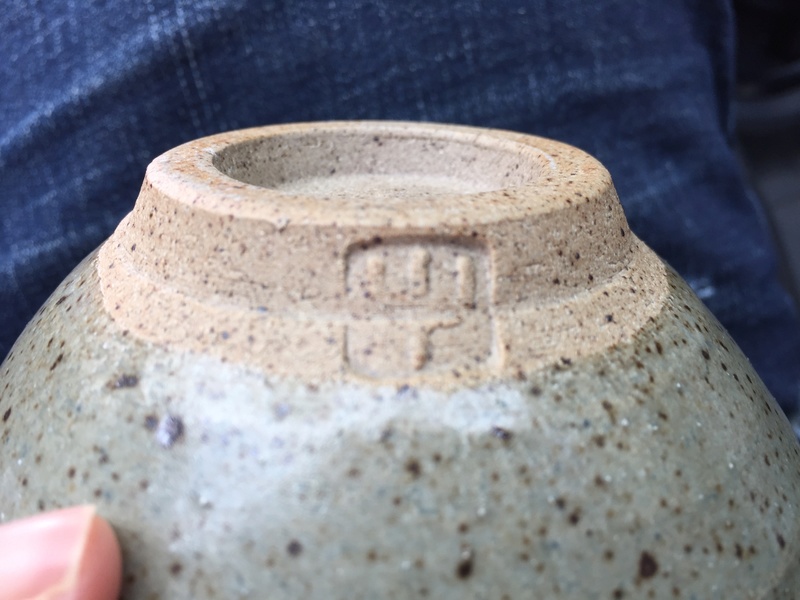 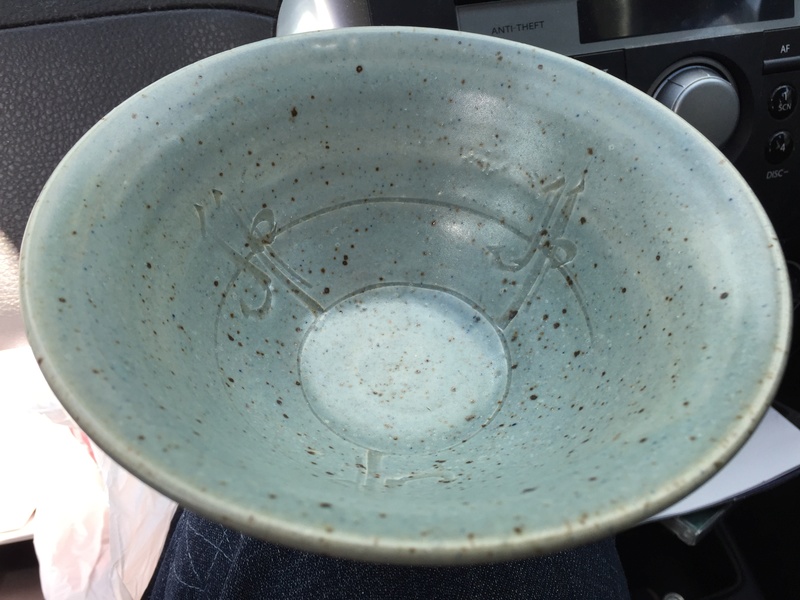 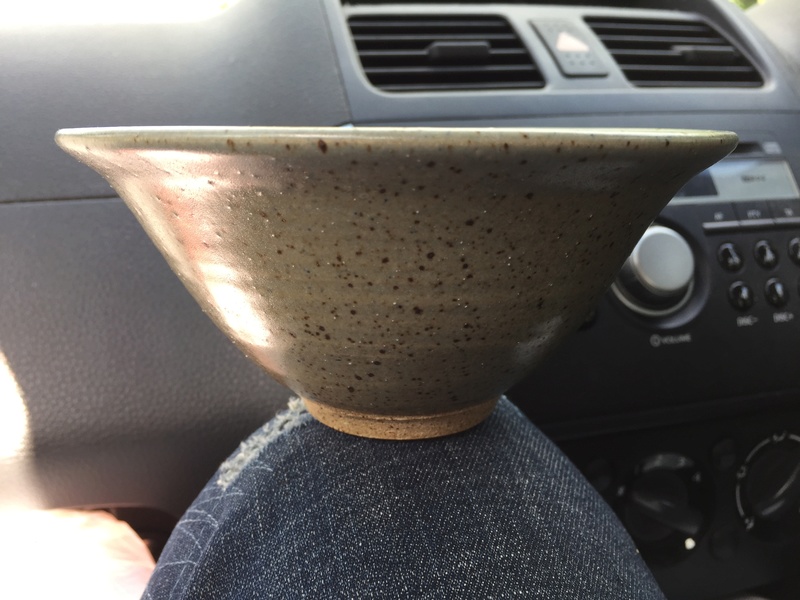 Looks a bit too neat for Valerie Rees. Could it be Will Illsley?

I'm not sure. The internal decoration is very distinctive but I'm not finding anything similar by Valerie or Will
_________________
Just my personal opinion, take it or leave it.

I was thinking maybe Ivan Martin - but still doesn't look quite right.

Looking at the glaze decoration I'm 99% sure it's Ray Gardiner. 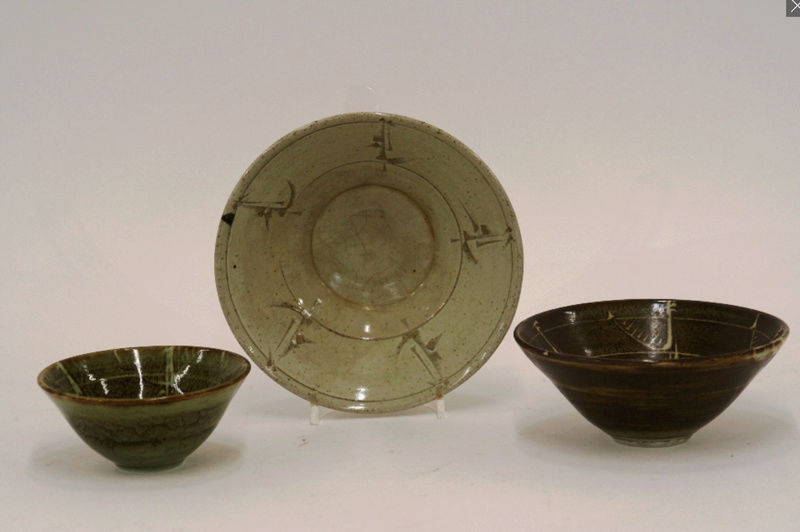 There's isn't much about him online though - not that I can find.

From the Suffolk Crafts directory, c. 1982, when he was working in Yoxford, near Saxmundham:
"Ray Gardiner was born in Sydney, Australia, and became a pharmacist. He came to London in 1959 and trained in pottery at Harrow School of Art 1965-66, after which he spent a year as an apprentice to Colin Peason. His first workshop was in Somerset and he moved to Suffolk in 1975. He is a member of the Craftsmen Potters Association."

I just got this from the helpful chaps at the York Art Gallery who have a piece by RG - doesn't add much but it's information none the less.

Ray Gardiner was born in 1934 and we do not have a death date so I presume he is still alive. His last known address was Yoxford, Norfolk. His work was usually repetition tableware with some individual pieces in stoneware and porcelain. He has examples of brushwork, sgraffito, slip inlay, raw glazing, Dolomite glazes, celadon and tenmoku in his work. We have a receipt for the piece in our collection – it was bought on 22/03/1978 at a New Members exhibition at the Craftsmen Potters Shop (not sure where there was) by collector W. A. Ismay for £6.50. The piece then came into our collection through Ismay’s bequest in 2001.