Hi, This Dieter Kunzemann bowl has a second mark next to the studio mark - I wondered if anyone knows what/who it is? 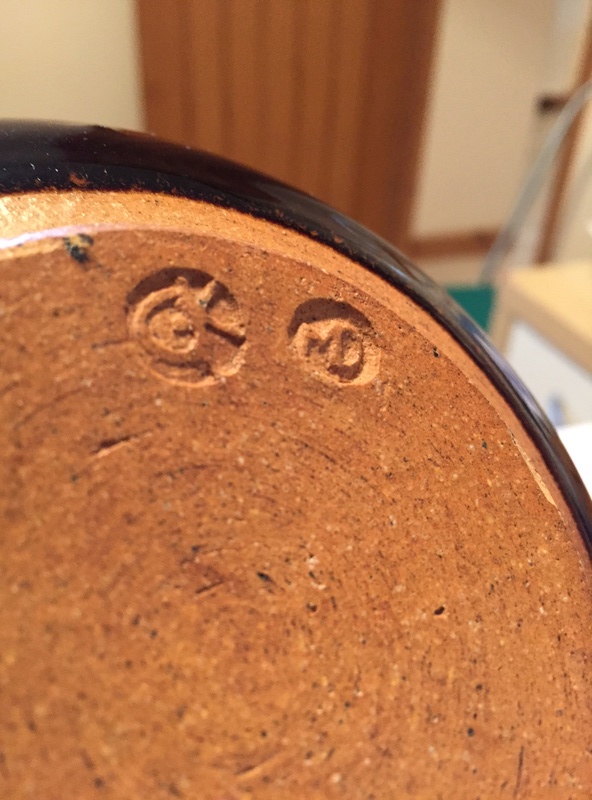 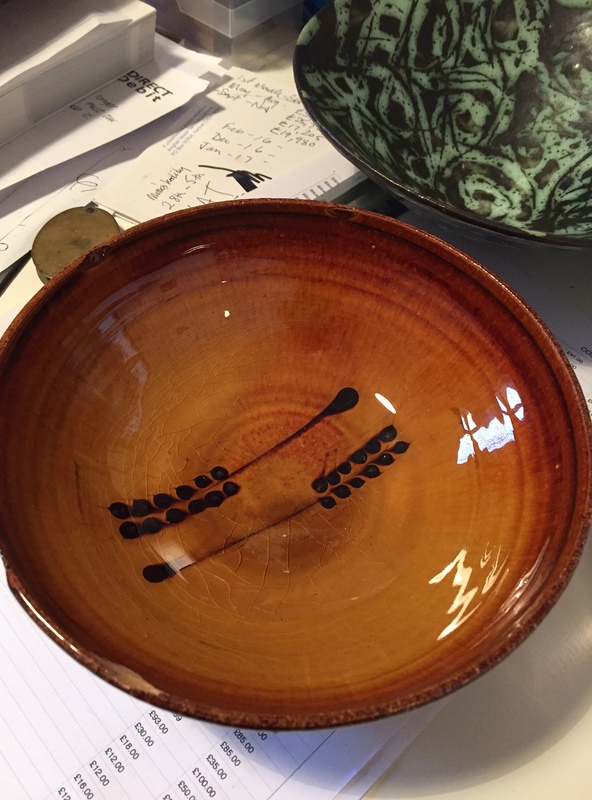 I dont think it's Dieter Kunzmann's mark; its not in the Marks book.
Other Slipware potters did the wheat ear design
_________________
Carrot cake is just fake cake

I also bought the bowl in Chipping Norton - which is only a few miles from Moreton-in-Marsh, were Dieter Kunzemann worked and lived - so I assumed.

Now I look at the marks I see they are too different and must be by someone else.

Could it be CK for Coldstone Kiln?

In his blog, Marshall Coleman mentions Michael Dixon as one of the throwers at Coldstone.
https://marshallcolman.blogspot.co.uk/2017/01/cotswold-potteries-pleasant-environment.html

That would explain why the MD looks like Dixon's mark. He's now at Bartley Heath Pottery near North Warnborough so worth dropping him a line for confirmation
_________________
Carrot cake is just fake cake

I have emailed him to find out. I'll keep you posted.

Here's what I found out from a very helpful Mick Dixon.

"Yes that is one of mine it has not travelled far.
The clay we used was a body called St Thomas (which I still use now) mixed with a locally dug yellow clay. The glaze is a simple lead bisilicate glaze with added iron to give the honey colour. The pots were fired in electric kilns. Old photos off the pottery show a bottle kiln outside which Chris built but which apparently never worked!"

He also told me that the pottery was known as Coldstone Kiln Pottery which was run by Chris Harries.

Dieter Kunzemann was Chris's son-in-law but they fell out and Deiter left and set up on his own.

Mick Dixon worked as a thrower for Chris after he left art school in 1967 but left after a year because Chris was ill and he thought the pottery might close.

Mick Dixon confirmed that he used his personal MD mark on some of the pots he made there and that there was a CK mark for Coldstone Kiln.

So I guess my bowl is Coldstone Kiln (Chris Harries pottery) made by Mick Dixon and has nothing to do with Dieter Kunzemann.

Would be very interested to know where this one was made. Thank you! 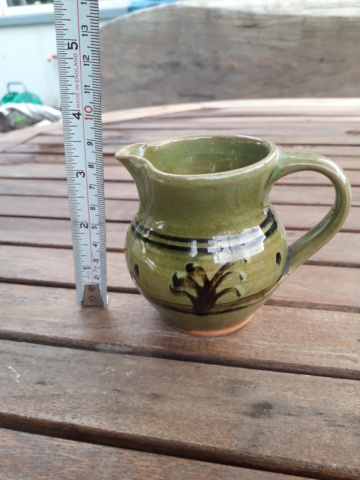 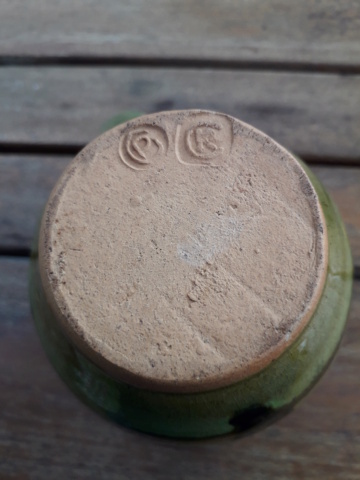 Thank you. There was another Coldstone piece in the lot I bought - so that's interesting. And Winchcombe piece. Is it helpful if I add pictures to the strands for each pottery?

They are very useful for research so the more the merrier :)

Edited to say I decided not to merge this thread with the Coldstone one for the time being.

Ok. I posted a few yesterday - but the light was great for the pictures so I have many!