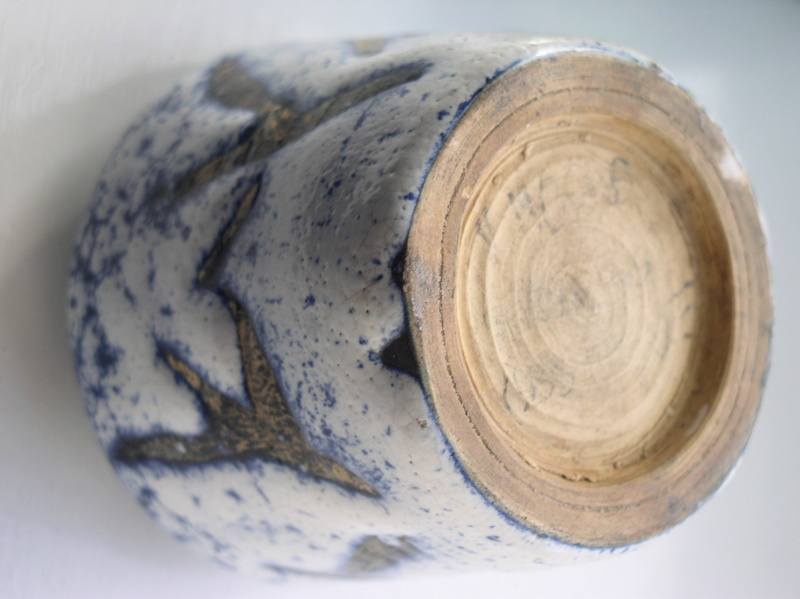 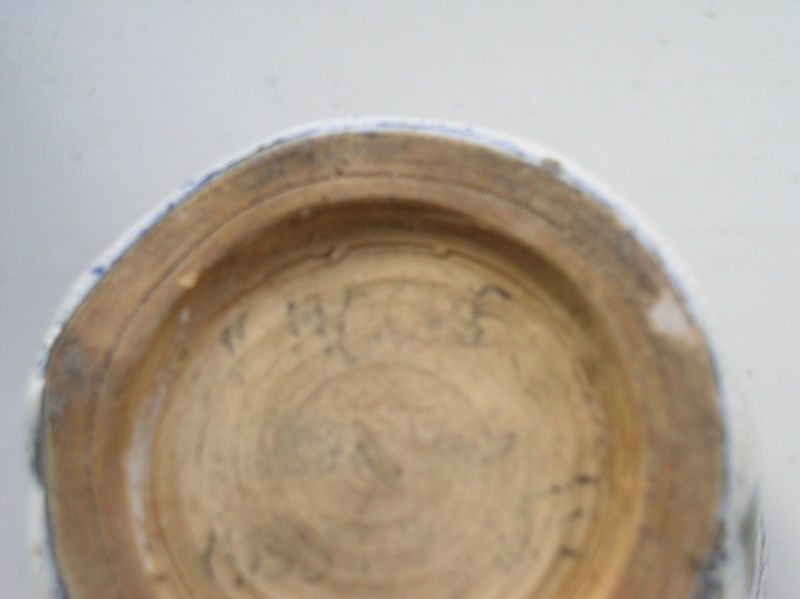 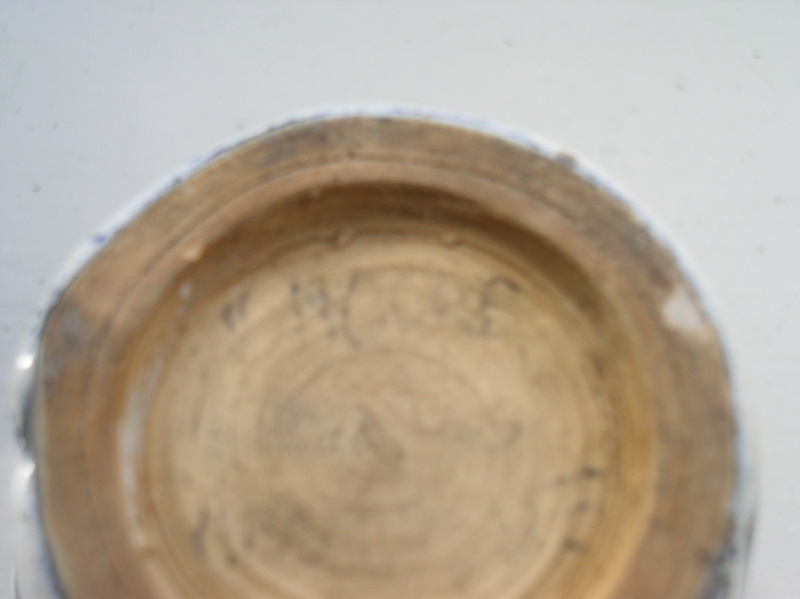 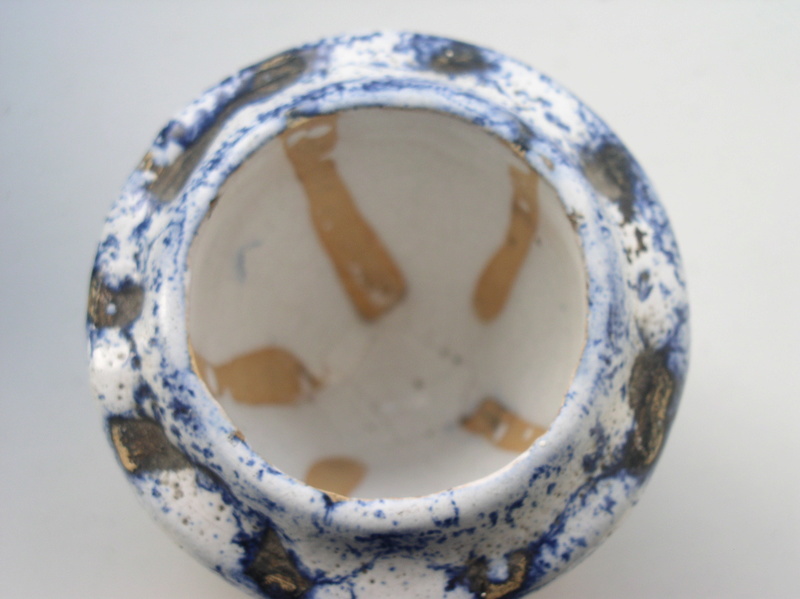 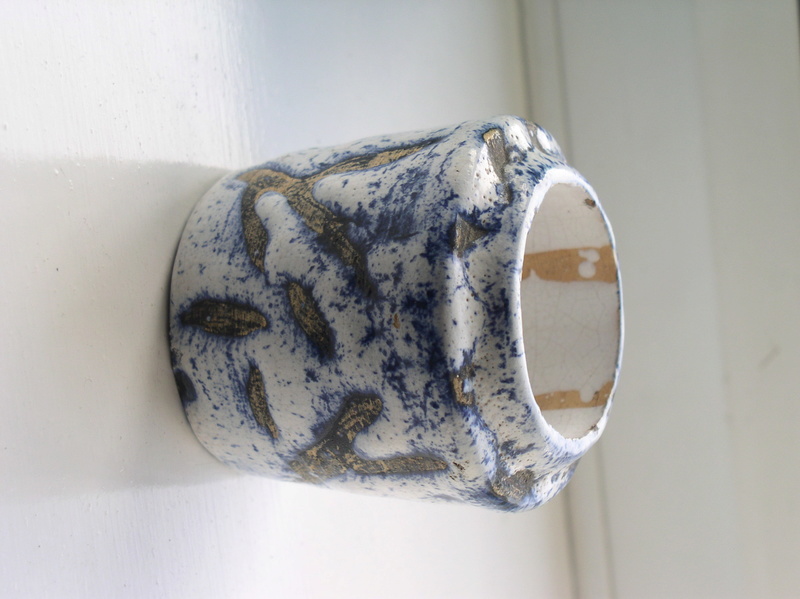 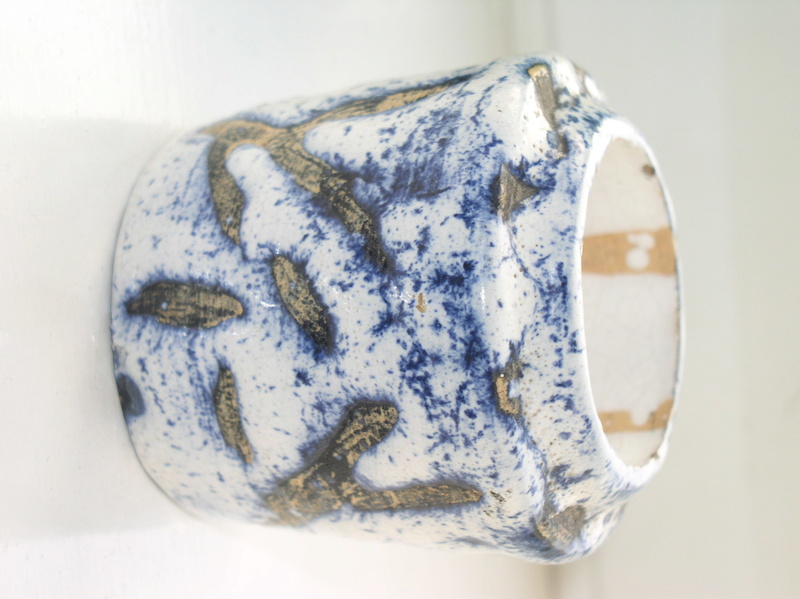 Little pot don't know much about pots, Seems to read MOO or similar and other indistinct script.

Welcome to the forum

Thanks for your reply and pleased to meet you sadly bit slow with computers will try for better pictures.
Thanks for the welcome

Seems to be a quality piece in some ways its nice and weighty and seems to have had some time taken in making it as the glaze seems thick and has lots going on, I would say it has a decent age too certainly not made modern I seem to see stuf written on its base but I could be wrong... 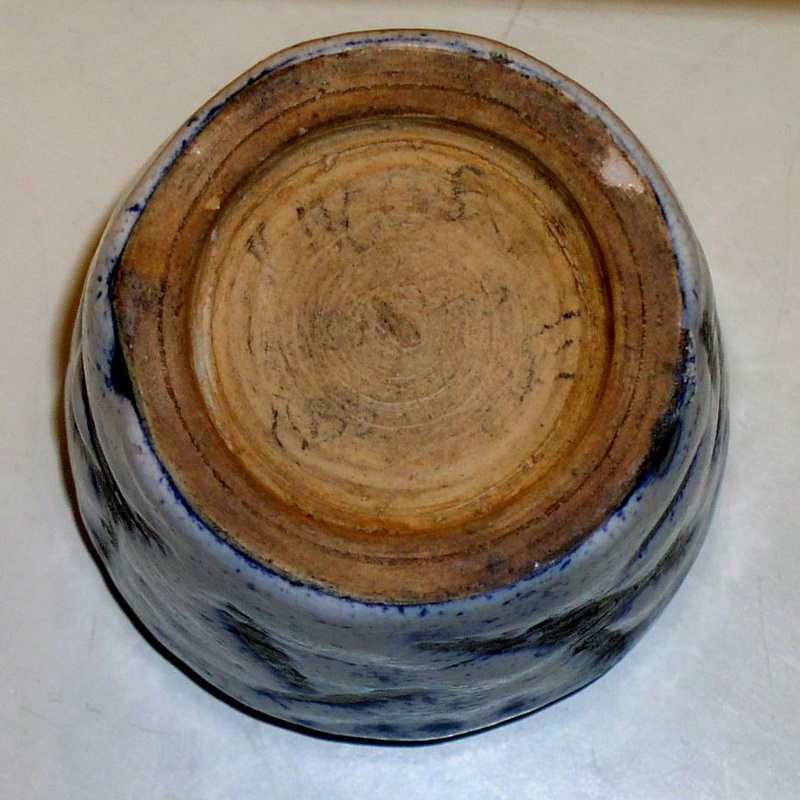 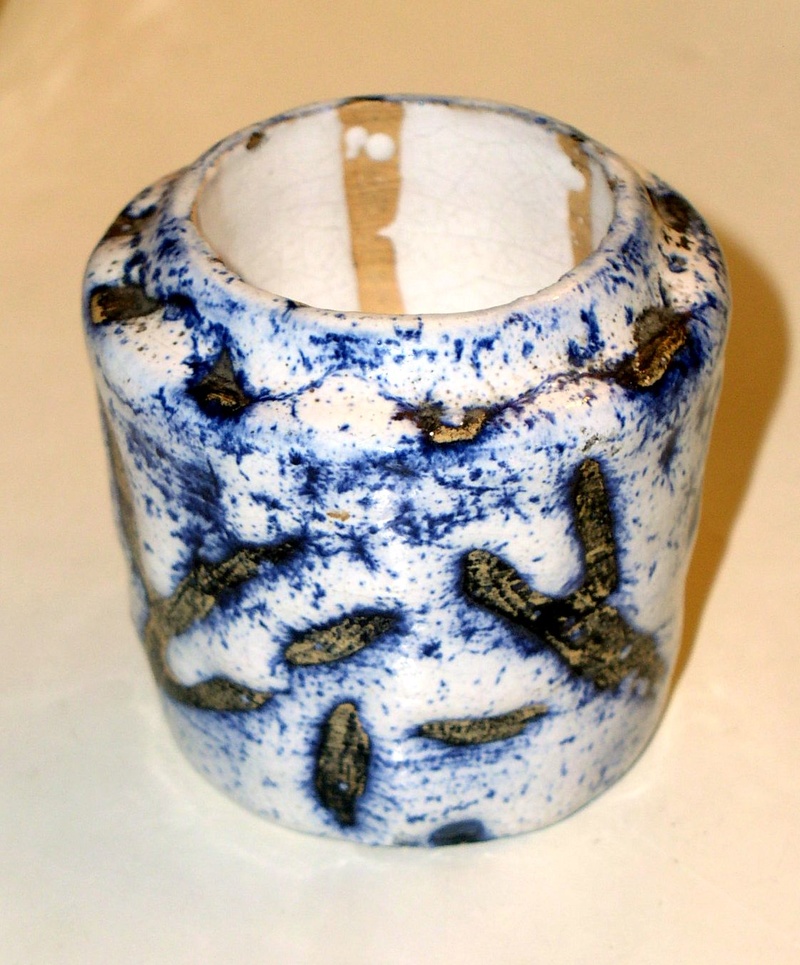 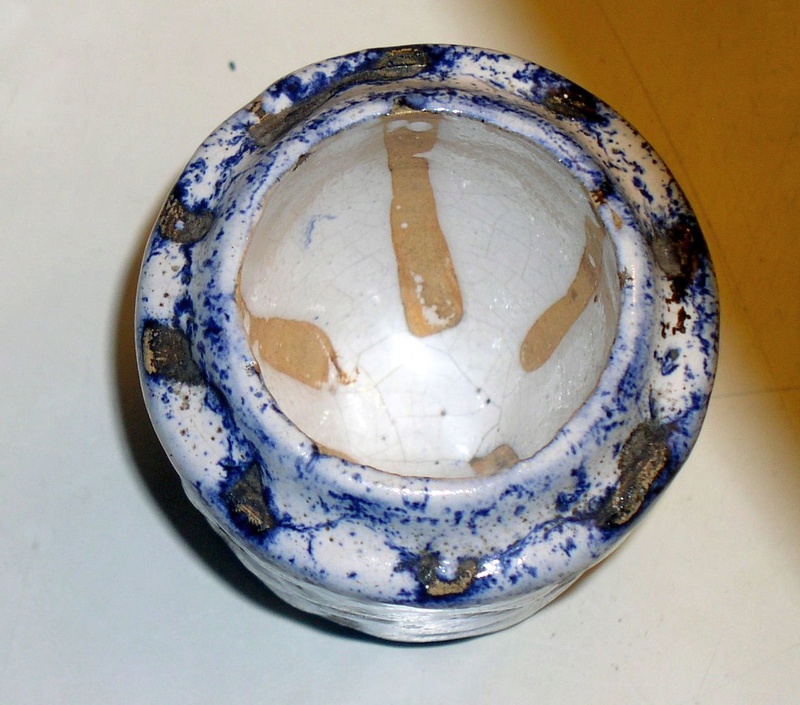 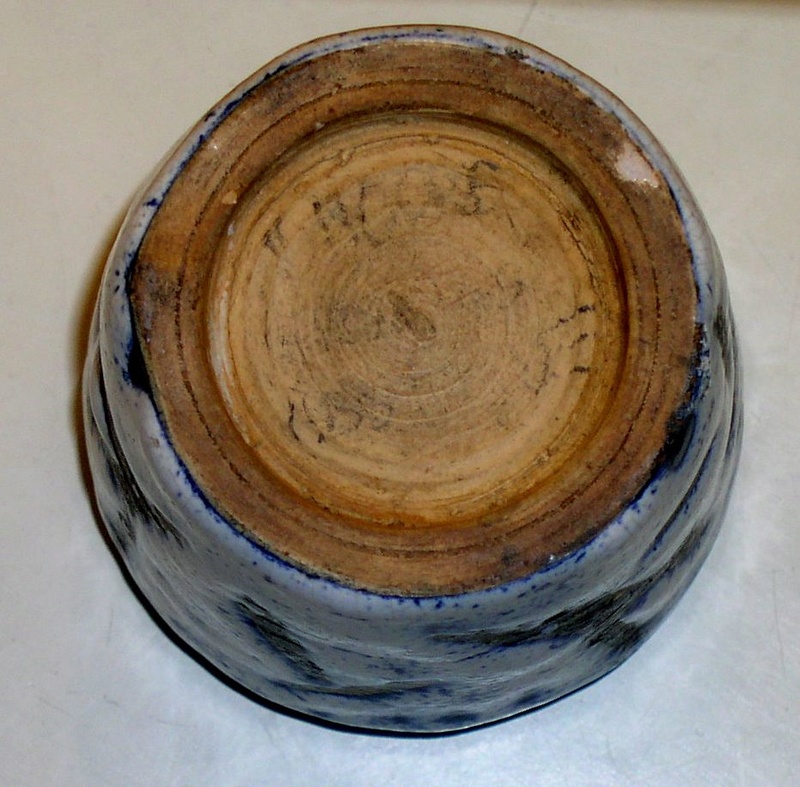 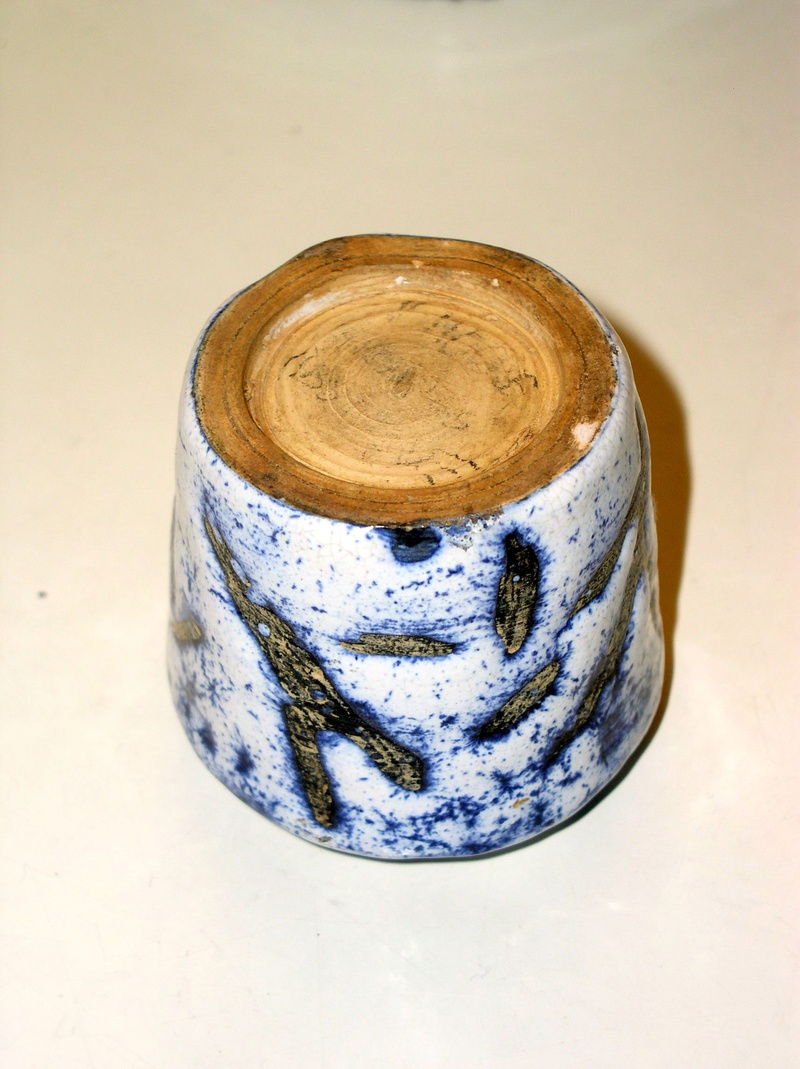 Hi Sorry if im hogging the board I just wondered would anybody like to speculate on the type of glaze used on this im thinking very gently that it maybe a salt-glaze or a raku???
Don't worry im here to be corrected but just a thought.
Regards mike.

The marking on the bottom, which looks as if it was originally written in pencil, suggests that this might have been a glaze test piece. It has age and looks as if it is 1950s, if not earlier, from the images.

It isn't salt-glazed but could be raku, although it's not easy to tell for certain from images. It looks like an earthenware body, and the way the glazes have developed also suggests it could be raku. Is it relatively light in weight?
_________________
Now you should know by now that Potty and I need to see your bottom - we're funny that way!

Thanks for your replies sorry its taken me an age to reply had a power cut life without technology for a while.
It is 7cm x 7cm and 300g it feels rather solid. I will research white shino glaze sounds lovely anyway it is a fairly nice piece  and 89p it doesn't matter too much Thankyou for your invaluable leads and insights into ceramics. Mike
Just thought id add that yes it is a clay like material, This is nothing like what I think of as german studio pottery thats like the big lamps with tall shade fat-lava etc learning thanks I realise that's not concrete but I didn't know anything about german pottery other than fatlava

LEGSY wrote:Thanks for your replies sorry its taken me an age to reply had a power cut life without technology for a while.
It is 7cm x 7cm and 300g it feels rather solid.