This bowl is 14.5cm dia. 7cm tall. No makers marks. We think it could be Famille Rose. I'm very much interested in a possible date. 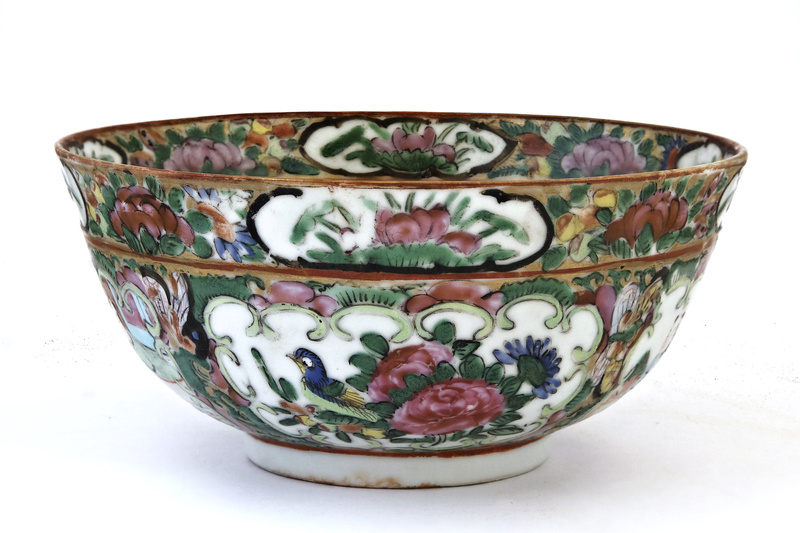 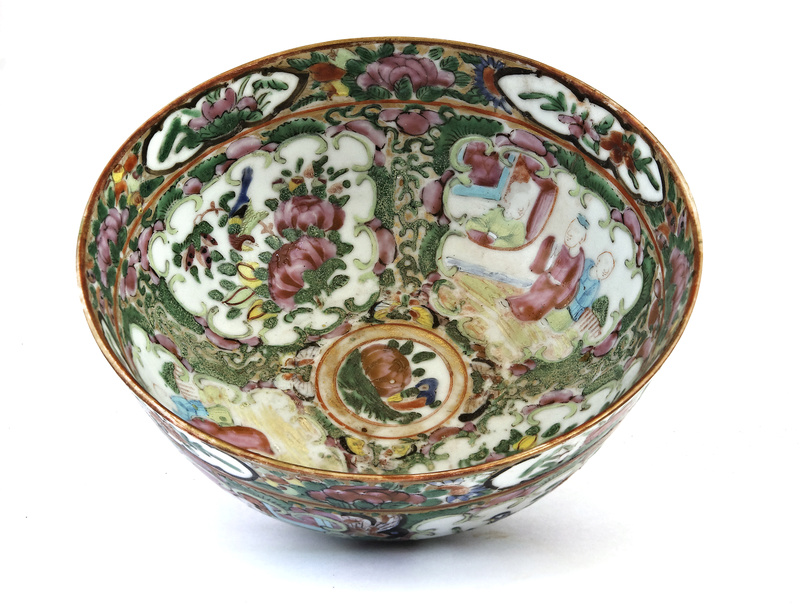 Chinese ceramics are a little outside of the scope of most people on this site but if you can supply a few more pictures including the base that will help. Dating Chinese items is a mine field with many items produced in the style of antique export ceramics but are in fact much newer. This bowl does look a little crude and pretty bright to be 19, 18 or 17th century but I am no expert I can only compare to what I have seen and handled.  Try and get us some more images and possibly we can dig up an expert

Agreed, famille rose. Chinese Canton Medallion ware. Made for export. Still being made so difficult to date unless you go on one of the sites that lists facial features against dates, but if it's unmarked then likely to be late 1800s-early 1900
_________________
Carrot cake is just fake cake

I've handled a few of the old ones and have one very similar that my mother gave me that is almost brand new. The painting on this looks not to be of the quality of any I have seen dating around 1900 or earlier. It is also not new looking like my one. If pushed I would have guessed 1930's or 1950-1960's but I could be way off and the double wall put it at 1750 lol

Agreed, the painting doesn't seem of the quality one would expect from the turn of the century. 1930s-50s is possible, although since they were made for export one would expect there to be a red Chinese stamp on the base. If there’s no mark then it could be mid-19thC. Gold coloured enamel crept in in the 19th.
Edited to say I now think it’s mid 19thC 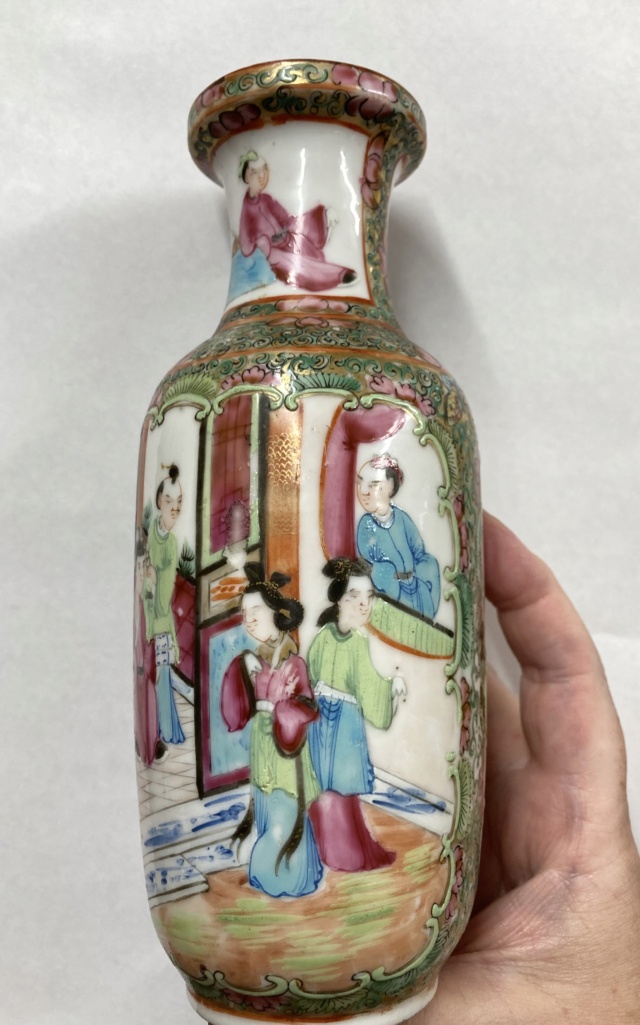 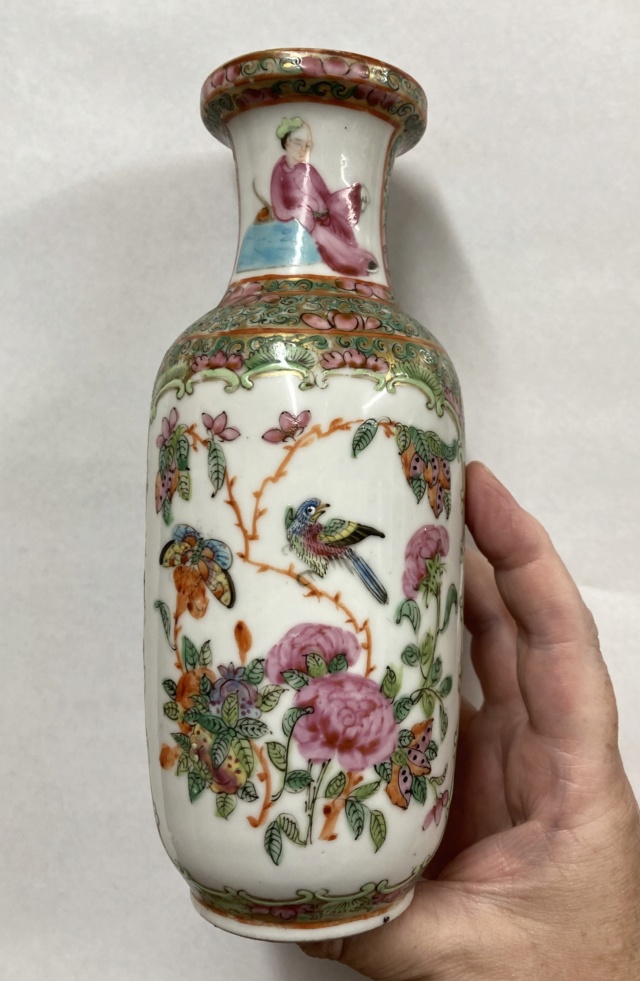 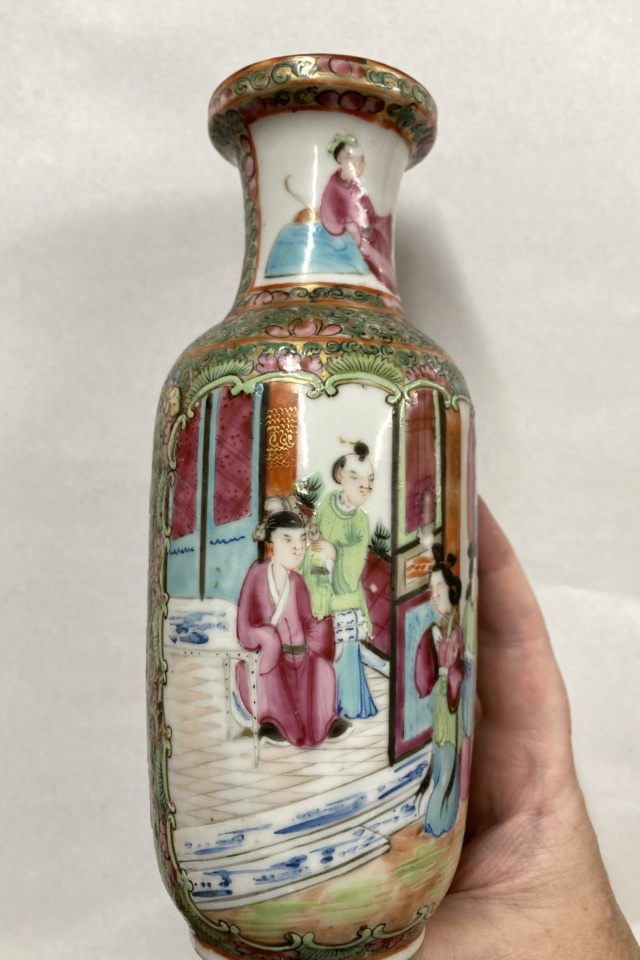