Hello,
I recently bought this trio of pots. From the design they look to be Art Deco period. They all have the same impressed stamp MADE IN ENGLAND DENBY. I have tried to find this Denby Backstamp but have so far drawn a blank, your thoughts much appreciated. Thank you 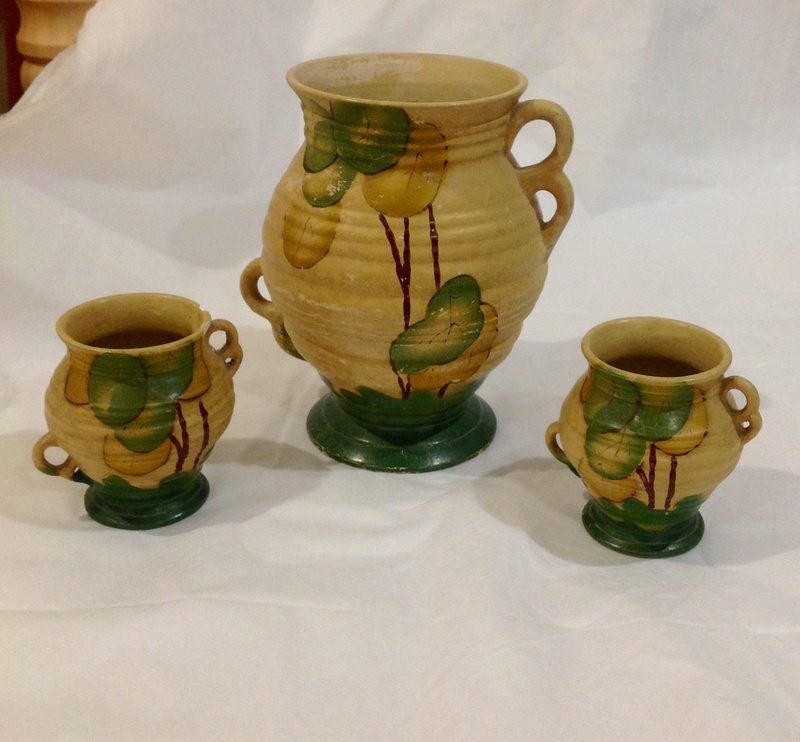 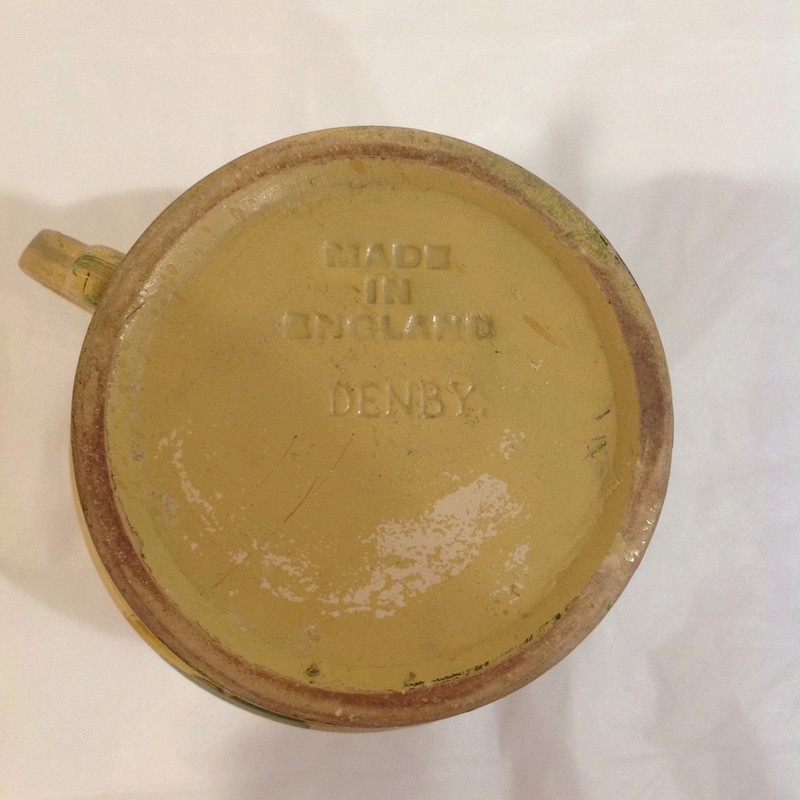 Welcome to the forum. Uploading photos takes a bit of practice but there's a useful guide here -

Thank you, its a bit fiddly, I think I have done it now

Well, what they are definitely not are items made at the pottery started in Denby, Derbyshire by Joseph Bourne in the early 19th century.

These are earthenware not stoneware and are examples of the inexpensive wares produced in some factories in the Potteries during the 1930s. Could well be from Howard Pottery of Shelton that produced wares such as this, often under the trade name of Brentleigh Ware.
_________________
Now you should know by now that Potty and I need to see your bottom - we're funny that way!

Thank you. This makes sense, they are not 'heavy' items. I will do a bit odf scouting around. Much appreciated

"Denby" will be the pattern or the shape name.

I saw a vase with the same shape and impressed with the same markings (including 'Denby') over the weekend. It also had a stamp for 'avon ware', confirming their origin as the potteries.

Same shape and 'made in England, Denby' on vase currently on e-bay which is stamped Vulcan Ware.