Very rare Donald & Elizabeth Swan bowl. Castle an Dinas Pottery 1965 -1972, Castle Gate, Nancledra near Penzance, Cornwall UK. The bowl here is decorated with picotee spray reactive glaze on brown earthenware body and possibly a early test piece with incised/stamped mark a circle on a cross within a circle. Both Leach trained potters. Donald also studied pottery and ceramic design techniques with Bernard Leach. In the mid 1960s they left the Leach pottery to set up there own pottery 1965 - 1972 at the above details. They mostly produced terracotta, but some stoneware, functional decorative wares with some sculptural pieces. His pots are very far and few between. I'm very lucky to find this bowl.

Donald closed the pottery in 1972 and moved back to Scotland were he was born, both set up there new Cumbrae pottery in Millport, Isle of Cumbrae, Scotland 1972 - 1985. From 1985 Donald moved on to painting art and after awhile they both returned to Cornwall where Donald continued is love for painting up until he passed away in 2005 in Penzance. 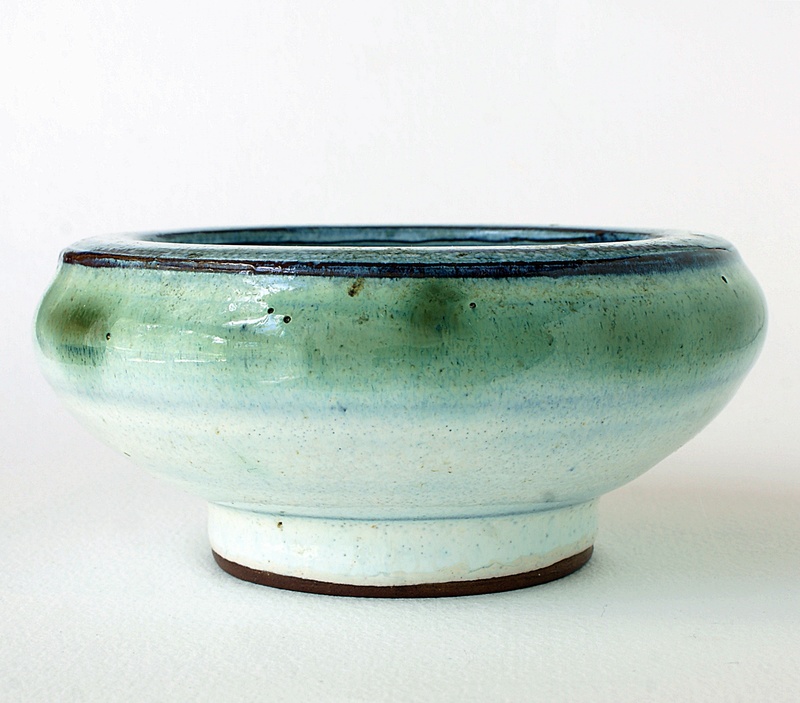 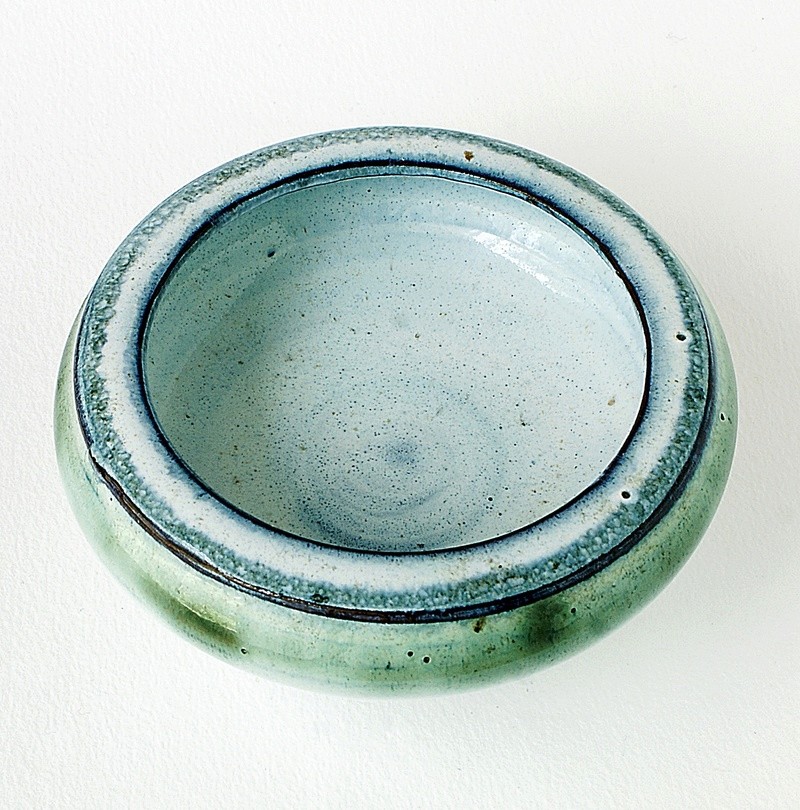 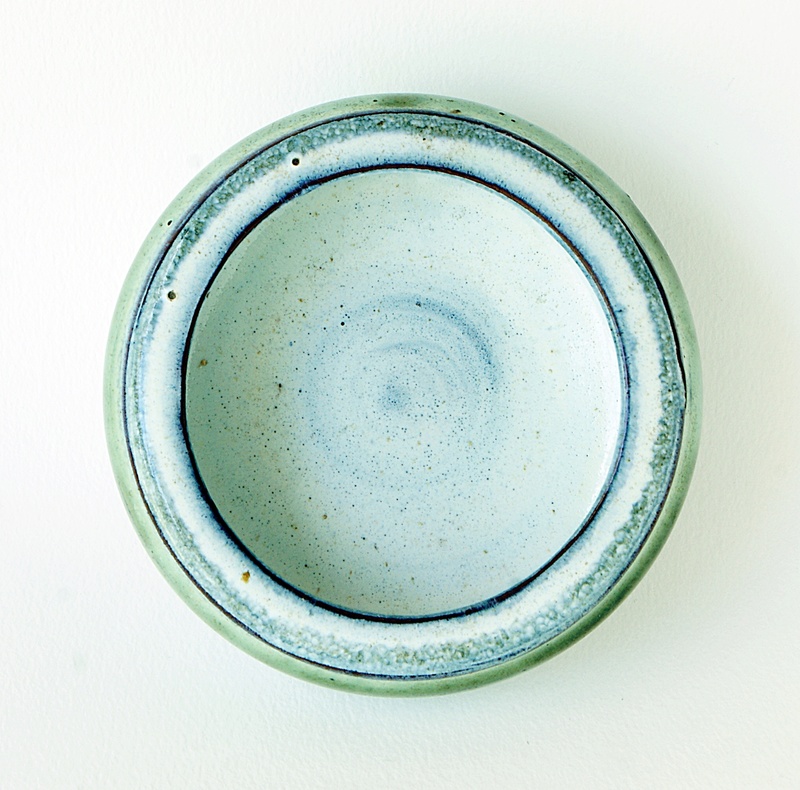 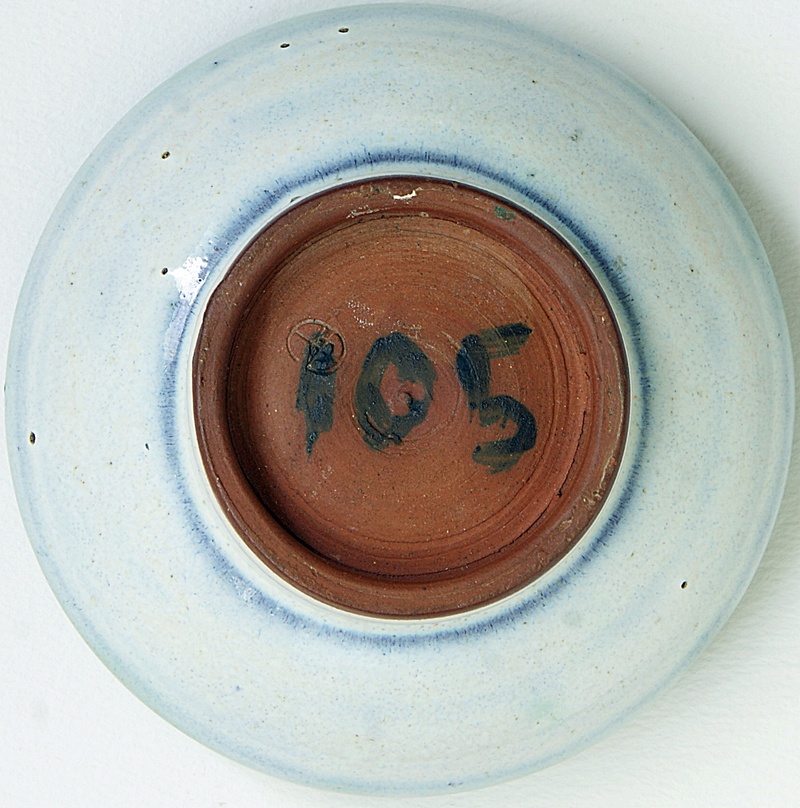 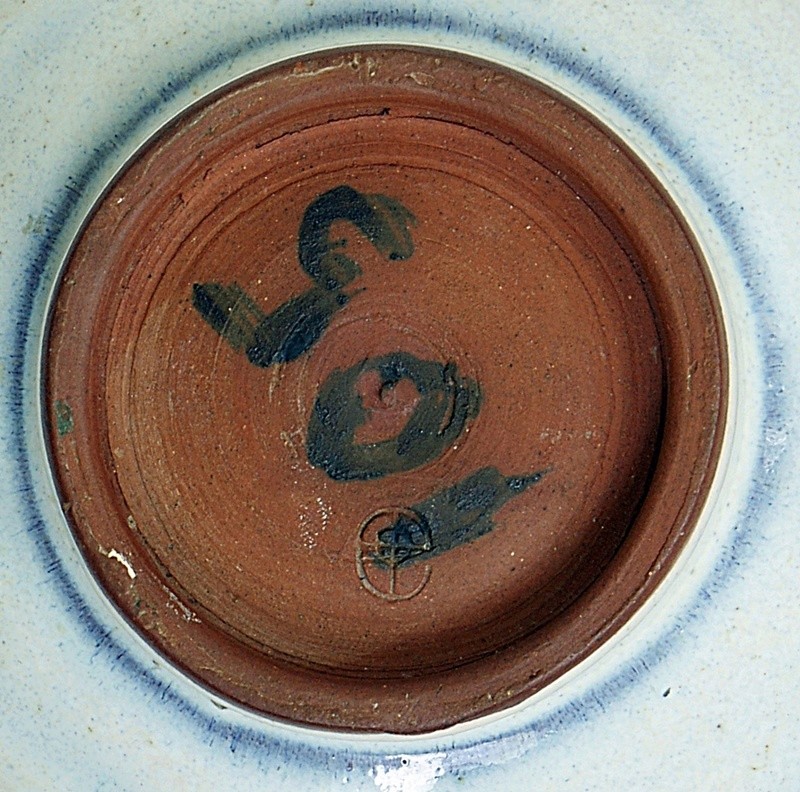 Hi NaomiM. Yes! I have had look at this lovely jug. Love it, cool stuff. Thanks Ern.

I was browsing online through Eric Yates -Owen & Robert Faurnier book of British Studio Pottery Marks and found the Donald Swan details and pottery mark. I have had this bowl a long time and been researching it for a few years now. The research and hard work finally paid off.

I dont have the latest edn, and was surprised not to find it in my 2nd Edn