We would need a pic, but some examples are here:

There is maybe another possibility. From 1963 - 1980 Muriel Tudor Jones ran a pottery in Chipping Campden. The work has an impressed CAMPDEN on it, and sometimes the word Campden in Freehand. While most of her work does not look like this, it could still possibly have been produced there.

Possibly but is the clay right? I think it was mainly terracotta.

I Think EC was still at Aldermaston in 1979.

dd this does not strike me as EC work

Thank you all, and it seems everyone is still scratching their head, as I have been. I too looked at the other possibilities and came to a conclusion that the others were terracotta, and this is glazed stoneware I think. 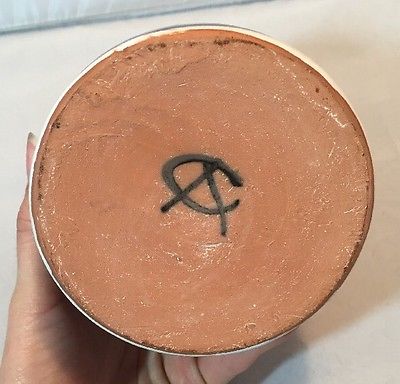 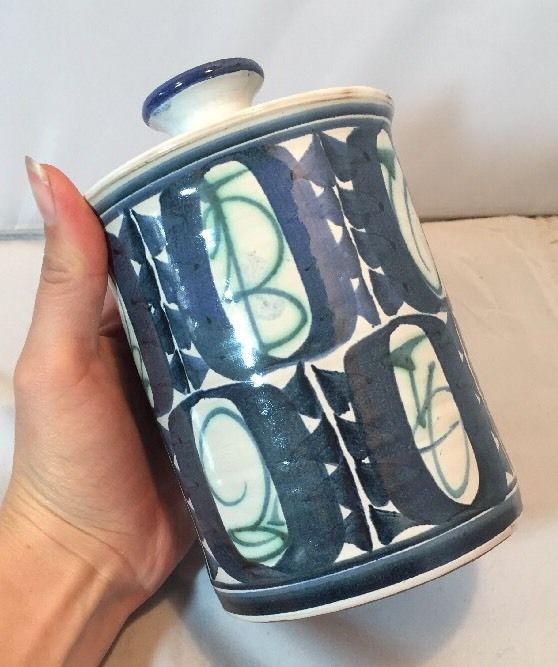 I just thought the way that the C in Camden with the E crossing it looks very much like The EC on other pots signed by Camden but as you say it does not look like the style of Aldermaston.

Geoffrey Eastop worked at Aldermaston and after leaving there his pots changed dramatically over the years, so it's not unreasonable for you to suggest that your vase might be by Edgar Campden but after leaving Aldermaston. The point about the C with the line through it also makes sense.

That doesn't mean that I'm suggesting that your vase is by Edgar Campden because I have no idea. All I know about him is the name and that he worked at Aldermaston. I have no idea if he did anything after or when he stopped working at Aldermaston so would be interested if anyone out there can help.
_________________
Now you should know by now that Potty and I need to see your bottom - we're funny that way!

SP I'm a fan and tend to follow his stuff on EB - bought a set of x6 green goblets last year. Can't remember seeing anything that is not clearly Aldermaston like - white glaze with brushed pattern.

Agree with what you say above.

Thanks for your opinions guys and I will try to find out if EC set up at another pottery after leaving Aldermaston, but research tells me he was still at Aldermaston at least until the 80's. I just have a gut feeling the way the EC is signed that it could still be the man himself, onwards and upwards

Hi Sheila,
The vase you have is by Edward Campden, he is the brother of my late father, Edgar Campden.
Edward trained at the Royal Collage London and went on to teach at Nottingham I think. My mother has a pot of his with the same signature as yours, a line through the C to make an E and a line through the P.
Edgar Campden left Aldermaston pottery in 1993. He and my mother moved to Ireland where my late wife, Mary O'Gorman, and myself had set up a small pottery. They bought a ruined farm house with outbuildings to renovate and make into a pottery studio. Within a year of setting up his studio Edgar was diagnosed with MS and in a few years could no longer
work. He died of cancer in 1998.
I only came upon your post by chance when searching for pots for sale by my father, I recognised Edward's signature and thought I would put you out of your misery!
Mark

BTW did the pottery in Ireland have a name? Location? & do you know what the numerals mean?

Hi Mark
Thank you so much for putting me out of my misery, regarding the Edward Campden vase. I love the vase whoever signed it but it is nice to know the provenance and will look out for others signed by either your Father or your Uncle Edward. It was very good of you to take the time to post here and we have all learned a little bit more about the Campden pots.
Regards Sheila