You are quite right, philpot. That's why I think public discussions like this are necessary and important and need to be there to be seen by anyone that wishes to come by and take note.
_________________
Now you should know by now that Potty and I need to see your bottom - we're funny that way!

I think we are actually being a bit unfair on Adam Partridge. They don't make many mistakes.
However, to auctions in general.
Most people do not realise that Auctioneers operate under a different set of laws than a Retailer. Historically auctioneers acted as wholesalers, designed to shift things on quickly, and realise money from debts, deaths and the like. So in the Antiques Trade for instance their main customers were Antiques shops and dealers.
But now the general Public are buying a great deal more from Auctioneers.  But these auctioneers operate under long extsablished laws which do not give the consumer the same rights as when they are buying from a retailer, or Online from Ebay,Amazon and so on.
Best advice is. READ THE SMALL PRINT. Read it very carefully. Very people seem to do that! Even then be sceptical of condition reports. Which are often not done by experts, and quite often by a porter or such like. Very few Auctioneers offer an examination under UV light, which is really the best way of seeing good restoration.

i think adam partridge auctions and maak are a cut above many other rooms ,they both give excellent photos and condition reports, there is de morgan dish at partridge on line at the moment with approx 30 images and a condition report.Auction houses operate soley in the interest of the vendor with no obligation to the buyer , this not always understood.

Partridges are actually one of the best auctioneers. I myself have bought a fair amount from them and never had any problems. Their Buyer's commission is one of the lowest as well'
Condition reports. Both Mallams of Oxford and Wooley and Wallis have just put up auction catalogues with a fair amount of studio pottery. This copied from Mallams.
'Please note that condition reports are not printed in the catalogue or on our website however we are happy to provide them when requested subject to our terms and conditions of sale.'
Wooley and Wallis ask you to send an e-mail when asking for a condition report.
Now that policy actually works against the seller, as the selling audience will be much more limited. People will just not bid so freely.
Oh and note that dreaded phrase 'Terms and conditions of sale' Condition reports often contain quite a lot of Caveats!

I have viewed mallams and there is a liz fritsch vase which looks very nice and it will be interesting to hear what they have to say about this vase as it was broken in the fas exhibition and withdrawn .lyon and turnbull one photo and a one word condition report ,i did buy and shall have to cross my fingers until it arrives.

I must admit at that sort of level I would need to view it personally. A photo doesn’t tell you everything. Looking at the photo in Mallams it is just not a detailed enough picture to examine it closely.
I think I remember reading somewhere that Lyon and Turnbull  had obtained the services of the Mallams studio pottery expert. They have certainly upped their game in that area in recent years.

lyon and turnbull are ok but pricey ,the henderson piece i bought cost £850hammer but with premiums etc just over £1200, the ward was cheap but i didn't like it much. Mallams are the same to bid online30% +online + arr+post your looking over40%.

You might want to look at Mallams website. Seemingly they are offering free bidding on Mallams Live.
One does wonder if Auctioneers are stretching it just a little too far. The Buyer's premium has been pushed from relatively low levels when it was introduced in the 80's to touching 30% or more if you include VAT. What with the seller's commission, profits must be looking very healthy. I wonder how much more increases in margins the market will take?

hi, thanks for that i hadn't realised that they have free online bidding.An auctioneer friend now retired said to me a short time ago that he was worried if the market would take it when he raised the premium to 15% a few years ago now its a free for all. Because of the high buyers premium it allows vendors with high value goods to negotiate a lower vendors commission.A year or so ago i negotiated 5% with no other charges .

Often it is getting hold of the good items that is the problem for the upper market auctioneers. Equally with Buyer's premium as it is they can afford the discounts,
Equally that is the kernel of it all. Auctioneers are acting more and more like retailers but operating under a set of laws designed for them to be primarily acting as wholesalers. A member of the General public buying from an Auctioneer does not the full protection of the law that they would get when buying from a shop. Most people are not aware of that.

A well known auctioneer being interviewed in the atg thought that in the near future in most sales would be held online only with no attendance or viewing taking place but with enhanced condition reports and photos available online, as most lots are purchased in this way anyway. Getting back to adam partridge sales i see that gordon baldwin hasn't done to well lately .

I used to go to a fair few auctions - and hope to start going again soon - and viewing in person is always best, only then can you assess the quality of finish, amount of crazing in a glaze etc. It is in the interests of the better auction houses - and should be for all - to serve sellers and buyers well or they will soon get a bad reputation and lose customers. Woolley and Wallis give quality condition reports and will give details of restoration that I can't see. Mallams too give good service and both allow free live bidding on their own platforms. A no. of other salerooms also offer in house live bidding. I will avoid using 'the-saleroom' as you are adding another 6% onto already high charges, where I can I use 'easylive' who are cheaper. Viewing in person can be like going to a top museum but being able to handle the exhibits, you can get to know pieces that are new to you, look at marks up close. Auctions houses have their uses. Good auction houses will get good prices and often be known for certain areas of specialisation so will attract buyers and sellers of those items. 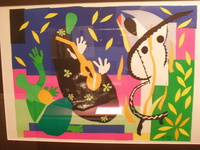 Weird thing is you can buy good quality items on eBay with a mass of photos and a good description / condition report, at half the price of auction house sales and very low postage costs.

Interesting points made. When I was going to Cottee's auctions twenty years ago the dealers saw us the public as just an annoyance - it was their livelihood e were bidding up and they were the auctioneers best friend. The same names would come up again and again.

As my mum used to point out they all went round the auctioneers house and divided it up over a cuppa after the auction anyway.

Things change - there are far fewer antique shops, public are definitely buying more direct and they want to do that online, they are all used to eBay are they not?

hi,i happened to be one of the dealers you refer to but i never heard of any dealer going to an auctioneers house to divide up as you put it, we all retired to the nearest cafe to knock out, and yes the public were an annoyance as there was always one that would push the price.The internet has put paid to all of that,(well nearly).

It was a bit tongue in cheek but they all knew each other and there was a symbiotic relationship going on, without the dealers buying the stuff no auction house, without the auction house no dealers. I'm sure that has been true in the provincial auction houses for a long time but the interwebbything is changing it as you describe above.

An illustration of the problems involved with auctioneers and Condition reports.  I was interested in a piece coming up that was fairly pricey. It is at a 'Fine 'Art' auction house.
'Scuffs and Scratches commensurate with age' what does that mean?  The photos were of such poor quality that you just could not examine the item closely.  Then of course there are the ifs and buts at the bottom. How can you examine the item when its online and you cannot see it in person?   Needless to say, I will not be bidding.

CONDITION REPORT.
'No sign of restoration or damage, some minor scratches, scuffs commensurate with age and wear'


Condition reports are available on many lots and are provided as a guide only. Prospective buyers must satisfy themselves as to the condition of any lots on which they may wish to bid, prior to bidding. Notwithstanding this report or any discussions concerning condition of a lot, all lots are offered and sold ‘as is’ in accordance with the conditions of sale printed in the catalogue.

hi, wear and tear commesurate with age seems to be standard blurb from all auction houses also" good antique condition" is another .
I would always prefer to view but its not always possible. I buy a number of watches from auction and it this really is a minefield as very few auction houses have any one who has any horological knowledge and to get a reasonable report you have to guide them through step by step. At the moment i am bidding in a timed auction in canada at waddingtons they have stated that the piece is in fine condition and the photos look fine (we shall see).

I have a little collection of automatics absolute minefield buying vintage watches at auction. Hard enough if you have them in your hand buy buying them remote is a step too far for me.