I recently researched 'Skyeramics' as I had a Planter with this stamp. The potter is artist Morris Manson who originally, after leaving Art College found work as a trainee potter at the world famous Wold Pottery near Beverley in Yorkshire. He then spent around a further two and a half years working (and learning from) renowned potter - Aidan Dixon.
Deciding to set out on his own he, along with his wife Jane, moved to Isle of Skye and founded Skyeramics Pottery in 1972.
He is now back to painting.

I contacted him and he replied, confirming the Planter was his. He said "going by the mark it is post 1976 and the glaze looks like one called Old Stone'"

An original post card with Morris Manson at work (Morris kindly confirmed this) : 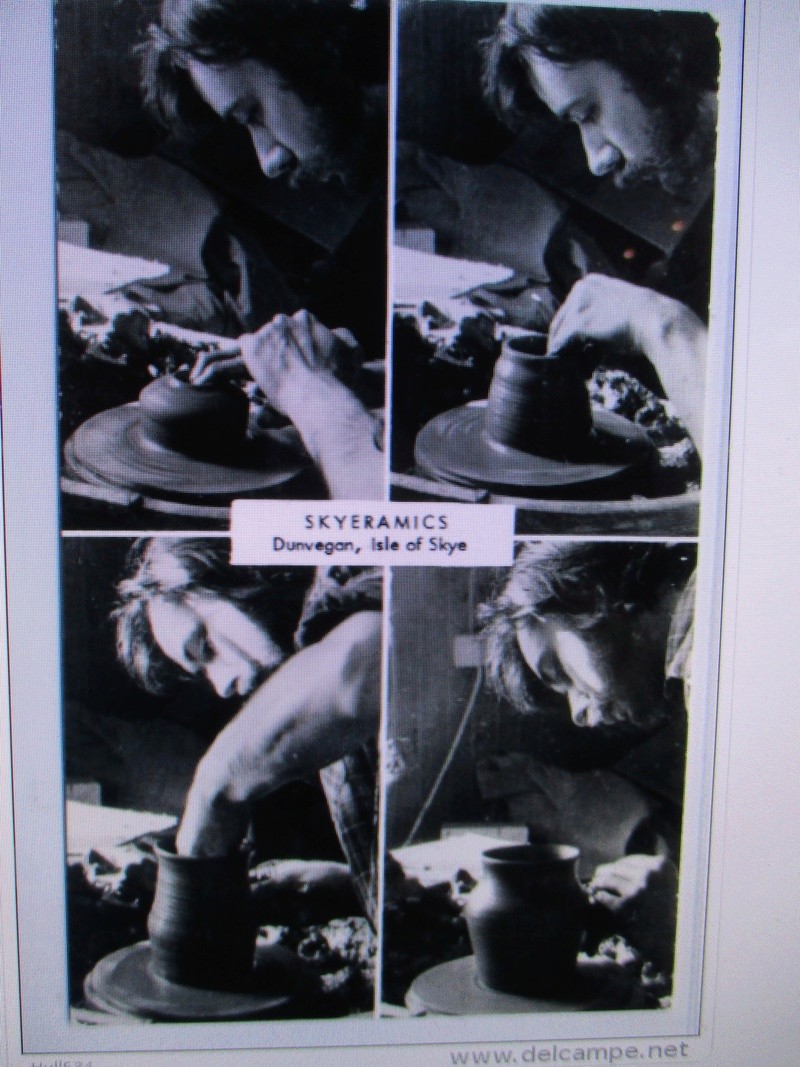 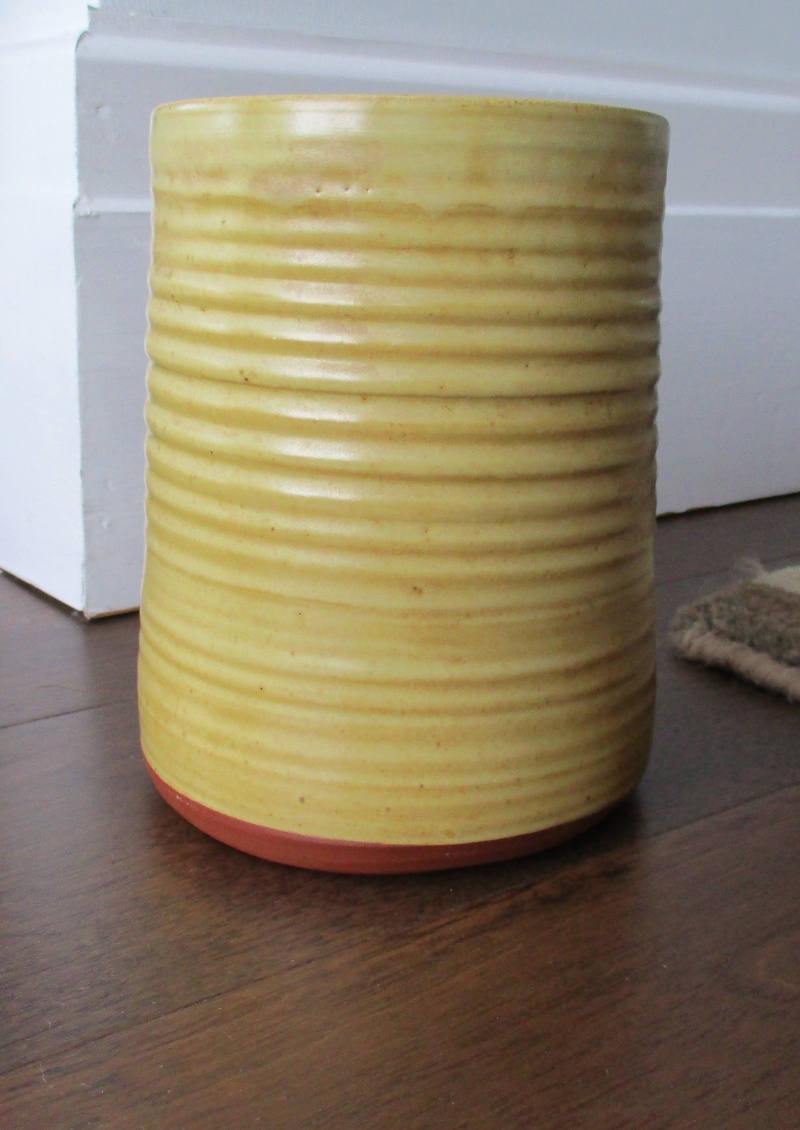 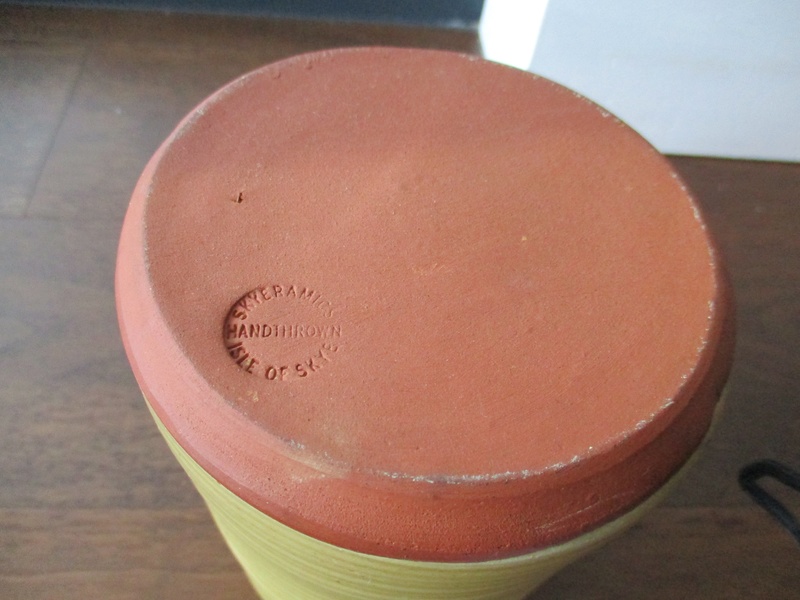 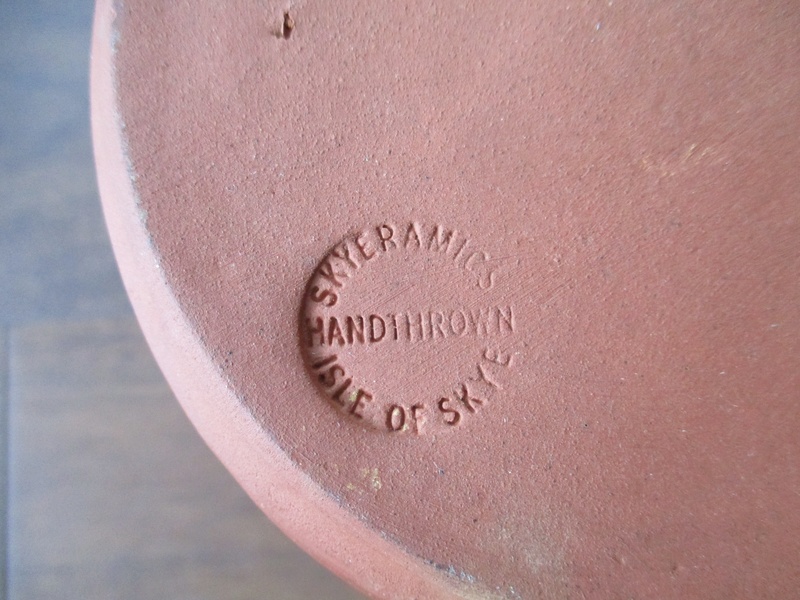