The pottery was established 1887, and continued until 1922, when
it was merged with Ashby Guild and other works, to form Ault &
Tunnicliff until 1937. It then continued as a pottery under various
other ownerships, until closure in 1975.

Dr. Christopher Dresser.
In 1890 the pottery bought many of the moulds from the closure
of the Linthorpe pottery, which included some Dresser designs.
Dresser himself designed for Ault between 1892 and 1900, though
the pottery probably continued production of his designs after the
contract ended.

Much of Ault pottery is unmarked, and is easily confused with the
wares of nearby Bretby. Certain glazes are characteristic, as are
fine turning marks on the bases. 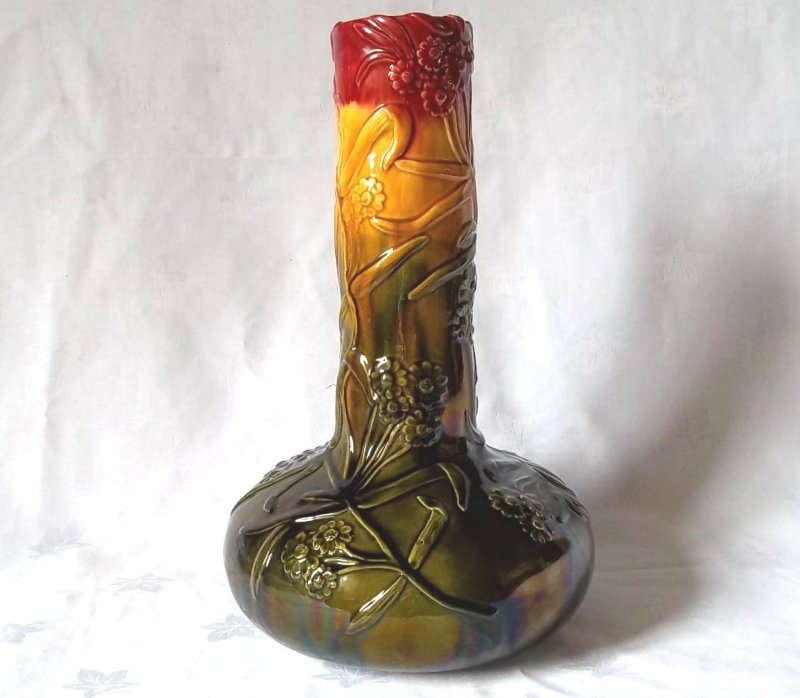 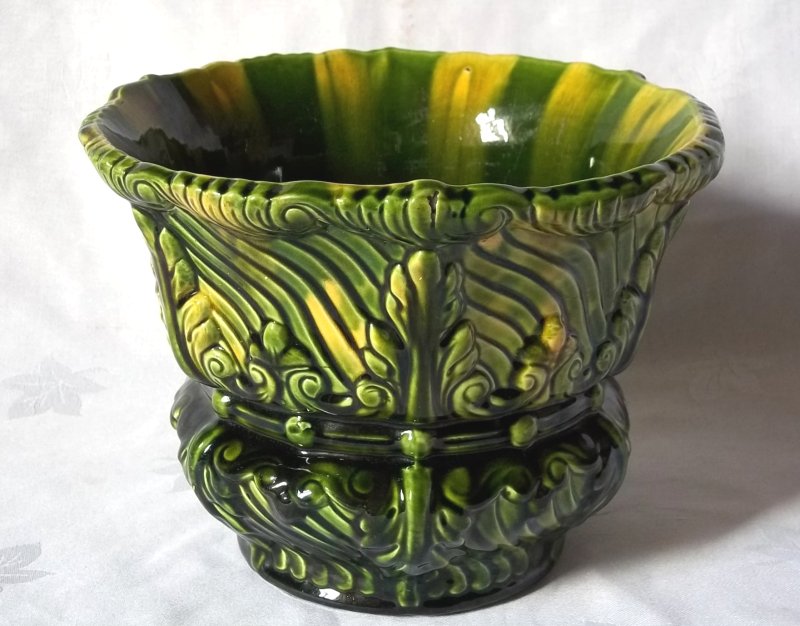 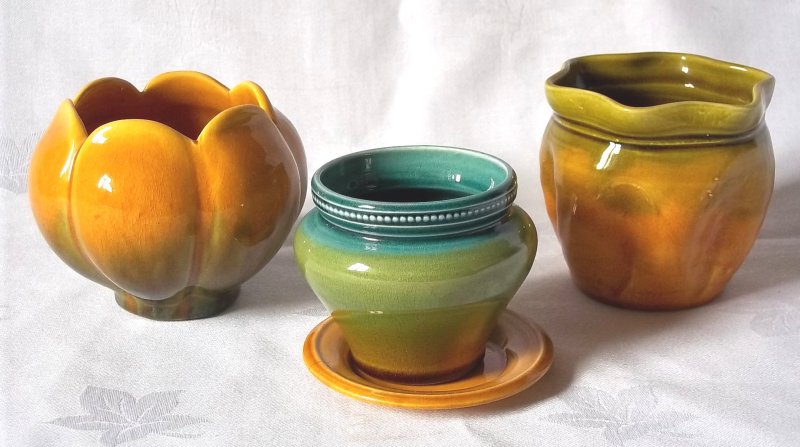 A Dresser design "Scallop shell" vase. These were made in several colours and sizes.
The "Ribbon" mark used on small items, Rd no for 1892. 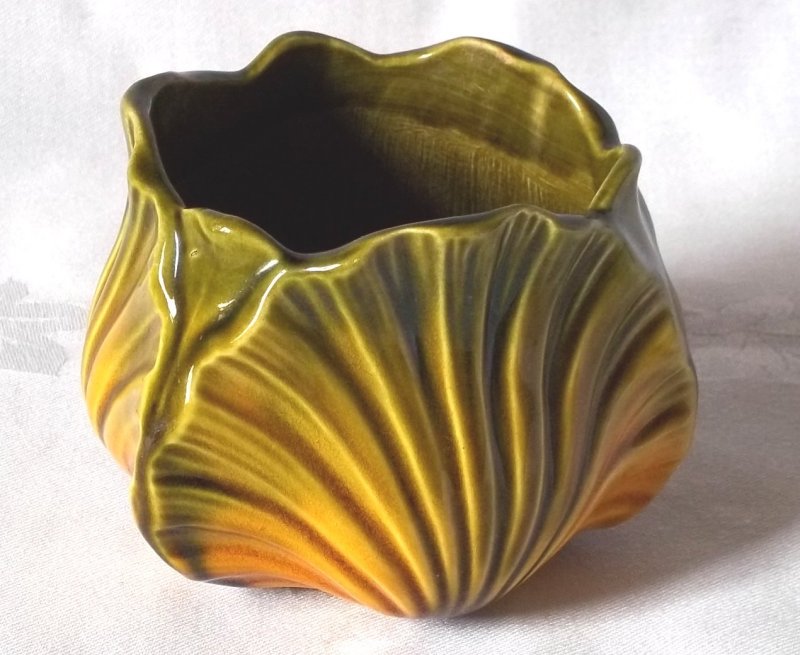 2 unmarked pots with designs attributed to Dresser, hand painted over a sprayed background.

A fellow collector has kindly sent me a factory pattern sheet for these wares. It is known as the "Creke" pattern, and while not a
Dresser design, there were certainly some generic Dresser shapes decorated in this way. 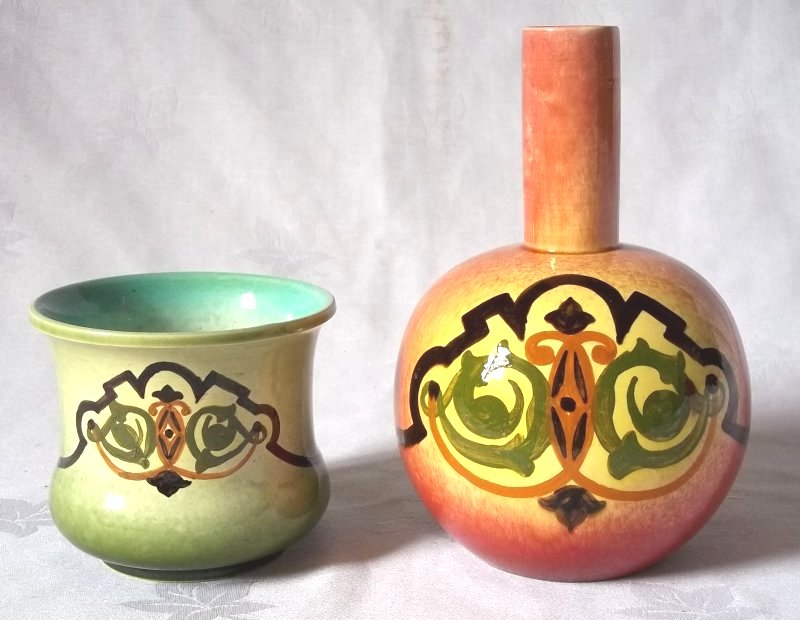 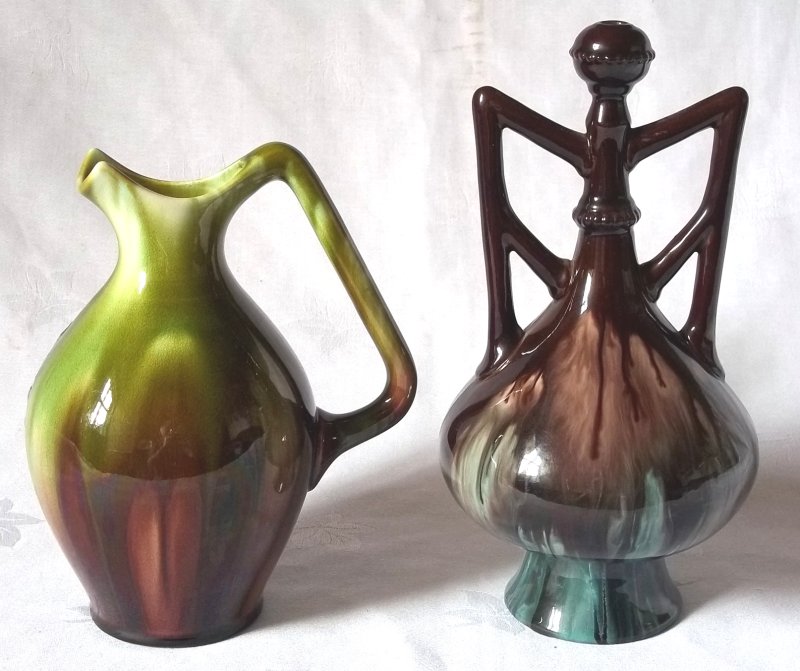 A small hanging planter with a turquoise dot underneath, often seen on unmarked
Ault wares. 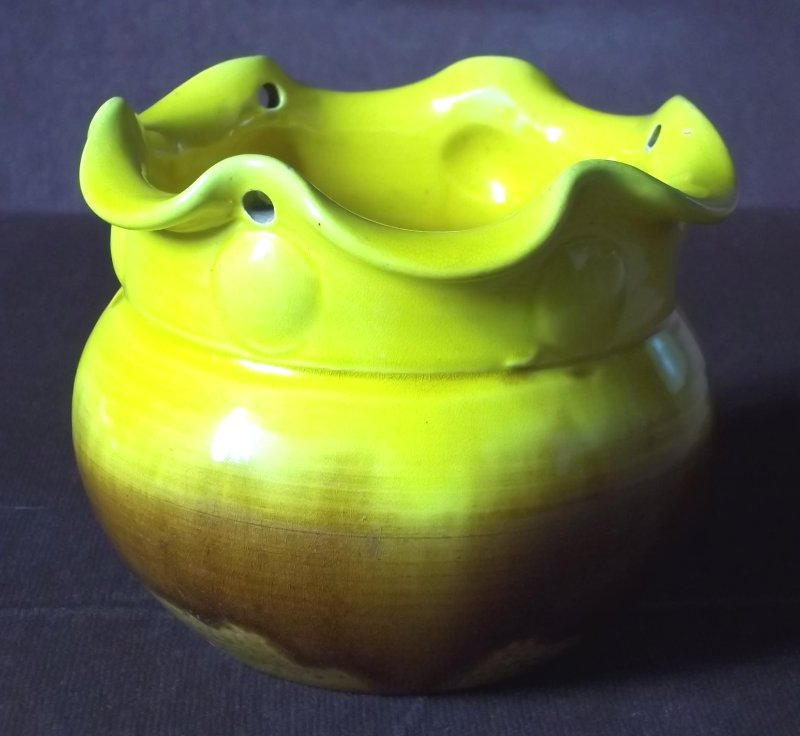 But I still cannot find anything about this make, I thought researching the make would be a doddle, alas no. My recent charity shop aquisition. Curiously green clay too. Thank you! 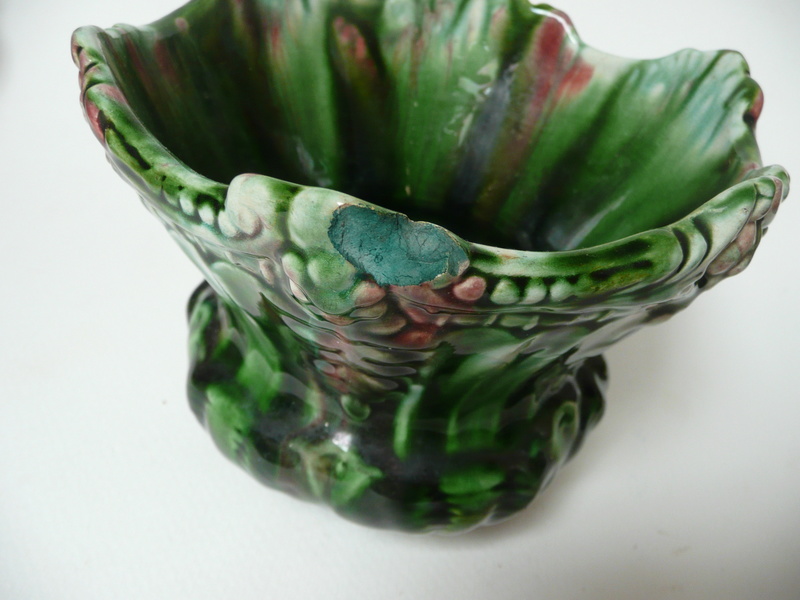 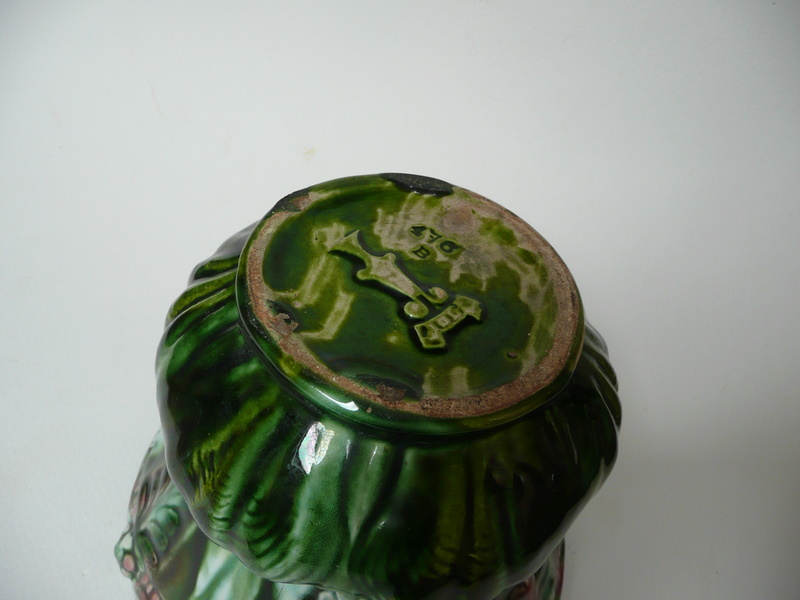 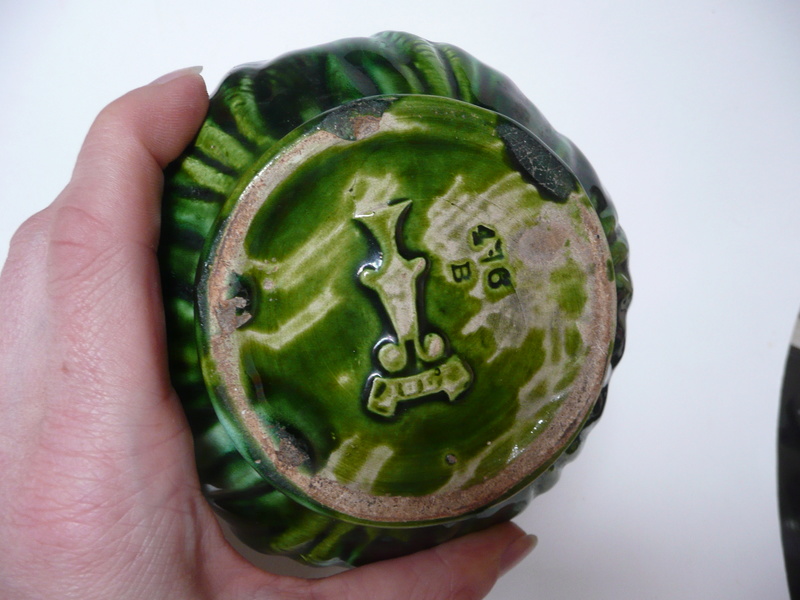 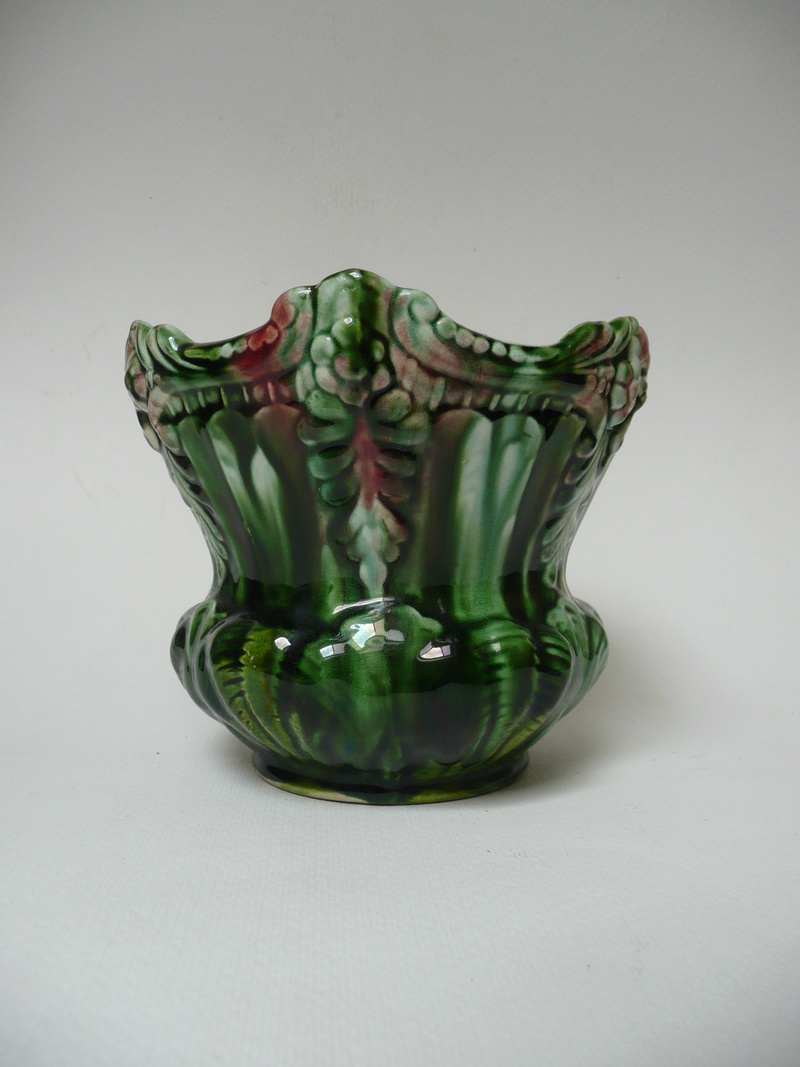 Unless you have very big hands, I haven't seen such a small "Fern" pot with the full "urn" mark!
And as a new member, thanks for taking nice clear pix.

Oh just like that, at the first sign! Thank you so much, I did try various keywords but never thought of "urn", indeed, one learns something everyday.

Hi
Does anyone know this mark??
Thanks 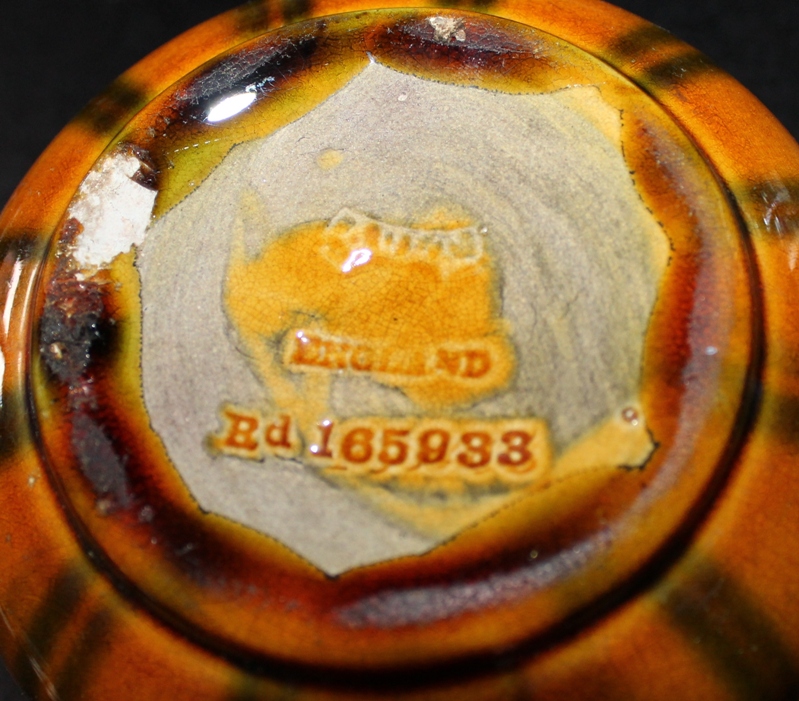 I think it's Ault.

Hi janetpjohn
Many thanks. I just re-searched as well and appears to be Ault.
Have a good one.
Peter