Hoping to get some more info on some plates, bowls and a jug I've come across. It's marked as J.M&S and Laconia.

The marking is with a lion and a unicorn with a crown. There's also a clear R marked on the base of the jug.

Does anyone know anything about this set? Potential date range? Value? Just interested to know more if any of you more knowledgeable folks have come across this before?

There should be 3 photos attached/inserted but trying to do this from my phone so if these are missing please let me know.

Thanks in advance, any help is much appreciated. 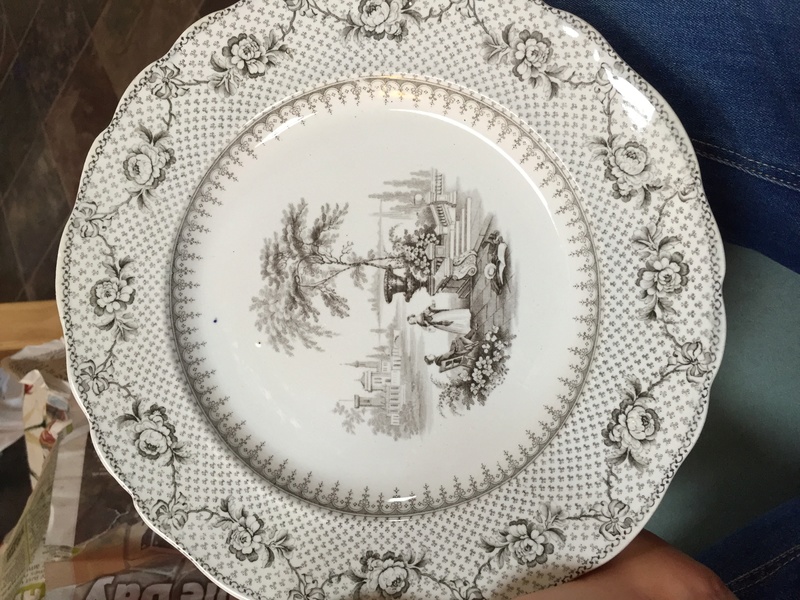 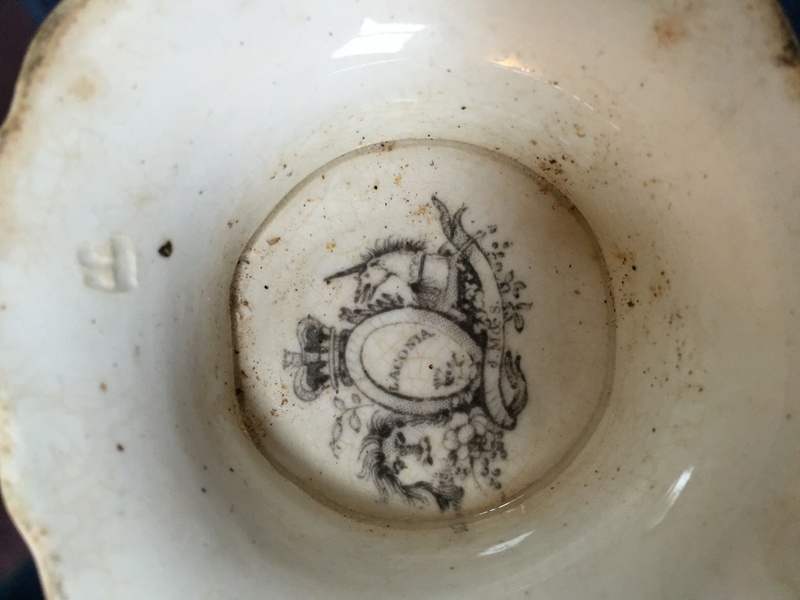 Thanks for that, really interesting. Do you know anymore about them?

The pattern is one of a huge number of generic patterns produced by British potters after the 1842 copyright act stopped them copying illustrations (typically prints of topography, country houses and castle ruins) straight from the contemporary books. The result was uninspired prints for which the potters used pattern names that might be associated with the Grand Tour itineraries or which sounded relatively exotic and mysterious, although unconnected to the pattern.

Anyway, this pattern would have probably have been produced between c.1845 and 1860. It would have been more desirable if printed in blue, although it is better printed than a lot of contemporary dinnerware of this ilk. As to the value, well, selling it probably wouldn't fund that Caribbean cruise!

Thanks very much for the info, so interesting and really grateful you spent time to write that up. I didn't realise this would be mid 1800s. I've been having a look and it seems my five bowls, jug+saucer with 8 plates may be worth around 50-100 pounds so not groundbreaking but really interesting. Is that about what you were thinking re value?

No problem at all, Charlie. The value depends on how you sell them, where you sell them and if you find the 'right' buyer (I know, a classic piece of fence sitting).

Thanks Essenjay. That should have been obvious! It's all about where and when with abit of luck. Im hoping to get abit more into all this so your help is great.