Candlestick, 6". Crystalline glaze, mark appears to be  "M" with a tail encircling the year "2001"

Think it's one we have had before.

I offer up Louis Mulcahy as a possibility - similar designs and does do a similar glaze on some pieces.

There's also a candlestick with a very similar shape (with added handle) and Louis Mulcahy label, so I think that's a positive Id.
_________________
Just my personal opinion, take it or leave it.

Had this beautifully made pot on my shelf for a while, it's not going anywhere but could you tell me if it's Louis Mulcahy?
If it is (I hope so) I've had problems finding a comparative mark, are they mostly marked with stuck on labels? 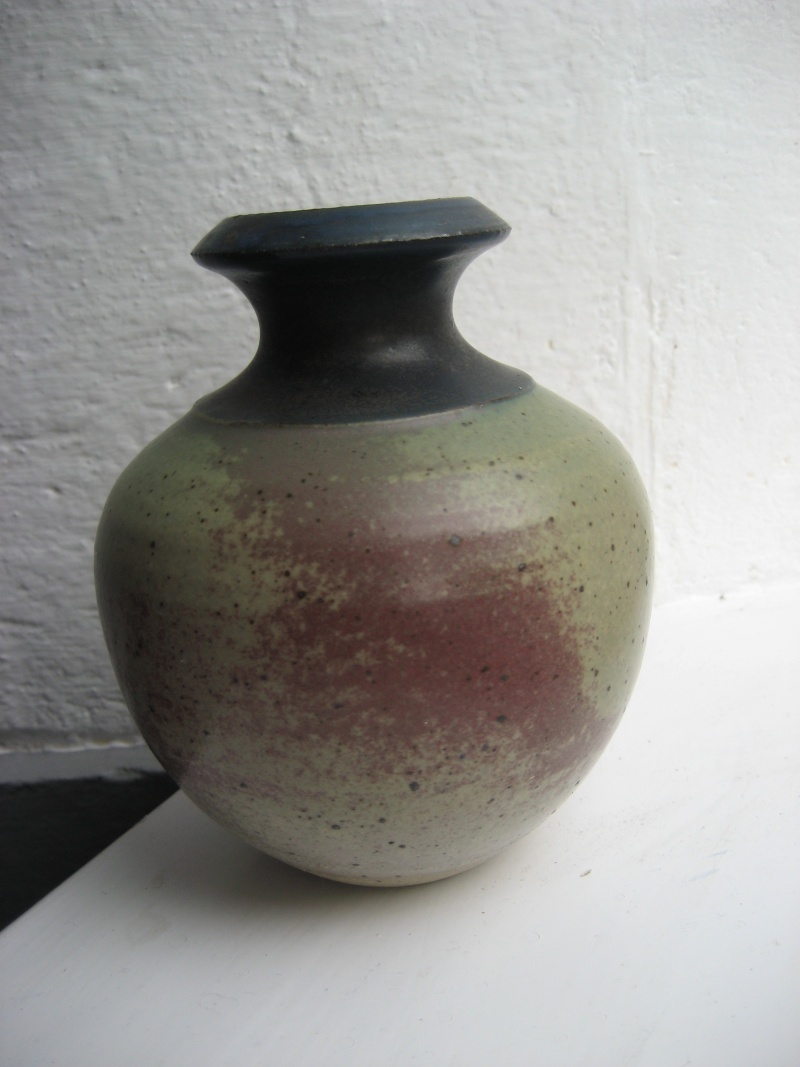 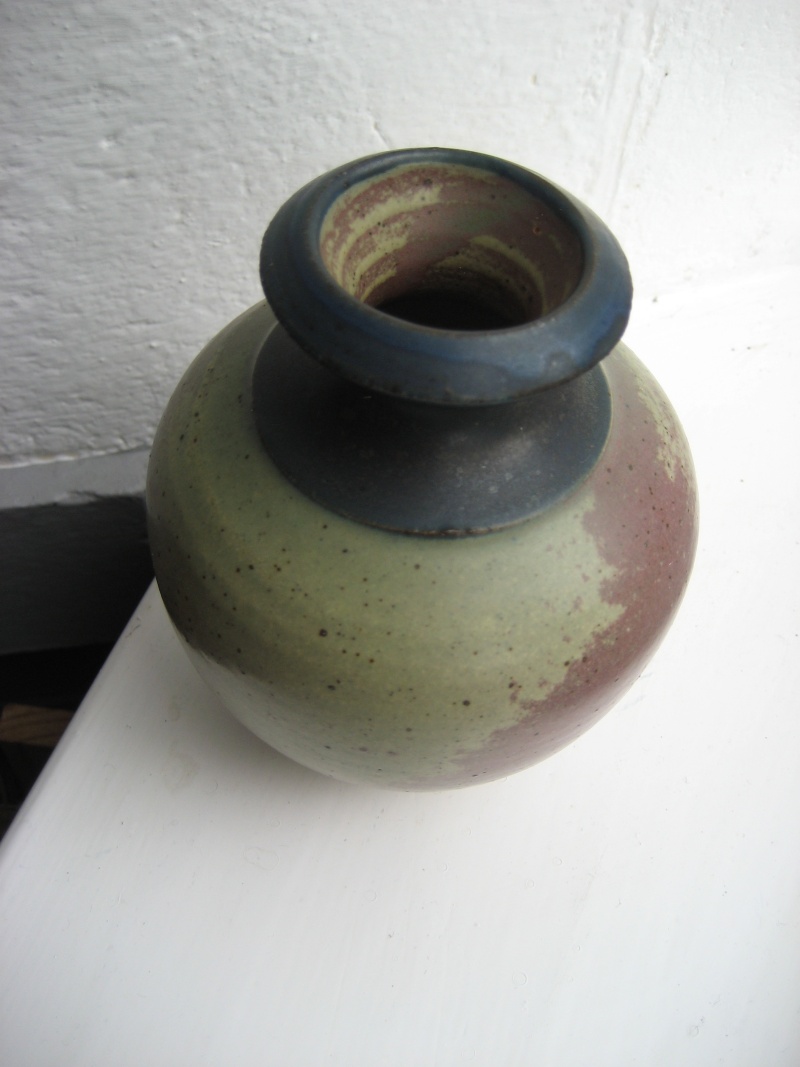 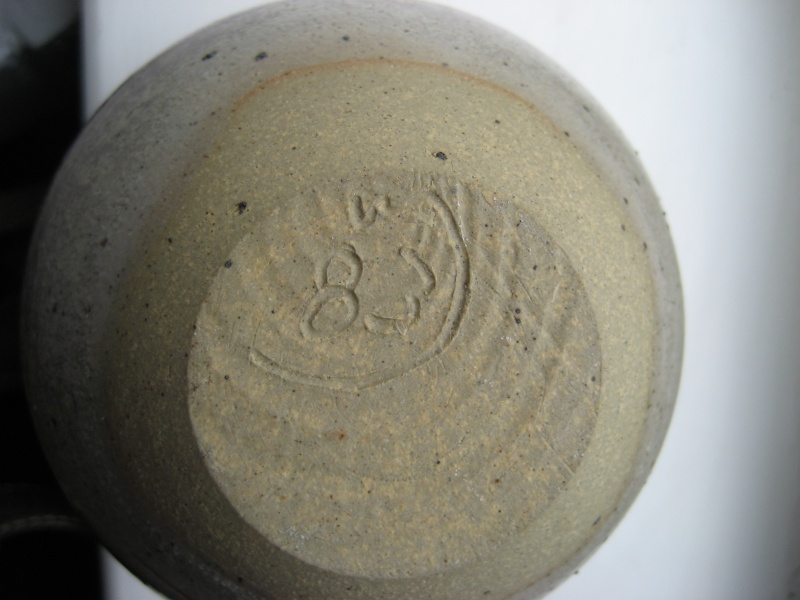 Does seem to be a similar mark to this one, but I don't think we've had a definitive ID yet

Thanks, will try and contact him.
This is the only clear one I found which was similar: 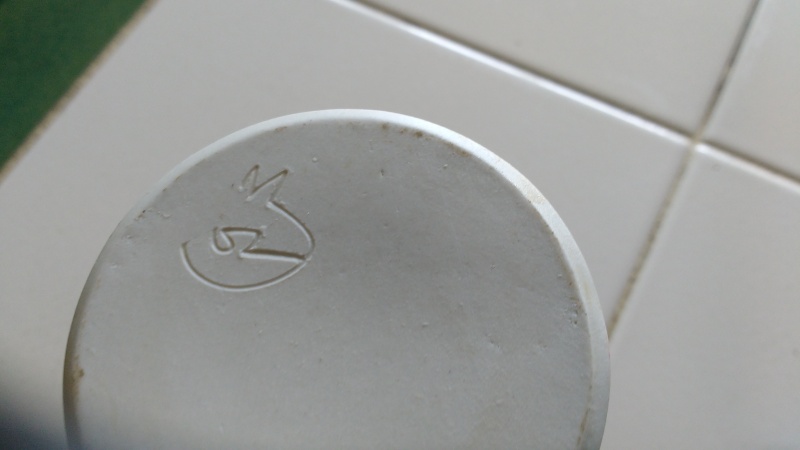 Heres a photo of a mug I have of his - I have come across lots of his pottery (more modern than yours) and the incised backstamp does vary slightly with the M being up the other way sometimes, but to me yours looks right.

That is very clearly marked, and has the same distinctive swirl.
Do you know if the number in the center was the year it was made?...makes sense. Your mark looks like 2002 (I'd love to see the mug) and mine being 1983 would roughly (give it a couple of years leeway) fit in with the change in glaze which is mentioned in "The early beginnings" on his website I've just looked at. He mentions around 1985 he developed a variegated navy blue with brushed oxide decoration.
Thanks for your post debbi32 it's been really helpful. 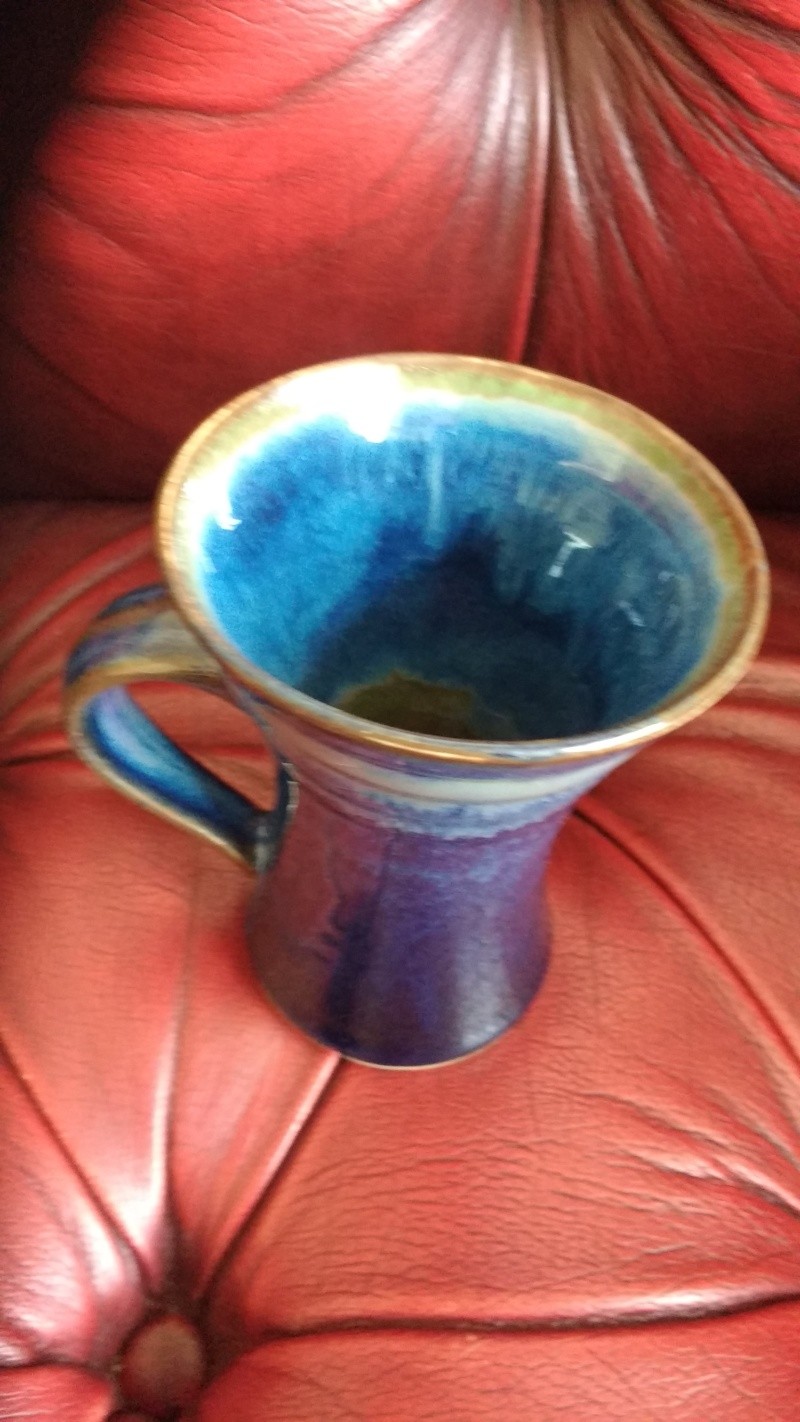 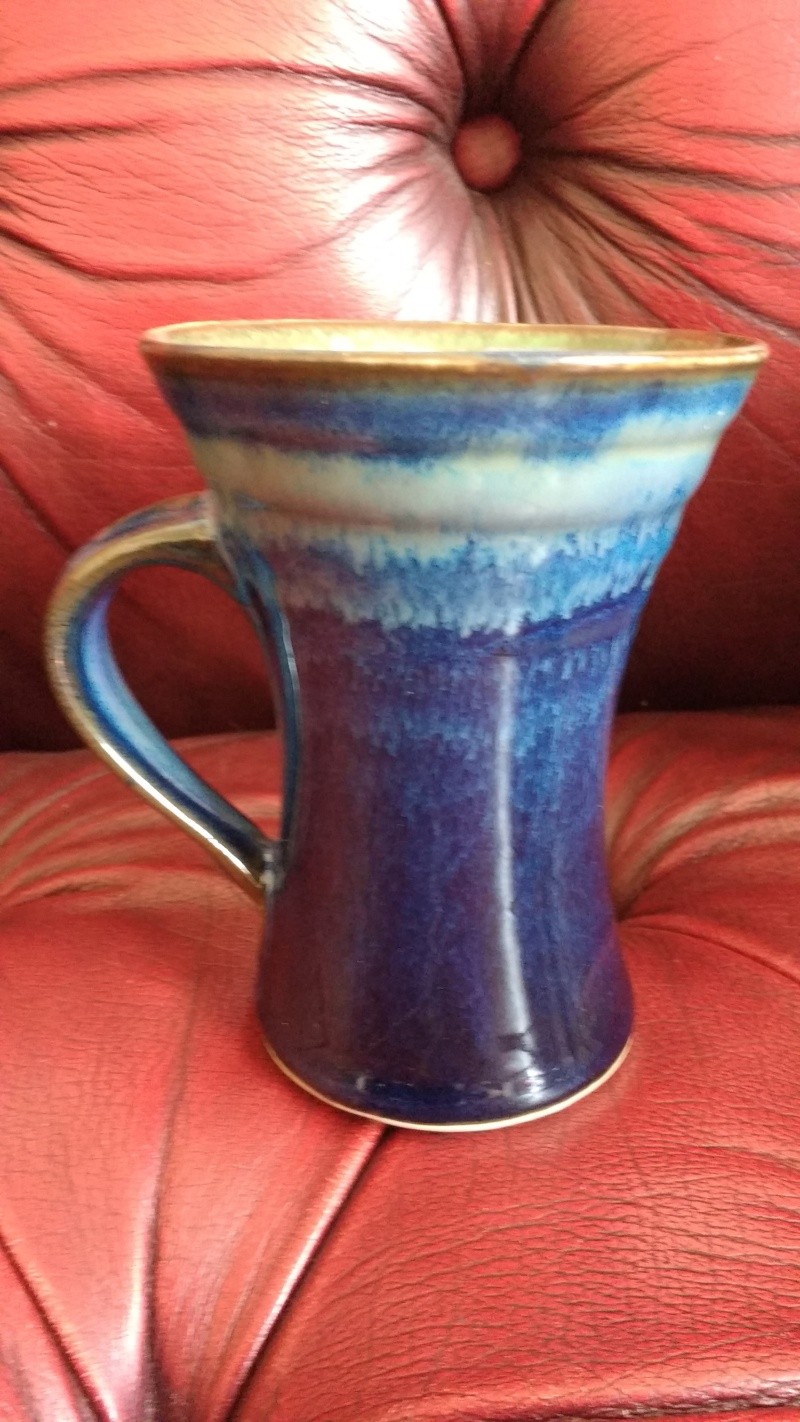 Here are a couple of photos of my mug in the navy blue you were speaking of. I believe that you're right and that the 02 is a date stamp for 2002 making yours '83. Its a lovely pot :)

Nice mug too, thanks for showing it to me.