Lidded pot, presumably for cosmetics, by Gibsons, Staffordshire, England. With crown in the stamp.
Royal blue and gilt decoration 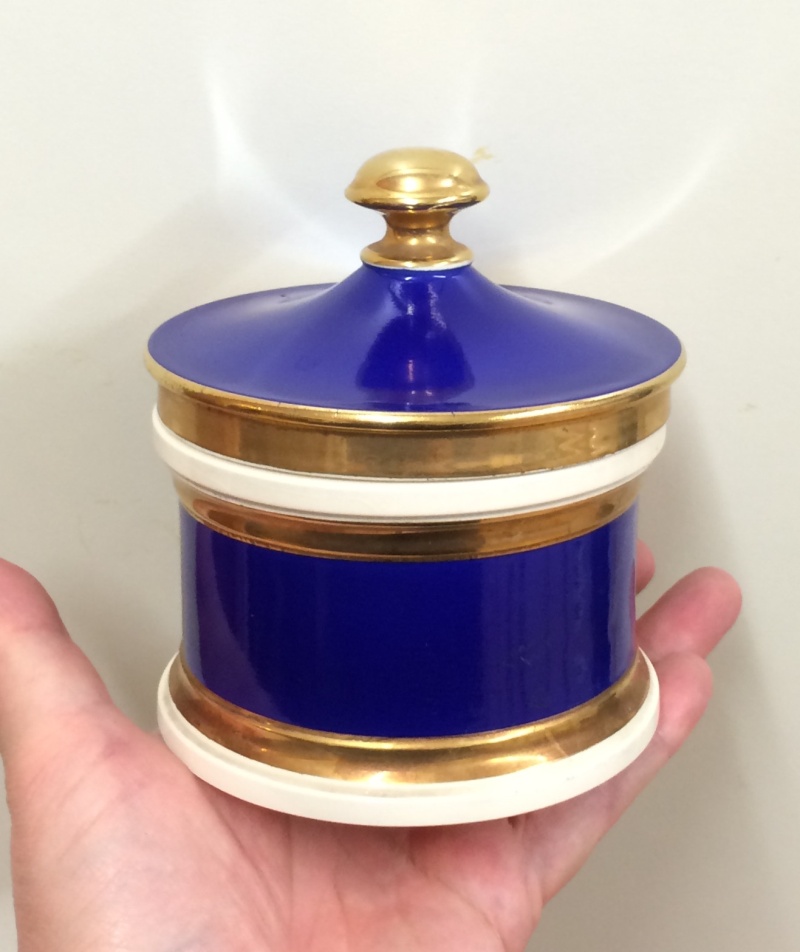 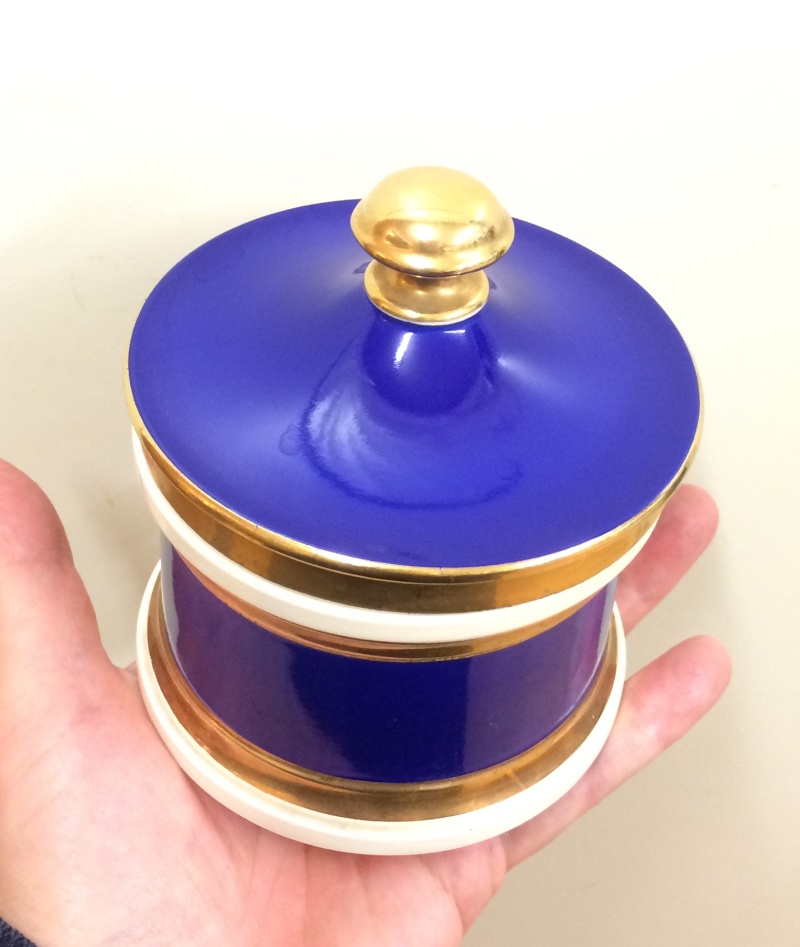 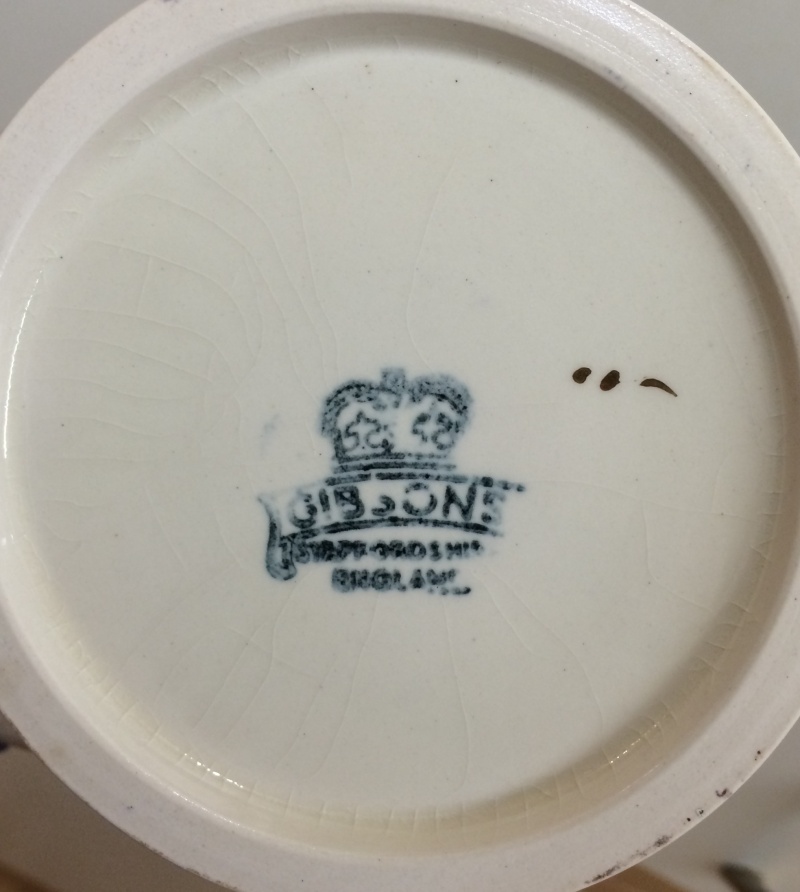 Gibson & Sons began life in Burslem in 1885 and remained there until 1965 when they moved to larger premises in Shelton along with Royal Winton, who were by then part of the same pottery group. Pottery continued to be produced with the Gibsons mark into the 1970s.