Here are two pieces which look to me made by the same company, but the marks are different... 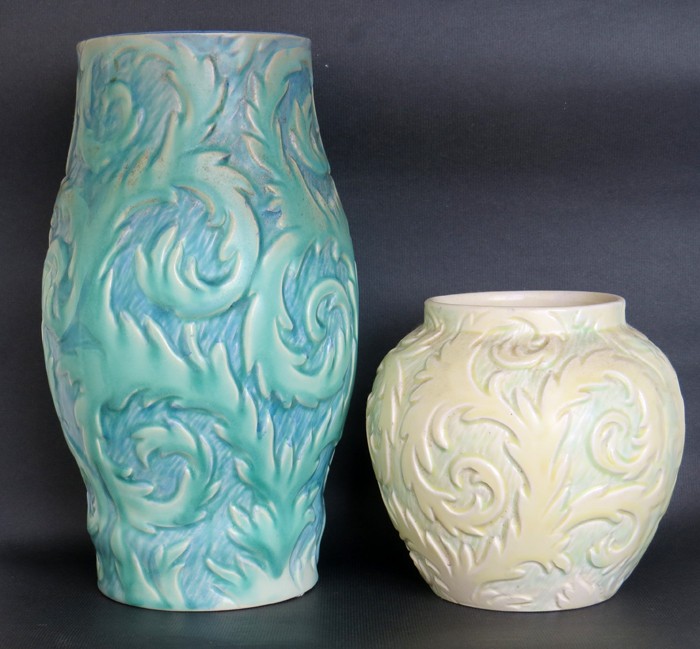 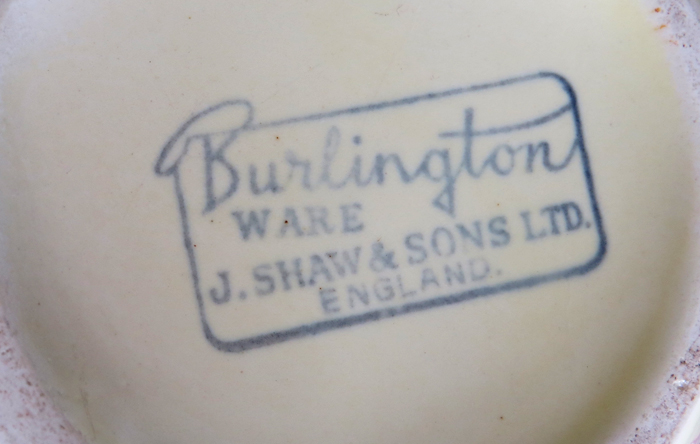 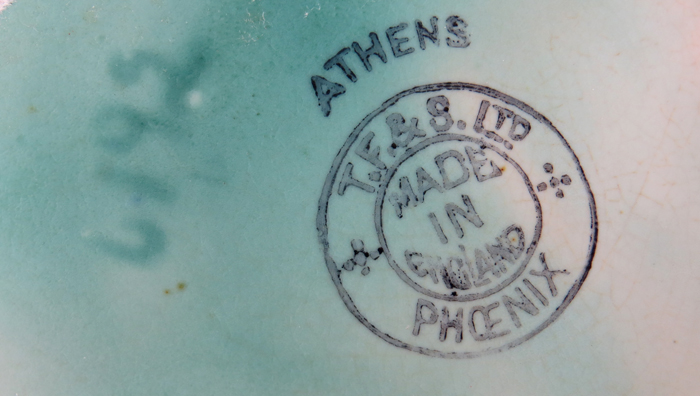 Thomas Forester & Sons Ltd were potters at the Phoenix Works in Longton from 1883 until the firm closed in 1959. John Shaw & Sons Ltd. were in the same Potteries town but started life later (1931) and continued in business until 1963.

The Burlington Ware mark of Shaw's above was the last mark that they used from 1959, so logic suggests that these pattern moulds were bought by Shaw when Forester's closed and used to make vases under their name.
_________________
Now you should know by now that Potty and I need to see your bottom - we're funny that way!

Many thanks for the details, S-P.

Obviously the Thomas Forester designs are earlier than this... I would guess 1940s. What do you think?

Little decorated pottery was made in Britain during the 1940s due to the war and shortages after it, so I think the vase is 1950s (significant supplies of decorated wares came back onto the market in June 1952).

When I starting dealing it is something that I would have thought 1930s but the pastel shades suggest otherwise, although it could have originally been produced in the late 1930s.
_________________
Now you should know by now that Potty and I need to see your bottom - we're funny that way!

When I bought the green vase I assumed it was 1930s. The design is a mixture, with the acanthus leaves lending a touch of Victoriana and the colours looking slightly Deco.