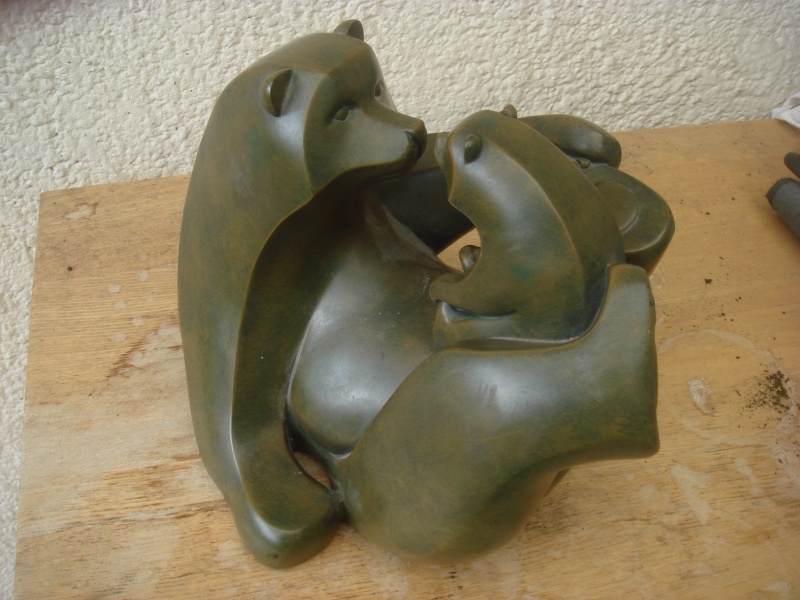 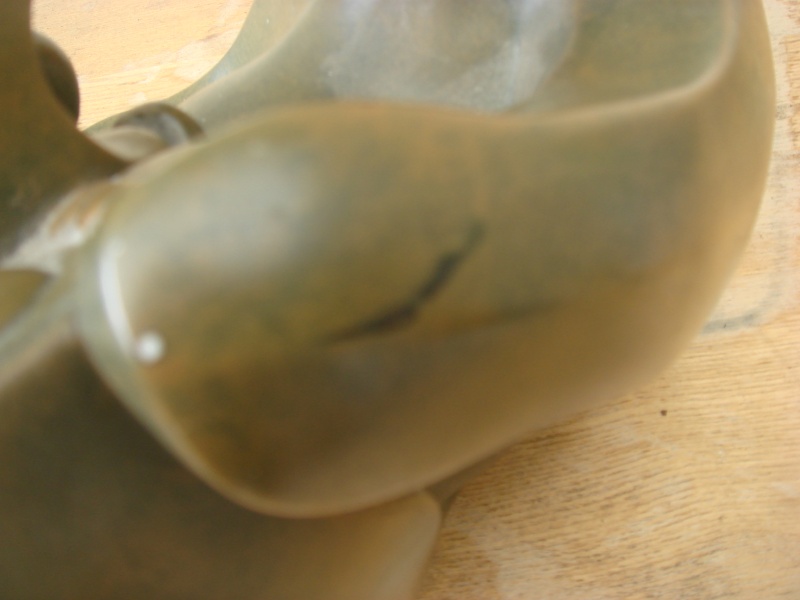 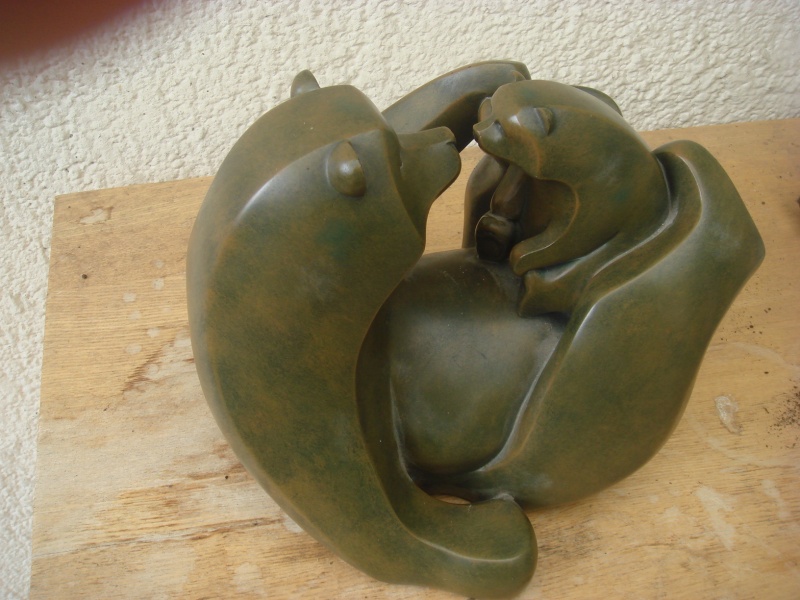 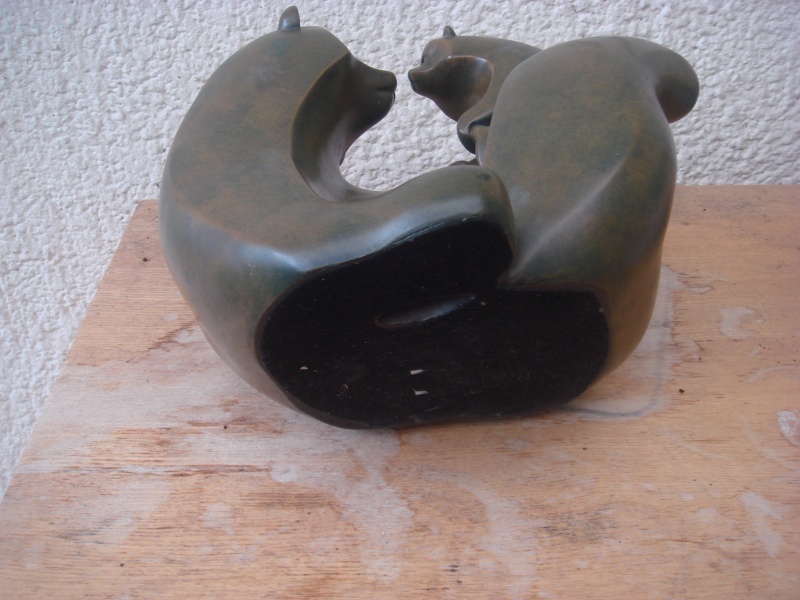 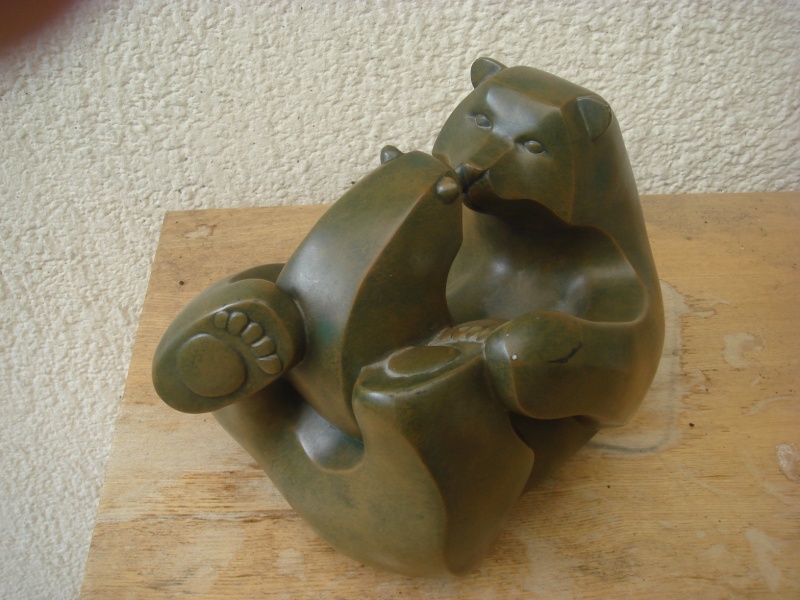 I'm afraid i dont even know what its made of....Russian ? Chinese copy ? Its so heavy that i cant even weigh it ..scales only go up to 5 kilos ..all advice appreciated

Never seen anything like it Brin, Get the bloody felt off!
Could be something nice.

It scratches as you can see in pic..looks dark scratch...gradually picking off the felt

Might be a composite resin. I suspect it's one of those figures made in China and sold in the high street jewellery stores as 'limited editions'
_________________
Carrot cake is just fake cake

There's quite a few sculptors who do bears. Yours might be by Adrian Tinsley whose style is similar. But sadly I think they tend to be mass-produced giftware rather than one-off masterpieces.

Looks like one of the mountain of modern bronzes on the market at the moment. They come in three styles. Classic ladies in art Nouveau poses, classic Americana (eagles, American Indians & mounted riders) and these stylised animals often with cubist influences. I think the designs are based on Northern European artists from the 1st half of the 20th century. I particularly like an owl that is going around, it's very similar to these bears.

They are well made and stylish things. Just not old or limited in any way. I have no idea who is making them. Often you see foundry marks but I have no idea if those foundries are in Europe or China. Prices tend to be in the £80-£150 area on the ones I have seen advertised at fairs. So not much money for the size and impact but you could do better investment wise.

...hope to get gunk off my bottom

There are Japanese and Scandinavian manufacturers making similar pieces. Sometimes listed as 'cubist' or 'origami' because of their angular edges.
_________________
Carrot cake is just fake cake