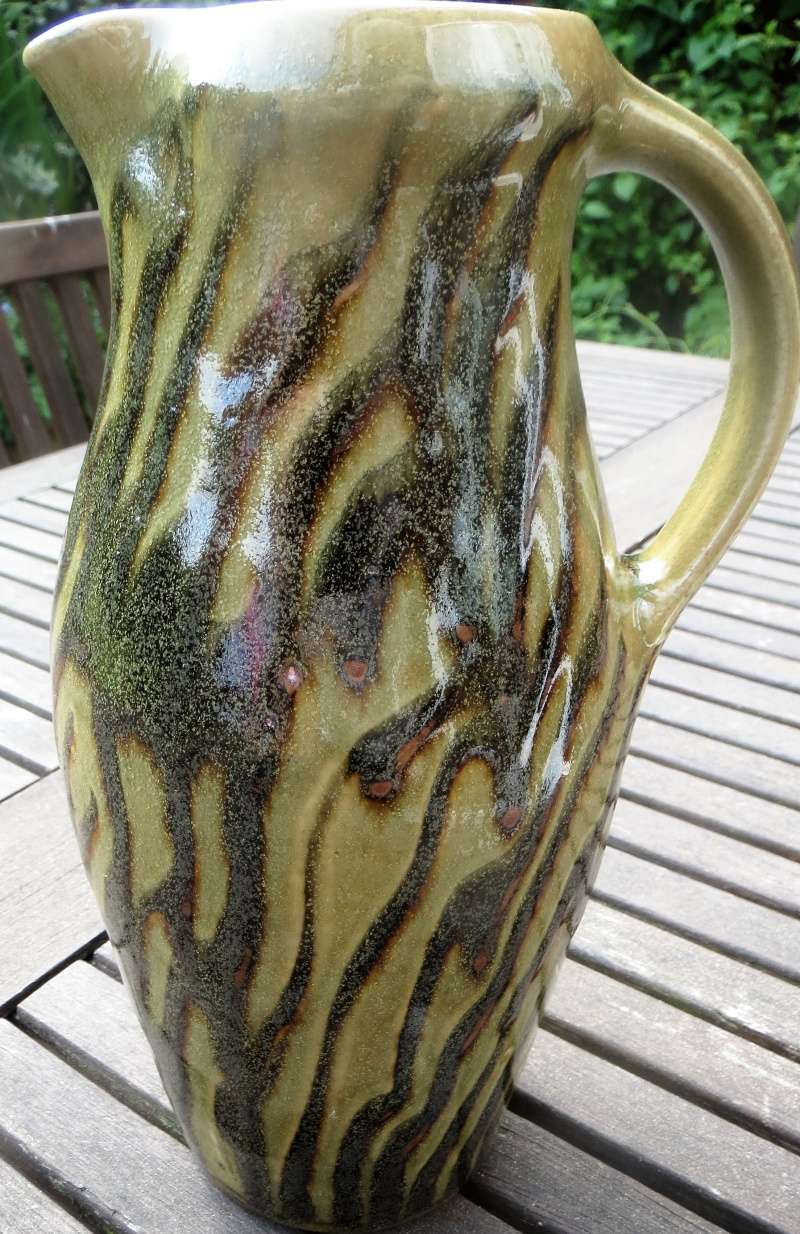 Edward Hughes Jug. 26CMS. Edward Hughes is probably one the finest British potters who worked in the Anglo-Oriental tradition,yet who is relatively little known outside Cumbria. He studied at Corsham,and spent four years in Japan in the early 80's. His throwing shows an beautiful fluidity often,and his interpretation of English slipware traditions in High fired stoneware is exceptional. He died much too early,at 53. The link is to his obituary in the independent,by Emmanuel Cooper which gives a very good summation of his life and career.

There is a beautiful charger of his in the  V & A Collection.

There was a major auction of a collection of his work at Mitchells auctioneers in Cockermouth,in November 2015. This is a link to the Edward Hughes items in that auction,which gives an eccellent insight into his work. His pottery was in Cockermouth 1990-2006. 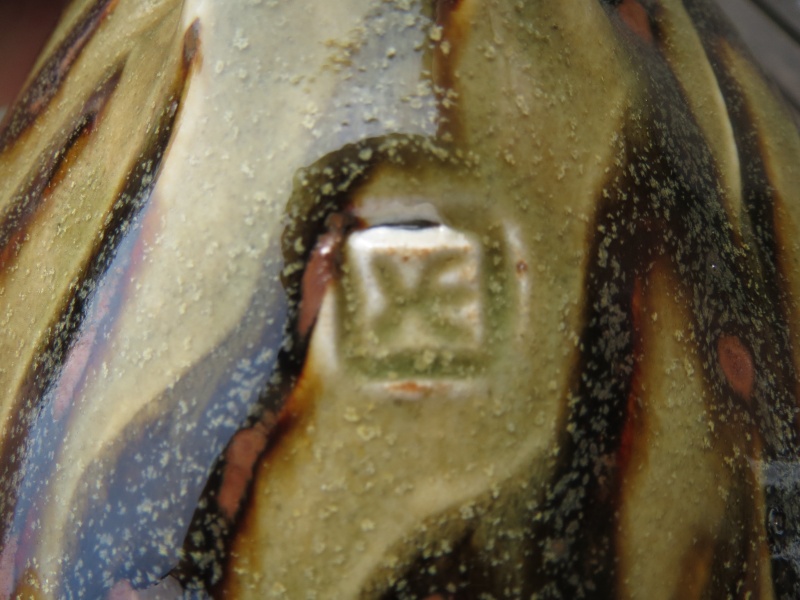 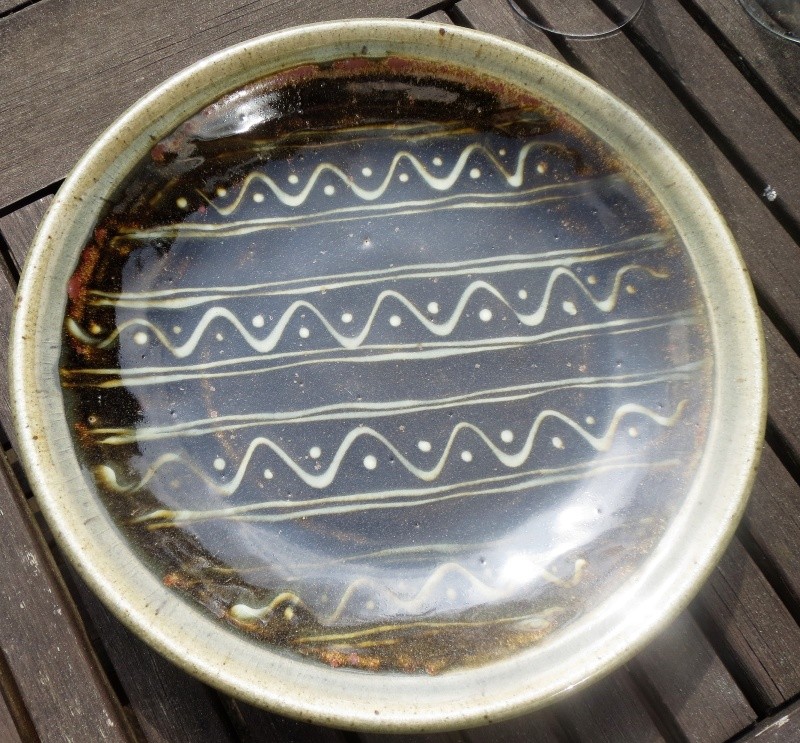 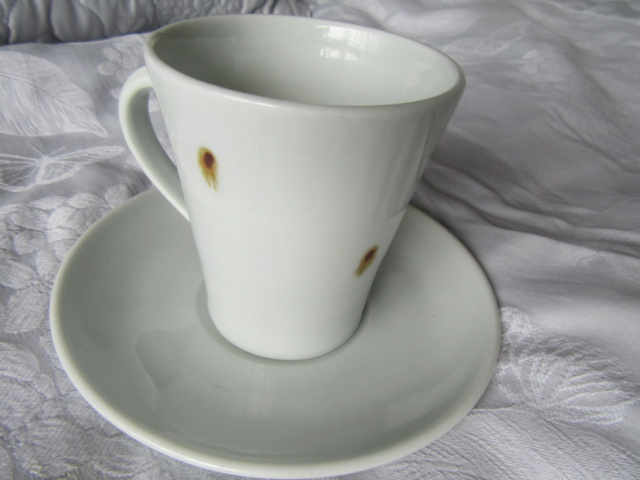 He did a nice cup and saucer as well.