Hello-
I found this amazing mid century vase at an estate sale alongside some other stellar pottery.
The estate was of a woman who was a ceramics masters student at Denver University in the late 50's and early 60's. Alongside this amazing vase I also picked up; a Bernard Leach 'fish' bowl, a Janet Leach vase, 2 yunomis; 1 by William Marshall, 1 by Kenneth Quick, 2 other pieces I will also be asking for help with, and several other nice pieces. There were other pieces that I did not get by David Leach, more Bernard Leach pieces, several other Leach St Ives and other Cornwall potteries items, and a Jean Derval pitcher....among others.
This vase was among strong company to say the least.

I am still kind of dizzy from the experience...

Please see attached and let me know what you think!
Thanks in advance for any info. 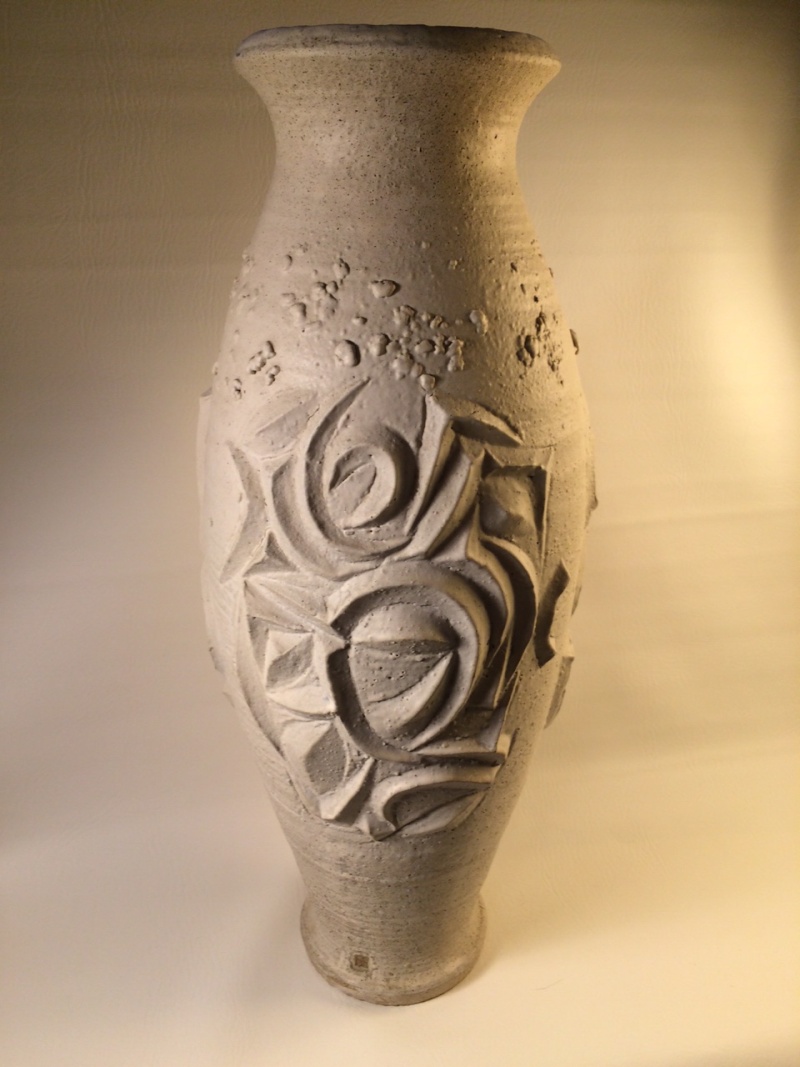 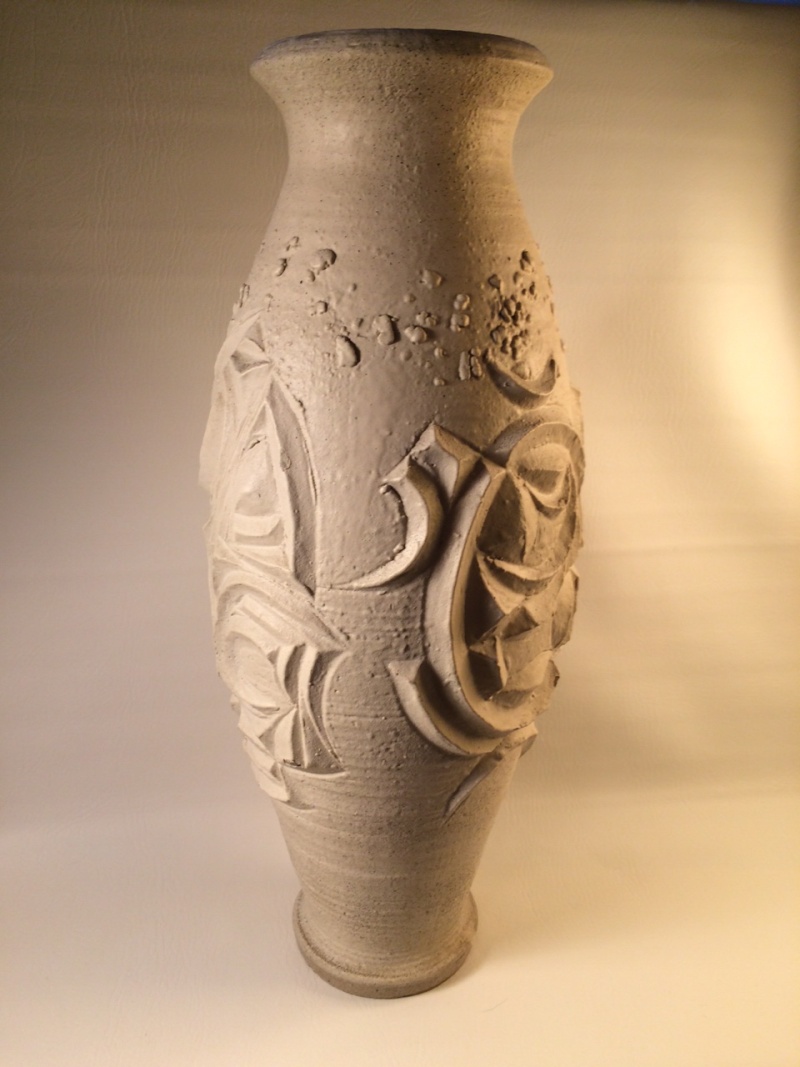 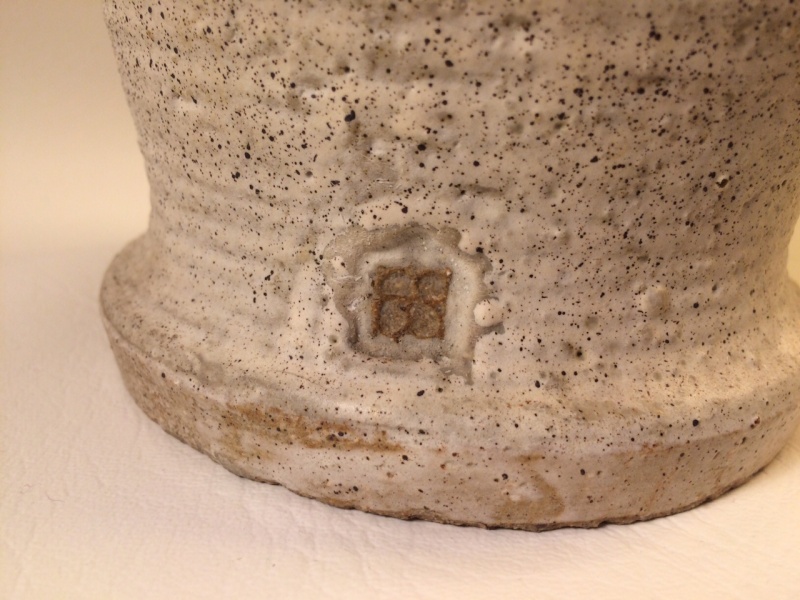 Here are 2 more shots of the mark- sometimes the angles reveal more... 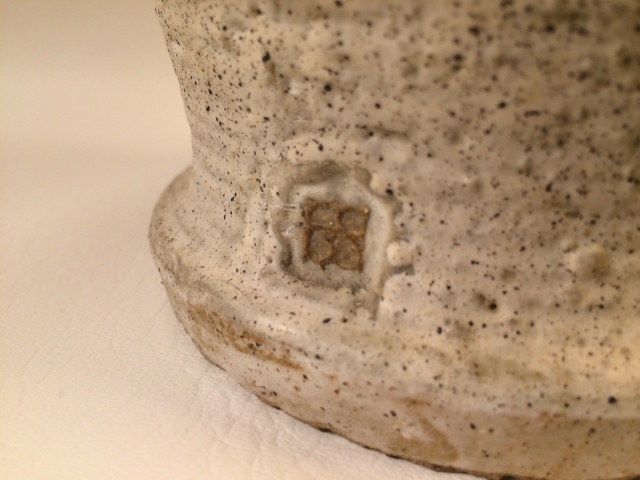 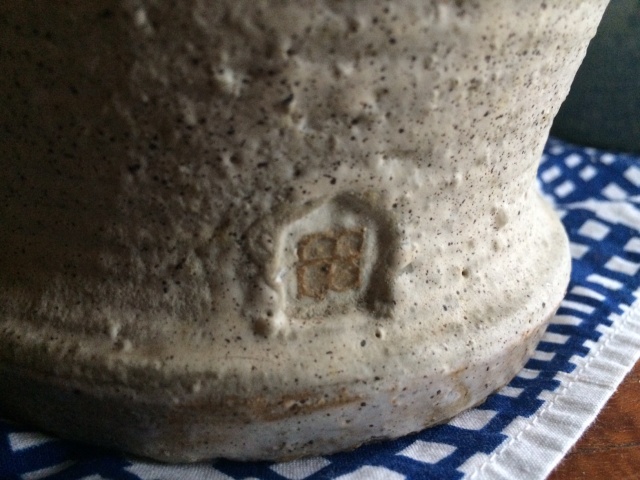 The style of pot and decoration doesn't look British (or Continental) to me, and I don't recognise the mark, so I'm reasonably sure it's by a US studio potter. Best to try the themarksproject.org website which lists many American studio pottery marks.
_________________
Carrot cake is just fake cake

Thanks Naomi- I have exhaustively searched The Marks Project ...to no avail. My inclination that it is not British either...due to style more than anything. I am sure I have seen something of similar style in past searches (looking for other pots/ marks), but this time I am not turning up anything remotely close... I will probably figure it out down the road when I am looking for something else!

Does anyone else think it could it be Betty Blandino? (couldn't stop researching...)

studio-pots wrote:... but she didn't throw and this vase looks thrown. Her pots were coiled and thin walled...

Thanks-
I had kinda deduced the same from looking through her work online, but I had to throw it out there. This is definitely thrown, and 100% not 'thin' in any aspect; it's very well thrown, just more of a 'crock' thickness and heft. 'Substantial' I would call it.
I think the 'house' shape of the indentation is what differs it from any of her marks I have seen (not to mention overall style, method, ect)
The search continues...