Set up at Braunton, Devon, in 1912 by William Fishley Holland after he left Fremington, and owned by a solicitor named Hooper. Fishley Holland left following Hooper's bankruptcy in 1921, but the pottery carried on until 1971, first under W H Garnish (previously of  William Baron's Rolle Quay Pottery) then under Fred Luscombe and Harry Chichester.
http://www.studiopottery.com/cgi-bin/mp.cgi?item=281

And one of  Fred Luscombe and Harry Chichester here:
https://ehive.com/account/4561/object/166965/Braunton_Pottery_Station_Road_Braunton

This is the one piece I have. According to JP Cushion's  Pocket Book of British Ceramic Marks, this mark was used from 1947 onwards. 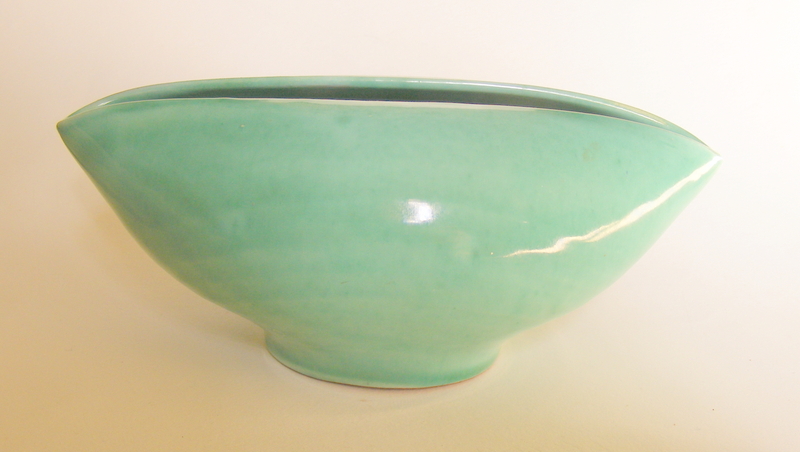 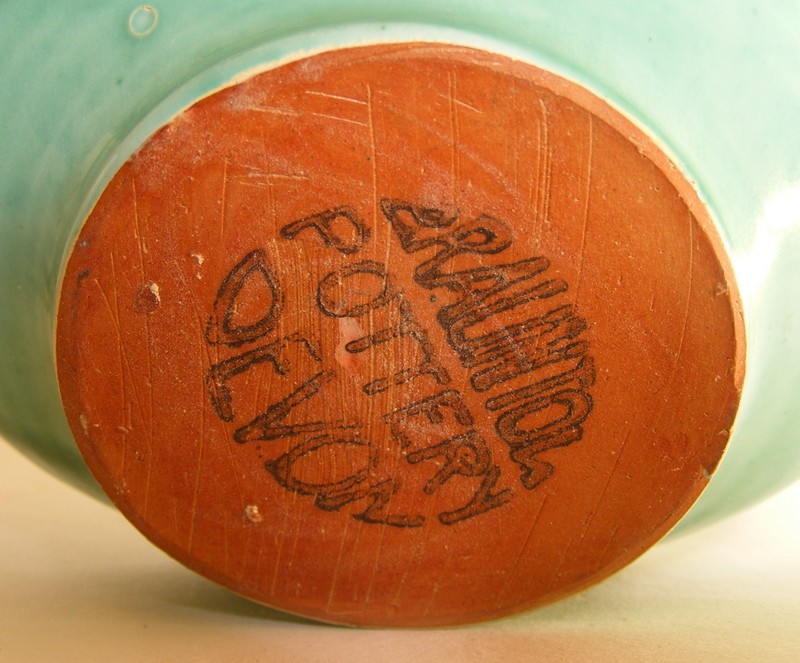