Im guessing this 5 1/2" vase isnt a US piece as the shape reminds me of my Belgium pottery. The red clay color makes me think Germany, maybe?
I puts some corn starch on the E G mark to make it stand out. Im not crazy about the style but love the glaze colors. What you see are a lot of reflections as I had to take the pictures outside
Any ID? 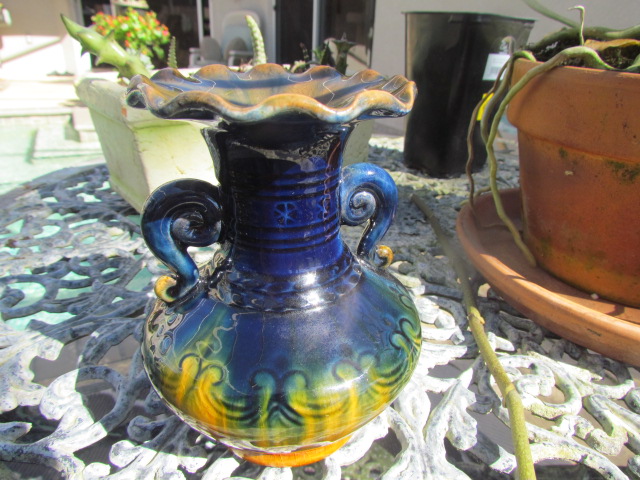 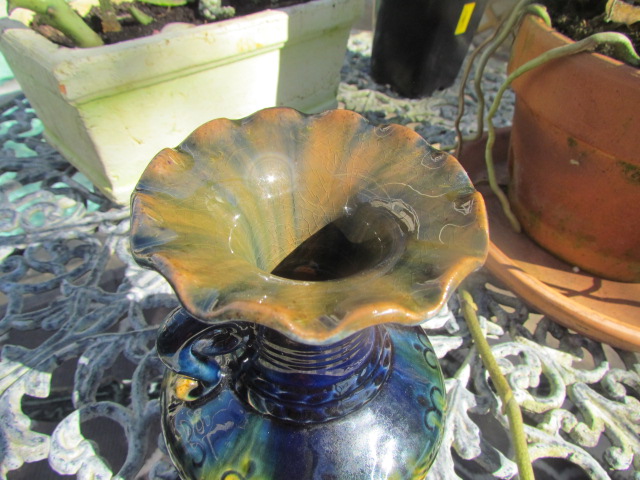 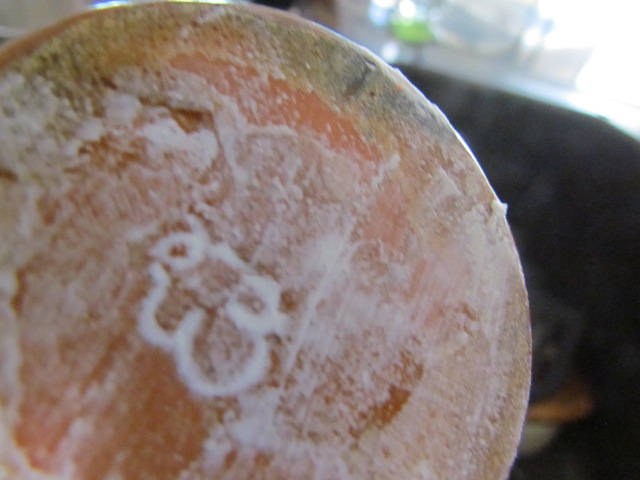 God that's a real mixture of styles you have on that pot. The pie crust top and drip glaze remind me of European pottery from England and the low countries (France, Belgium, Netherlands). The way handles are formed and the design point to a more Mediterranean origin though. The colour of the clay could point to origin but it's not something I associate with Germany as suggested. I think it is one of two things, Spanish who often combine bright colours and mix up styles. Or a very real possibility is what you take to be EG is not that at all and its Moroccan with an Arabic script signature. The colours, style and that white wash base are very Moroccan. I would guess made sometime between 1950 and last week.

My thought was Accolay, France because of the bright glaze colours, but they usually sign them Accolay
_________________
Carrot cake is just fake cake

NaomiM wrote:My thought was Accolay, France because of the bright glaze colours, but they usually sign them Accolay

Thank you, and I do hope you know I mean it. It's an odd piece and looks like it could possibly be a ceramic studio student piece. Perhaps someone brought it home to the US on a vacay