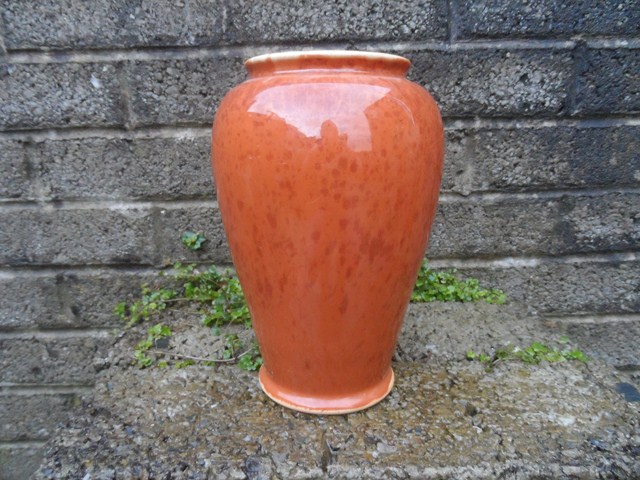 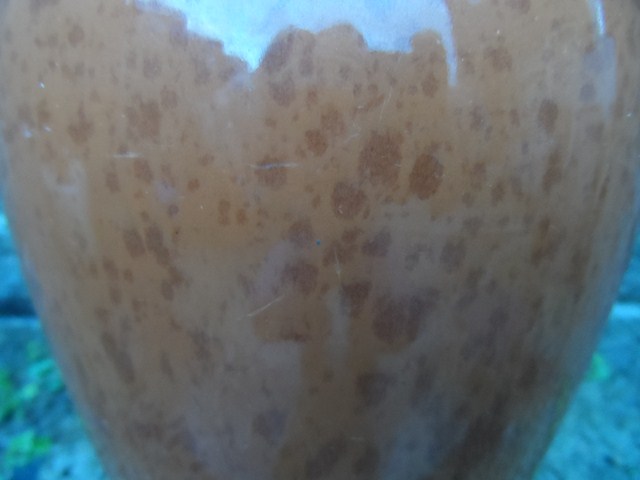 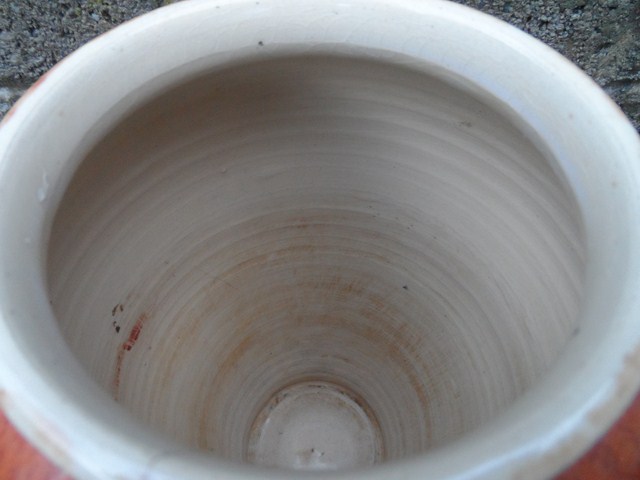 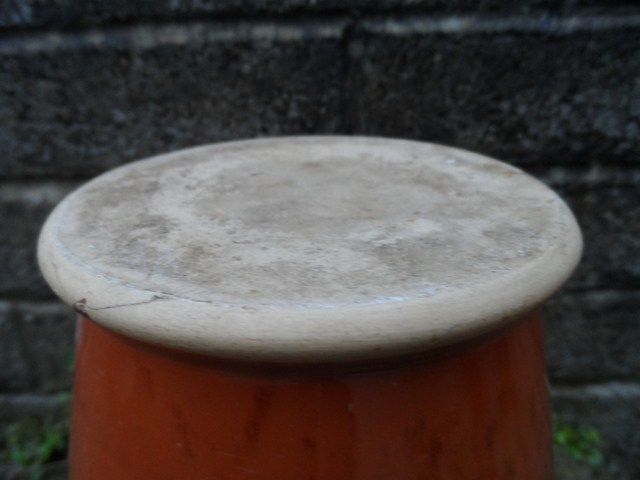 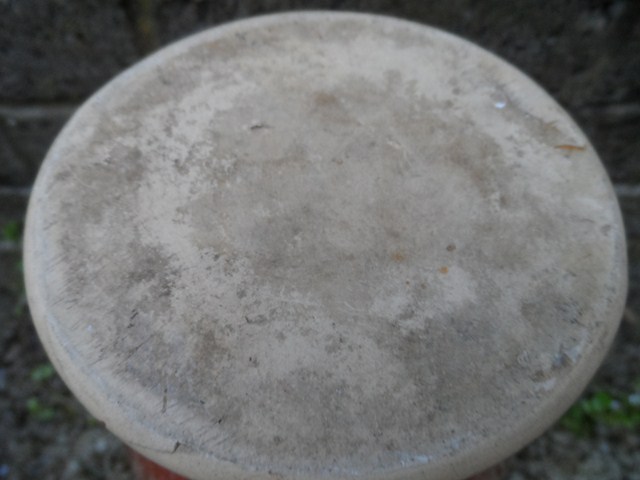 Very hard to identify unsigned works like this. The original origin for this type of glaze is China. European potters struggled to get anything close until the French army decided to raid factories in China in the 1880's and hold the workers to gunpoint until the secrets of how to make theses glazes got divulged. That resulted in a series of highly influential books that got the French started in the mid 1880's and everyone else about 5 to 10 years later. Saying all that the colour is not uranium orange and that discounts it being around the 1st world war when that colour was popular. It does not look earlier, the lack of any mark and the colour of the clay leans me away from anything English. I have seen slightly similar American items but they nearly always have some form of id particularly when they made the rest of the world put country of origin in 1894 if they wanted to sell them anything. I personally believe it is actually Chinese. That gives you the potential for a much earlier manufacture date than 1950's onwards. But it could be any number of countries from that part of the world including Vietnam who make a lot of pottery. I would suggest simply enjoying it. The chance of a exact name are slim.

Thanks Mordeep for the time and effort .

It's a pleasure Carlos. The area of ceramics I mostly focus on is European made within a forty year period between 1880-1920. But once you scratch the surface you find everything ends up with an origin in China. Nearly all the glazes are copies or inspired by Chinese ones. So with any unmarked items the first thing you have to do is discount China as country of origin. The odds are if it has no makers stamp, no numbers imprinted anyplace and it has a reasonable quality to it then its Chinese.