The two link pages below describe the life and craft of Henry Hammond (1914-1986) better than I ever could. He is one of the greats of British Ceramics and his works are in most of the major collections.

I bought this bowl about three years ago after a visit to the V&A which has a few inspiring pieces on show. It is a failure, the celadon glaze which needs to be applied thickly to create the correct glaze effect has run over the decoration and mostly obscured it. I could not afford a otherwise undamaged early bowl of this size. The subject is 'Leda and the Swan' - a rather unsavory tale from antiquity (Wiki Leda and the Swan) . Stoneware, 350mm and bloody heavy - rings like a bell. Has the early HH painted /inscribed mark not the better know HH stamp as according to EYORF. 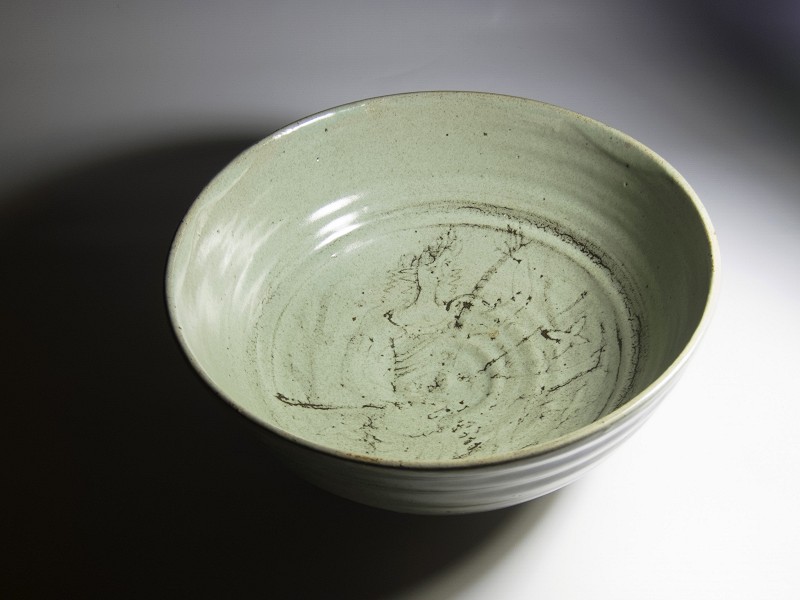 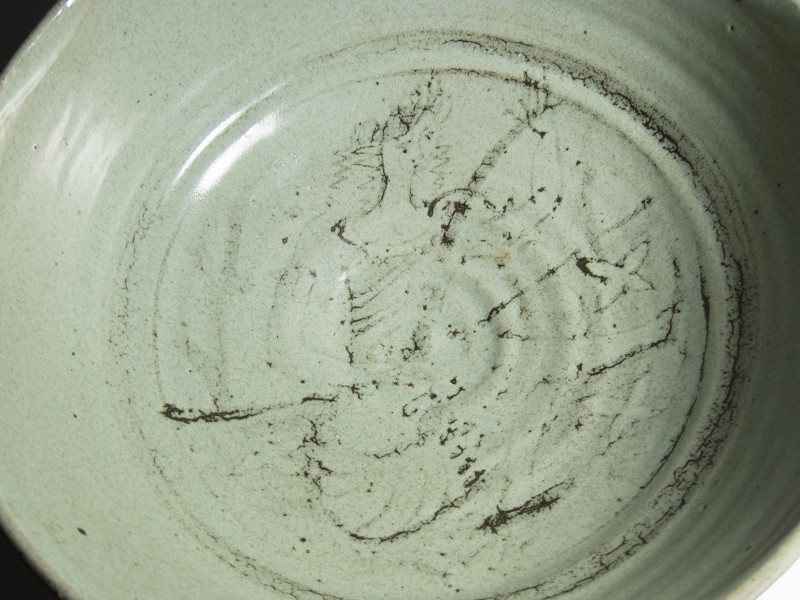 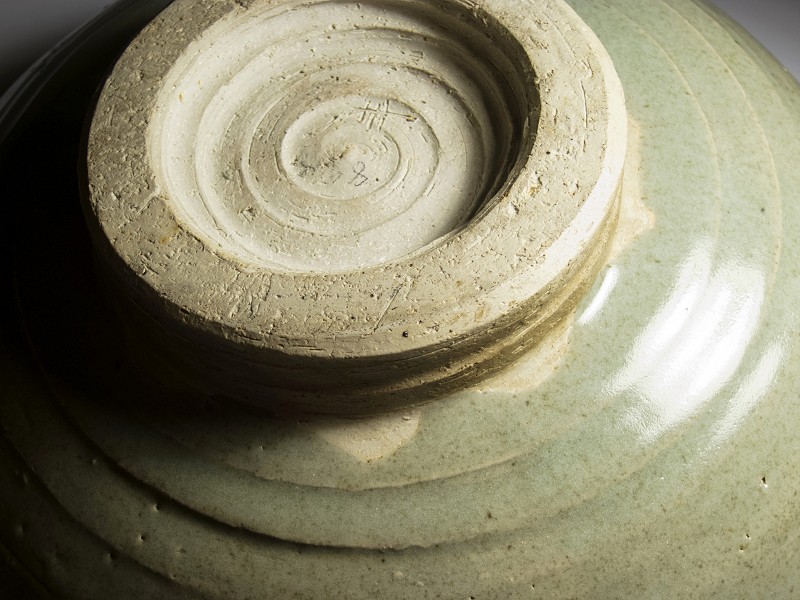 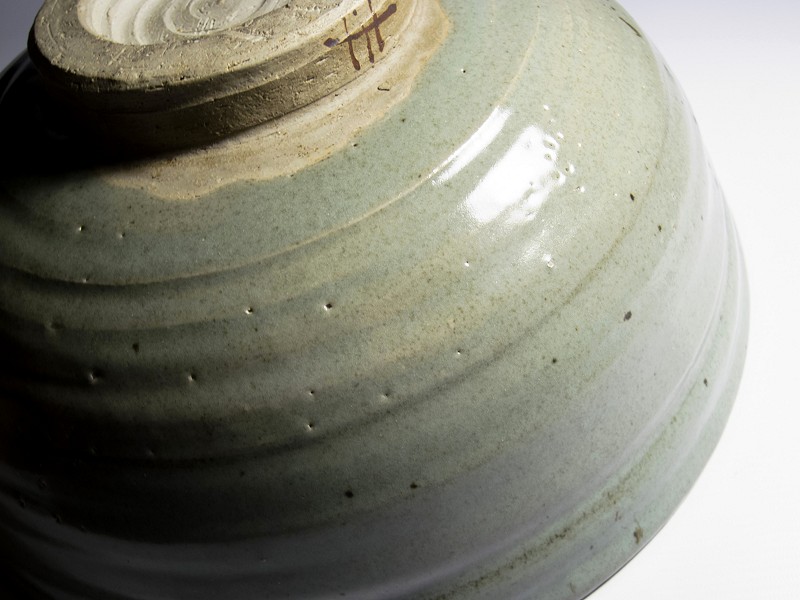 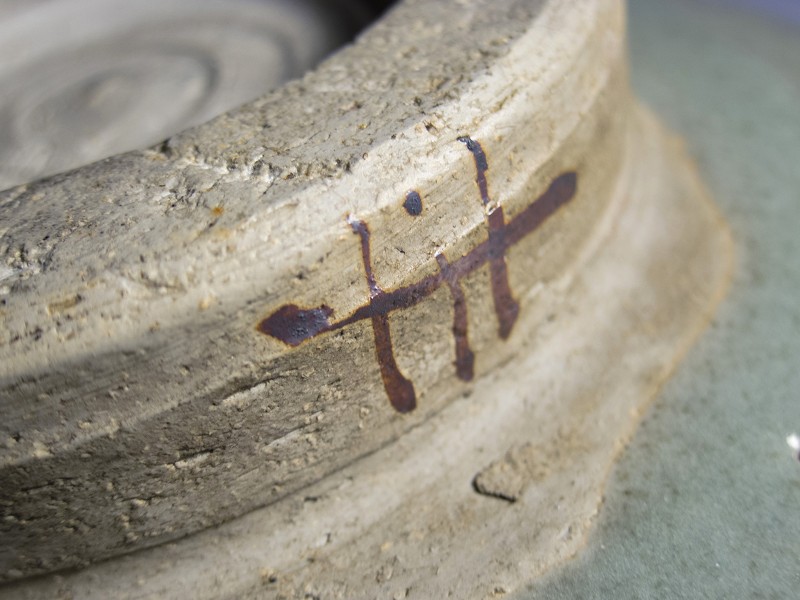 The pottery school that he established at Farnham School of Art became probably the finest in the country when he was in charge, with many important potters starting out there. This commitment to teaching did result in him producing relative few pots during his life.
_________________
Now you should know by now that Potty and I need to see your bottom - we're funny that way!

He's here as a 'Famous Sons and Daughters' of Farnham...... rather a short list you would expect.

Henry Hammond was born in 1914. He studied at the Croydon School of Art until, at the age of 20, he won a scholarship to the Royal College of Art. He is best known for his brush decorated stoneware, but also worked in porcelain and in his early days as a potter.

In 1939 he was offered a job as the pottery instructor at the West Surrey College of Art. He was unable to accept as he had been called to serve his country in the Second World War. After his return from war, Henry Hammond spent some time in St Ives with the studio potter and art teacher Bernard Leach. He later returned to Surrey to take up the role of pottery instructor until he retired in 1980. After the war, Henry Hammond shared a studio in Bentley with colleague and potter Paul Barron. Together they helped to build up the ceramics department at Farnham School of Art.

Henry was awarded the MBE in 1980, six years before his death.

A couple of bowls that I sold recently.

The one on the left was originally purchased from a solo exhibition at Primavera in 1958 and was illustrated in an edition of Pottery Quaterly.
_________________
Now you should know by now that Potty and I need to see your bottom - we're funny that way! 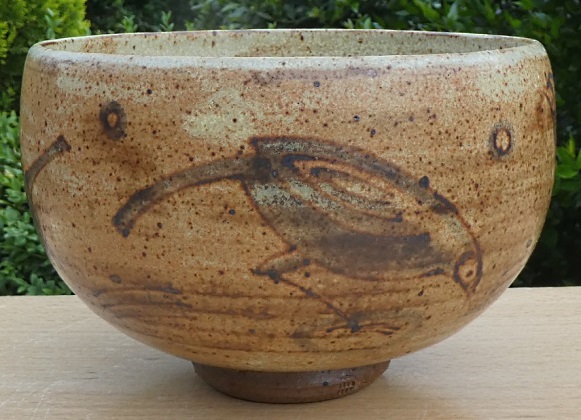 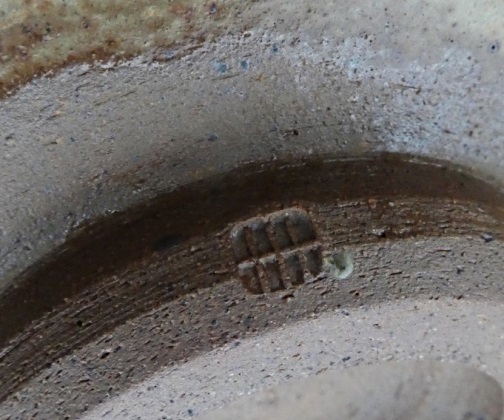 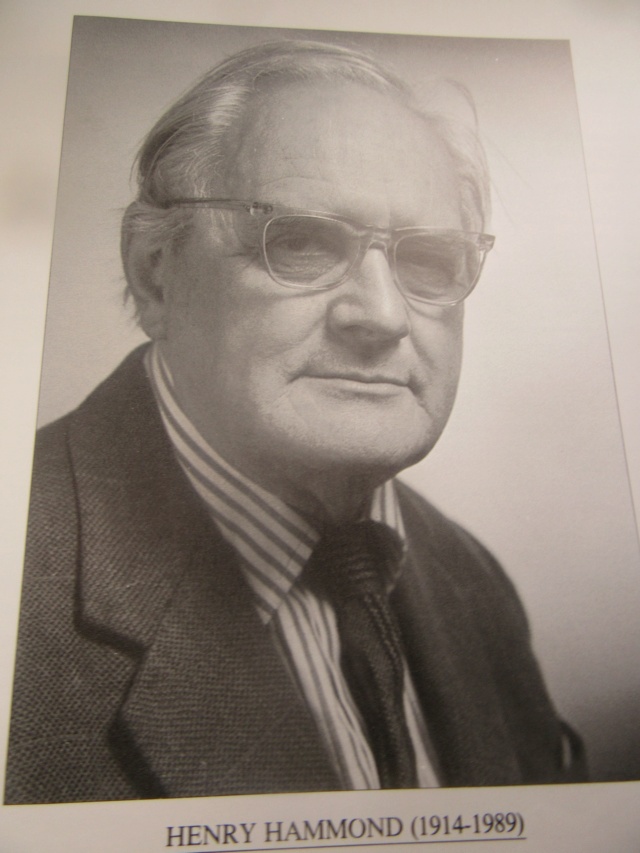 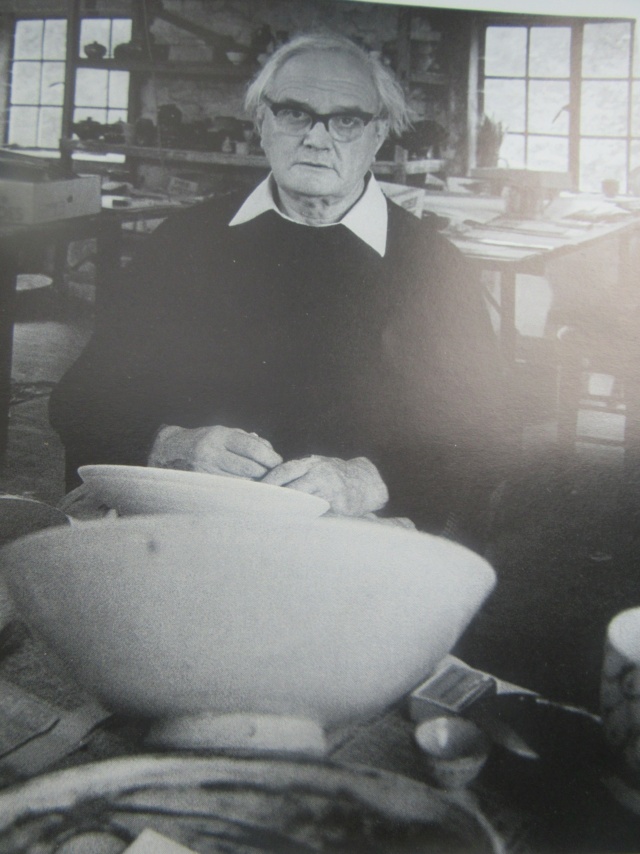 There was an Estate sale of  the Henry Hammond's studio in April 1990. These pictures come from then.  A potter very much in the Leach/Cardew tradition, of who he was great friends with.
34 cm stoneware fish bowl with 2 painted swimming fish. 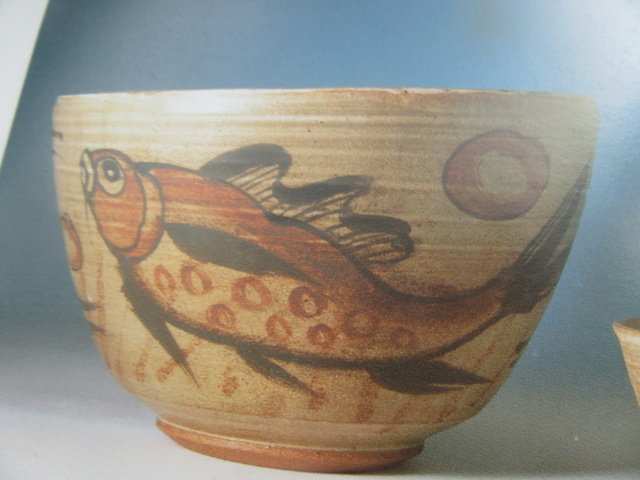 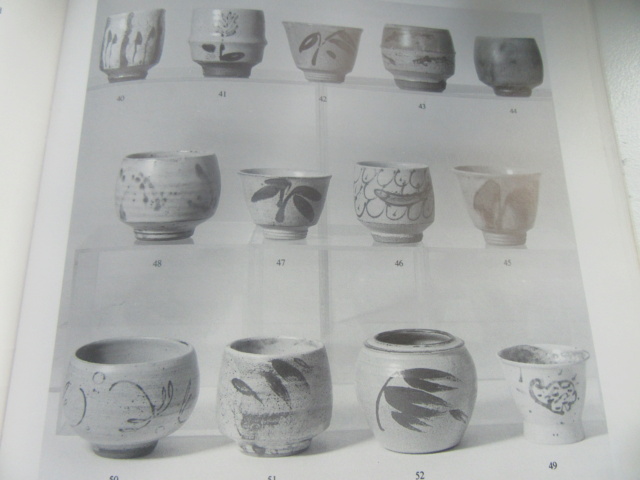 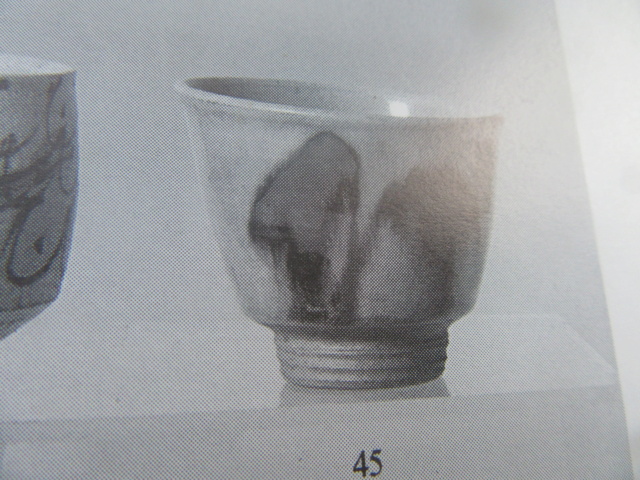 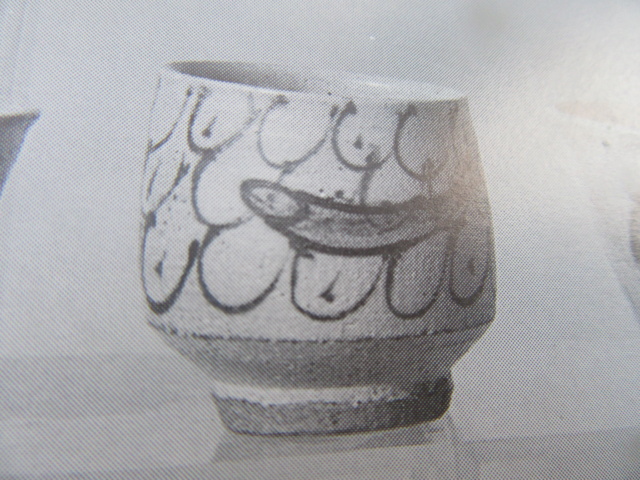 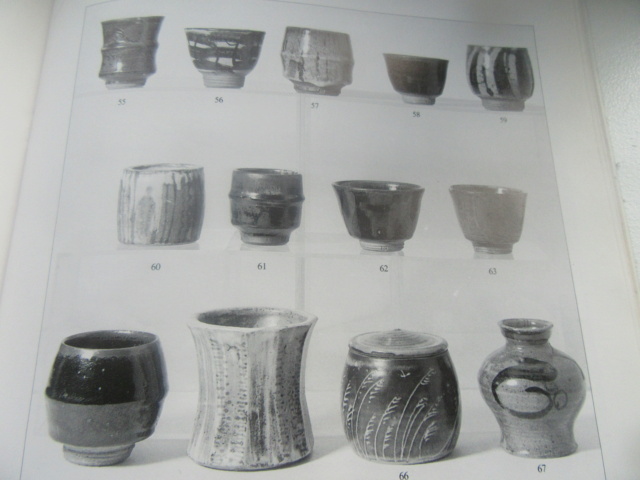 He also did tiles and tile panels, which you do not see much of in illustrations of his work. 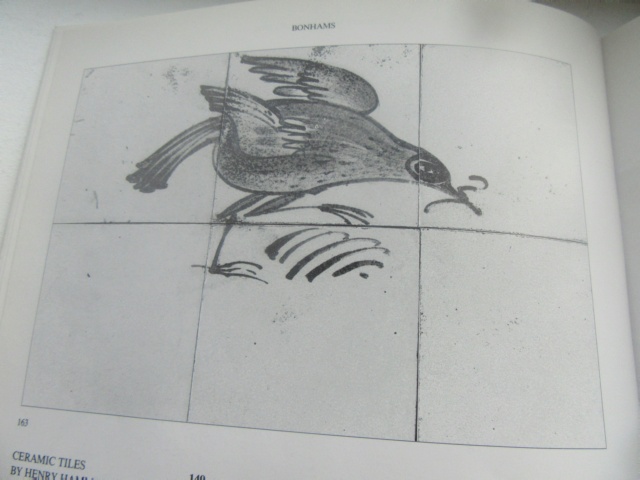 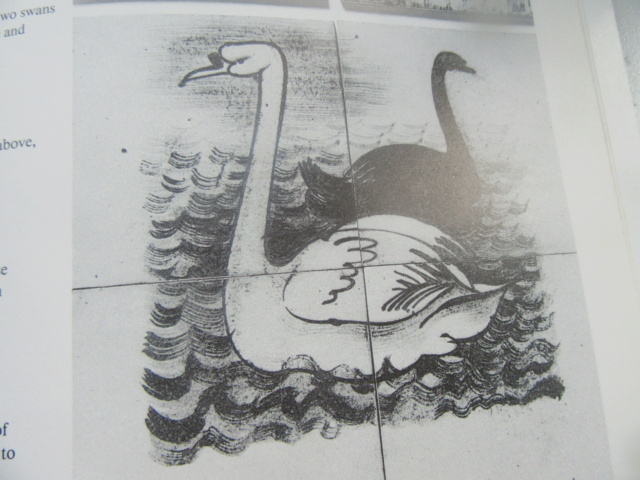 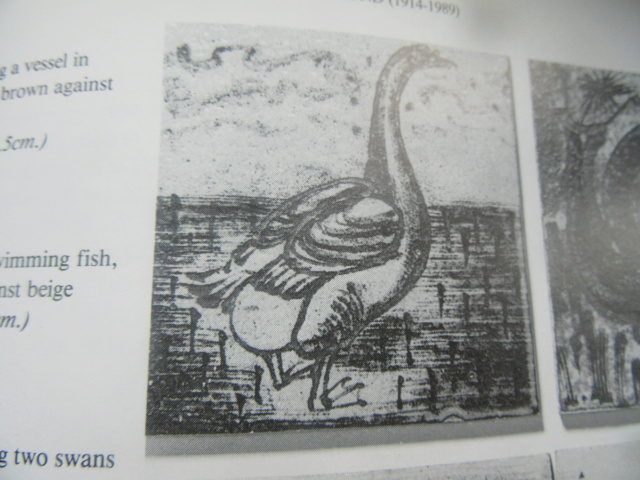 He does not look like I imagined! at all!