Looking for help in identifying this german beer stein.  It has a pewter lid and has a raised decoration of ears of wheat.  Thanks for your help.  No markings anywhere that I can see. 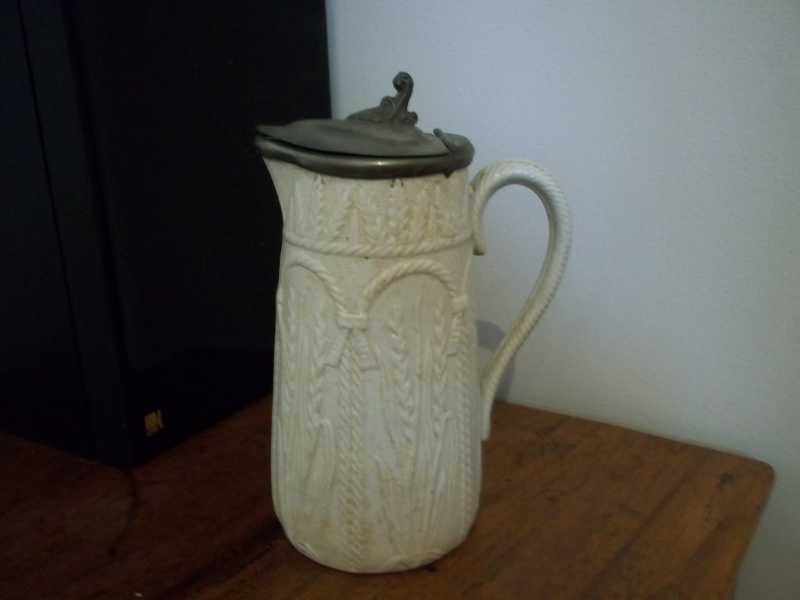 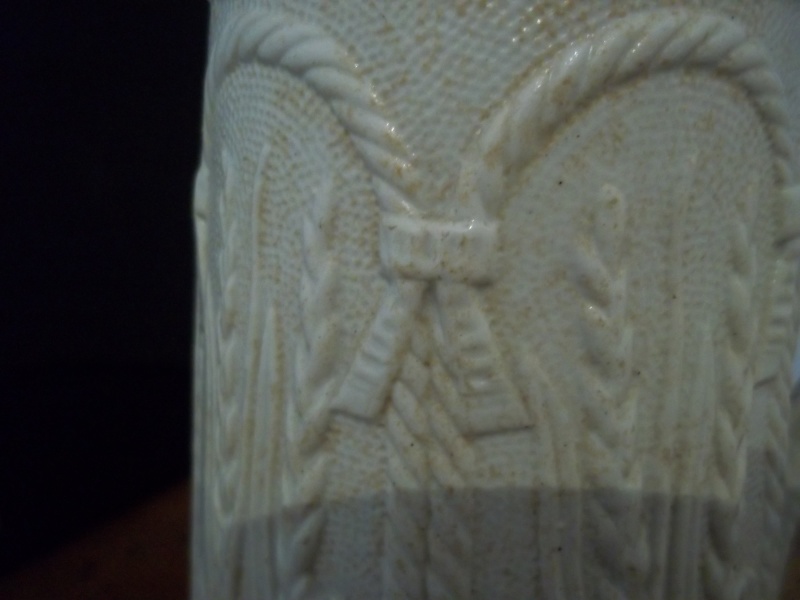 I can't speak for everyone but I think getting a name of who made it is pretty unlikely. This type of jug was produced all across northern Europe in the 19th century. Pewter when polished looks like silver, so this was your average everyday beer jug for those who could not afford silver topped ones. It's hard to imagine but beer and wine consumption per head of the population was much higher back then simply because water was full of nasty bugs so everyone drank a mild version of beer/wine/cider instead. It could be German but equally Austrian, Dutch or beyond. Those pewter tops are normal in most countries and they all copied each other.

Unless someone can make a positive ID on that wheat design and attribute it to a certain producer only. I think your stuck with calling it a 1840-1880 European domestic beer jug.  Still a fun thing and getting harder to find without the hinge half broken off (pewter is soft and the hinges wear out quickly, it's why most have soldered repairs of some sort)

Looks like it could also be English 19thC salt-glaze to me.
This type of pewter lid is quite common on eg, Doulton and Langley jugs of this era.
A base pic would help, even with no marks. 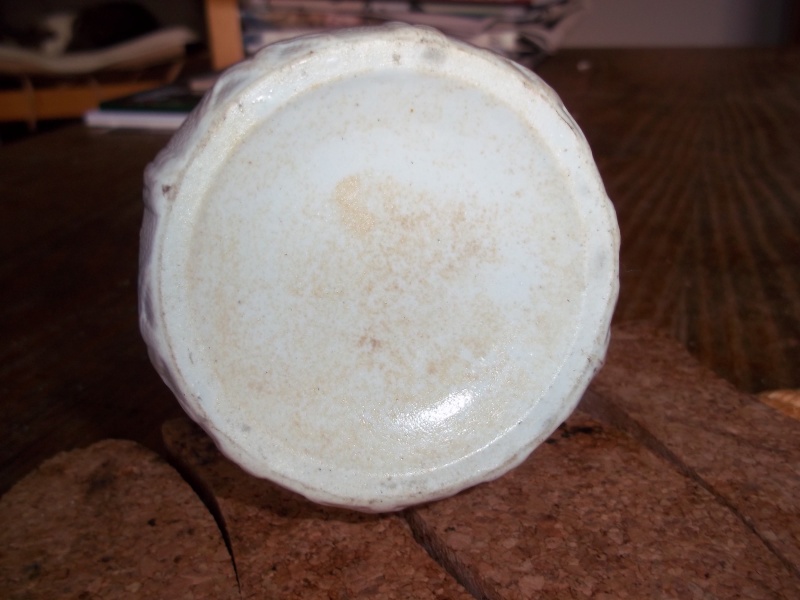 Thanks for all your help.