I bought this piece at auction yesterday , its definitely Leach pottery but having been through all the potters who have ever worked there I can't find one that used a single "L" for their mark . It looks the same as the L in Bernards "BL" mark with the two dots so that makes me think it was one of the Leaches but which one? any ideas? 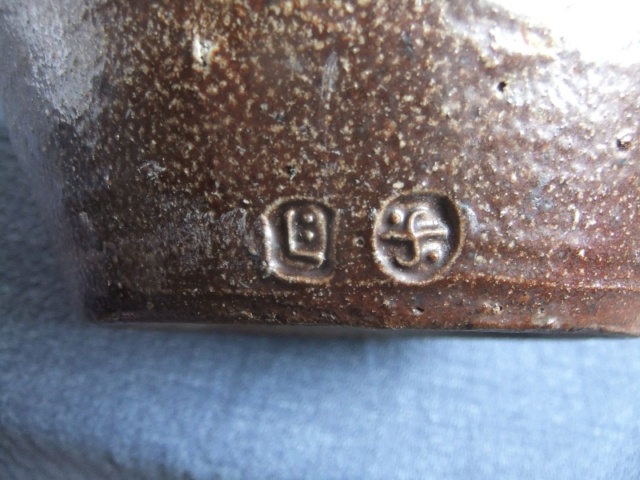 They did very little salt glazing at the Leach Pottery in Bernard's time in charge. Would it be possible to see the base please?
_________________
Now you should know by now that Potty and I need to see your bottom - we're funny that way!

Came across this mark recently on a jug with a decorative style that looked a very like Janet Leach's, but with a weak handle, and also bearing the St Ives mark. I read recently that Bernard Leach liked to christen a new kiln with a salt firing. I also recall reading that Janet Leach was using a cut-down version of Bernard Leach's mark at one point, I think when she first knew him, until he got fed up and made her make her own one. The fact that both pots are a little crudely made could indicate they were early ones of Janet's
_________________
Carrot cake is just fake cake