Unmarked Mashiko ware tea bowl. A tea set recently sold by Wooley & Wallis attributed this pattern to Tatsuzo Shimaoka but that has been discounted in the past by a US studio potter who was mentored by him.
See post about Gouda (Goda) Yoshimichi below 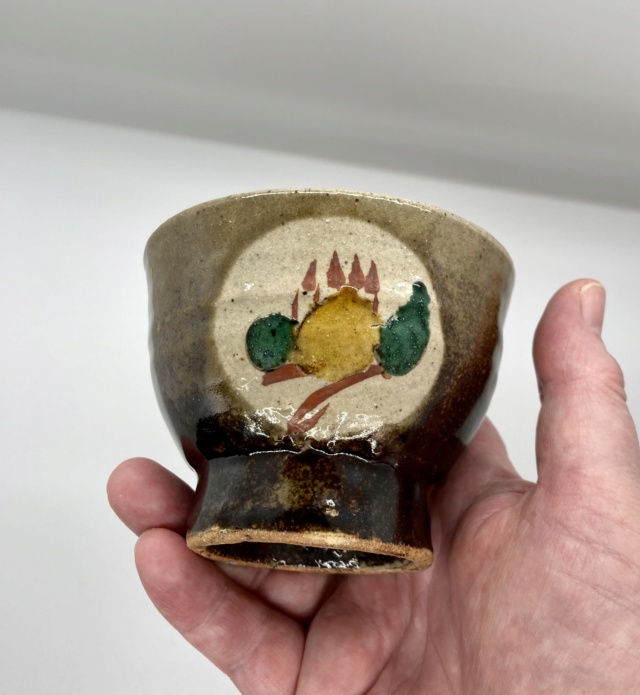 I'll have a look at the pictures in my book of Mashiko potters later. It would be even more useful if I could read Japanese. 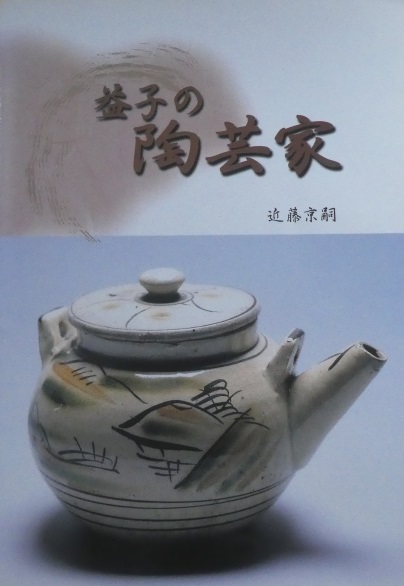 I have gone through the book above, which I think dates from the late 1990s. it contains around 450 potters working in and around Mashiko at the time in various styles + 18 deceased potters that worked there. 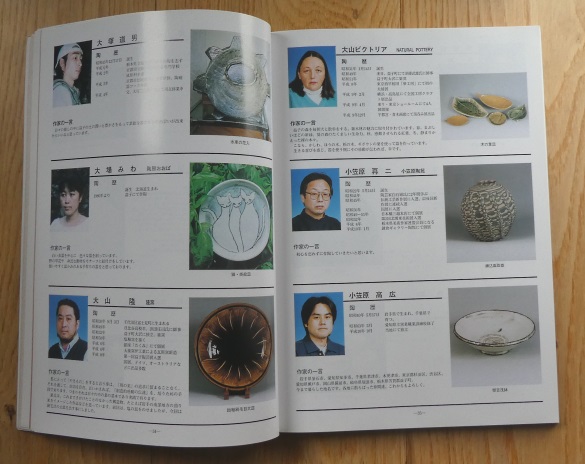 The teapot on the front of the book is in the Mashiko style before Hamada decided to set up his pottery there.

Other came or grew up in Mashiko and copied Hamada's style but then it became anything goes.
_________________
Now you should know by now that Potty and I need to see your bottom - we're funny that way!

The only words in English are some for parts of the non-Japanese entries.

I had meant to add that the only potter that I found that showed the same colour palette and possibly the same type of style, as your tea cup, was this lady.

Another unmarked mashiko bowl with similar style of decoration as my earlier post
Saw some of these for sale at Tomoo Hamada's seconds and vintage sale in Mashiko in Nov 2021; See post about Gouda (Goda) Yoshimichi below 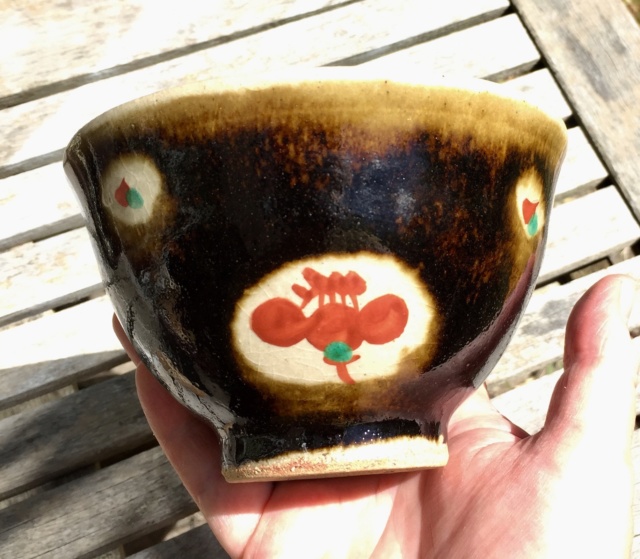 Chawanmushi for a Japanese custard dish. Unmarked. Most likely from one of the Mashiko kilns. 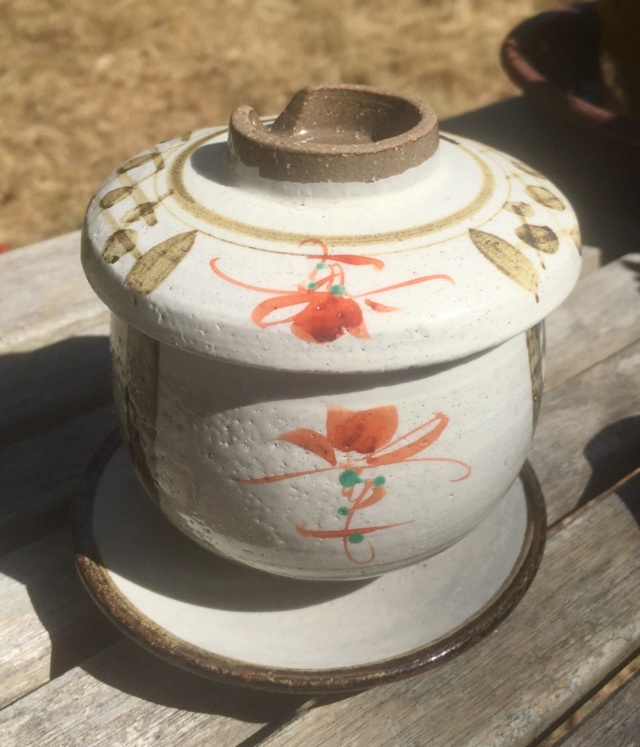 I would agree, as I can't recall seeing the green/reddish brushwork combinations on other Japanese pottery or, at least, not often.
_________________
Now you should know by now that Potty and I need to see your bottom - we're funny that way!

With reference to the two mashiko yunomi above, tentatively attributed to Gouda (or Goda) Yoshimichi....

Just looked through instagram where Tomoo Hamada (and others) have posted photos of his last Vintage and Seconds Sale and one section includes pots with this decoration and the name Gouda (or Goda) Yoshimichi amongst others, so a tentative attribution. Not much about him in English on Google, but there may be more if I could read in Japanese. He was a contemporary of Shoji Hamada and worked in Mashiko. Born 1910, died in Feb 2000.

Yoshimichi Goda was born in 1910 in Toyohama-cho, Mitoyo-gun, Kagawa Prefecture (currently Kanonji City), and moved to Tokyo in 1929 to aspire to be a painter.

After moving to Tokyo, he came into contact with antique art, and in 1942 he started a craft shop "Mon" that doubles as a coffee shop with his friend Yasubei Ito.
Moved to Mashiko in 1946 based on Shoji Hamada. In teaching Mashiko's pottery, he instilled knowledge of pottery and ideas of folk art in many aspiring potters.

Also, as an artist, he left behind not only pottery but also various works such as paintings and books, and became an indispensable presence in talking about the history of Mashiko.

The first tea cup had the distinctive yellow, which I only found in the image above with the female potter.
_________________
Now you should know by now that Potty and I need to see your bottom - we're funny that way!

From looking at your information, I think the second bowl might be by Yoshimishi but the 3 pieces to me look to have been made by different hands.
_________________
Now you should know by now that Potty and I need to see your bottom - we're funny that way!

The plate in the 1st photo is by Gouda Yoshimichi. The plates in the front of the 2nd photo I believe are also by Yoshimichi based on one of his on the gouda-memorial website. Most of the items behind those plates have the same decoration as my teabowls, and some share attributes with the front 3 plates, and I think the yunomi in the 3rd photo is by Yoshimichi (it was one of three yunomis before I edited it). The other names on Tomoo Hamada's post were family members, but also 'vintage mashiko', so while I'm fairly sure they are by Yoshimichi I cant be 100%
_________________
Carrot cake is just fake cake

Forgot I had two 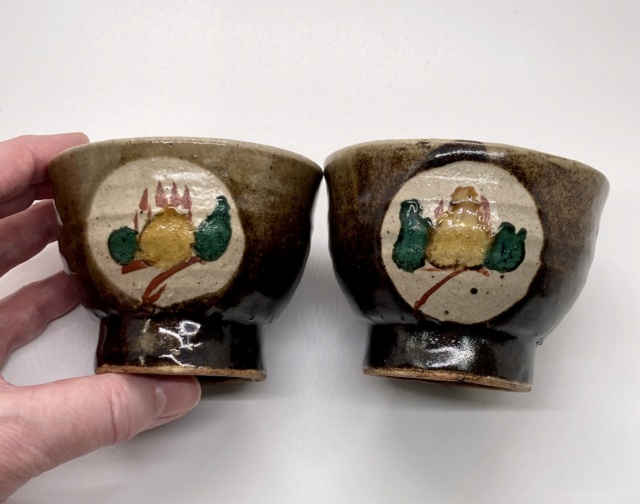 studio-pots wrote:From looking at your information, I think the second bowl might be by Yoshimishi but the 3 pieces to me look to have been made by different hands.

I am referring to the 3 individual pieces that you have posted before the images from Tomoo's Instagram account.
_________________
Now you should know by now that Potty and I need to see your bottom - we're funny that way!

by NaomiM Yesterday at 1:57 am 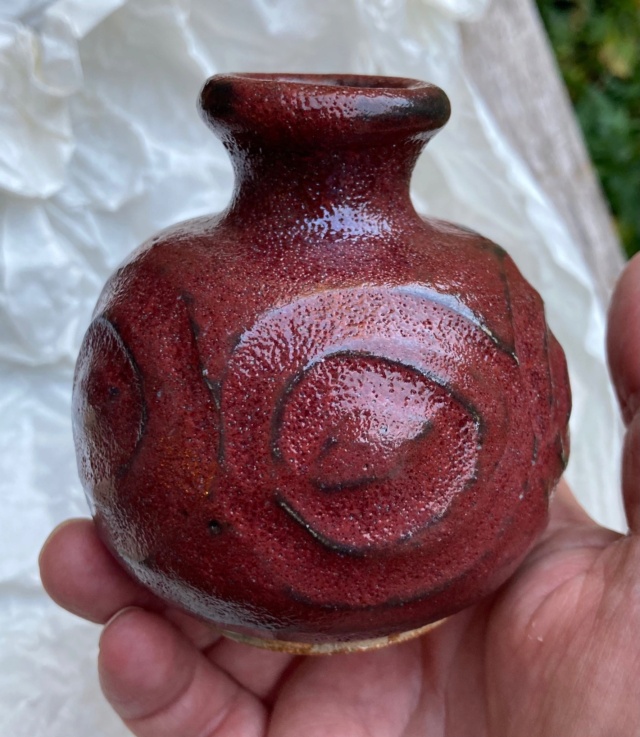