Need help identifying the potters marks on this jug . The style and glaze look familiar but just cant place it . 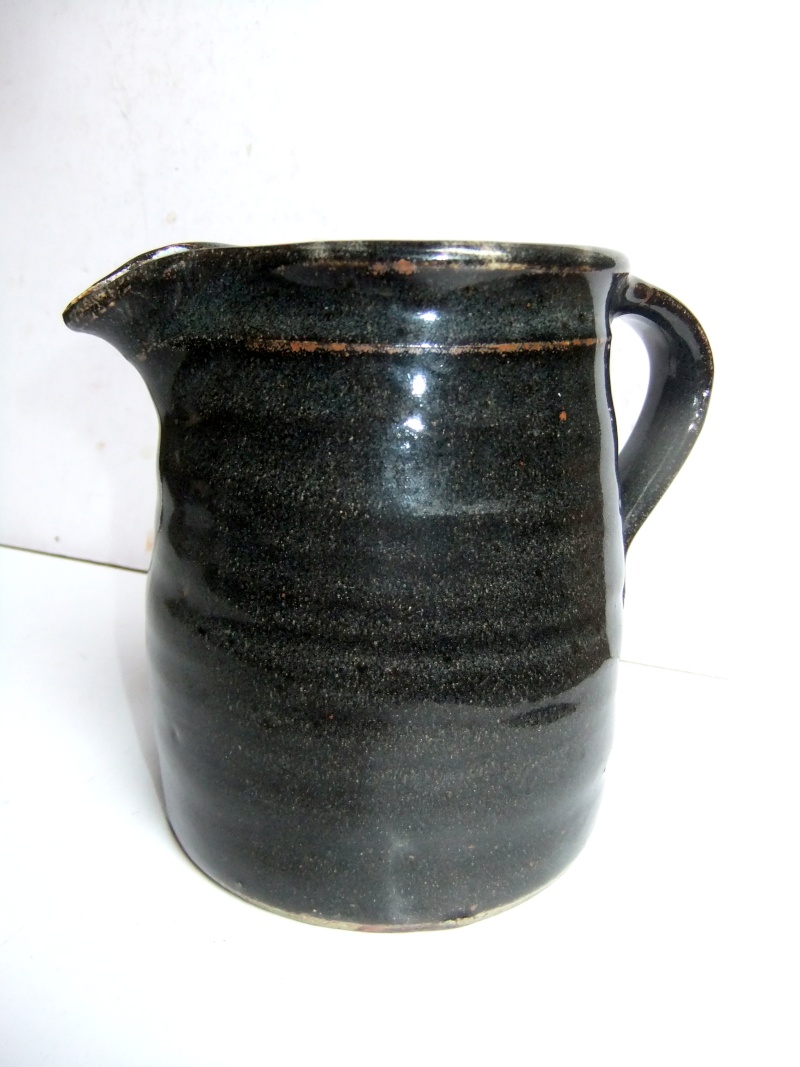 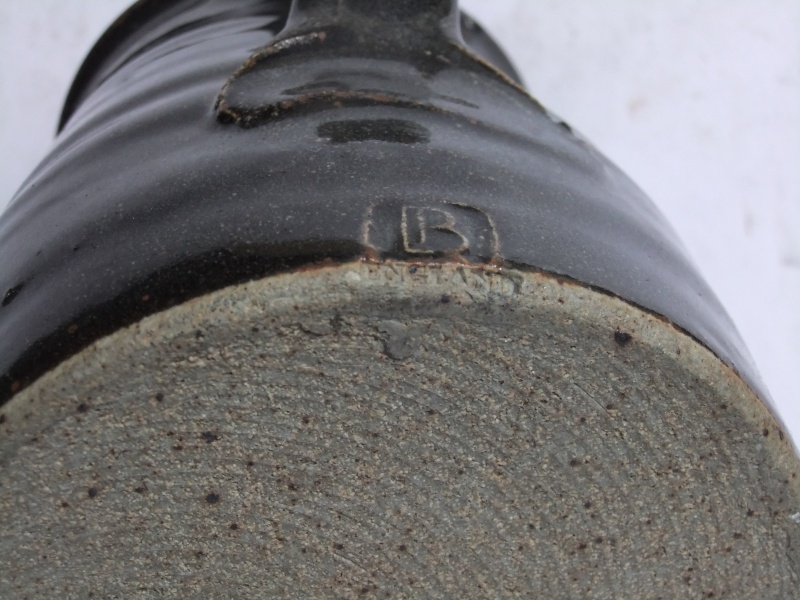 Looks like a Leach St Ives one to me

That was my first thought but there is no Leach pottery mark and I cant find anyone from that pottery with these initials . I have searched on http://www.studiopottery.com/ and through all the known Leach potters to no avail .

I suspect it's one of the St Ives associate potters. The England stamp looks very like one on Leach standard ware.
Could be a PB mark; Im wondering if Paul Barron was ever at St Ives?

Paul Barron was a student at the RCA of Staite Murray and was never at St. Ives.

This was where I found it, SP. says he was Leach's student before going to the RCA

I think you've mis-read it, although to be fair it is a little confusing. It is saying that Norah was " a talented student of Bernard Leach's."
_________________
Now you should know by now that Potty and I need to see your bottom - we're funny that way!

Yes Definitely looks right to me . Thank you very much . I have  other Scott Marshall pieces but not with this mark on them . one a coffee pot is totaly unmarked and the other a large jug has an SM mark . I also have a beautifull Bill Marshall teapot with cane handle .

Mug stamped England and B mark - Not Boscean Pottery

So, to confirm, this is St Ives ? - mark difficult to read other then ENGLAND 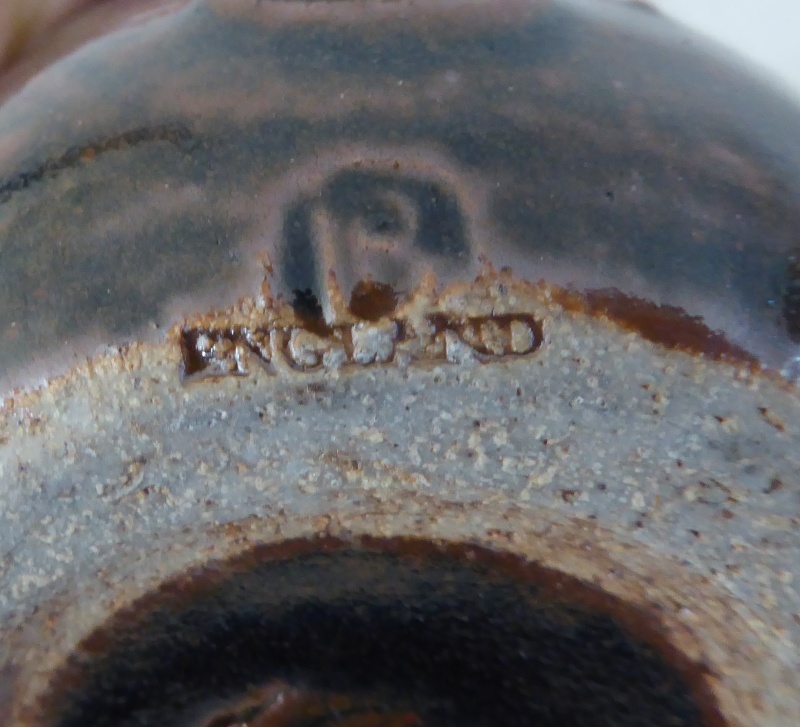 No, it's nothing to do with the Leach Pottery.

Not a shape made there plus the handle is not in the correct place for them and the mark is incorrect.
_________________
Now you should know by now that Potty and I need to see your bottom - we're funny that way!

lindylou08 wrote:So, to confirm, this is St Ives ? - mark difficult to read other then ENGLAND

Saying it was "nothing to do with the Leach Pottery" above isn't entirely true as Scott Marshall, who started the Boscean Pottery, was an apprentice there. Also Richard Jenkins, who was his partner at Boscean, was at the Leach Pottery for a time as well (1959 -1961).

Jacob Bodilly has just said that this mark is not Boscean Pottery; they did not mark their pots, although Scott Marshall marked some of his SM.
Edited to say: However, it’s now believed to be Richard Jenkins’ mark; well before Bodilly’s time at the pottery .

Just seen another one. I think it could be Richard Jenkins’ mark from when he joined Marshall at the pottery. Looks very like an R mark and back to front J 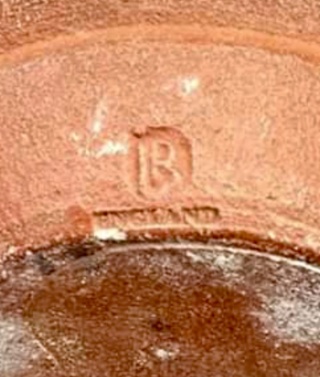