Can someone please ID my pottery vase/lamp base.

This wonderful piece is pulling my hair out as I cant work out who made it or what the age is. 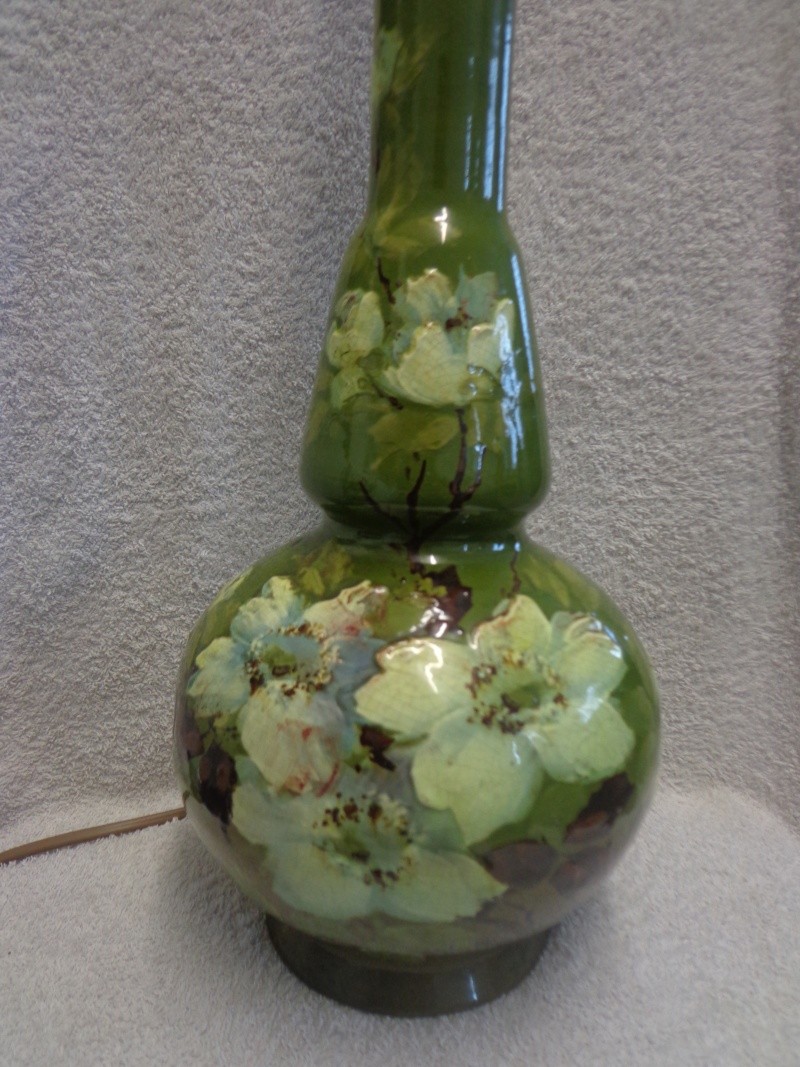 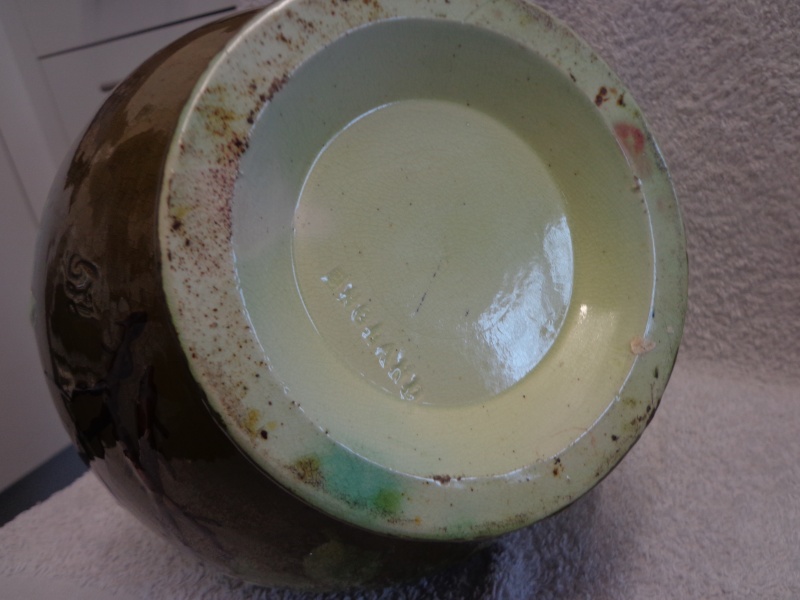 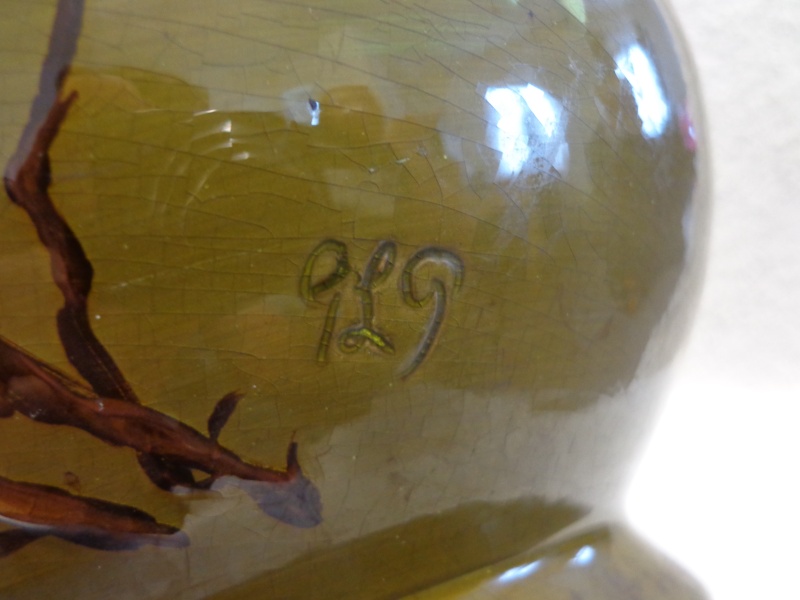 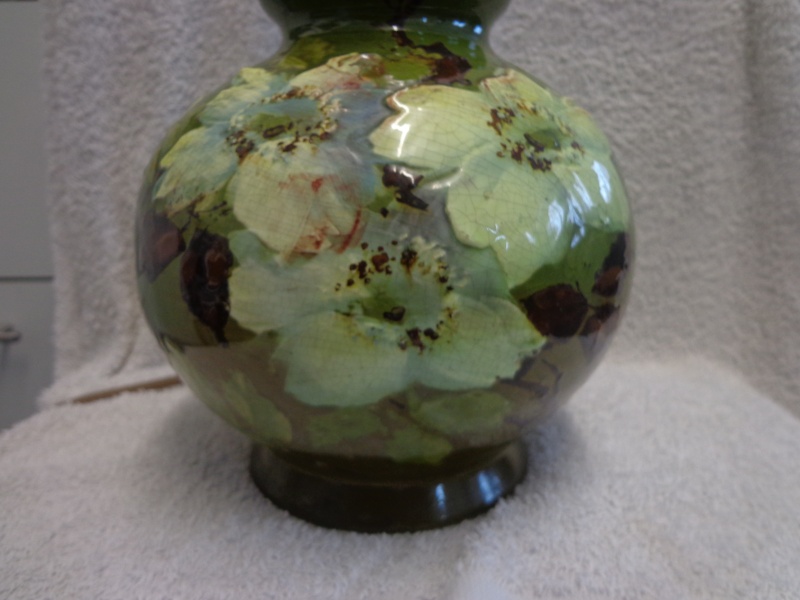 Nice piece, The first one that springs to mind is Burmantofts faience,
I'm sure I had a similar marked one many years ago.

It does have the look of Burmantofts faience but none of the main designers or decorators I can find had those initials.

It's a type of late Victorian pottery called Impasto, Doulton did a fair amount of it in the 1880's, as did Watcombe, Salopian and as mentioned Burmantofts (Leeds fire clay company). It was also made in Europe but with your mark that is not an issue.

Here is a Doulton example image I swiped from the web 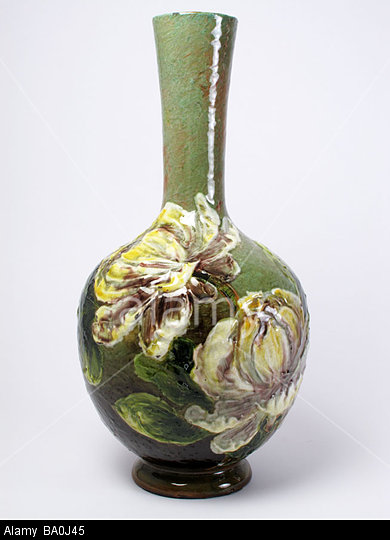 As you can see yours is very similar to the Doulton and the artists signature on the side could be one of the artists who worked for them. But the base looks a bit wrong to me for Doulton and miles away from the underside of any Burmantofts I have seen. Possibly it's Salopian as they tended to keep the base free and signed on the side. But if I was asked to guess the closest I have come to that type of base stamp is Watcombe who are known to have just impressed England. For further info check out the various Torquay collectors pages on the web for a better idea of what Watcombe produced and possibly match it. It's still pushing 130 years old though no matter who made it and probably converted to a lamp in the 1920's like so many others.

Thought I would add some links for you to get started if you wished.

Here is a nice write up about Doulton impasto and its origins.
http://www.pascoeandcompany.com/blog/lambeth

Here is a some examples of Torquay Watcombe and the like versions.
http://torquaypottery.co.uk/about/collecting-themes/flowers-on-pots

Thank you so much for all your replies. 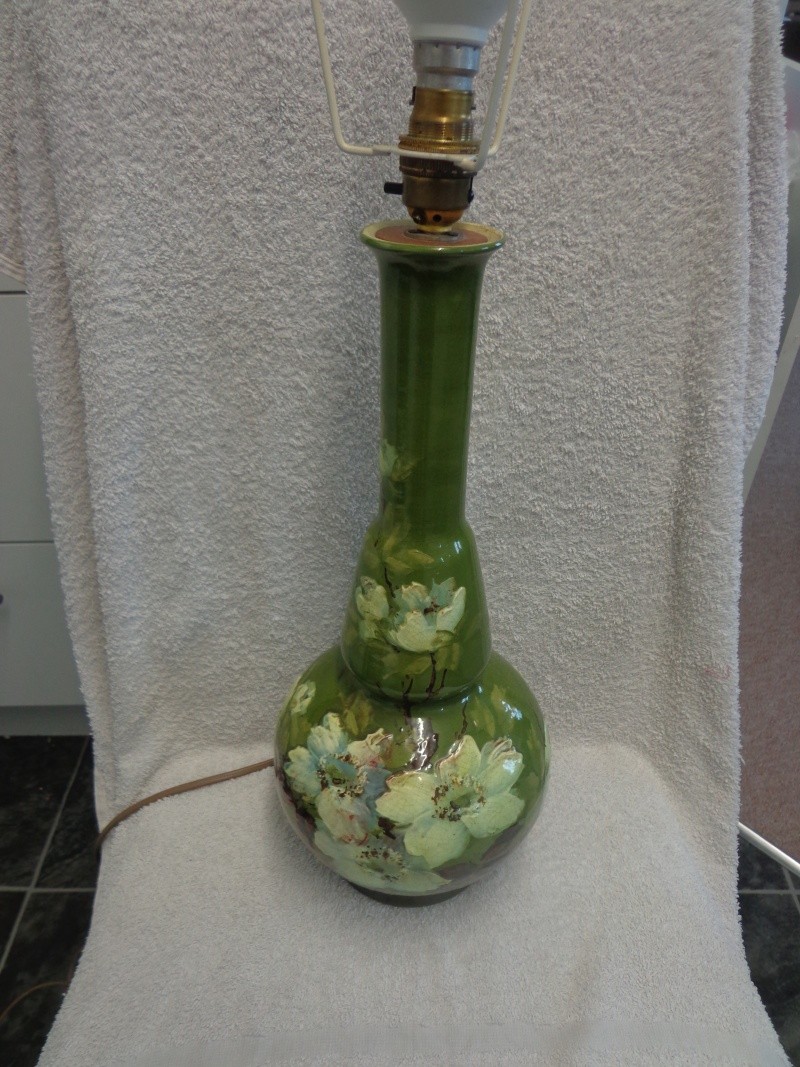 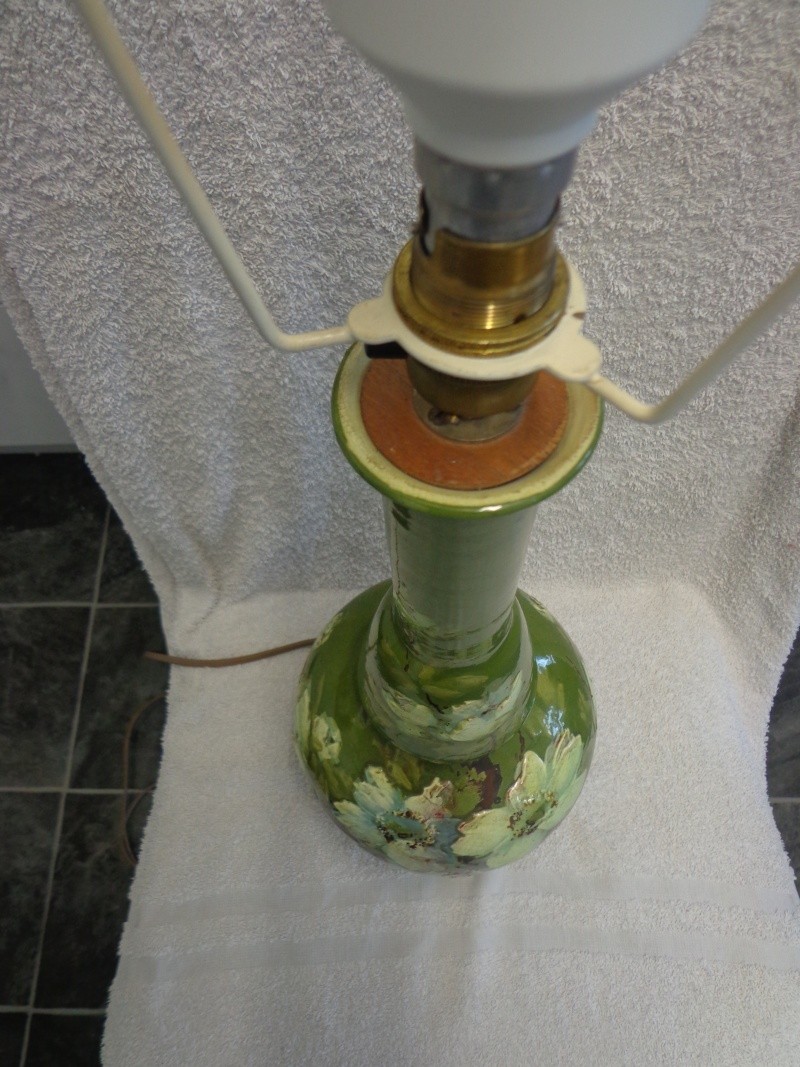 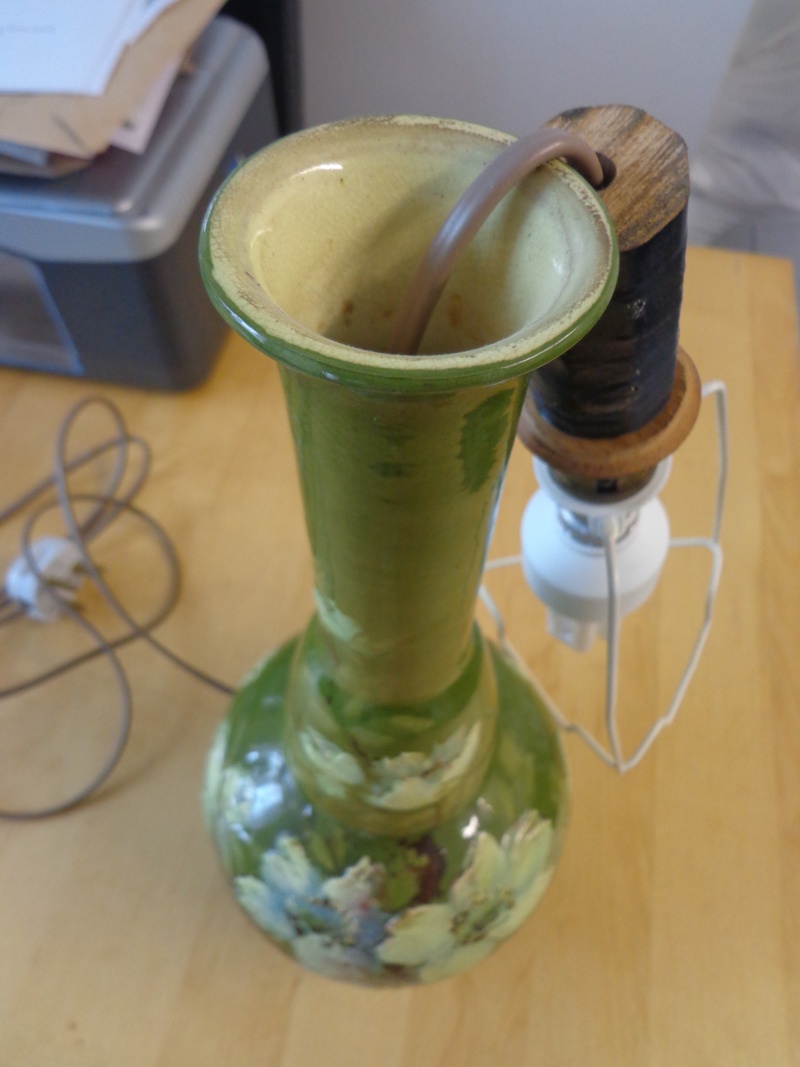