We all have bought pots that were not as good as we first thought but it's all part of the learning process.
This thread is for sharing those experiences so others may learn without the expense.
_________________
"Changing your mind when you know what’s happening and you don’t like it. That’s what democracy is all about"

Like many here I have often been the victim of an over eager imagination and a rushed purchase. Finding something almost right and not checking condition as well as I should has sucked more money out of my wallet than I care to mention. So after painful mistakes here are my top tips for buyers:

(2) Is it an unsigned one by (insert famous designer)? The answer is NO 99% of the time. Save your money.

(4) You can buy a Chinese copy but this is a real one! Even if it is the fact it has been copied kills the value.

(5) Patience. Never buy because you haven't bought anything in a while. Buy because it is the right thing for you at the right price.

I wanted to add how a little information can be as damaging as no information. I bought the following vase at auction as heavily damaged. It was fixed to a wooden base and converted for use as a lamp. The auctioneer had obviously used his vast experience when selling it as it had already been sold the month before. But that buyer had returned it for a refund because of the damage. I will say it came with one other and was no steal at the price I paid. But I did pay a price that reflected the reported condition. 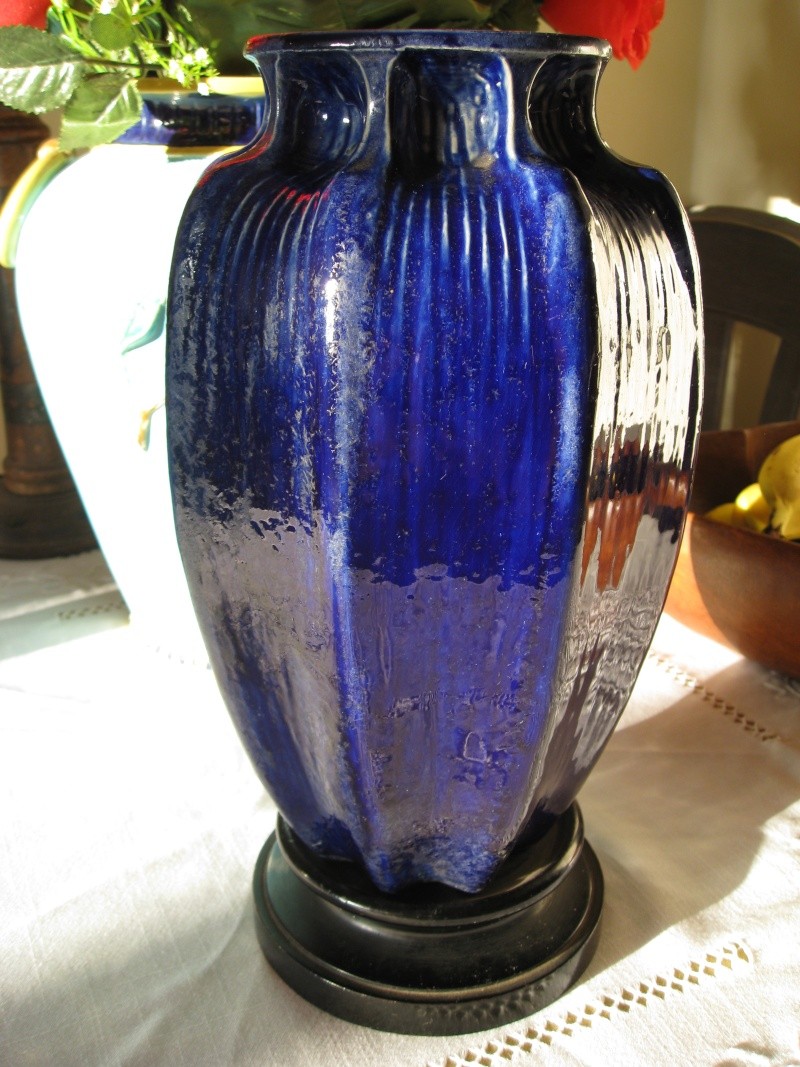 Here is a picture of the damage. 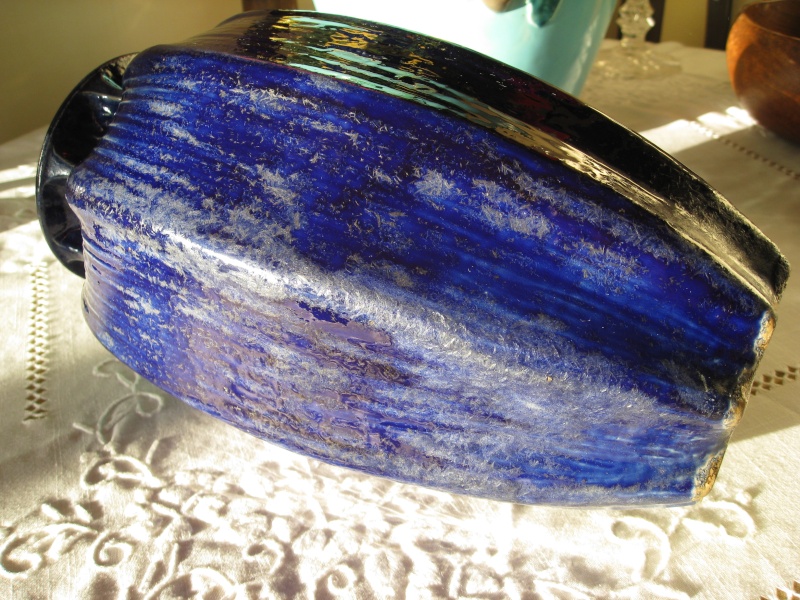 Here is another picture of the damage. Showing what was reported as damage and refunded by one buyer is in fact a crystaline glaze effect and intended by the potter. 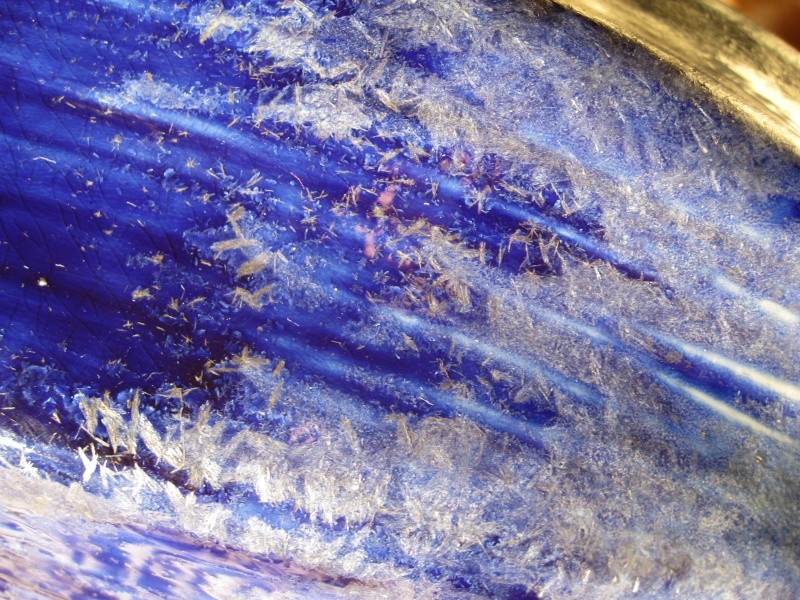 Here is the ah moment, why the original buyer was a fool to refund it as damaged. Why the auctioneer let down the seller who owned it before who let him sell it as damaged when it was not. It is also why I was sad to sell it myself to a lovely couple a few months ago. The next one of this type I get is not leaving my house 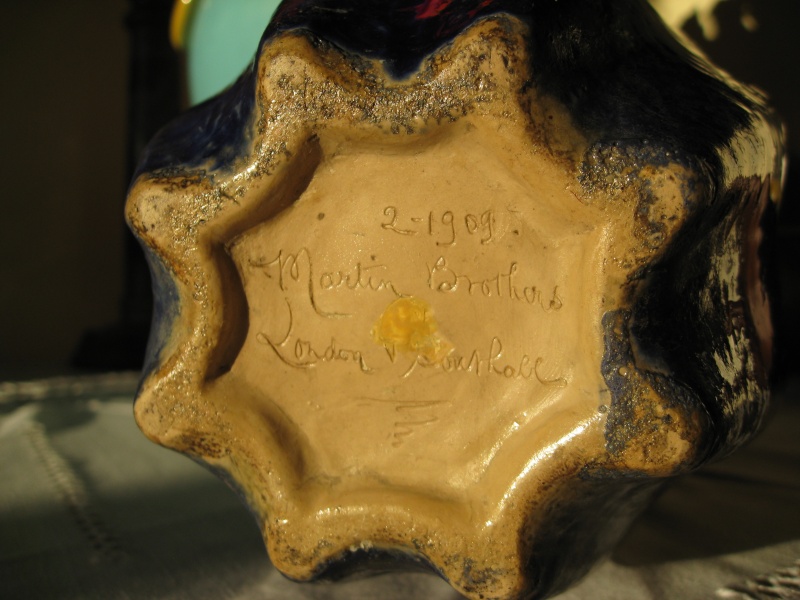 I've bought a lot of stuff that's turned out to be damaged; but you see mark you recognise and grab it thinking you got a bargain when actually it's worthless.
_________________
Just my personal opinion, take it or leave it.

This was a mistake just the other month. Thought it was by an Italian sculptor who's work is put out as limited editions which sell well on eBay, but turns out it's a plaster cast painted in enamel paint.
Sits in the porch with the other gnomes. 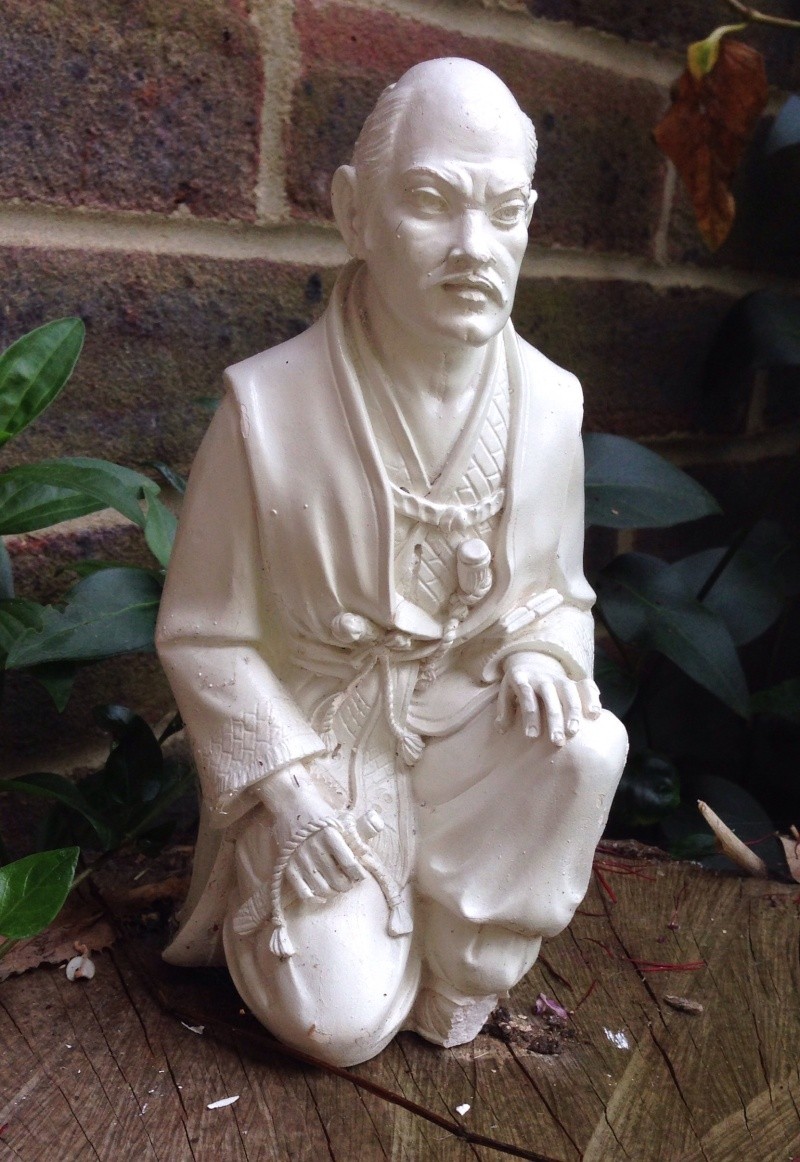 I think Mordeep's point about condition is the most important.

As an example, I bought a Bernard Leach bowl at auction not noticing the large area of repair that wasn't mentioned in the catalogue. This was when I assumed that auction houses had a duty to point any damage and restoration out in their description.

When I collected it someone I knew said that they thought it was a nice looking bowl but shame about the restoration. I was non committal but when I got it outside quickly checked and wondered why I hadn't noticed it before.

I am very picky about damage/restoration so hate having to deal with it but I think luckily for me everyone else had seen the restoration so I hadn't paid too much for it.

It allowed me to sell quickly at a small profit to a customer, who was happy to have something that was restored. I know if it had hung around too long I would have binned it.
_________________
Now you should know by now that Potty and I need to see your bottom - we're funny that way!

Just as Studio said with auction houses it is buyer beware.

Last year I spent close to £1500 with an auction house on the edge of London on ceramics. I had previewed some of what I bid on but not seriously gone over all the items. Ended up bidding online and winning several lots. Got to the auction house a couple of days later to collect and found several of what I had bid on had nasty chunks missing and damage. After complaining it turns out it was not that auction houses policy to show damage in the pictures posted online or to mention faults unless a bidder asks specifically for a condition report in advance. They even turned vases around in the pictures to avoid showing what was wrong. Very dishonest in my book and the reason why I will never spend money with them again.

By the way, the same auction house charges buyers £15 a lot internet advertising fee, £15 a lot catalogue picture fee and a listing fee for each lot they have. Would cost you close to £50 for the pleasure of letting them sell anything for you. To compare my local house charges me nothing, just a fixed percentage if it sells.

My decision was that such a report was worthless so I didn't bid.

These days I never bid on anything at auction houses unless I have viewed the lots in person. Ideally on the day of the auction too.
_________________
Now you should know by now that Potty and I need to see your bottom - we're funny that way!

NaomiM wrote:Looks like fibre glass. What sort of damage is it?

It's not damaged. Its a very early and not very good attempt at a crystaline glaze. The glaze should sparkle when the light catches it to look like crystals under the glaze. This looks like glass straws, glass fibres got mixed into the glaze. The French made some wonderful versions around this date. For a good English version you would need to check out Ruskin pottery from the 1920's. The Martin brothers tried everything, some of it worked some of it didn't but it is why they have the reputation they have.

My decision was that such a report was worthless so I didn't bid.

These days I never bid on anything at auction houses unless I have viewed the lots in person. Ideally on the day of the auction too.

What you say is very true. The auction houses for years have got away with murder as a result of that small print. They are running into problems now days though. Lots of rules around selling to the public directly as they are now doing through sites such as the Saleroom. Trading standards do not care what small print they have made up, the law does give some protection to buyers. But like you I protect myself by not bidding in places that hide behind what we say is not binding statements like the one you mentioned.

Auctions are dodgy places - they always have been.

I made the mistake of falling for a dealer's story that a vase had belonged to her grandmother and she remembered it as a child. Turned out it couldn't have been more that 15yrs old, and she was a lot older than a child when it was made. Bought it with another couple of pieces and finally sold them this year for a quarter of what I paid her.
_________________
Just my personal opinion, take it or leave it.

NaomiM wrote:Also bought a lot of Torquay motto ware a while back. Most of it is worthless now.

Torquay moto ware was faked to hell and back in the late 80's and early 90's by the Chinese. They dumped a sea of it onto the market all with distinctive blurry marks pretending to be Longpark, Watcombe and Allervale. Most of what I see for sale around are these copies, those are pretty much unsellable even at 50p each. There are still some hot collectables from those factories it's just not the moto side of things. Thank the fakers for killing the value and filling many a pensioners loft with ceramic insulation.

It's not as widely known as other fakes these days. But I have a good friend that was very active in the market. He ran several collectors societies back then and raged about how it destroyed the value. He still gives talks about those potteries and similar today. If it had a smudged printed mark then 9 times out of 10 he would indicate it wasn't right. My own experience of it is I have never see quality painting on any of pottery with the smudged dark printed mark.
The quality seems to be reserved for the ones with under glazed impressed marks that I guess are real. The Torquay collectors society has some good tips for spotting the quality or rare ones. They have a pretty good website for those tempted to look. 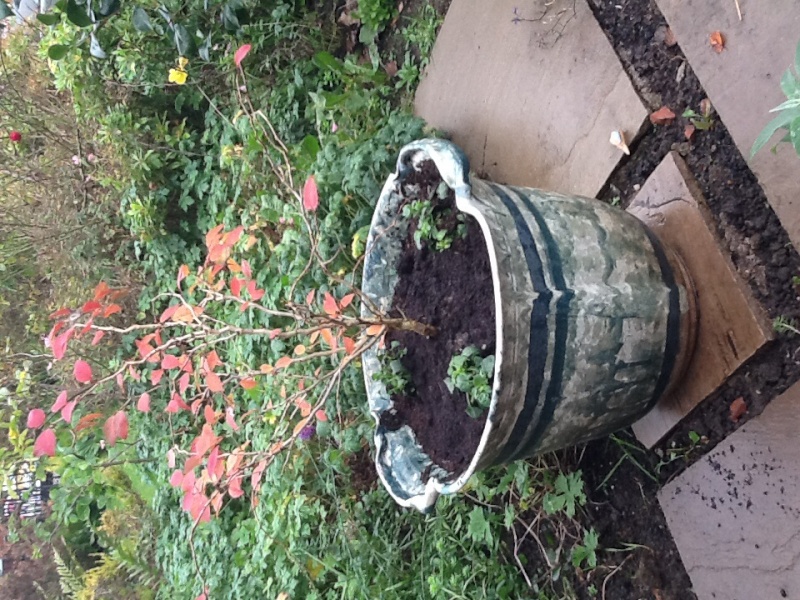 I paid a couple of hundred quid to commission two garden pots from a quite well known potter (who I won't name) and wasn't overwhelmed by the result but felt obliged to accept them.

do you think the potter was pleased with them?
_________________
"Changing your mind when you know what’s happening and you don’t like it. That’s what democracy is all about"

NaomiM wrote:Really? Not seen any fake motto ware in my travels.

No I can't say I have either.
I still buy it if it's really cheap, but I know it's not selling like it used to.
It's old, interesting pottery, I quite like a lot of it, I can't leave it behind. 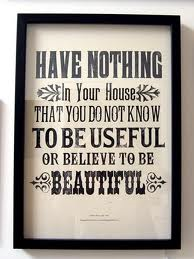 it was meant for you but I would be lying if I said Naomi hadn't come to mind
_________________
"Changing your mind when you know what’s happening and you don’t like it. That’s what democracy is all about"