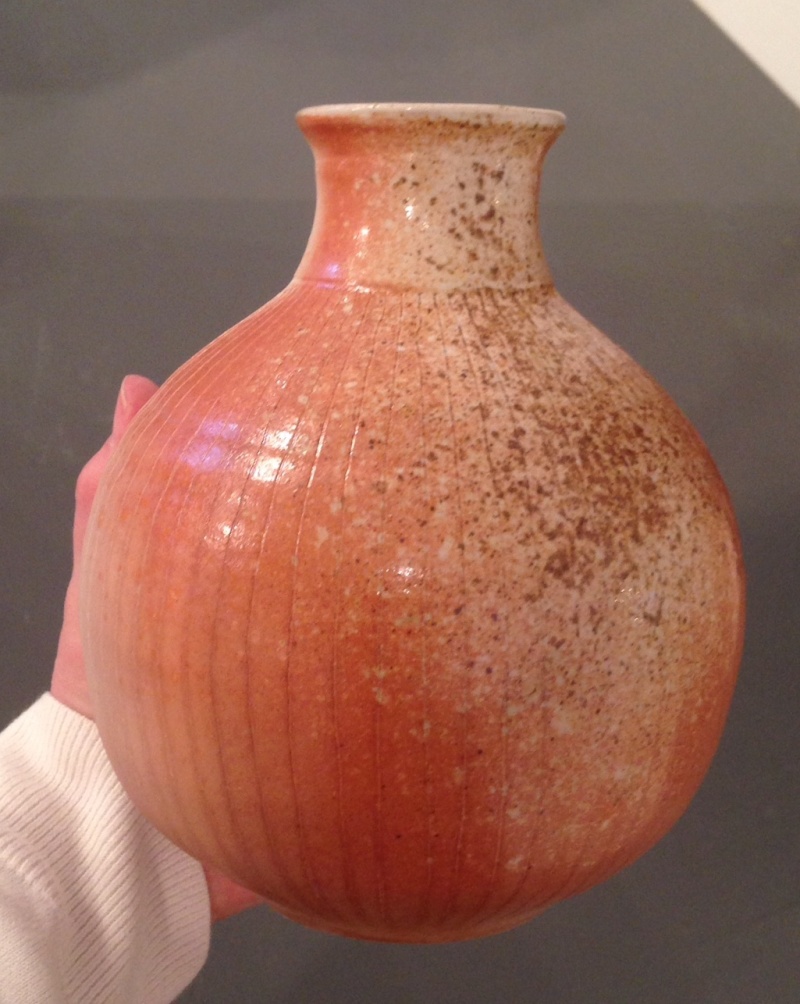 Vase from his latest soda firing. Dots of cream slip have changed to red in places, and to a brown feathering where the full force of the flame hit the pot. 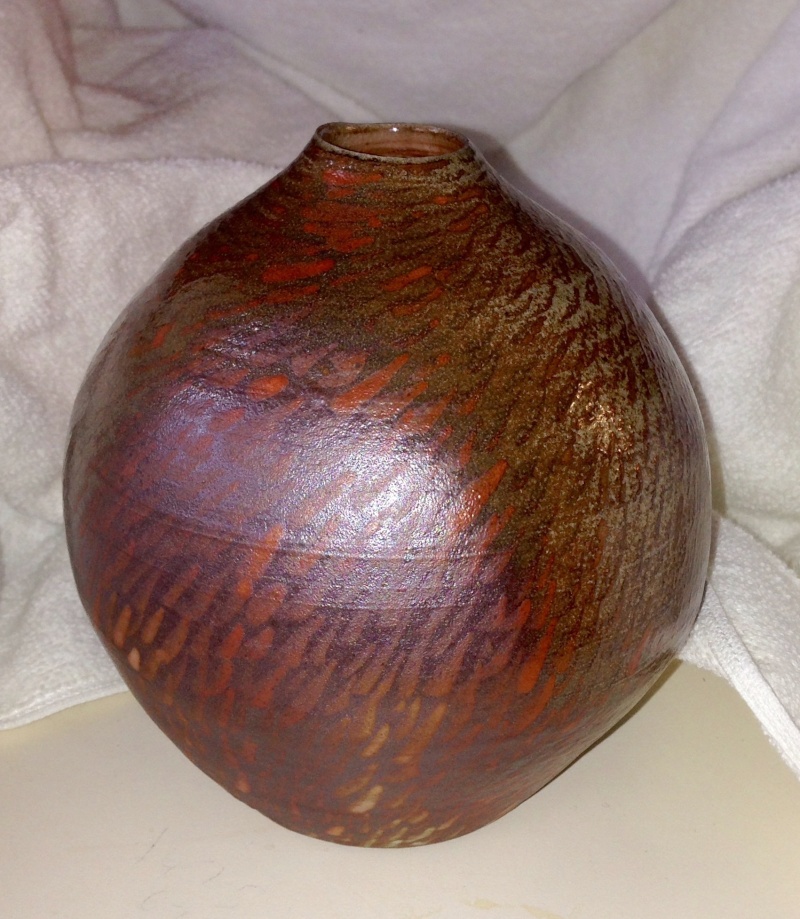 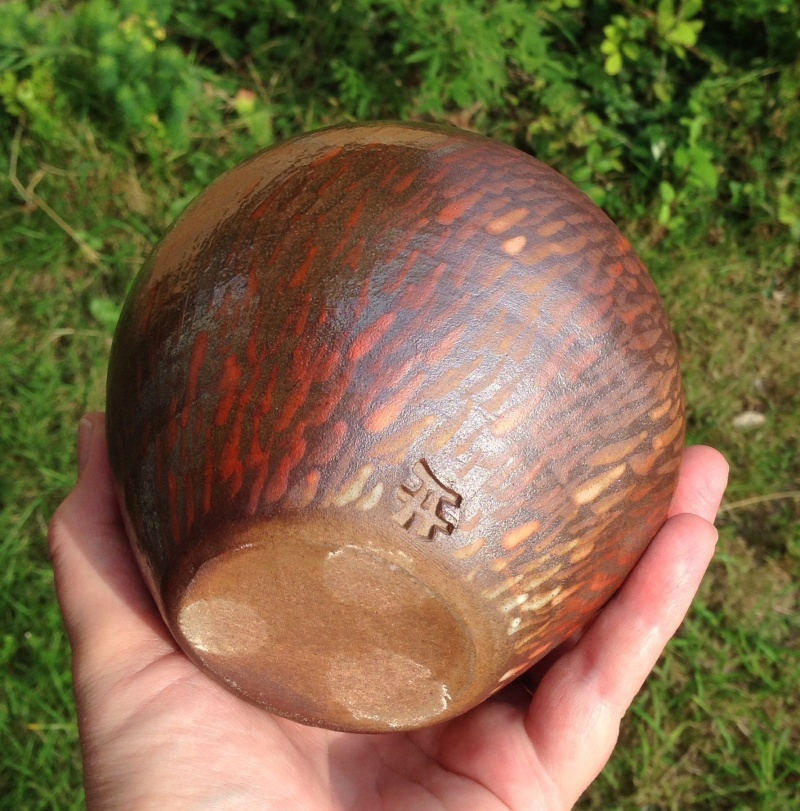 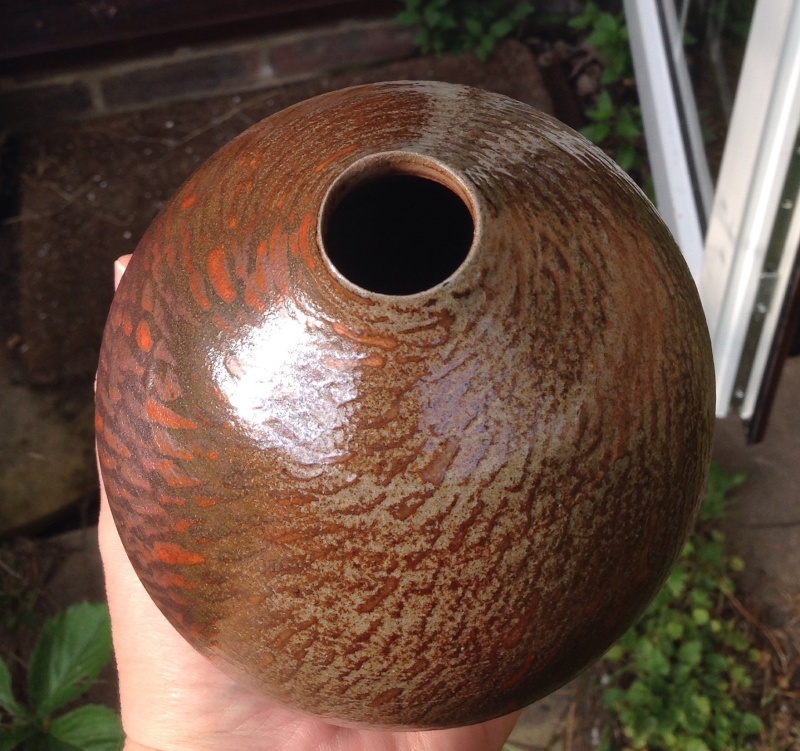