I have a salt and pepper shaker and matching pot that were my grandmothers, with a note inside saying they are "from The Houvigs from Los Alomos when they were there before the holocost with Oppenhiemer". I don't know much about pottery, does anyone know anything about a set like this? All best,
Kate 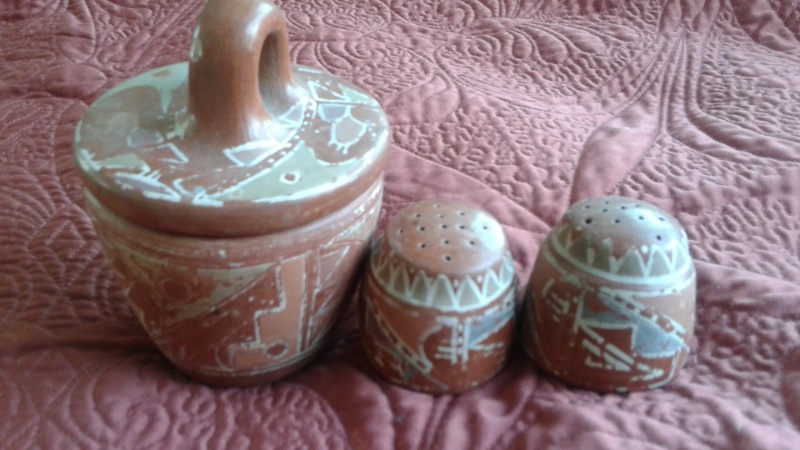 They look Native American. Los Alamos was where they tested the nuclear bomb during the second World War before dropping them on Japan, hence the reference to Oppenhiemer who led the scientists at the base. I think 'The Houvigs' refers to the previous owners of this pottery. Maybe a family who'd had to move from the area before they tested the bomb.
_________________
Carrot cake is just fake cake