Faience in the "Decor Rouen" style was also Produced in
Boulogne sur mer. I thought just a satellite of the nearby
faience centre of Desvres, but may have been be bigger.

Thanks to Francois Piton for his excellent book "C'est du Desvres",
which is in both English and French.

He has decided Boulogne sur mer must be worthy of it's own book.
So he has now done a separate one. "C'est du Boulogne" 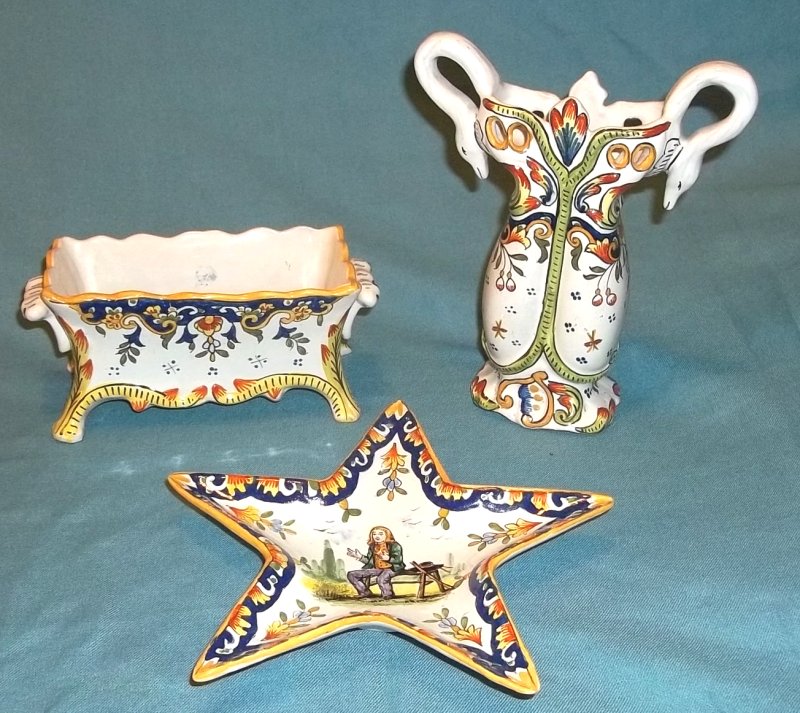 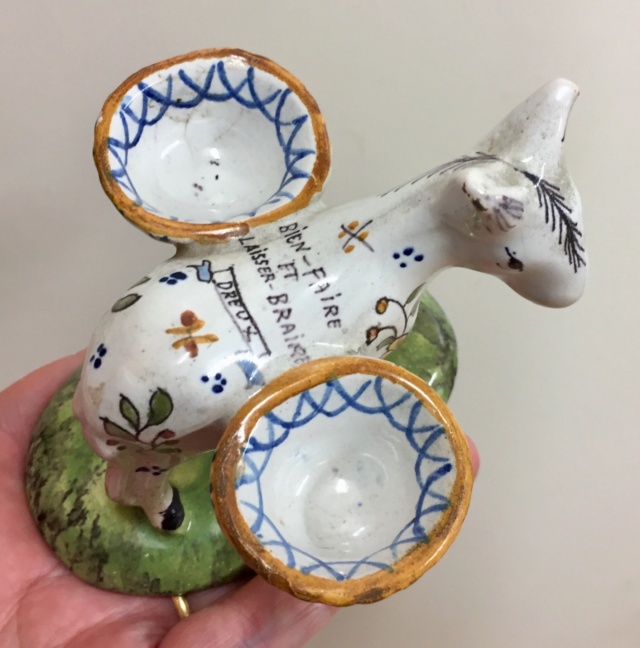 A lovely piece, but always thought the Boulogne decoration was slightly cruder than
it's neighbour Desvres.
Interesting its's a tourist piece. Dreux is now one of those terrible Paris suburbs, or
"Banlieu", as featured in Spiral, but was probably a sleepy town when this was made! 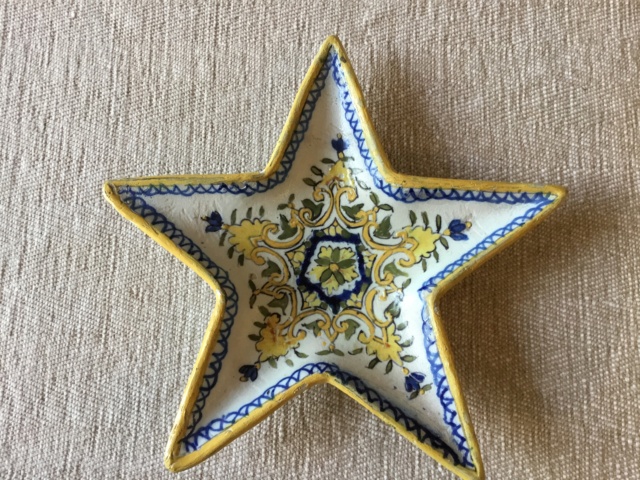 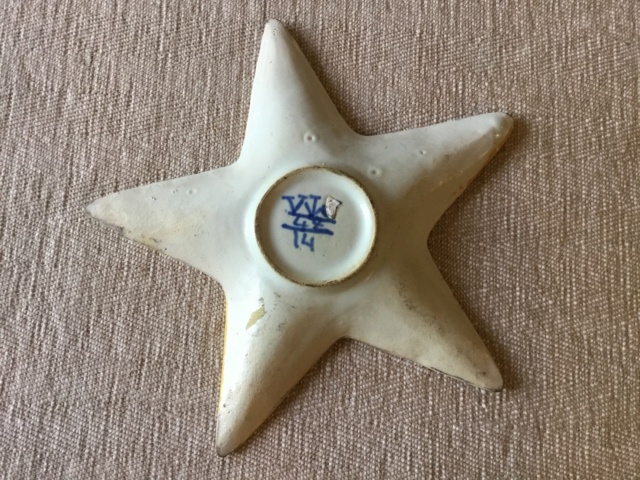 I think this is by Jules Verlingue of Boulogne sur mer.