I need your help in identifying this scenry watercolour painting.   I think it's german. Unable to decypher letters.   Can anyone help me please. It's quite old, so I've been told. How old, not really sure. 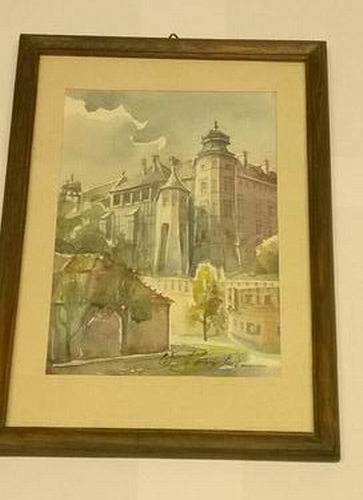 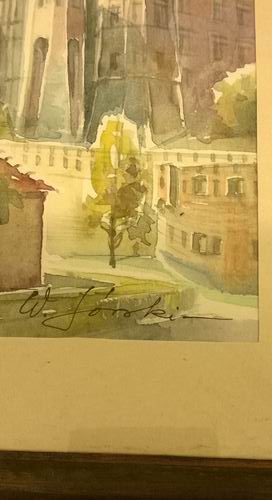 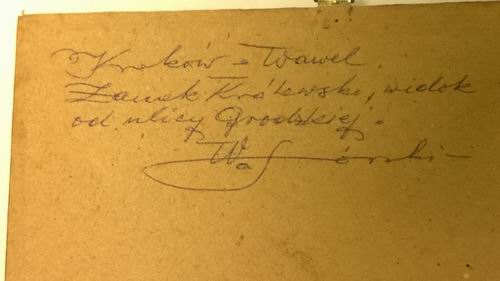 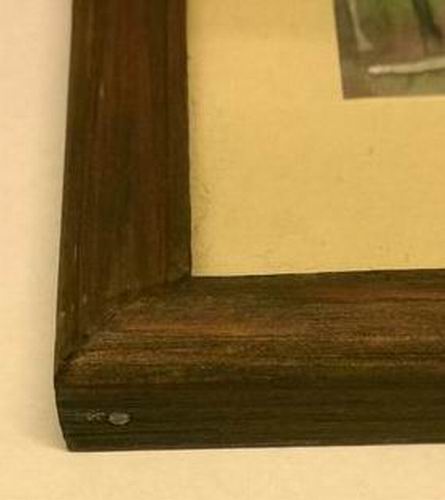 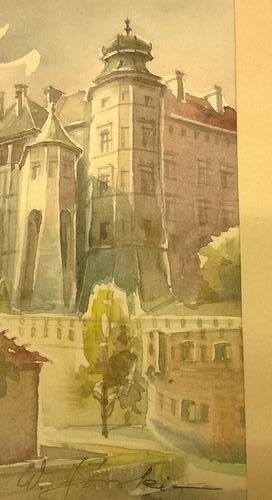 Isn't the first word on the back Krakow (in Poland)?

The surname looks like Jorski, which I think might also originate from Poland but I haven't found any information about the artist.
_________________
Now you should know by now that Potty and I need to see your bottom - we're funny that way!

I was able to find some info. It appears that the painting is from Poland. The painting depicts the fortified Royal Castle and the
Wowel Cathedral. Had a look at some photagraphic images and they certainly appears to be some similarity. It was the fancy way of writhing the letter K on the first line at the back of the print that threw me out

I am still Trying to decyphen the second line of words. I think it may read, Lowski Koshowski wiclok or widok? The signature definately looks like Jorski. I have tried searching the artist under W Jorski, but not found anything yet. Your help has certainly put me on the right track though. Hopefully someone might be able to identify this artist. I would go as far, to say that the print is in it's original frame, that is, when observing the material of frame and condition (oak), and the thick backing paper. At a guess, from the early 20th century, but can't be too sure. It would really help if I could find who the artist is.

I don't know Polish, but after a bit of googling, for the second line I came up with "Zamek Królewski, widok", which doesn't really get us anywhere as it means "Royal Castle, view" 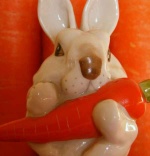 Yeah, this is certainly a difficult one. I too am unable to extract any further information. The painting in my opinion is very well done and it's a shame to have to put this with my other unresolved watercolour paintings. Anyway, thanx for all your your help guys!