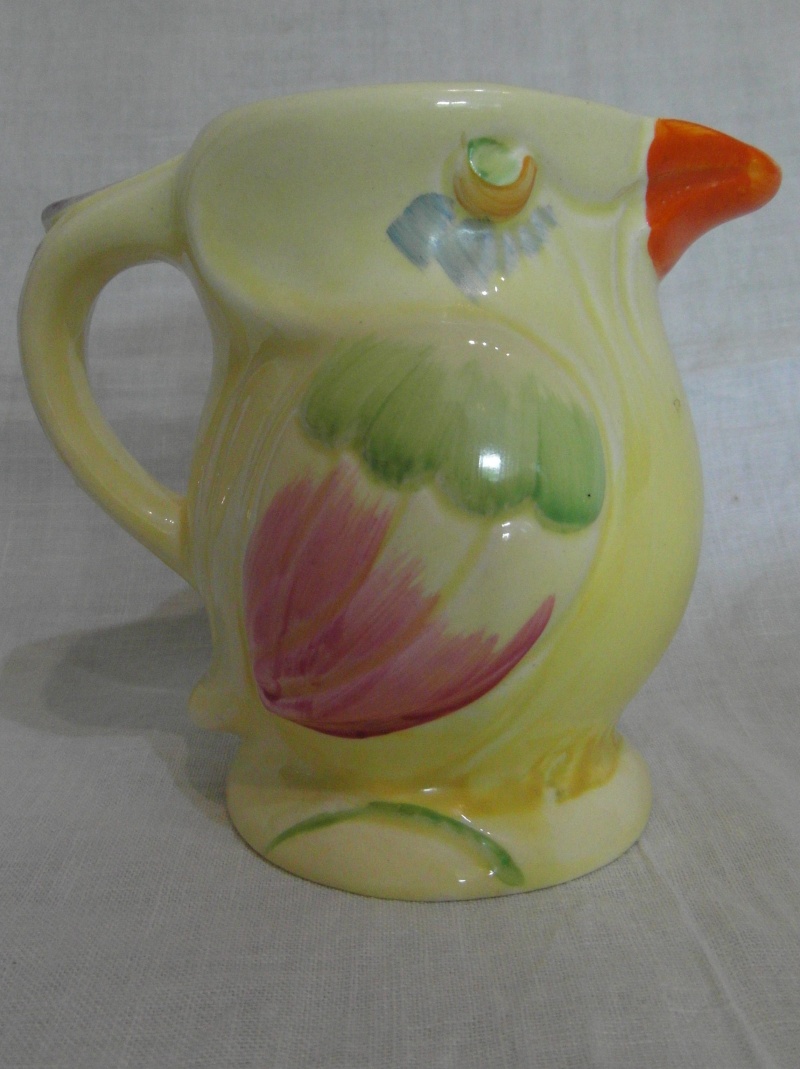 This is the latest in a series of aviacenrtic acquisitions and another that leaves me scratching my head.It is a milk jug and stands about 5" tall.There is no name on the base, just England written in a scripty sort of style. Some of the decoration is over-glaze, some under. I reckon it was made in the thirties, in Staffordshire but I've never seen one before so this is guesswork. It is cute though and brightens up the morning cup of tea. 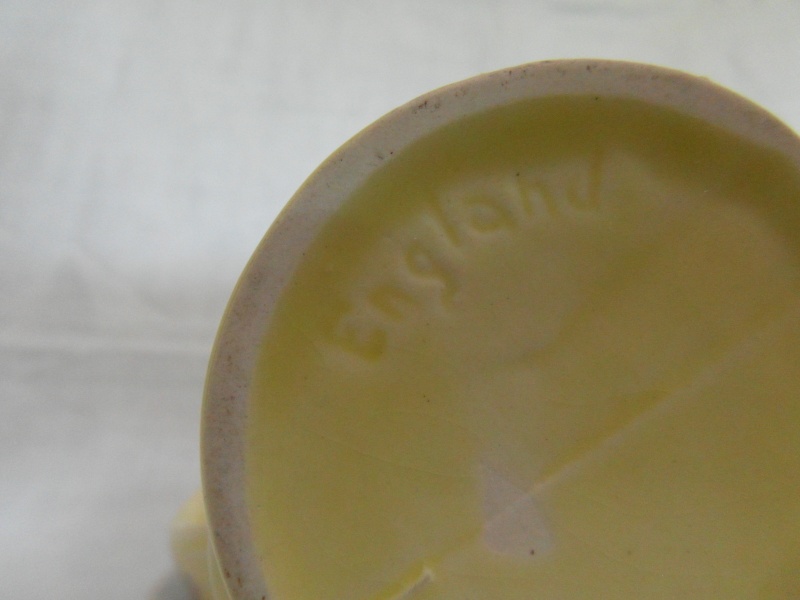 I think that it may be by Keele Street Pottery Co. Ltd. that began in 1915 in Keele Street, Tunstall and after the Second World War acquired several other companies to become Staffordshire Potteries Ltd. in 1950.

I'm very happy to say that my little duck jug has been to a family reunion after a long-lost relative caught up with him on facebook. They agreed to meet in cartoon St Ives; here you can see them relaxing on the sand in front of the cartoon Sloop Inn. It turns out that he was originally from Keele Street, Pottery and many of his long-lost friends and relatives have been in touch since the reunion and he no longer feels like an orphan. 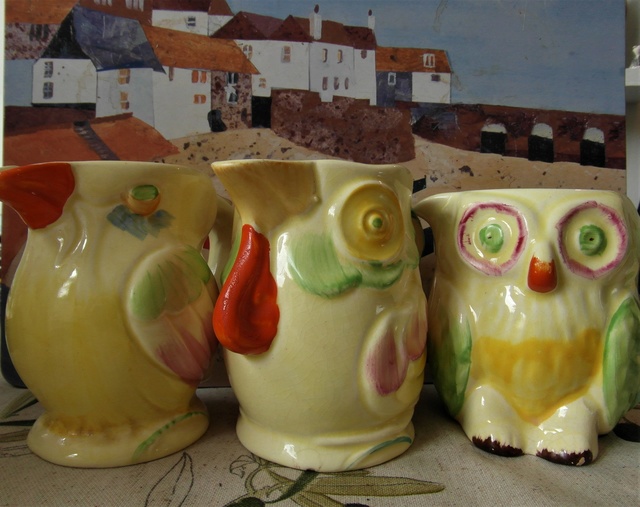 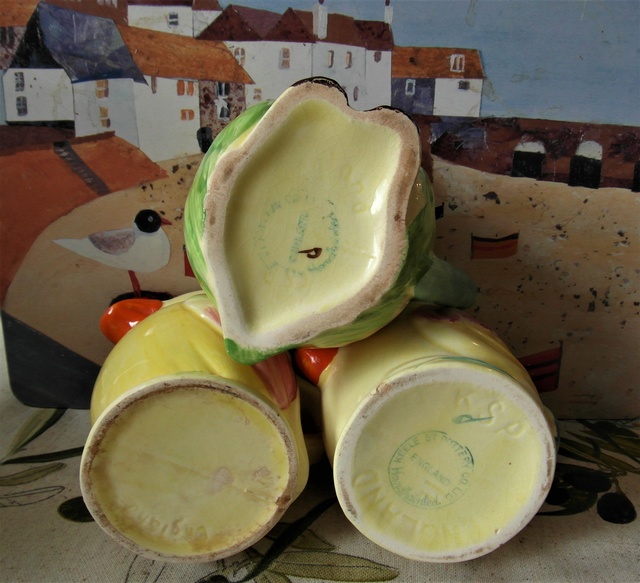 They enjoyed the sea air so much that a little refreshment was called for and the results of getting "refreshed " are all too clear.