Not sure what this is, but I thought it was very pretty and seemed to me very old. It's heavy (about 1 pound 6 ounces, 9 3/4") and entirely hand painted. No marks on the back so I'm relying on you guys to tell me if it's old or not. It was really cheap, due no doubt to the chips. Thanks for any help you can give me! 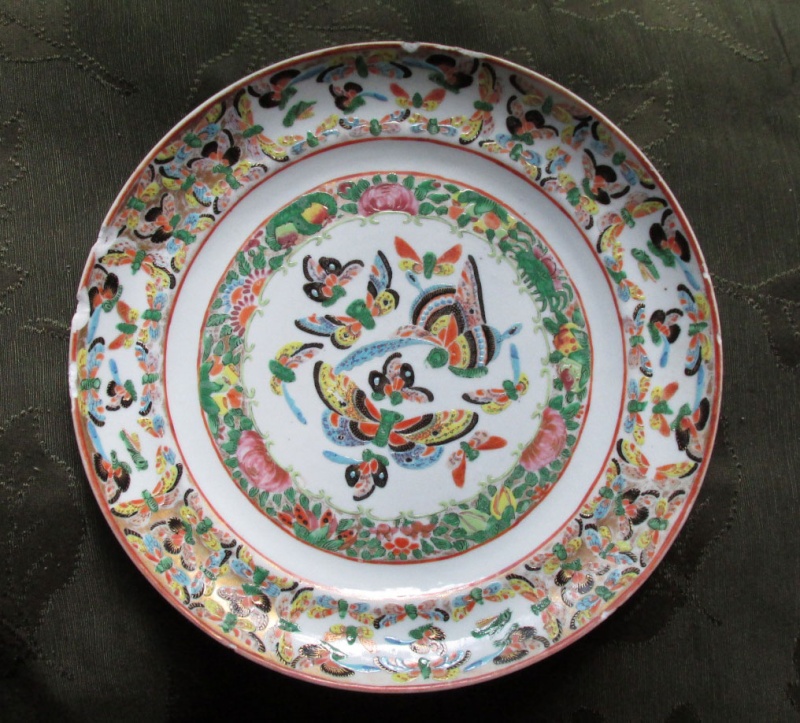 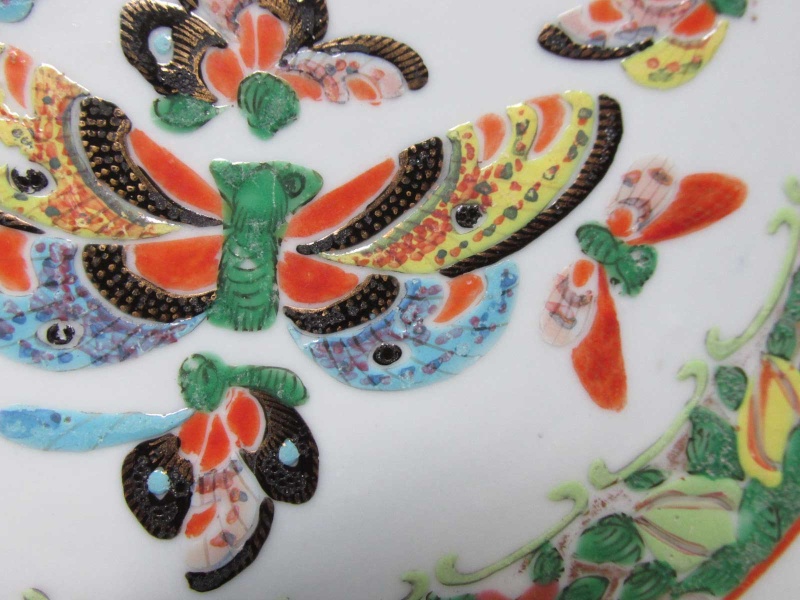 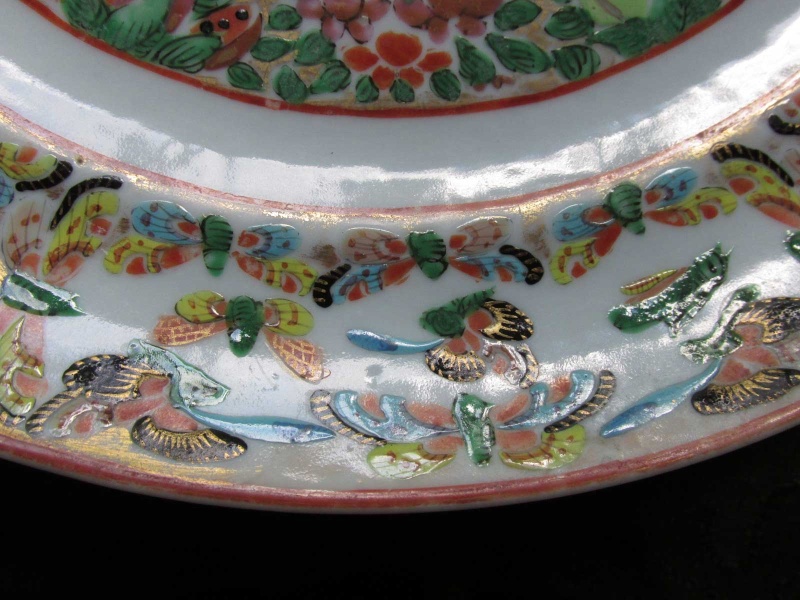 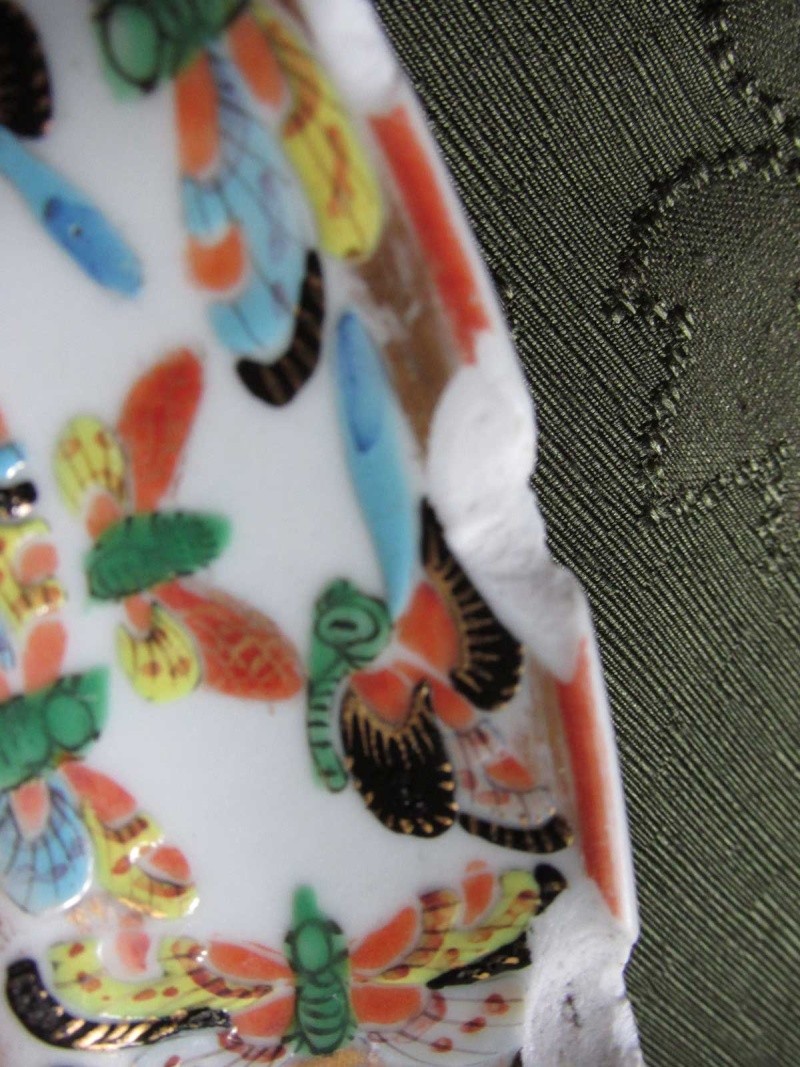 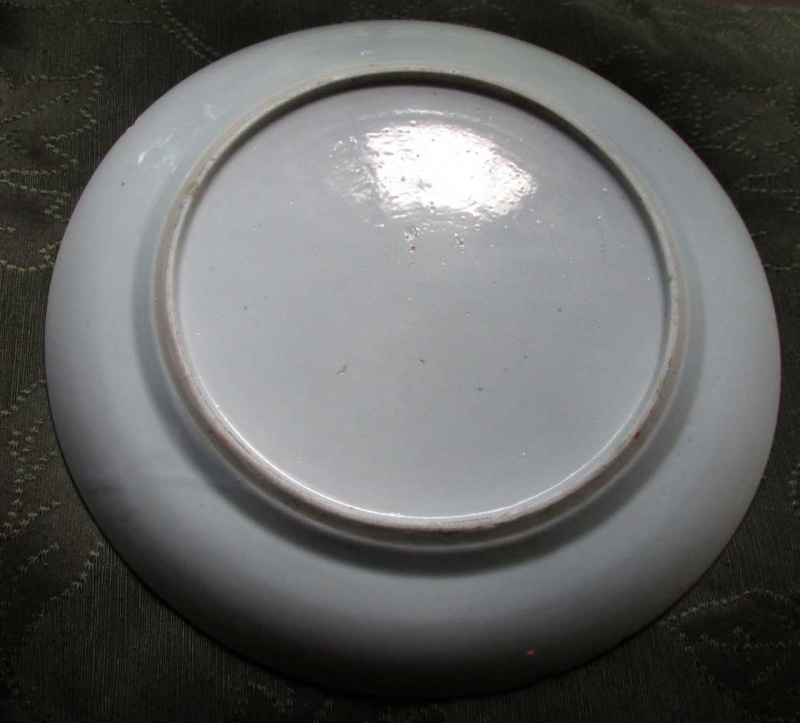 I think it's Chinese, probably Cantonese exportware, made for the European market. It may be 19th century but more likely it's first half of the 20th century because of the bright yellow (brighter enamels were introduced in the late 19th century). I think they are still being made, so may be modern. Unfortunately the chips will make it simply a decorative piece.
_________________
Carrot cake is just fake cake

Thanks for the feedback! I was reading something earlier about the color palette being limited to five colors in earlier pieces; do you know if that's the case? If so, way too many colors in this piece to be very old. Good thing it didn't cost much! But I still think it's pretty!

Five colours may be very true, certainly examples from the 1800s were greener or redder than 20th century ones, and the yellow was more of a muddy buff colour, but they also had the blues, browns, blacks, pinks and all shades in between so it appeared to be a broader pallet than it was. They are certainly very pretty.
_________________
Carrot cake is just fake cake