I recently submitted a tankard in ID my pottery, it was initially suggested it might be by Diana Peyton, dp mark, however, this was discounted but it did lead me to carry out a search for Diana but, apart from a small jug on that site, I have been able to discover nothing about her.

Could someone provide a few details about her, her work and any links to her work.

She lives in London in W2 just on the northern edge of Hyde Park and from the address it is fair to say that she doesn't need to sell her pots to make ends meet.

I met her through Ursula Mommens, as Diane used to organise a small annual crafts fair in a church hall near her home where Ursula and Chris Lewis, who shared Ursula's pottery, used to show their work alongside that of Diane and other craftspeople.

She had an interest in pottery as a collector I think and took up making as a follow on from that. At one time she was a member of London Potters but no longer appears to be, so may well have stopped potting. Her work, as I recall it, was made of porcelain and was white, cream, celadon or pastel in shade.

The jug currently on Ebay is not by her and if you do a google search of images for "Diana Peyton Pottery" the only one that might possibly be of her work is the one of 4 porcelain egg cups that were on Ebay back in January. I think that they were hers but there is no longer a good image available for me to confirm that, as the Ebay images have been removed.

So basically her work was small and restrained with muted light coloured glazes and no brushwork or decoration that I can recall.
_________________
Now you should know by now that Potty and I need to see your bottom - we're funny that way! 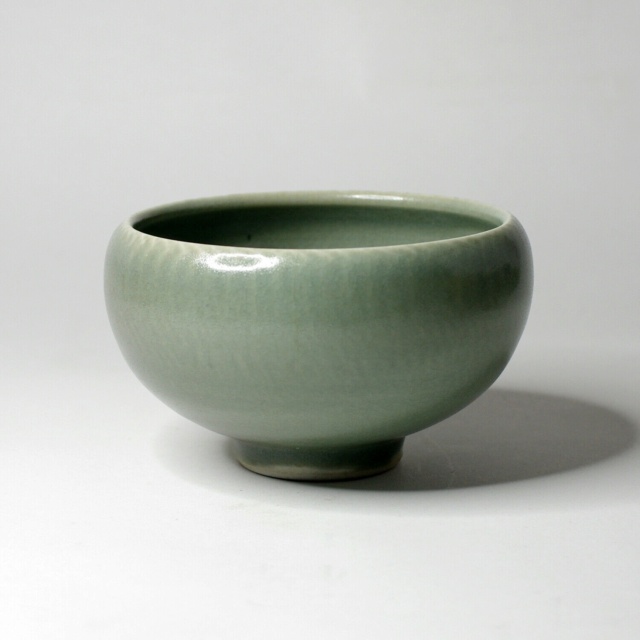 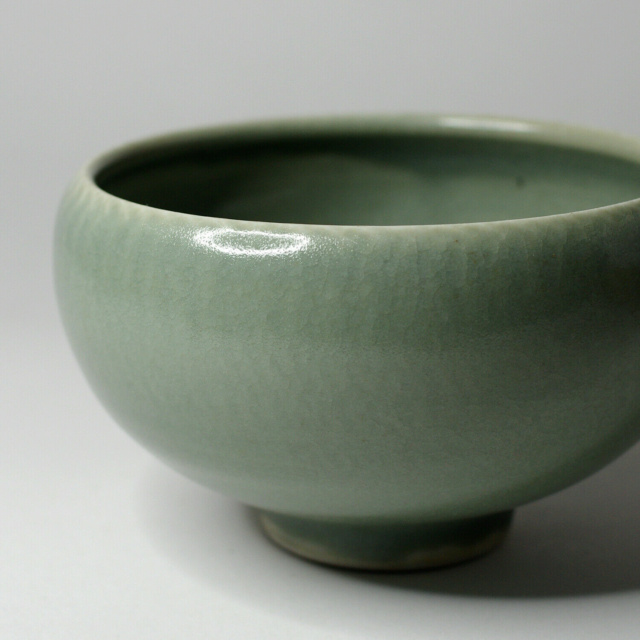 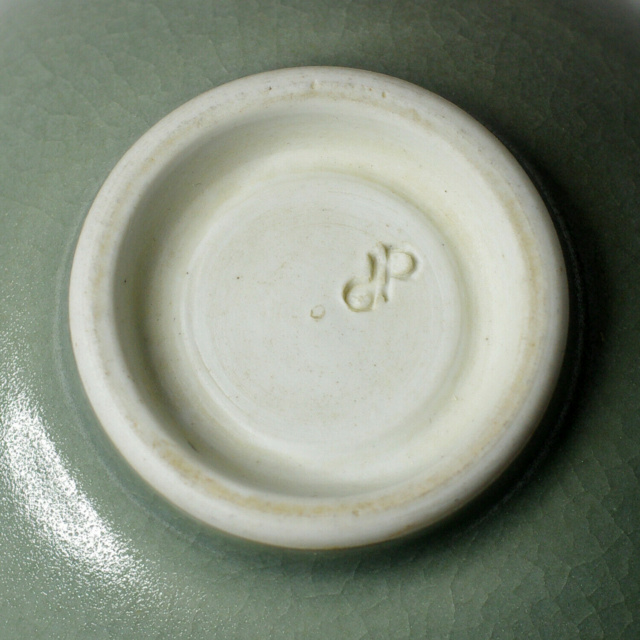 Yes saw a group of pieces sell at action. It's nicely made with the body fluting under the rim to give a ripple effect