A small stoneware pot dated 1967.
Not the most exciting piece of his diverse work, but it's all I have!

....exciting enough and a nice thing to own and hold, the ash in the glaze was possibly from a plant in his garden, makes it all very real.

I had the chance to buy from him just a few years ago when he had a pop-up shop in Chichester. Gorgeous pottery & prints - too pricy for me. I wish I had now. 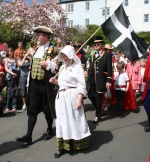 Nice little pin dish with bird in the centre.
Also signed with a fox and Helen Hattors.

"In 1952, he set up a community at Hillesden vicarage, Buckinghamshire, with fellow artists John Clarke, Mary Mansfield, Derek Davis, Ruth Lambert and Martina Thomas. The atmosphere was youthful and dedicated. In 1956 he married Thomas, and the couple settled in Bognor Regis, West Sussex.
In 1958 Mellon, who had previously worked in earthenware, was introduced to stoneware by the potter Rosemary Wren and began making a series of bowls decorated with images of Daphne and Apollo, the beginning of what the classical scholar Oswyn Murray described as Mellon's "democratisation of the Greek myths". Pots were marked with Mellon's signature and a drawing of a fox. In 1965 Mellon had begun researches into ash glazes, using ash from trees and plants in his garden, from 1979 assisted by Mabel Padfield, a scientifically trained neighbour.
In 1973 Mellon was appointed head of art at Slindon College, a boys' boarding school in West Sussex with a beautiful naturally lit art room. He taught there for 20 years and from 1975 held summer schools at the college and in Cornwall, inviting fellow artists to work for free alongside his evening-class students.
Mellon had become a founder member of the Craftsmen Potters Association in 1958." 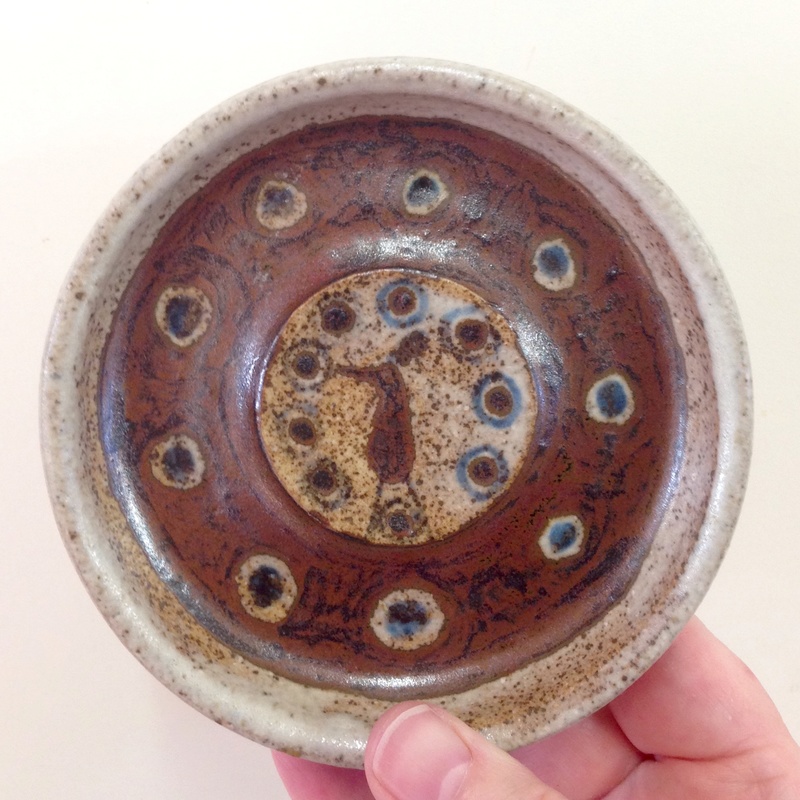 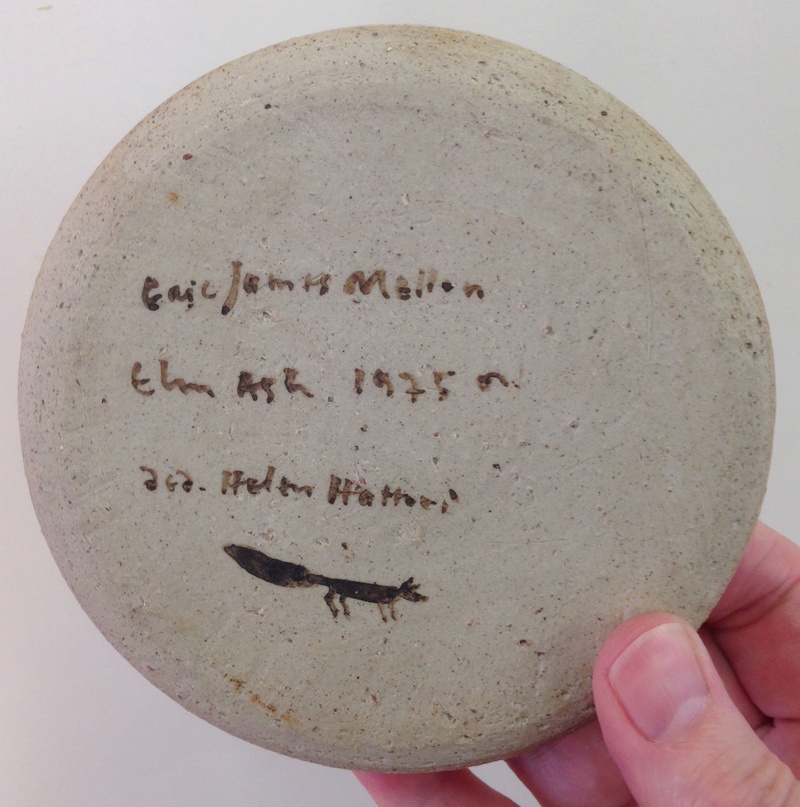 Nice but not cheap. But a lot cheaper than the large Mellon bowl the dealer also had, but I think hubby would have blown a gasket if I'd come home with that

N. you won that battle long ago did you not.

Lol, probably.
Dealer thought he'd over charged so I asked if he'd throw in a Bizen guinomi for free.... turns out the guinomi is worth four times as much

A Eric Mellon vase at auction a few years ago. This is the type of work he is famous for, rather than the earlier ash glazed work. This style of work is almost unique, and highly prized by collectors, resulting in very expensive prices. Still, it is always nice to look!   This mark/signature is on nearly all his later work. 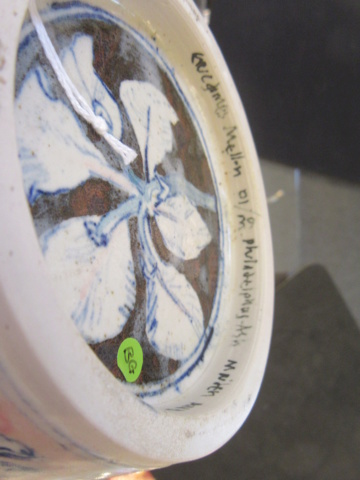 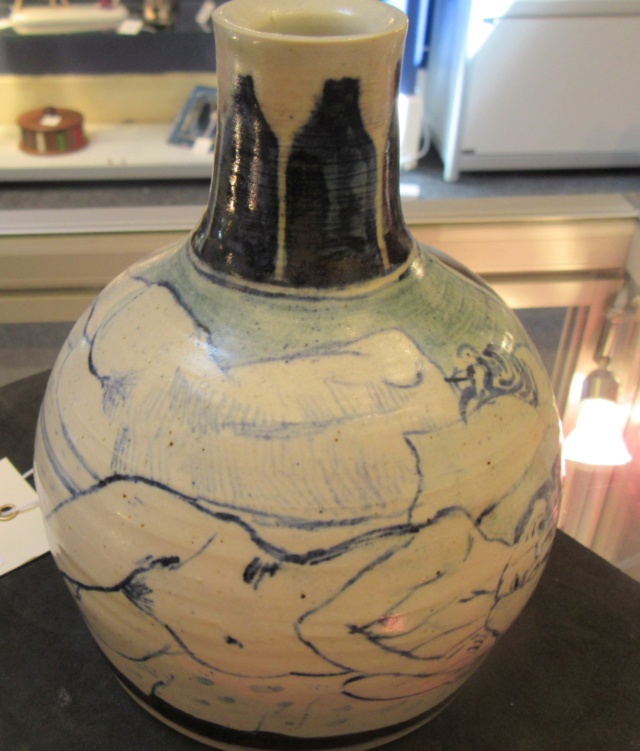 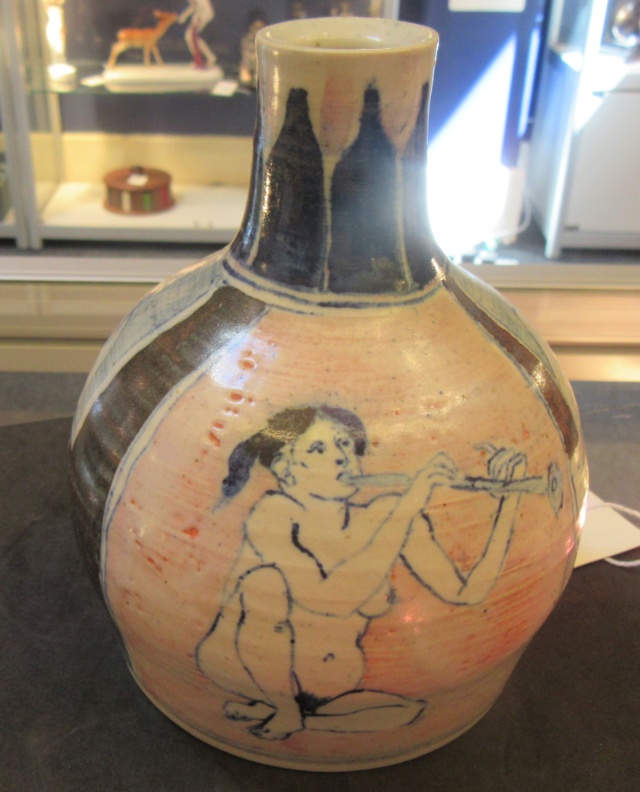 His bottoms are so exciting

I don't think he was a Bums man as such. He just did a lot of nudes... 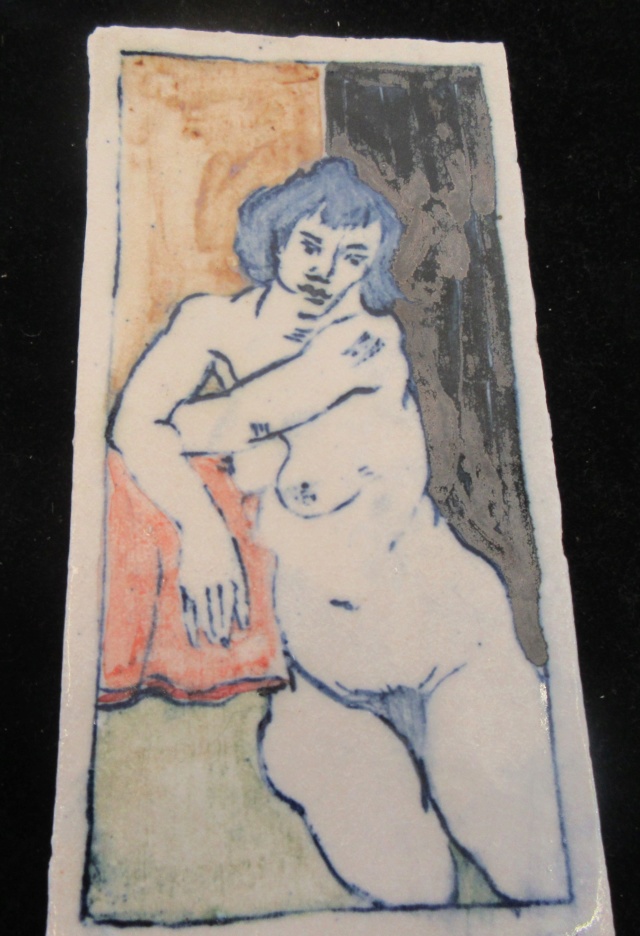 If you what I mean....
A tile from the same auction.

Bottom of the pot = he decorates and has signs in a lovely script? 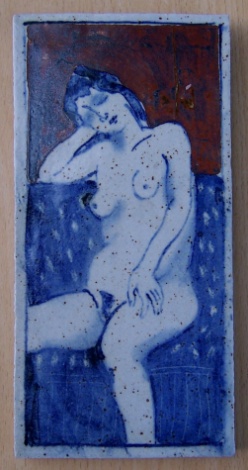 Eric James Mellon, who has died aged 88, was a painter, printmaker and ceramicist who decorated bowls, plates and tiles with mythological scenes, mermaids, circus performers and entwined lovers. He carried out extensive research into ash glazes, which enabled him to draw and paint on ceramic, using an underglaze palette of oxides, and to fire to high temperatures without losing colour, brushwork and accuracy of line. The effects he achieved in ceramic were unique.