A graduate of Glasgow School of Art Ian taught until 2002 when he retired in 2002 to concentrate on his own work. Initially he produced ceramics but gave that up in 2004 to paint, however, he has recently returned to ceramics producing work which is decorated in the same style as his paintings.

I chanced on this little vase, 2.25 H x 3.25 Dia, in a charity shop, it would seem to be clearly by him, I am unable to confirm as I can't find any contact details for him, it certainly seems to be an early piece as it bears no resemblance to his current work. 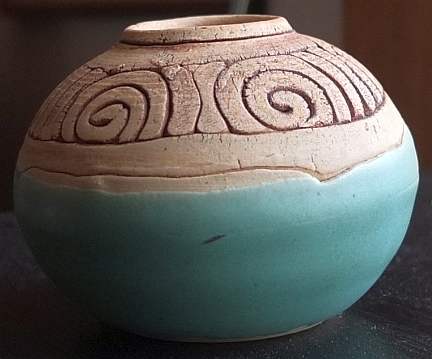 Might be worth asking The Castle Gallery, which is currently exhibiting some of his work - ceramics & paintings. 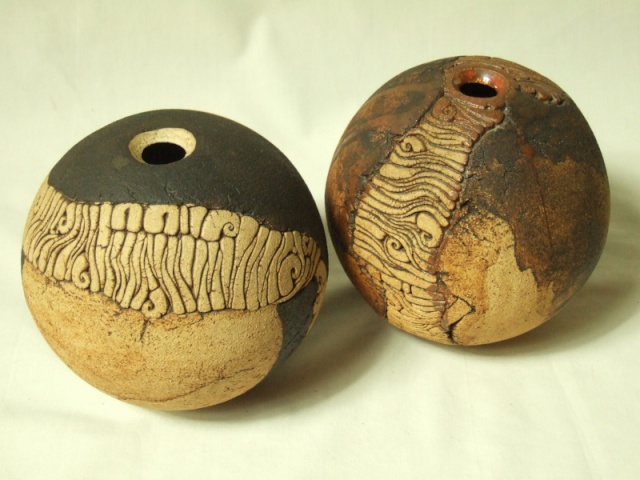 Ian confirmed, through Castle galleries, that he made the pot shown about 12 years ago.