The marks books aren't clear on this mark, early 20thC I guess. 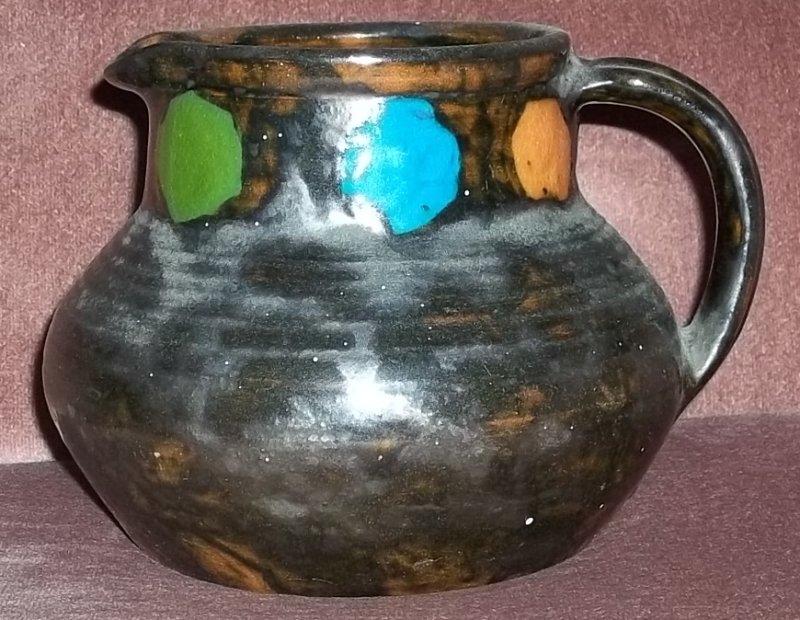 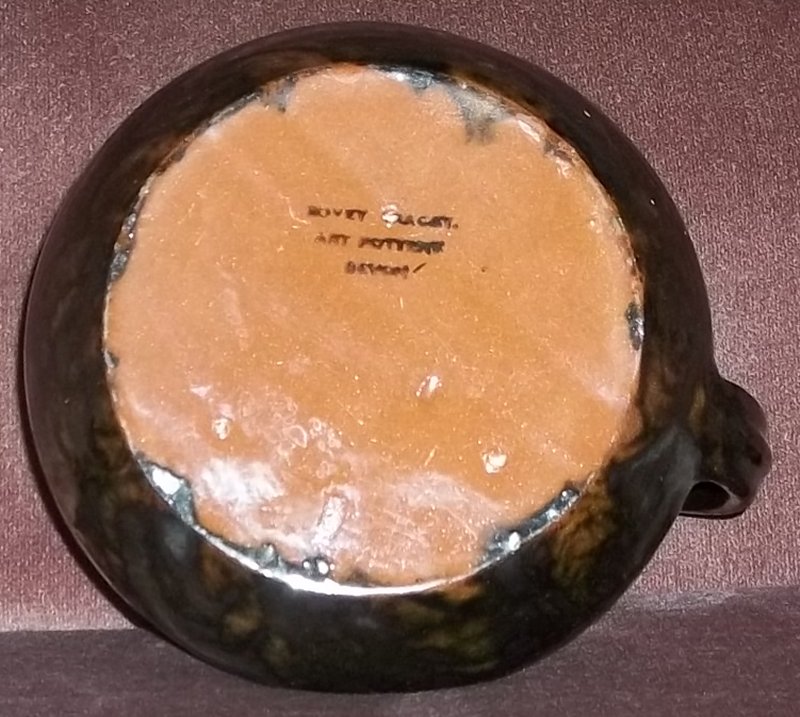 There is a problem with information about some of the potteries in Devon in that it is sketchy and I am by no means an expert but here goes.

There were at least two potteries in Bovey Tracey that had the town in the title and the first of these was the Bovey Tracey Pottery Co, which closed in 1956. This was owned by the Bristol pottery manufacturers, Pountney & Co. Ltd., and is perhaps most famous for taking over the production of Wemyss ware after the Fife Pottery closed in 1930 and taking on the artist responsible for it, Joseph Nekola. Having written all of that, I don't think that is where your jug was made.

The Torquay Pottery Co. Ltd, not to be confused with Torquay Terra-Cotta Co. Ltd, was started at Hele Cross, Torquay in 1908 and continued under that name until 1931. At that point the original company went bankrupt and a new company Torquay Pottery (1932) Ltd. took over production until 1945.

For a short period after the First World War, the Torquay Pottery Co. Ltd. had a subsidiary in Bovey Tracey, which was called Bovey Tracey Art Pottery and that is where I believe your jug was made. Wares were similar to those produced at Hele Cross and I believe that the venture may have only lasted around two years i.e. 1918 to 1920.
_________________
Now you should know by now that Potty and I need to see your bottom - we're funny that way!

Nice folk deco (if there is such a genre) vase with the same mark (replacing previous terrible photo): 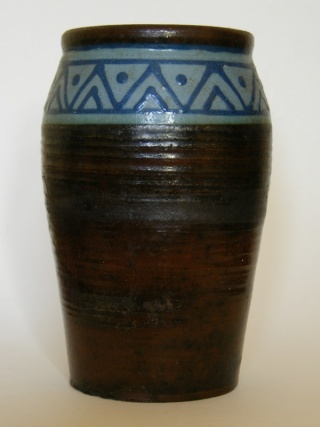