From her home page -

Sussex-born, Yolande studied Three-dimensional Design in Brighton.
A love for ceramics and a flair for life drawing led her to decorate pots, platters and tiles with lively and flowing figures.

After five years as an established and recognised Brighton Studio-potter, she was awarded sponsorship to travel to Japan.
Here she spent a year and a half brush-decorating tableware and preparing for a solo show in Tokyo.  A subtle Japanese influence is still visible in her work today.

Since her return to England in 1998, Yolande has featured in numerous shops and exhibitions,  and has even collaborated with The Body Shop in the realm of shop display.

...she is now settled in a converted barn in Five Ashes, East Sussex, where she pots, sells [...] from home. ...[and] at the Ashdown Gallery Forest Row,  Charleston Farmhouse and annually in the Brighton Festival.

Yolande Beer bowl with fish, looking at her work this appears to be early from the 80's. 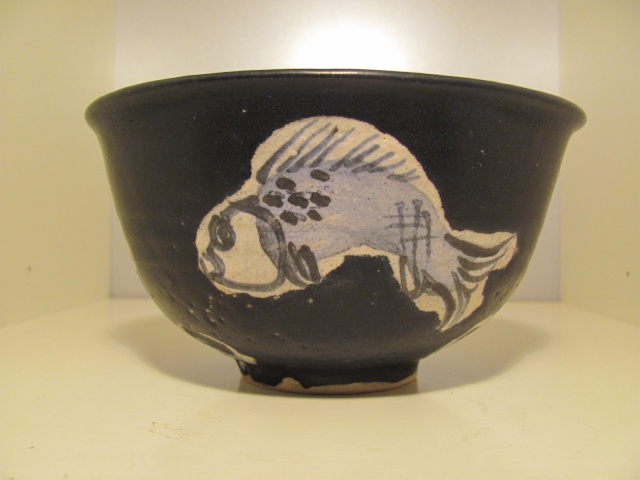 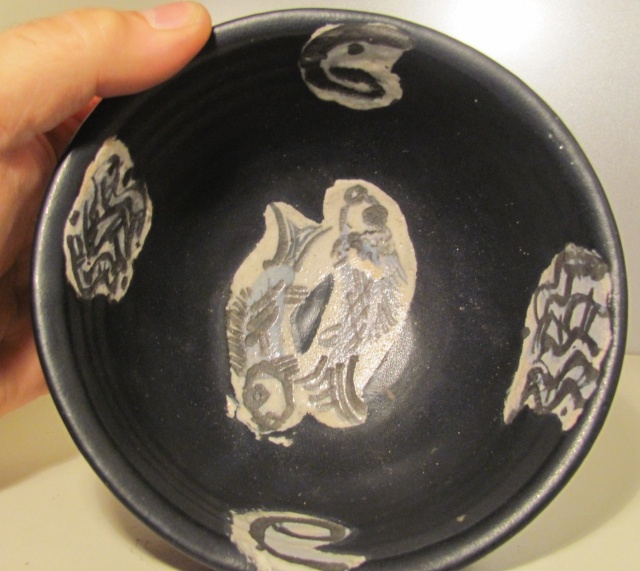 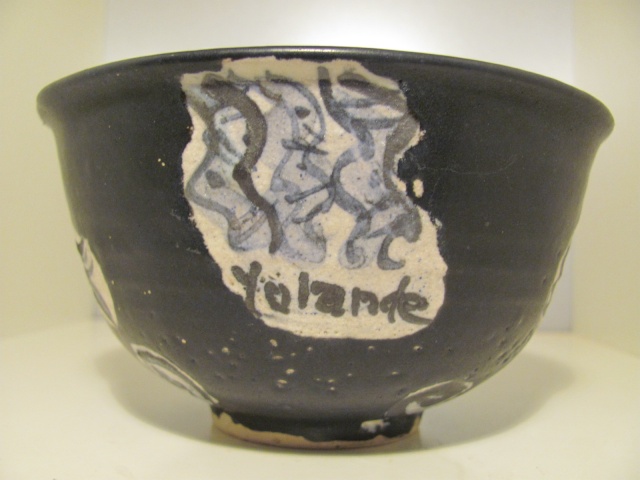