Alot of her saucers didnt have the indent ring - also they were often more like small bowls. What size are they?

Nice - would you have a link? 20 years of looking for a LR or HC or even dar edream it a LC HC piece could be over lol

It is a pleasure to confirm that indeed it is a Lucie Rie as just unearthed a matching side plate approx 7.25 inches across with both Lucie's mark but also that of Hans Coper ......

I always remember Alan Wallwork going on about her saucers being bloody useless as they had no well to keep the cup in.

When he first open a gallery in Forest Hill, South London, selling his paintings and those of his friends he stocked pots by London potters such as Briglin and at Christmas, Lucie Rie cups and saucers. He only stocked them at Christmas as they were expensive - I think he said they were 1/4d old money, if you remember such a thing.

She did put a well in her saucers later but these early ones these days have the advantage of being able to be sold as shallow dishes.
_________________
Now you should know by now that Potty and I need to see your bottom - we're funny that way!

Do you have a cat? Give it a treat😄

I met someone several years ago, who showed me a shallow bowl by Hamada that was made at the Leach Pottery, so it has his personal seal and the St. Ives seal on the bottom. He was visiting an aunt (or great aunt) down St. Ives way and she was using it for her cat. I don't think he told her what the bowl was but she did let him swap it for another bowl and the cat didn't appear to mind.
_________________
Now you should know by now that Potty and I need to see your bottom - we're funny that way!

Fifteen or so years back, so I'm told, also in the Torbay area (Newton Abbot, I think), one of the local dealers popped in to a small antiques fair one afternoon - it had been open all day - and spied an "unattractive brown" studio pottery tea set. I believe he paid £85 for it - a Lucie Rie set, no less, unrecognized by both seller and everyone else. God only knows how much he sold it for.

Also in Devon, around the same time, a Plymouth school was setting up for a jumble sale. One of the helpers fortunately knew a bit about antiques and spotted a Wally bird jug. So, instead of £1 or £2 that they would have otherwise had, the school funds were a couple of thousand richer after it was put into auction on their behalf.

A world record price achieved in New York for one of Lucie's bowls.

Not my cup of tea anyway!

When someone is collecting studio pottery rather than a specific potter they always want a typical piece, so that this bowl wouldn't appeal. It clearly didn't appeal too much at the time it was made to people, who collected her pots then, as she didn't make many examples. However, when a potter or artist gets as big as she has in the collecting world then rarity becomes key.

So really it fetched that money because it wasn't popular at the time Lucie Rie made it to people, who collected her work.

That is a very good point SP. Also depends when the last one came up for sale.

Strangely, we have hardly any pieces by the greatest female ceramic practitioner of the 20th century. These pieces are all on show at the Sainsbury Centre for Visual Arts in Norwich. The Sainsbury's were great patrons of Lucie Rie and Hans Coper, and the collection of their work  in Norwich is one of the finest anywhere. There is a book by Cyril Frankel 'Modern Pots. The Lisa Sainsbury collection' which tells the history of Lisa Sainsburys ceramic collection. 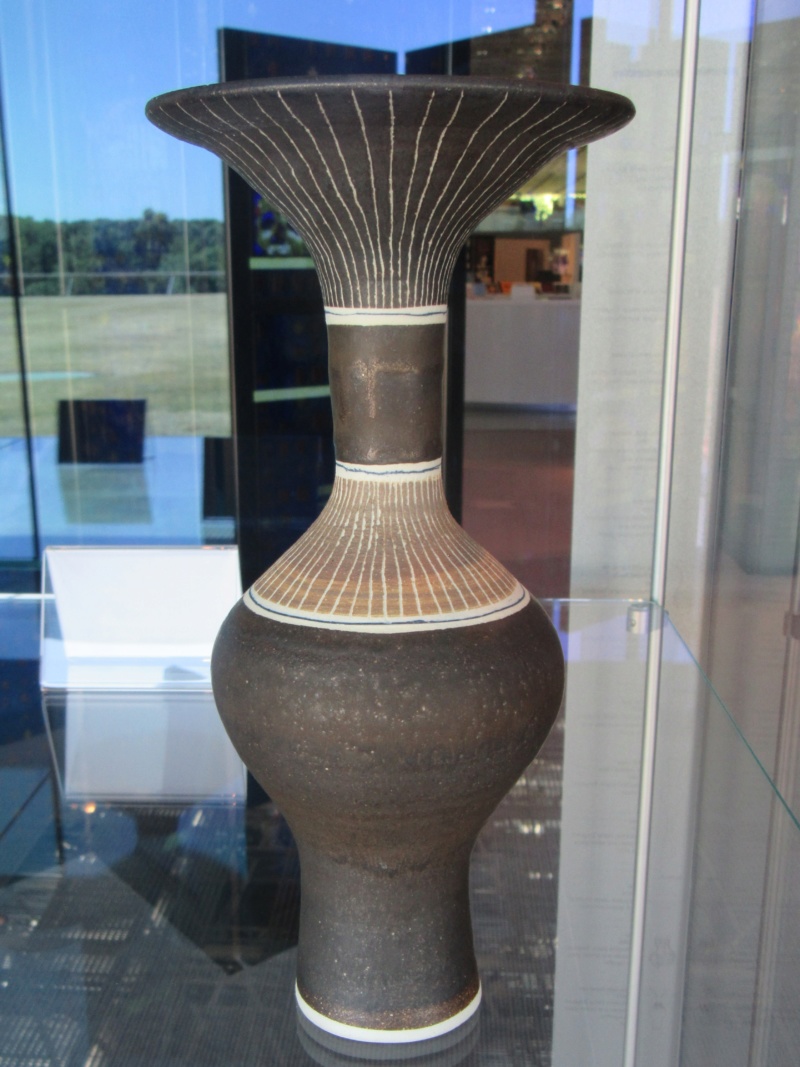 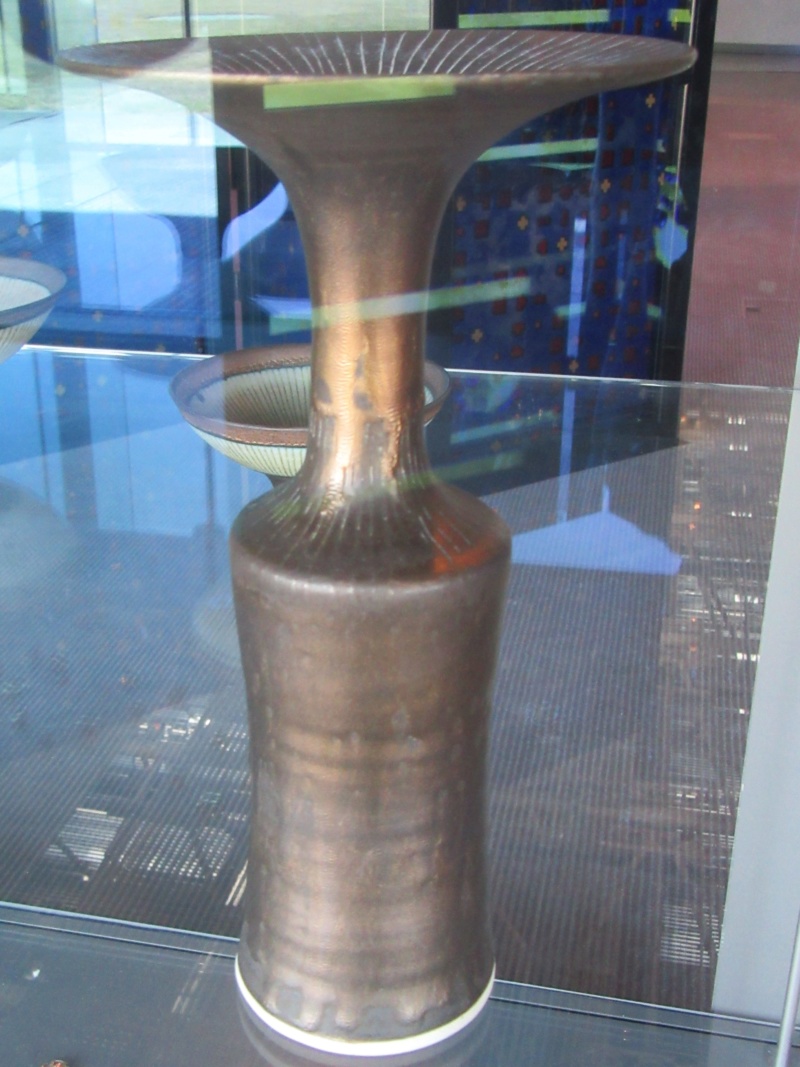 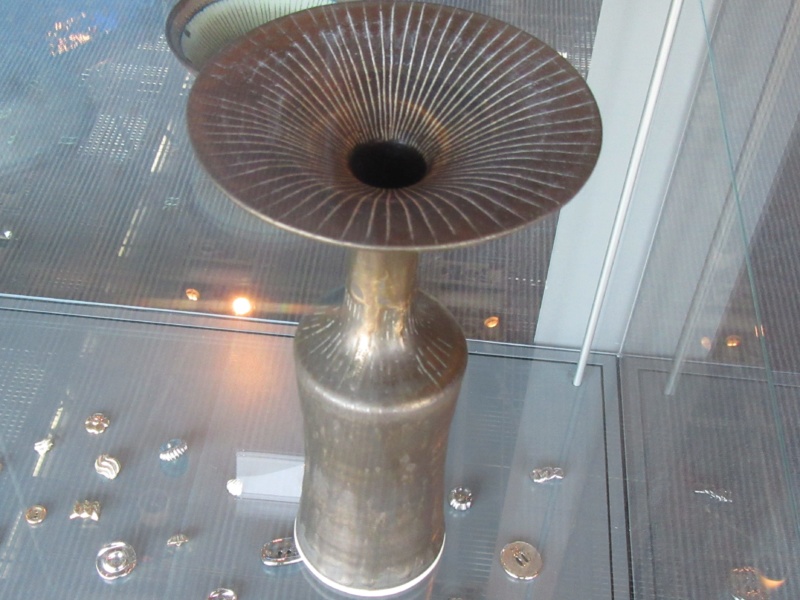 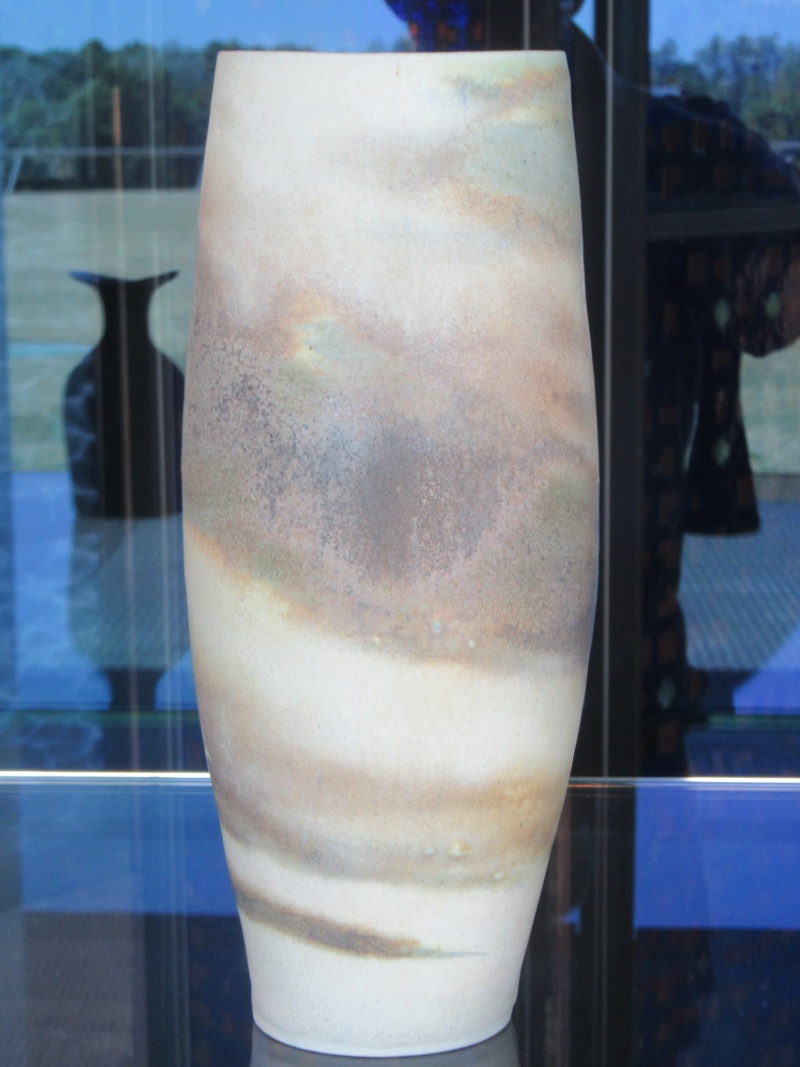 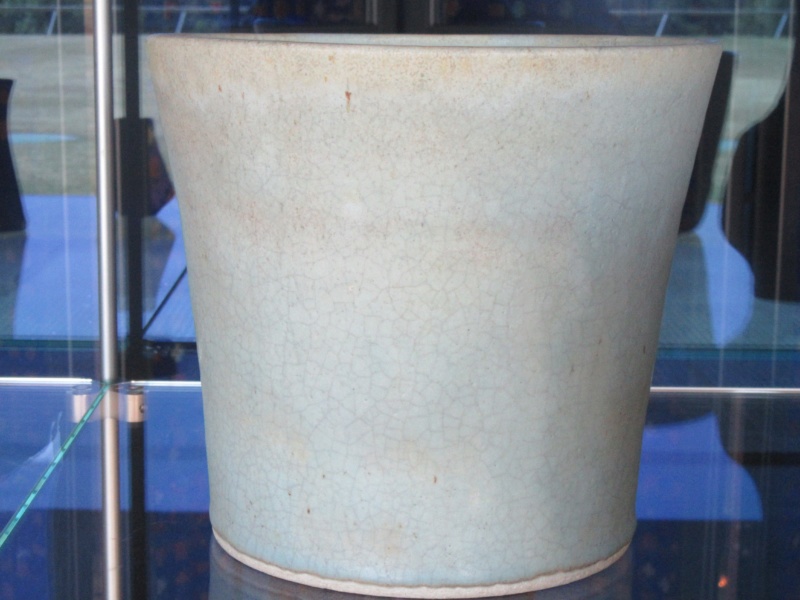 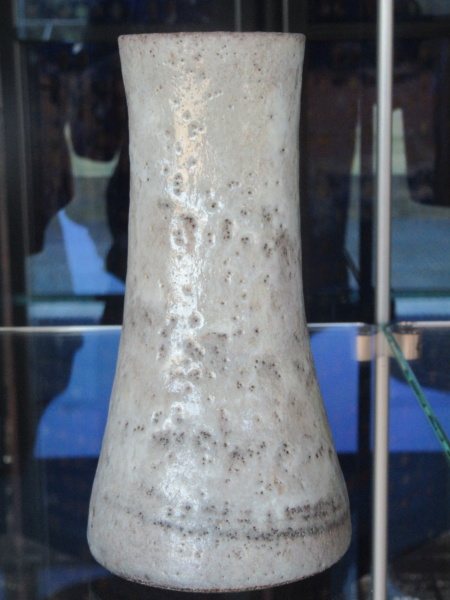 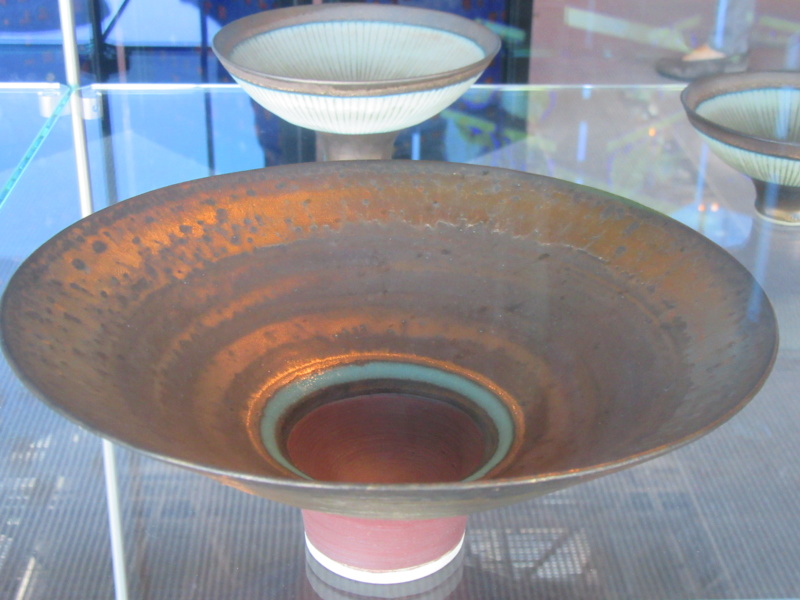 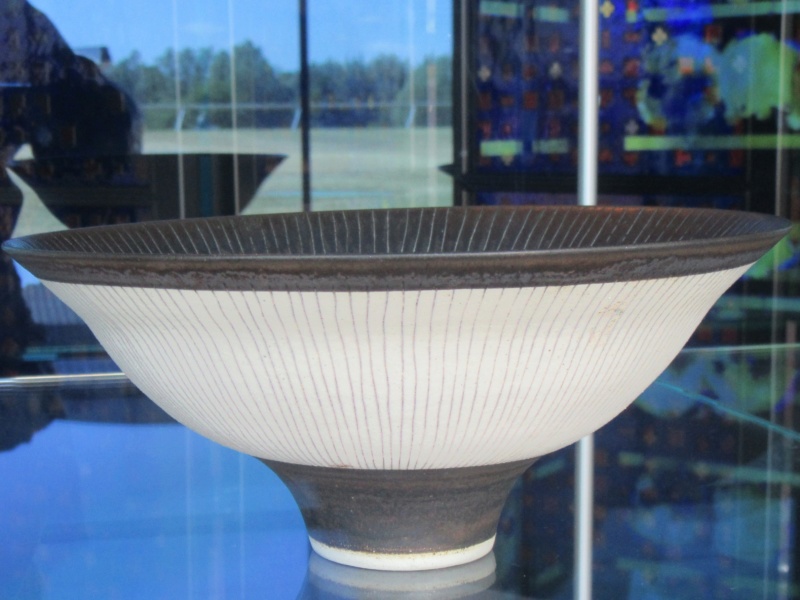 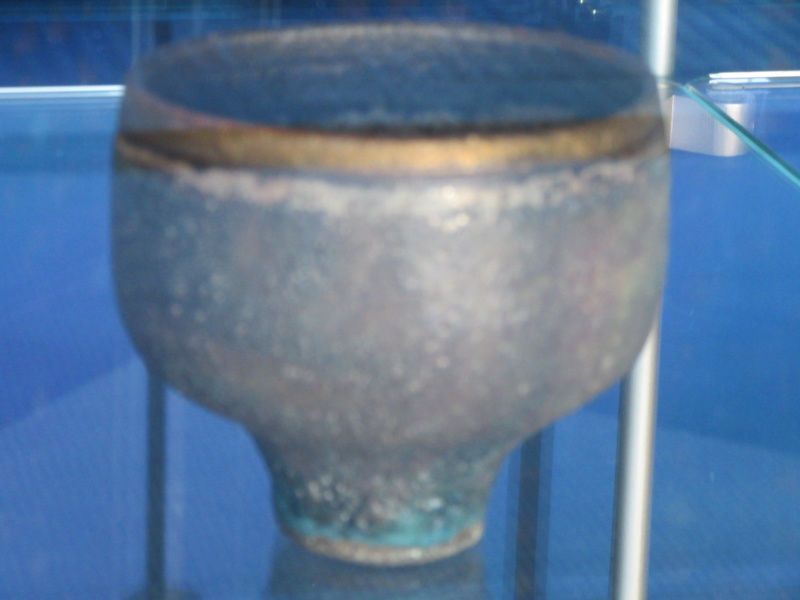 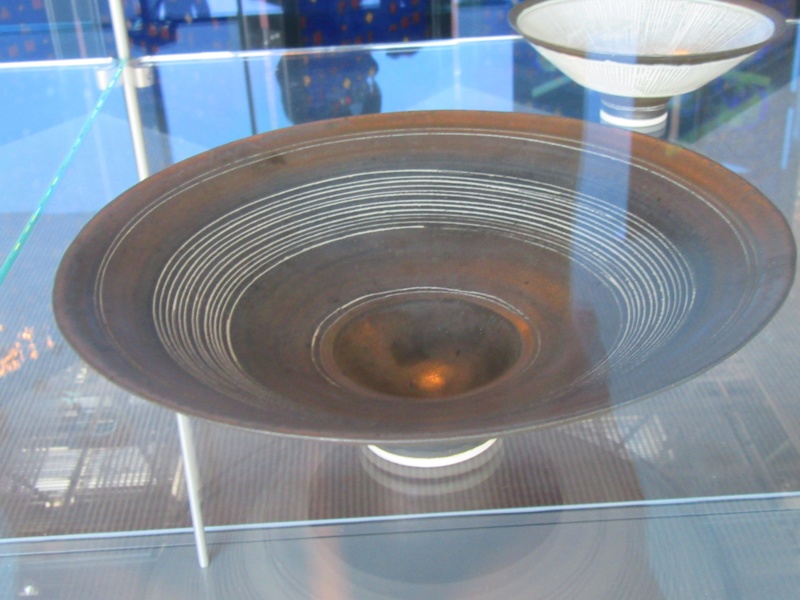