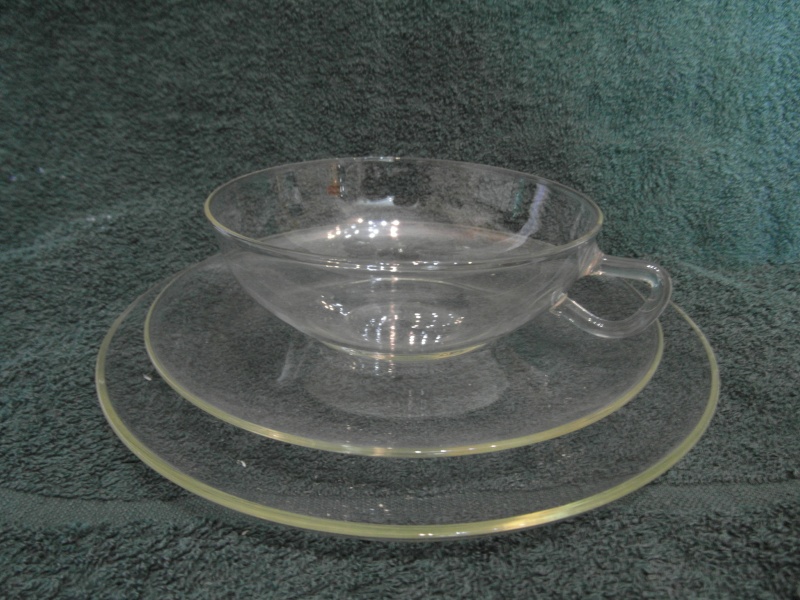 Glass Tea Service, designed by Wilhelm Wagenfeld (1930-1934). Light as a shadow, strong as a spider's web. When you pick it up you're not sure you got hold of it in the first place. Made in Thermo raso glass which is what they made glass chemistry apparatus from. So enduring as a design that they are still in production. When originally produced W.W refused to have his name put on them as he saw the whole production process as a collaborative effort.

Apparently the Janaer glass factory was split in two after the war with similar production being carried out on both sides of the iron curtain. Rasotherm glass was the name of the East German product with Mainz Schott, Jena Glas, Jenaer Glas, Schott & Gen, Schott Glas, and Saale Glas being used in the West.