It's not often that I wonder why they bothered making it or I spent hard-earned on buying it. There was a bit of flow blue, a huge cup and saucer, that I regretted buying as soon as I had paid for it but it came in handy later as a paintbrush holder.
This pictured piece has no such water-proof advantages. It seems to be made of painted, dried mud and yet the firm that made it - 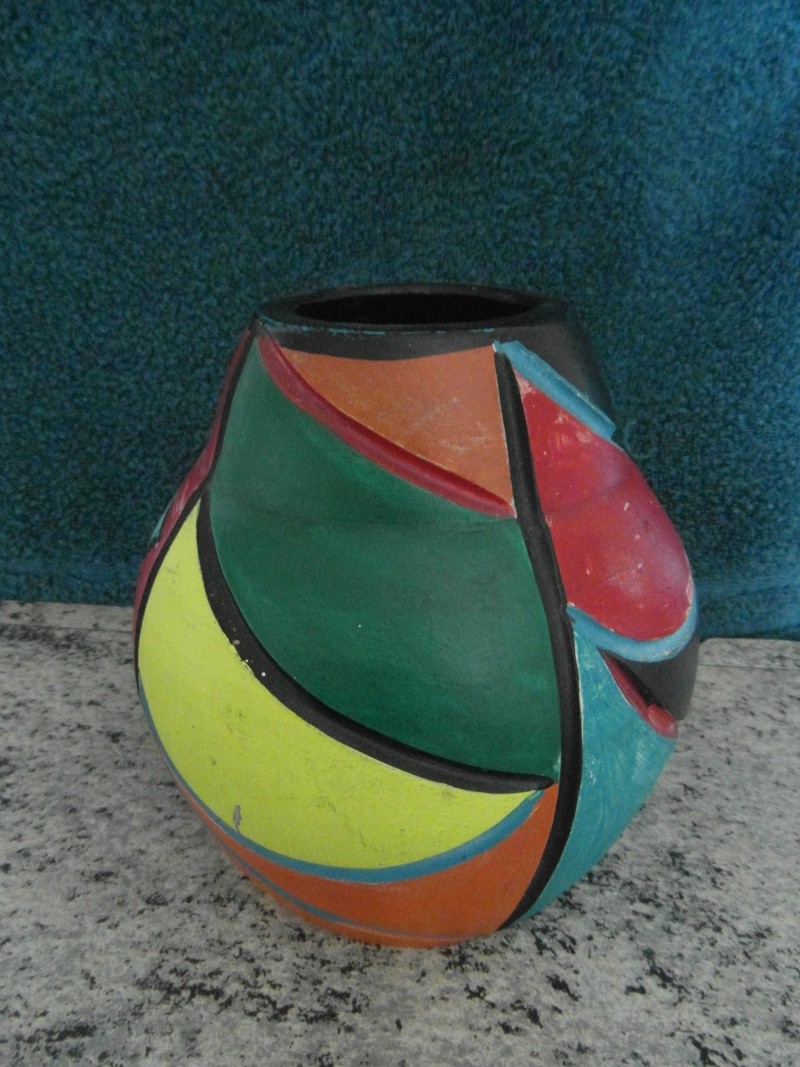 GERUNDA CERAMICA ESPANA - proudly stamped their name not once but twice in the base. It weighs a ton, the walls are the sort that CERN might use for shielding against stray gamma rays,the colours make the word fugitive (which is often applied to glazes that cannot withstand the test of time) seem ironically geriatric and the body is as hard-wearing and resistant as a dead jellyfish. In short it's cr*p but if I see another bit I'll probably have to have it just to see if it is as bad

Decided to move this to Europe as the Rest of the World shouldn't take the blame.

It appears that Gerunda is the original name of the city of Girona, which is situated in N. E. Catalonia so if you want some more your best bet is to fly to Barcelona, hire a car, drive 99 km north east and fill your boot!

Tell us what you really think Steve , stop sitting on the fence