A couple of pieces by John Davey, and some information plagiarised off the internet:

Leonard John Davey (1913-1991) was born in Nottingham.  Teaching at Castle Douglas High School provided John Davey with the necessary funds to set up his pottery, the Old Bridge Pottery, Bridge of Dee and become a full time potter in 1968.  The pottery became known as the Davey Pottery from 1976 when he was joined by his daughter Sylvia.  His work was shown at craft exhibitions throughout Scotland.  He was a founder member of the Stewartry Arts Society in 1969.

A charger or shallow bowl, 15" in diameter: 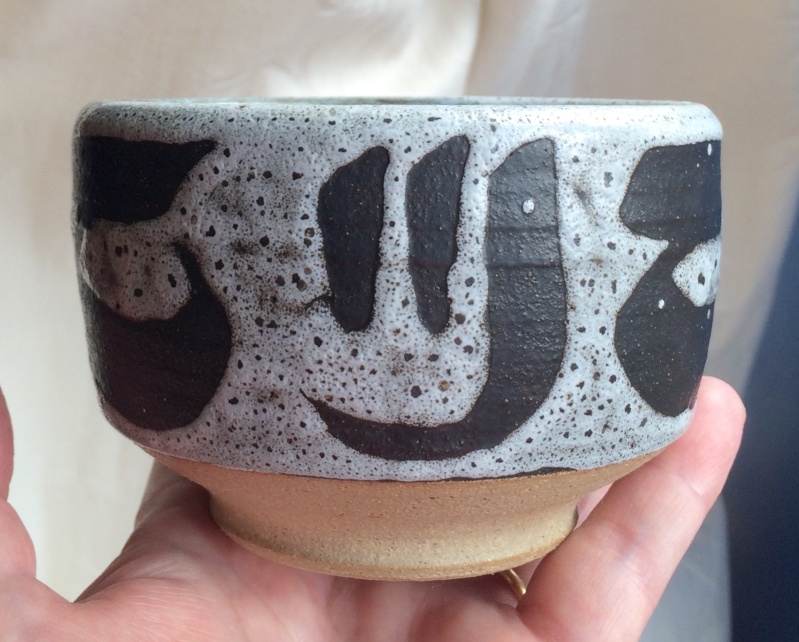 Hi everyone does anyone have any info on this potter - I have found a piece that may be from her, I think she has a Leech connection but cant find any older pieces and is she worth collecting 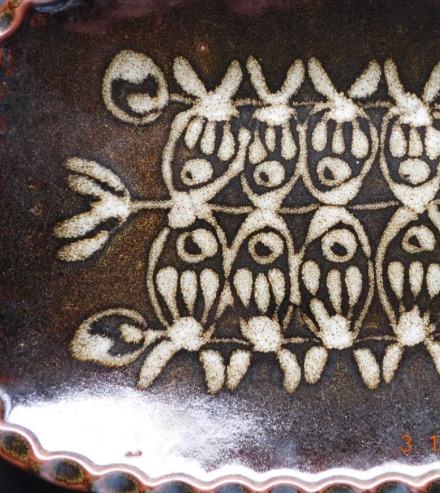 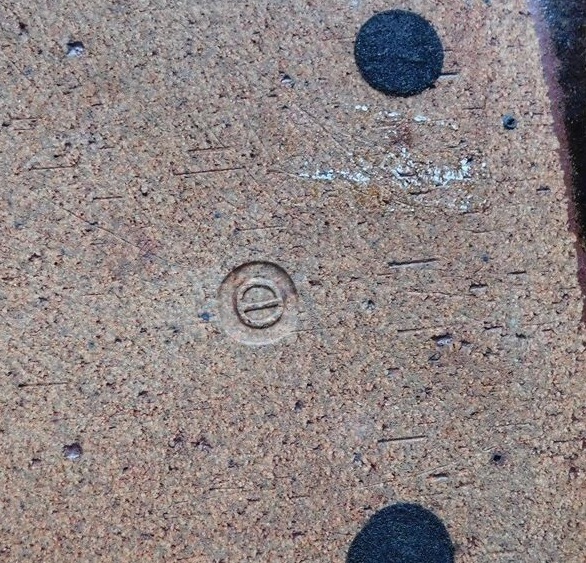 Hello all - bought this tray quite a long time ago and found it in the attic - cant tell what the mark is trying to represent is it an OI or not?

does anyone have a silmilar mark in their collection and know the potter? 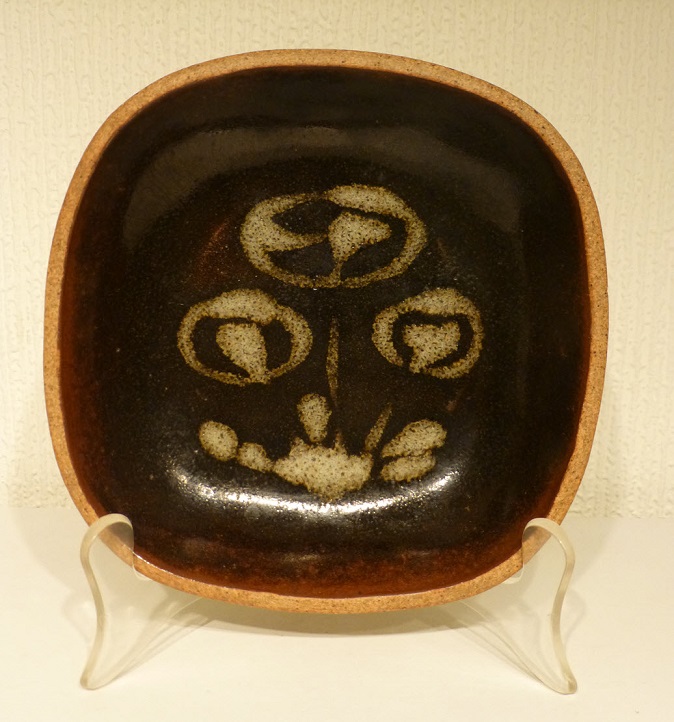 I've come across this mark and decoration before. May be Brian Paul Bearne, but I haven't been able to verify that

After all this time - I've found it!!! = Davey Pottery, Castle Douglas, Kirkcudbrig
Just goes to show = Never Give Up Folks!!!! :) 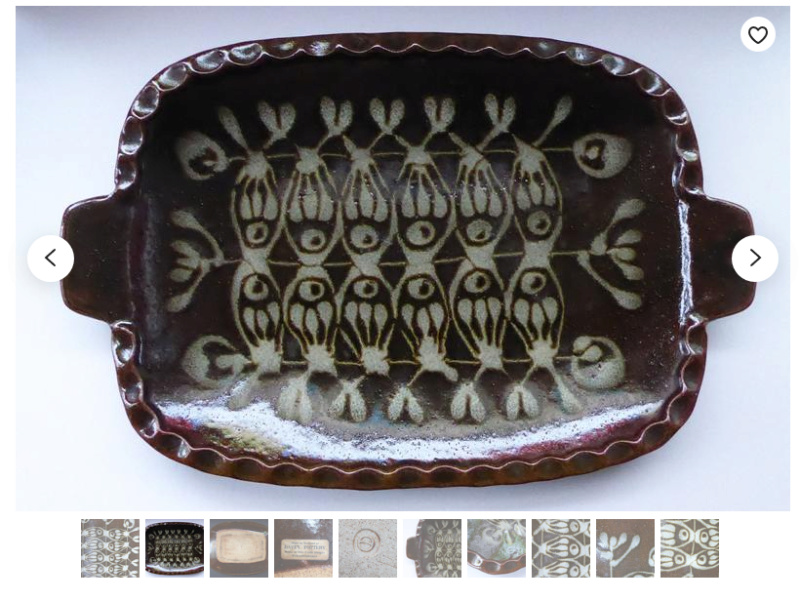 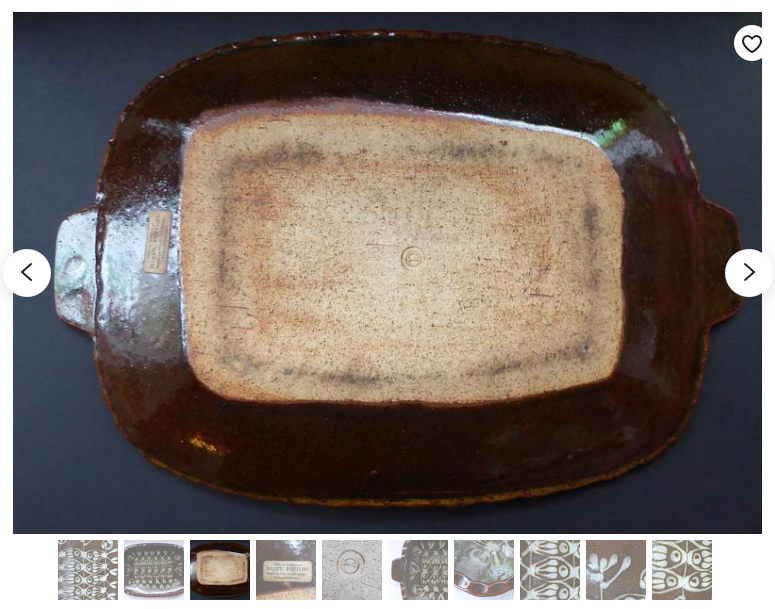 I can finally put that one to bed... 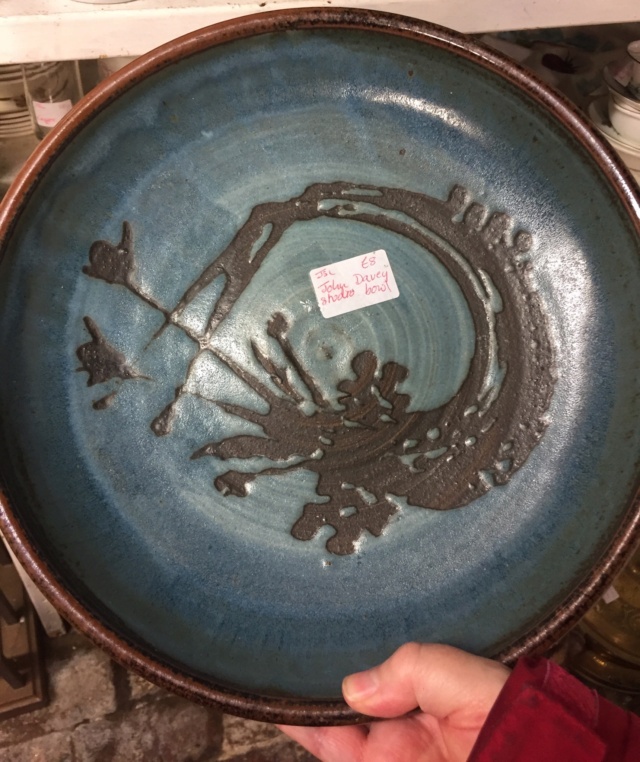