I have recently found this ruby red vase with controlled air inclusions. Thought it may be Whitefriars. I have found similar vase in their catalogue from 1949 : http://www.whitefriars.com/catalogues/contents.php?id=10381 , it looks like Whitefriars introduced similar colour at that stage as well. 9'' in diameter and 4'' tall. 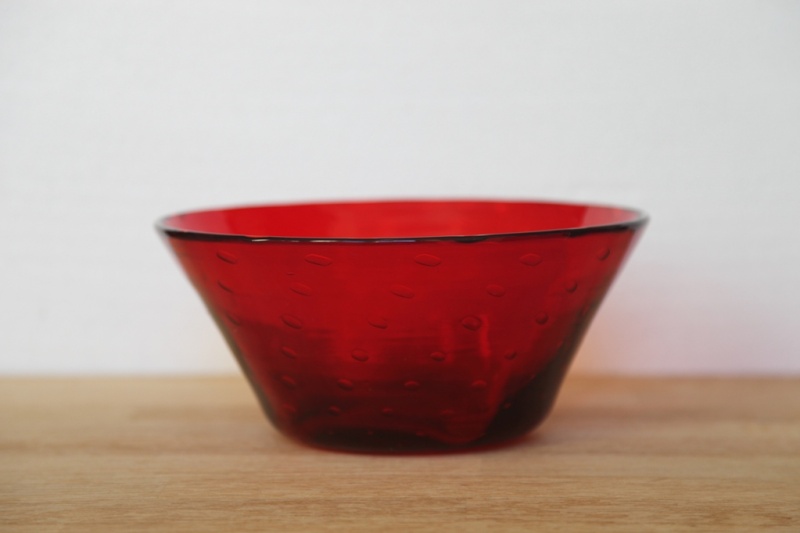 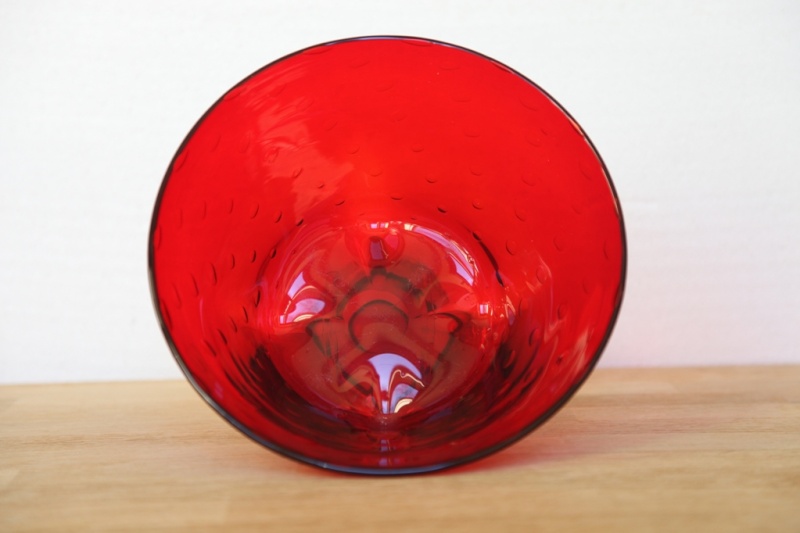 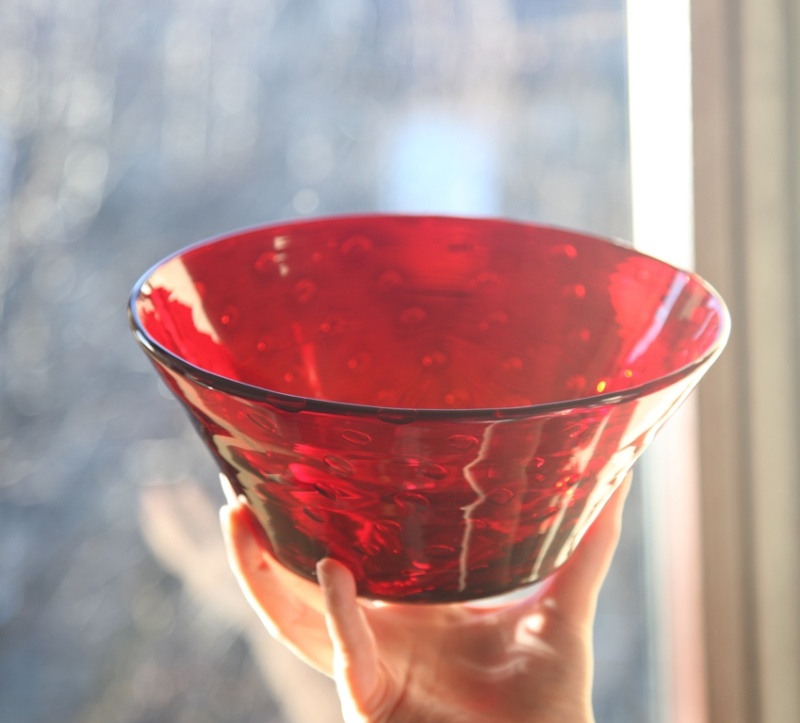 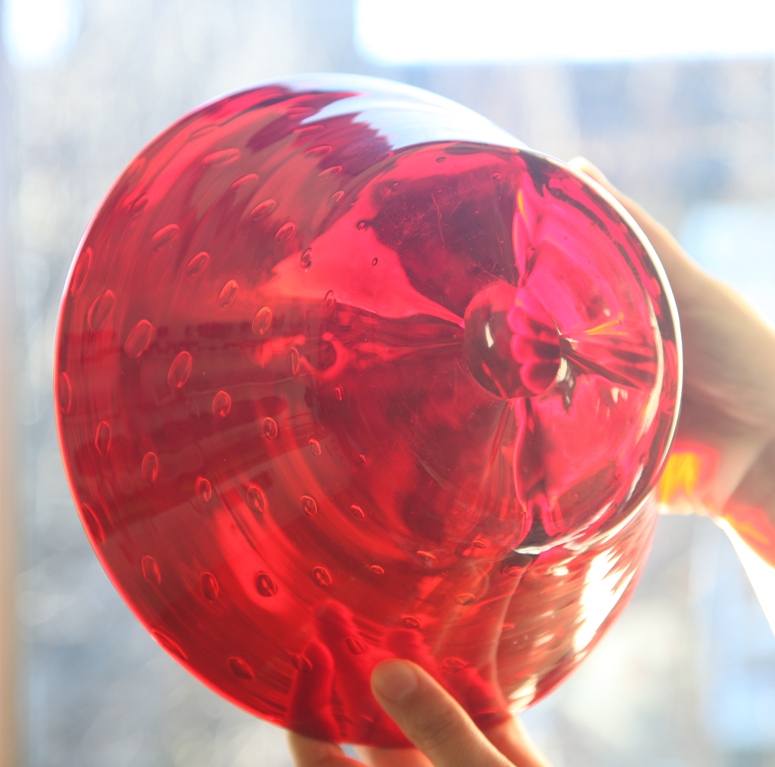 Whitefriars.com is probably the place to confirm your assessment.

True, they know there stuff on Whitefriars.com especially with the more obscure pieces. However, checking your link to the catalogue I think you are spot on.

The dimensions seems to be right as well (24cm in diameter) but I'll post it to Whitefriars.com as there seem to be quite a few copies of Whitefriars around.

There are three designs which have been copied, the drunken bricklayer (small not large), onion vase and hooped vase. These are actual copies - possibly made with the intention to deceive, though some of the colours are just not like those of Whitefriars. All three are vases from the textured ranges of the 60s and 70s.

Many glassworks have made items similar to each other, no surprise as they all sell in the same marketplace and try to produce wares that people will actually buy. Geoffrey Baxters textured designs could be said to have been inspired by Scandinavian production of the period but they are not what I would call copies. No designer works in a vacuum. Frank Thrower at Dartington reworked many traditional English shapes and gave them a modern twist as well as taking inspiration from successful Scandinavian factories.

The problem with the Whitefriars name is just that every man and his dog labels any old bit of glass with it. The advantage that the Whitefriars collector has is that the factories production is very well documented.