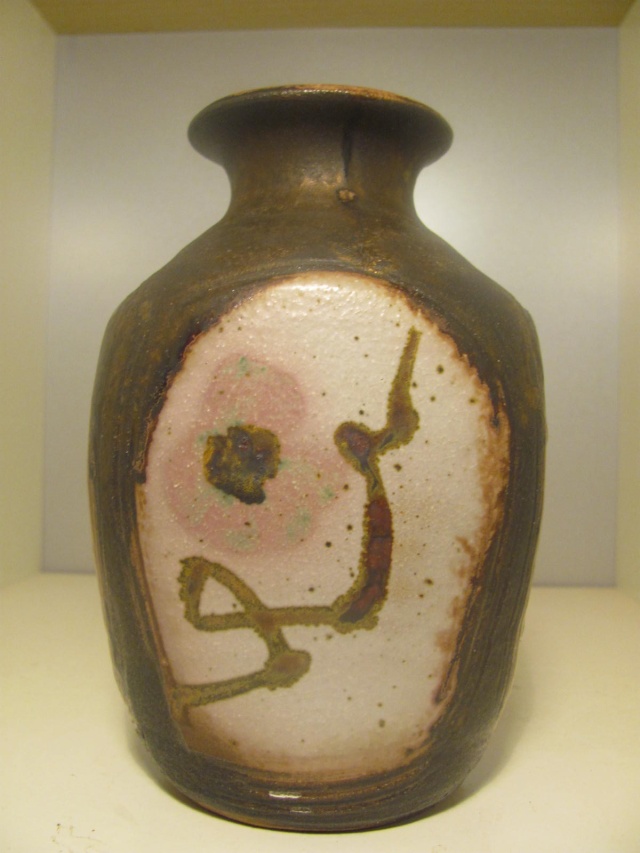 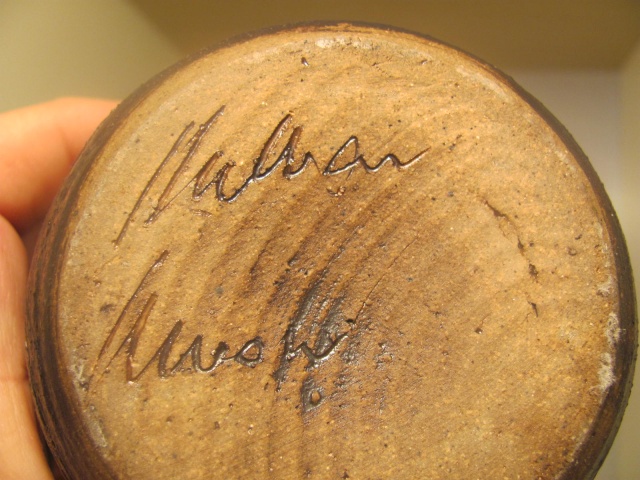 It only took 8 years to ID! Not sure if I still have it or if it went to Charity.

Milton Moon was born in 1926, Melbourne, Victoria. He studied painting and drawing at Central Technical College, Brisbane, and then studied pottery privately with Harry Memmott, and wheel-throwing in particular with Merryn Feeney at the Sandison Pottery in Brisbane. In 1982, after some years working in broadcasting and television he became Senior Pottery Instructor at the Central Technical College, Brisbane. In 1969 he moved to Adelaide where he was appointed a senior lecturer in the ceramics department of the South Australian School of Art. In 1974 he lived and worked in Japan for one year assisted by the Myer Foundation. In 1975 he began working full-time at his Summertown Pottery in the Adelaide Hills. Since 1959 he has held numerous solo exhibitions in all Australian capital cities and has participated in many group exhibitions. He is represented in the Australian National Gallery and all the state galleries.
_________________
skay wrote: