Good afternoon,
Does anybody recognise the impressed pottery or potters marks on this 1960's Pierced Pottery Lamp Base.
There are three impressed marks, one is harder to see than the others but I have done my best to photo them.
Hope somebody can help.
Thank you,
Julian. 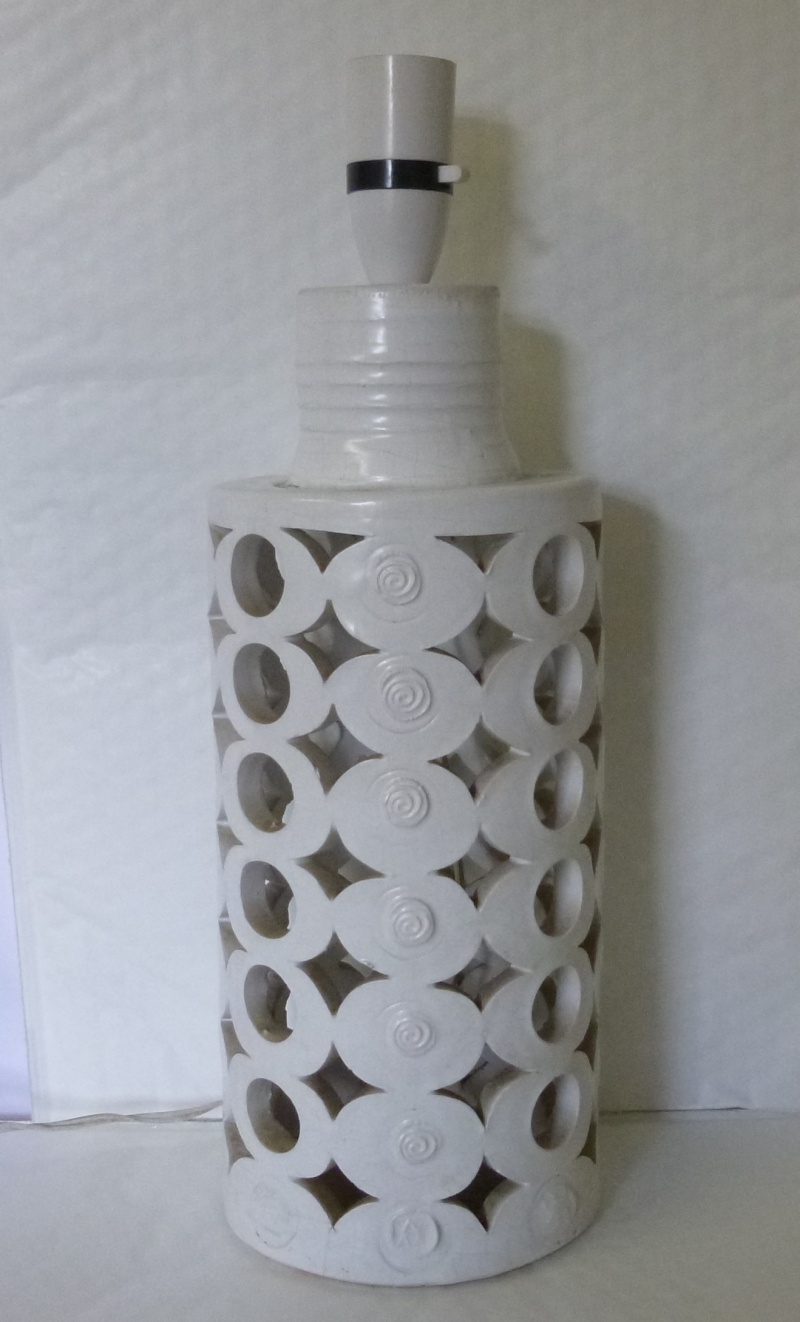 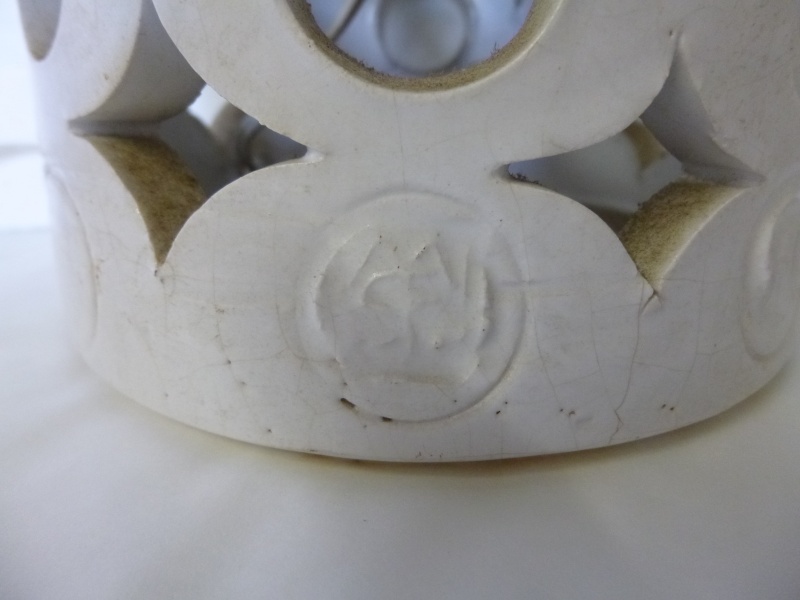 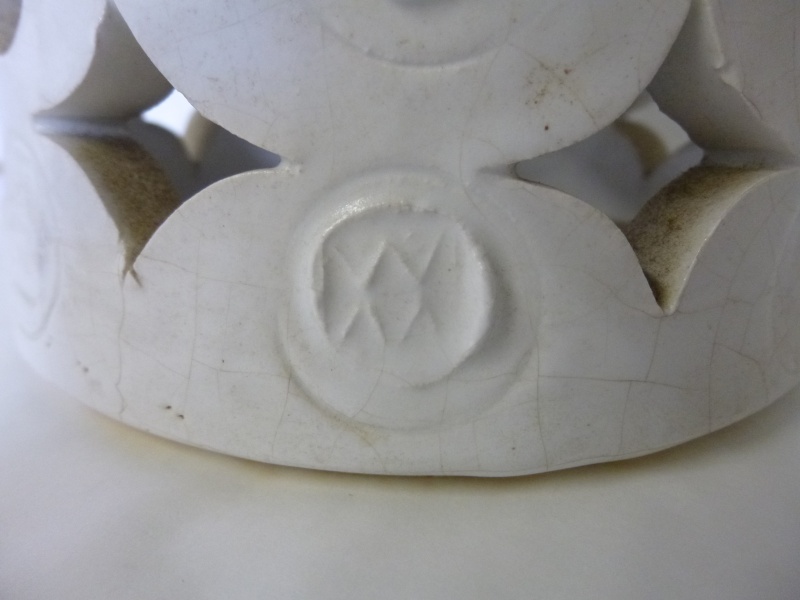 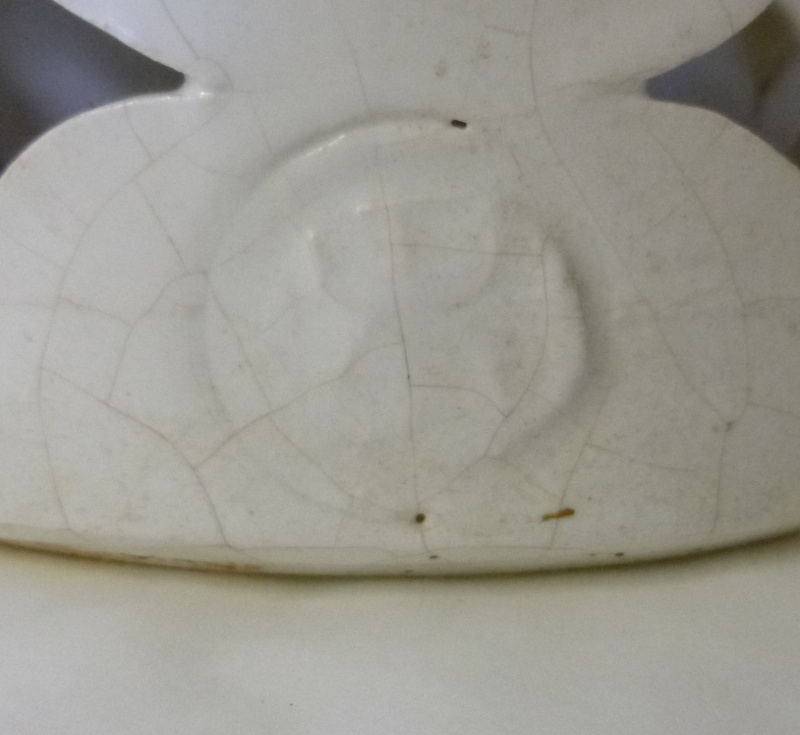 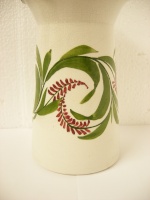 Hey Philpot that's a very good suggestion. Just reading online it says her and her husband potted together which would make sense as there are three potters impressed marks on the piece. I will continue with the research, thank you.

...it could be a guy named Mac (Malcolm) Small. It looks very much like his work... Wellington Mill Pottery, Wellington, Herefordshire.
you probably won't find Mac Small's work documented...he didn't run in those circles...The piece you showed, however looks a lot like Wellington Mill lamps...Just to be clear...I actually worked there in 1977-78...so...although I can't be sure...it is very similar...Interestingly, we also made pots like the Sheila Fournier pieces shown [see Worthpoint link below]...i think cullet was used for the glass pooling....
I really think the lamp is a Wellington Mill Pot (and not a Sheila Fournier....her work was very delicate.)...the one's we made were also circular. It has been almost forty years....but I would bet on it...Mac Small died in the 90s...his partner Rose Thomas sold the mill..

This is definitely a Mac Small/Rose Thomas piece. The one mark is a W over an M. The other mark was often MS (Mac Small) or RT (Rose Thomas). I watched them making some of these at Wellington Mill in the village of Wellington 4 miles north of Hereford.

Wonderful info. I’ve seen a couple of these pieces listed as Sheila Fournier in auctions
_________________
Just my personal opinion, take it or leave it.

Here are Mac Small and Rose Thomas actually wiring a lamp, plus a couple of other pieces of their work. 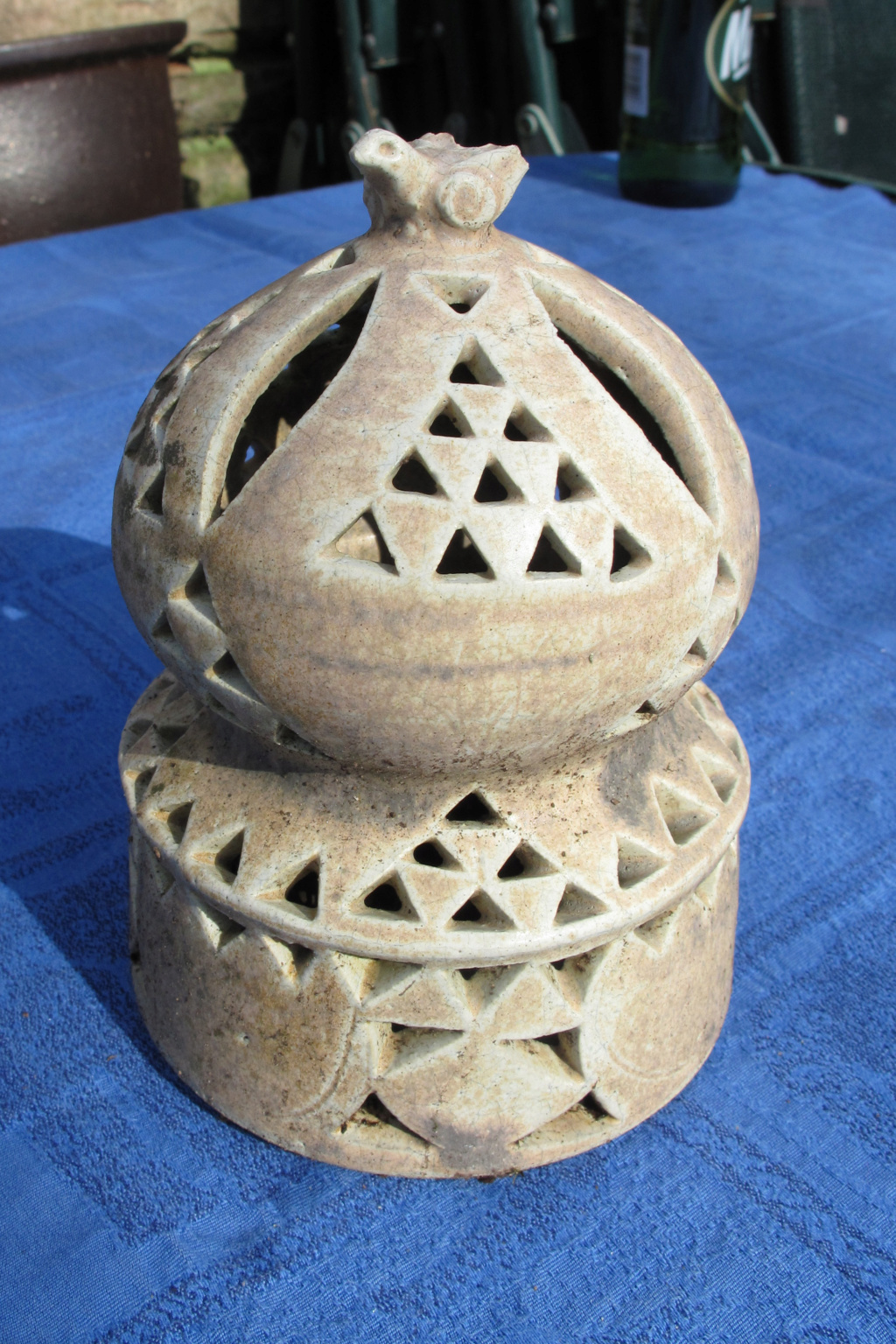 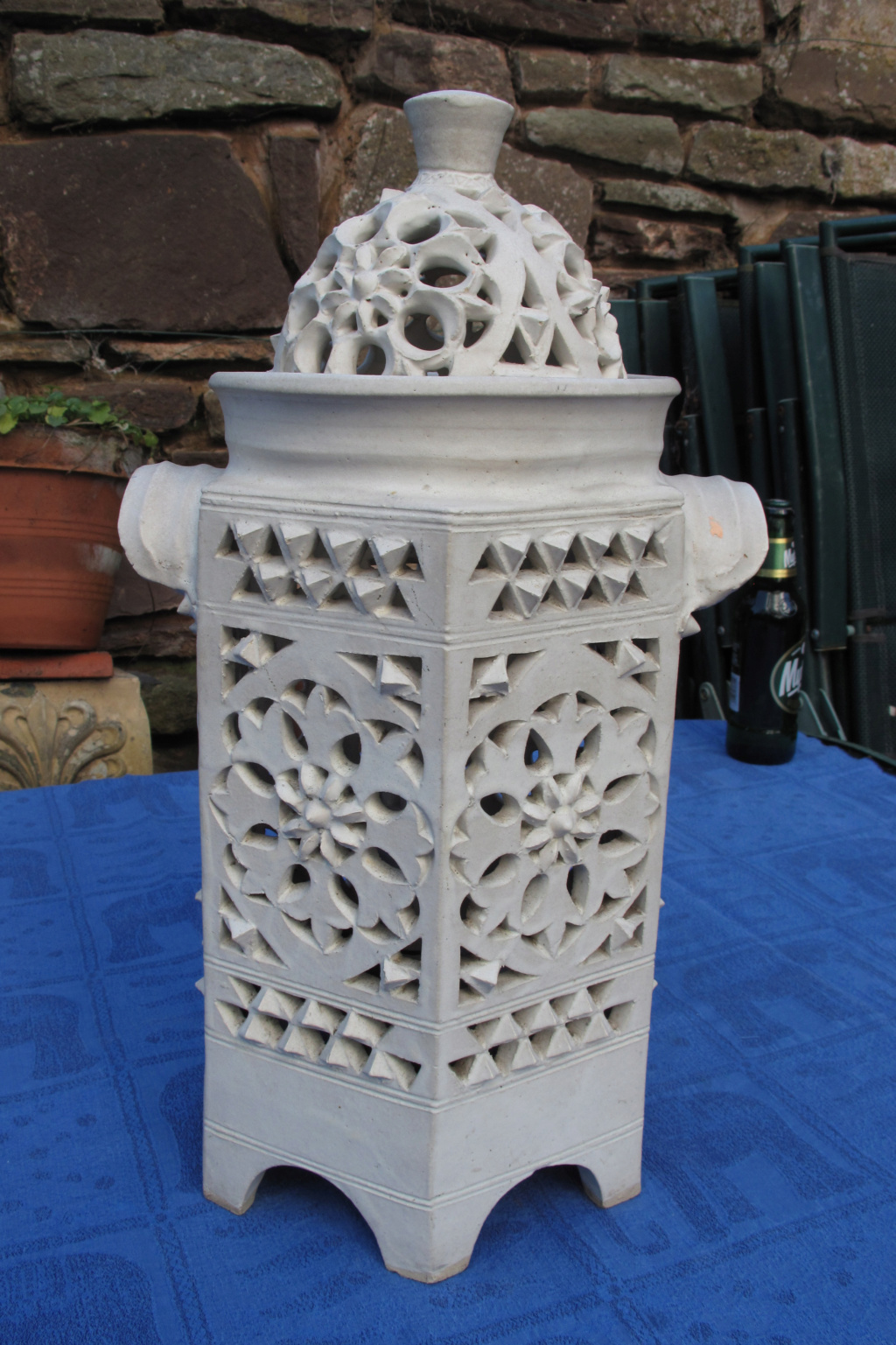 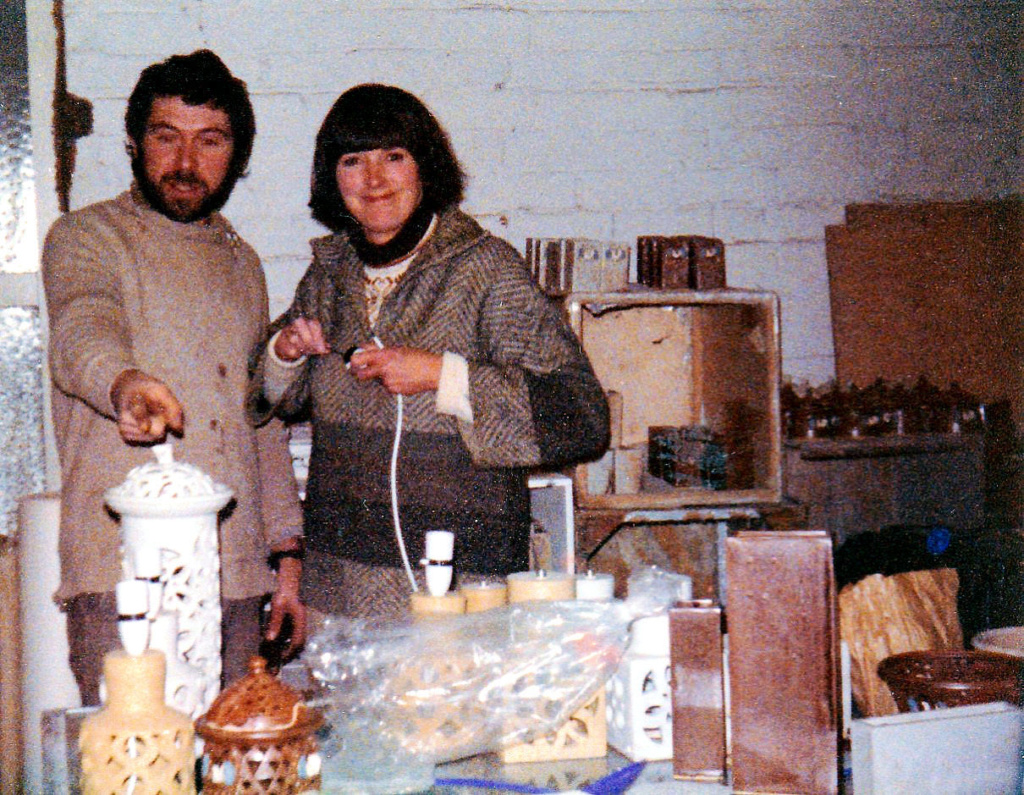