Patrick Sargent was a special talent, although I have to admit that when I first saw his work I wasn't immediately impressed. Nonetheless over the years he was able to change my views and was undoubtedly a significant influence on many wood-firing potters working today.

Born in Northampton England in 1956, Patrick studied wood firing at West Surrey College of Art and Design, Farnham from 1977 to 1980 under Paul Barron and Henry Hammond. There he gained a First Class Honours degree and Paul Barron was to famously say that Patrick would be "one of the last out of Farnham to make pots like this".

After establishing two workshops in England, Patrick travelled and worked in Germany, France and Switzerland for two years from 1986 before settling down in Switzerland. There he continued to live and work until his death in 1998, exhibiting both here and on the continent, including a solo exhibition at Contemporary Ceramics and two at the Harlequin Gallery (in 1994 and 1996).

For Patrick's last exhibition at the Harlequin Gallery in 1996 he supplied a statement, which I feel is worth repeating here. "Most days I take an early morning walk in the forest. It is just one part of my way of being. I like it when my pots give me the same feeling as that forest walk. I certainly seek to capture qualities of directness, freedom and rhythm that I only find in nature. Neither the pot nor the forest walk is the final statement, merely a small part of a long road."

Sadly, the "road" was not anywhere near as long as it should have been but we do have the legacy of Patrick's pots to continue to cherish and enjoy.
_________________
Now you should know by now that Potty and I need to see your bottom - we're funny that way!

Below are images of one of Patrick's teabowls originally shown in his 1994 Harlequin Gallery exhibition: - 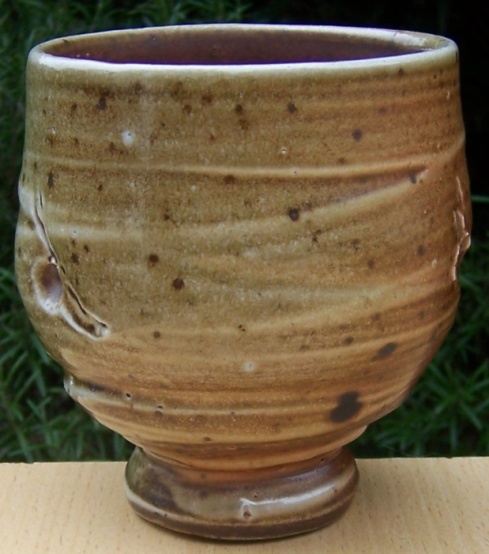 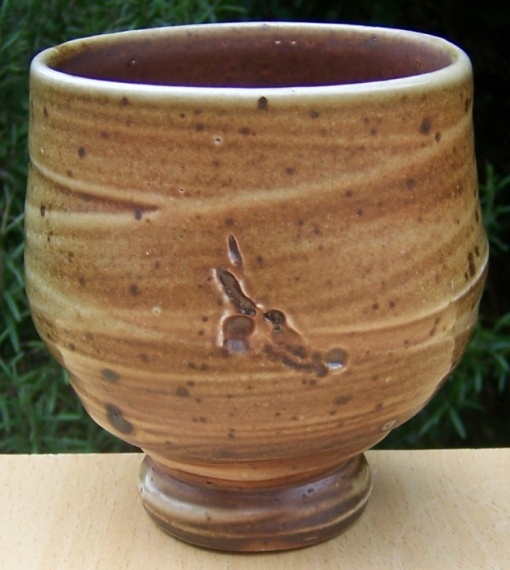 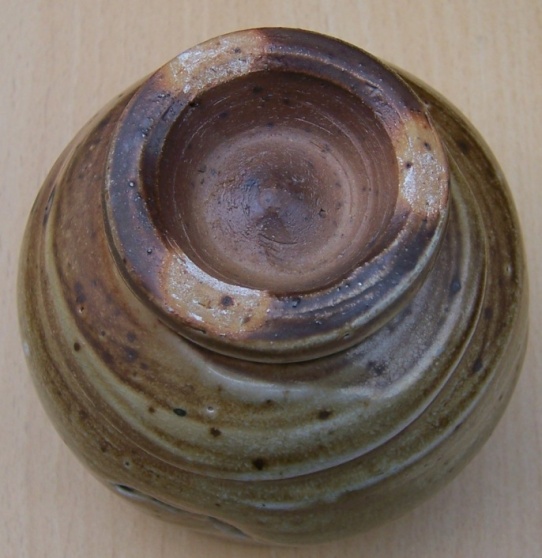 One of the major problems with identifying Patrick's work is that it was never marked so you really have to be careful when buying pots purporting to have been made by Patrick. I know of one international auction house and a leading studio potter dealer based in the UK who having sold teabowls as being by Patrick when they were not.
_________________
Now you should know by now that Potty and I need to see your bottom - we're funny that way!

What a lovely statement of making. And what an accomplished pot. Thanks SP 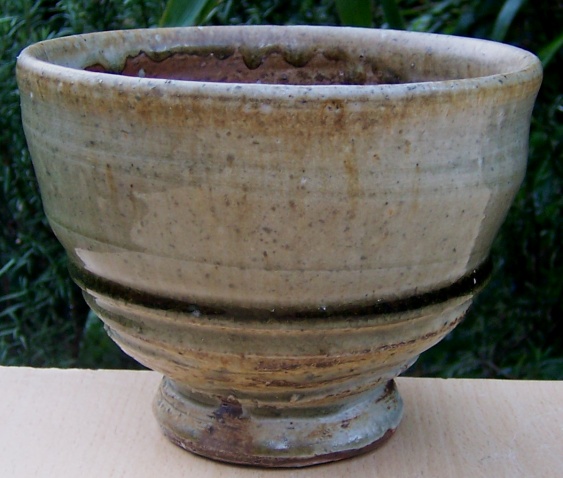 Inside the bowl above and the foot. 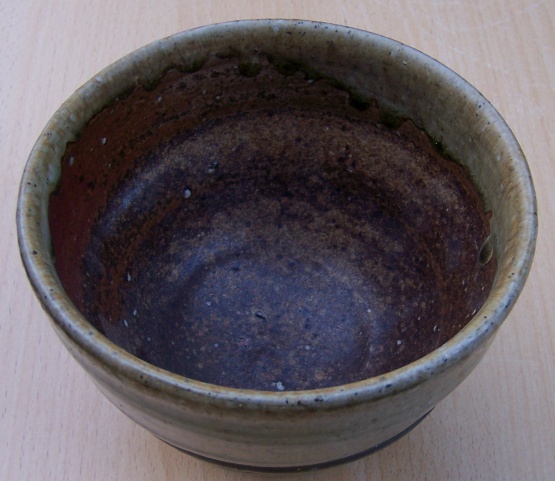 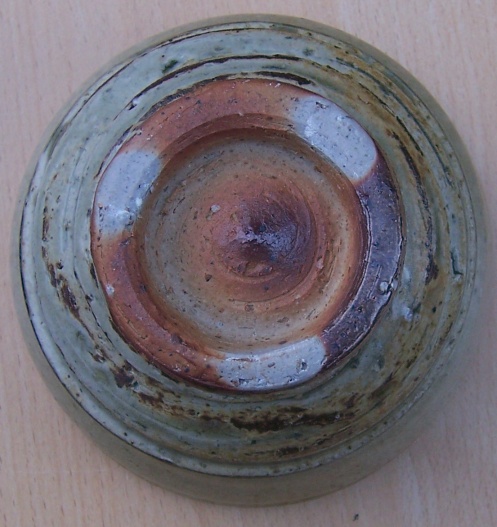 I finally got around to putting on a mixed exhibition this weekend and said on social media that the Patrick Sargent items below, consisting of a bottle and 3 different teabowls could be a sake set for the serious drinker. They were all bought by the same buyer but I don't think he plans to use them as I suggested. 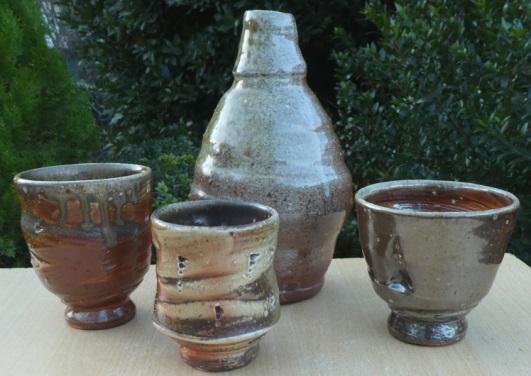 An unusual tile panel from Patrick Sargent. Exhibited at at an exhibition  of his pots in 1982. It is in a heavy frame, which fell down once and daamged the frame. Fortunately the tile panel escaped with only one tile damaged.  So we have not had it up for a long time, and had almost forgotten it. Only came across it when tidying the garage (the final resting place of all spare pots!) up, and thought it could do with a larger audience. For such a  talented potter there is not much of his work available to see. I must admit to never have seen anything else of his like this tile panel. It is very remiscent of a bygone Industrial Britain. 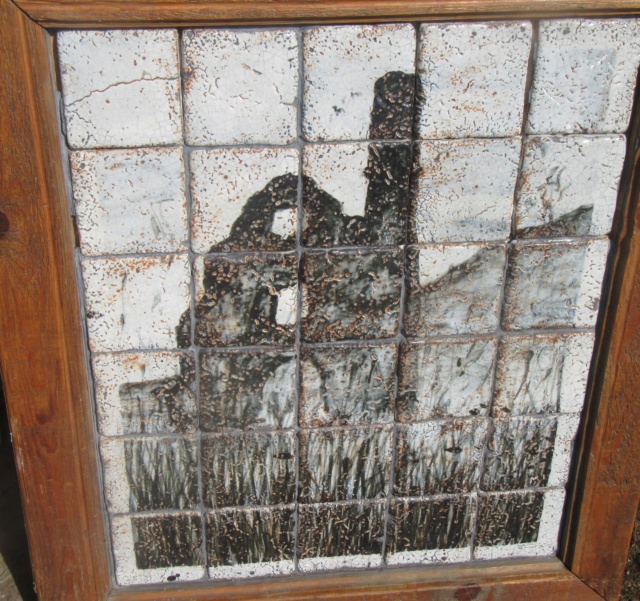 After graduation from Farnham, Patrick worked in Northamptonshire for a few years in the early 1980s before moving to Switzerland and this would be from that period.

Patrick had an interest in motorbikes and the only other thing from this period that I have seen is a "souvenir" ashtray/dish for a local motorcycling club. Therefore I suspect much from this period was untypical of the work that he is known for.
_________________
Now you should know by now that Potty and I need to see your bottom - we're funny that way! 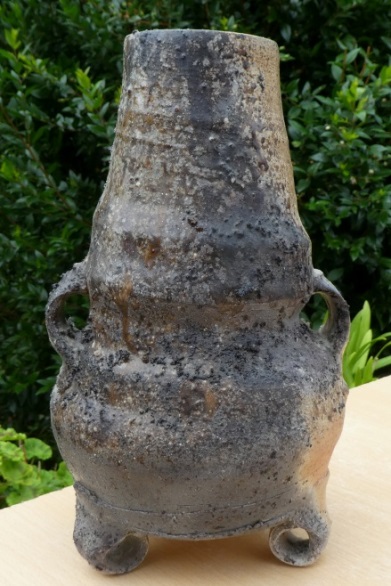 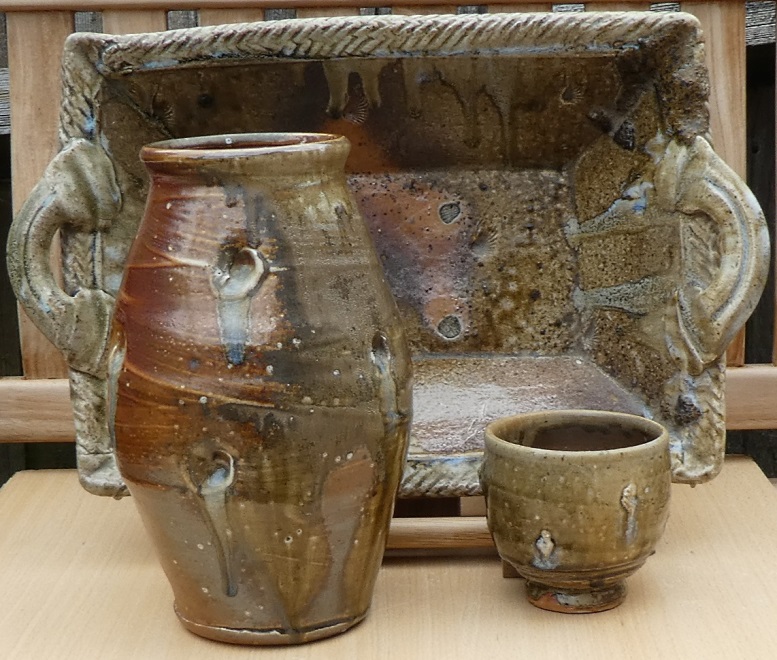 A large footed handled dish plus another couple of pieces of Patrick's work that I sold in September 2019. They would have originally been purchased from one of his solo Harlequin Gallery exhibitions before his death.
_________________
Now you should know by now that Potty and I need to see your bottom - we're funny that way!

Below are 3 more large pieces of Patrick's work that I sold in the summer of 2019. The circular platter had originally belonged to the potter, Aki Moriuchi, from whom I bought it. 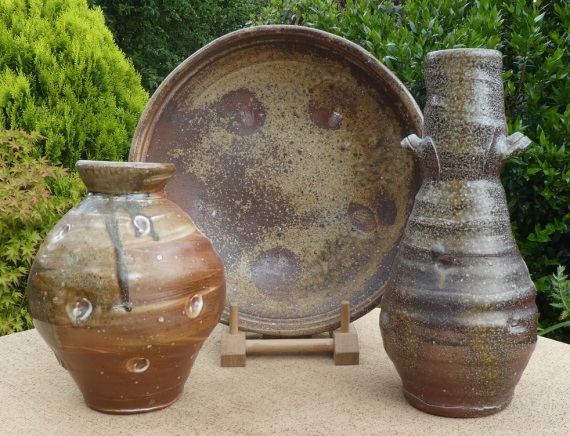 A footed handled wood-fired bowl that was originally exhibited and bought from his final exhibition held at the Harlequin Gallery in 1996. 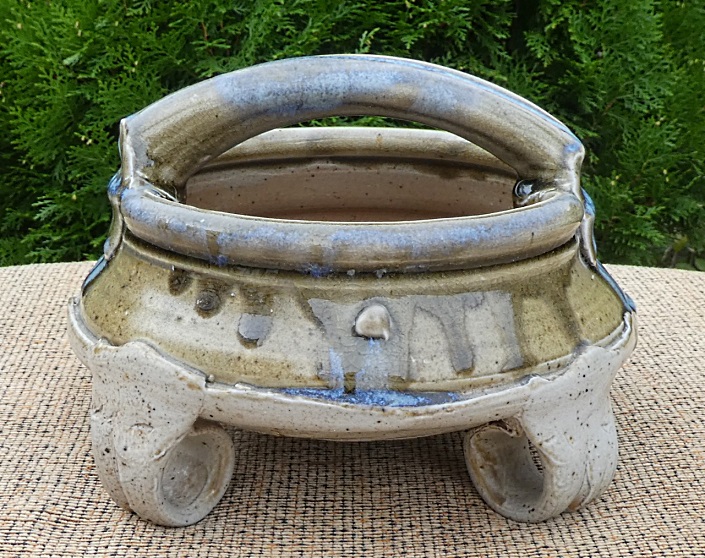 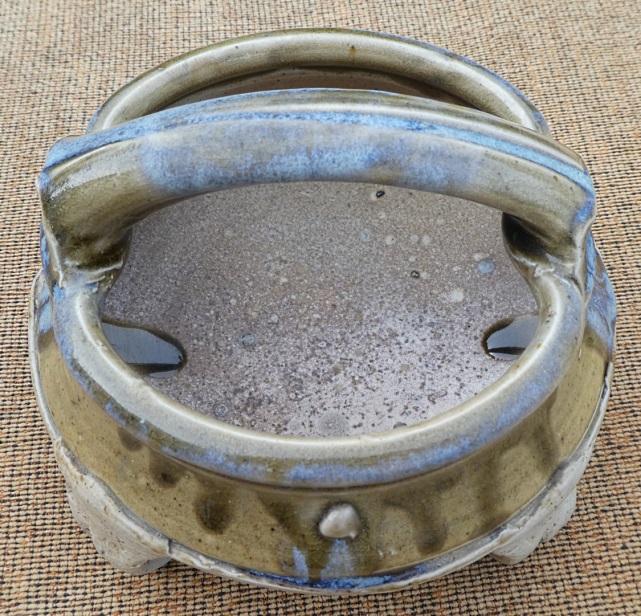 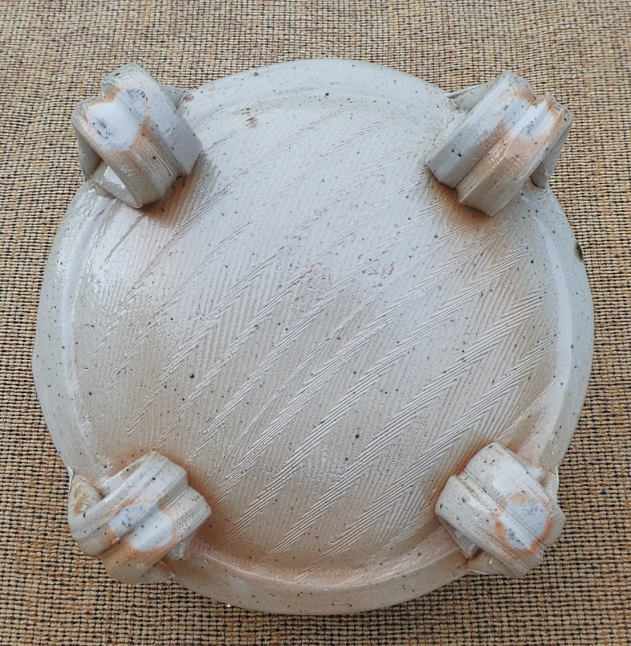 Because Patrick didn't use a mark, the base and the feet are very important for identification purposes.
_________________
Now you should know by now that Potty and I need to see your bottom - we're funny that way!