L-R: Teapot and chocolate pot. Marked Aluminite Frugier Limoges-France
I've seen the teapot shape listed as 1920s but they might be post WW2

Teapot marked with a 4

Chocolate pot marked with a 2

Rene Frugier trained at the Sevres porcelain factory and then rented a factory called des Tanniers from Limoges in 1899 and bought one in 1907.
She made tableware using a special porcelain with a high proportion of clay to flux. Her pieces were fired at a high temperature 0f 1430 degrees Celsius to make them heat resistant for cooking.  She won prizes in Paris during 1900-1901 and then again in London in 1902.
In 1910 the factory was enlarged and renamed L'Aluminite. During WW1 they made lab-ware and refractory glass, and after the war production returned to tableware.
In 1958 (or 1964, records vary) L'Aluminite was bought by La Porcelaine Haviland. 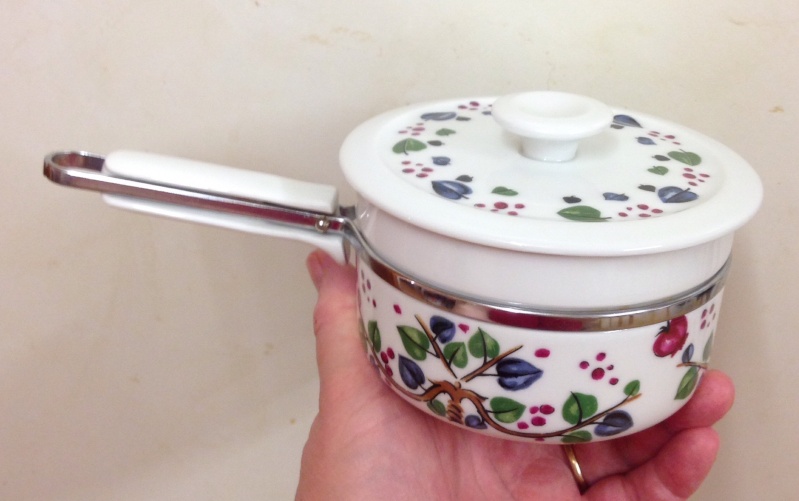