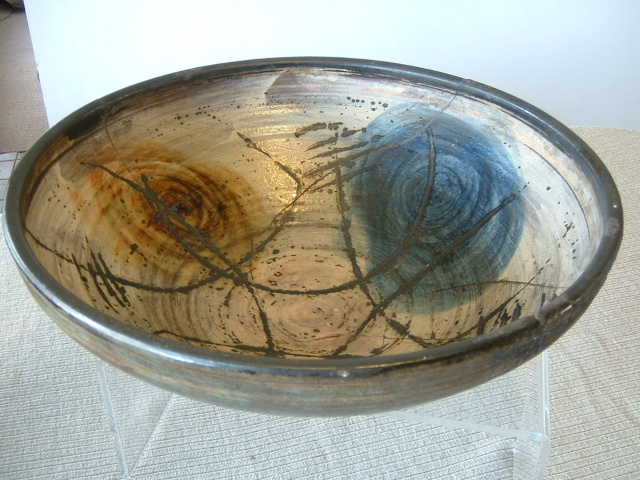 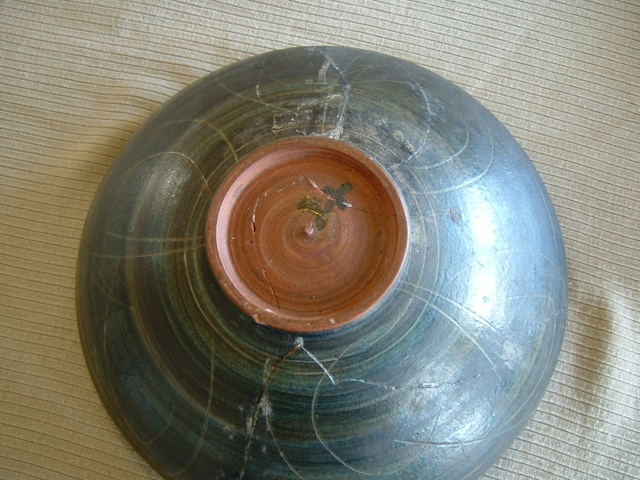 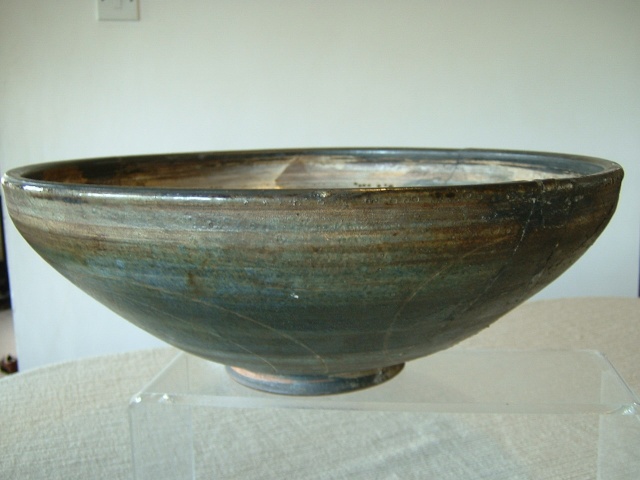 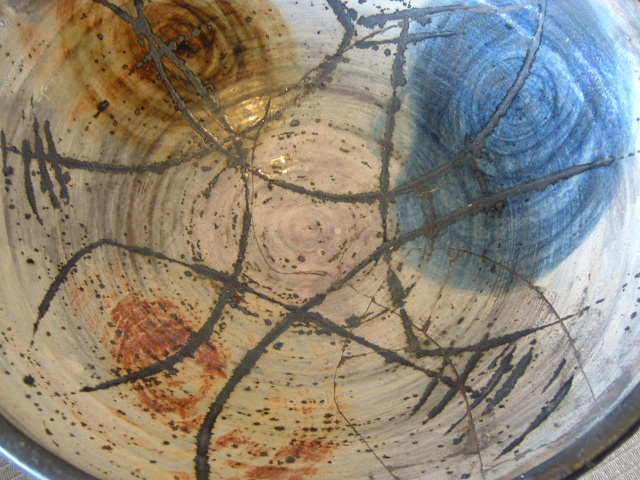 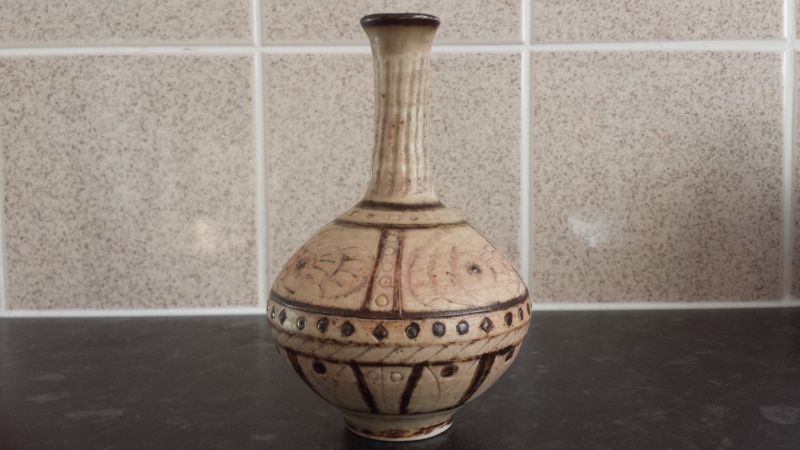 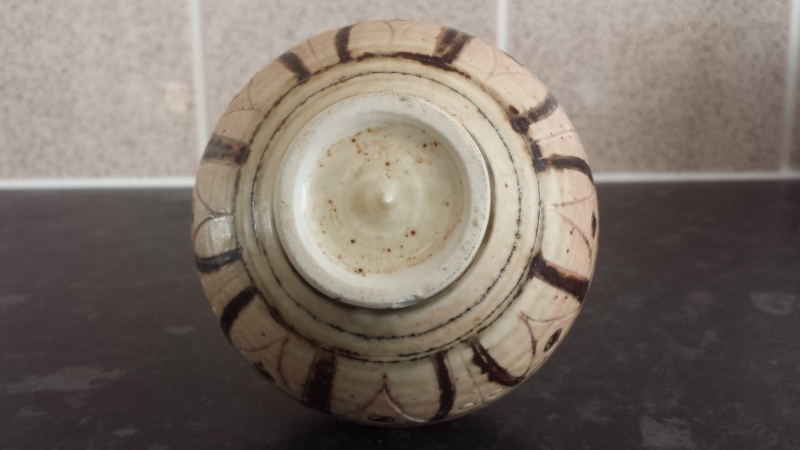 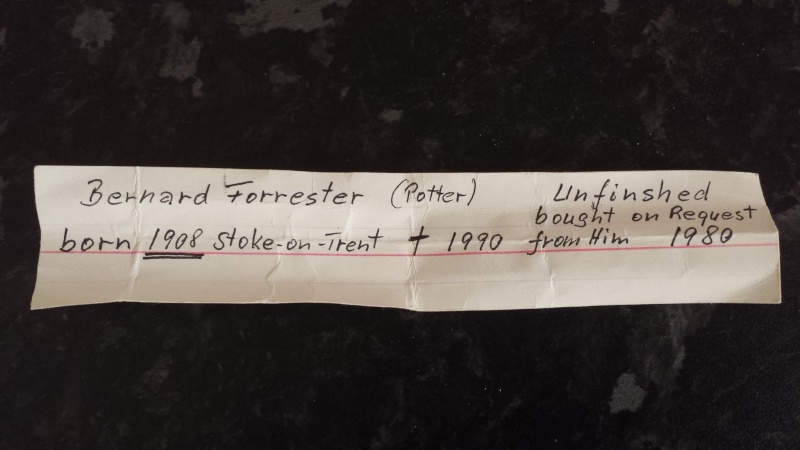 Bears some similarities to this one

Recently acquired 4 pieces by Bernard Forrester - well 5 but one has a bad chip. Here is one of two similar rectangular dishes.

Yes. Marks in same order as pictures in original message.

Bernard Forrester was an interesting character. Worked at the Leach pottery in the early 1930's, and also with Bernard Leach at Dartington in the same time period. He taught pottery at the avant-garde Dartington school ( Lucien Freud amongst its luminaries) for over 30 years.
He set up his own studio in 1952,and in the first few years of this pottery produced what Paul Rice called some of the most interesting pots of the 1950's. Very Sam Haile influenced. This vase is from 1954. The mark is similar to the painted black one in previous entries. 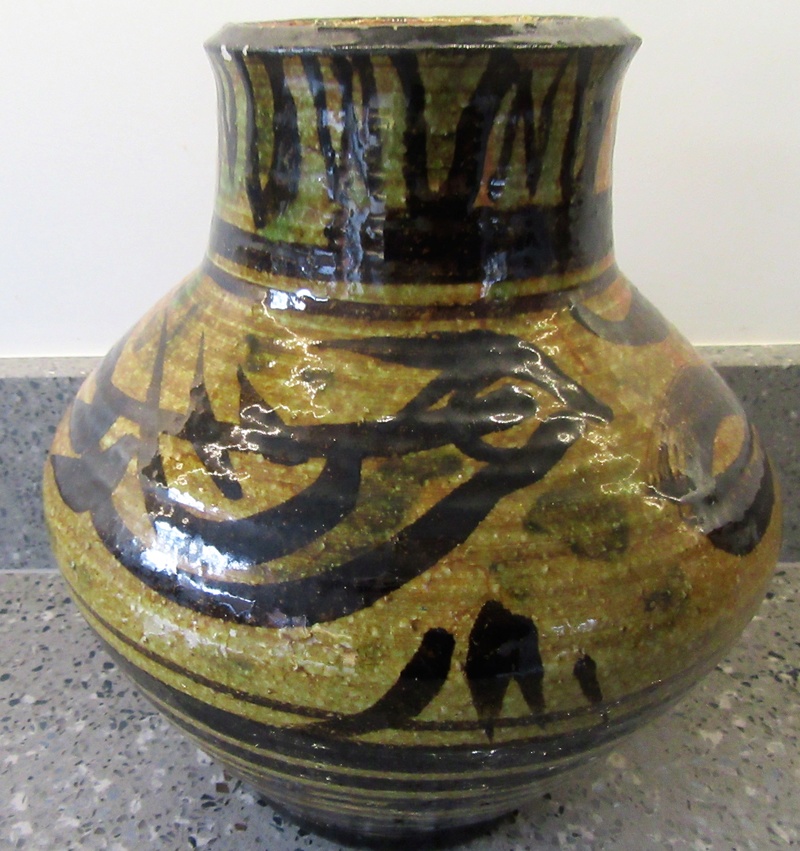 A yunomi from the same period, 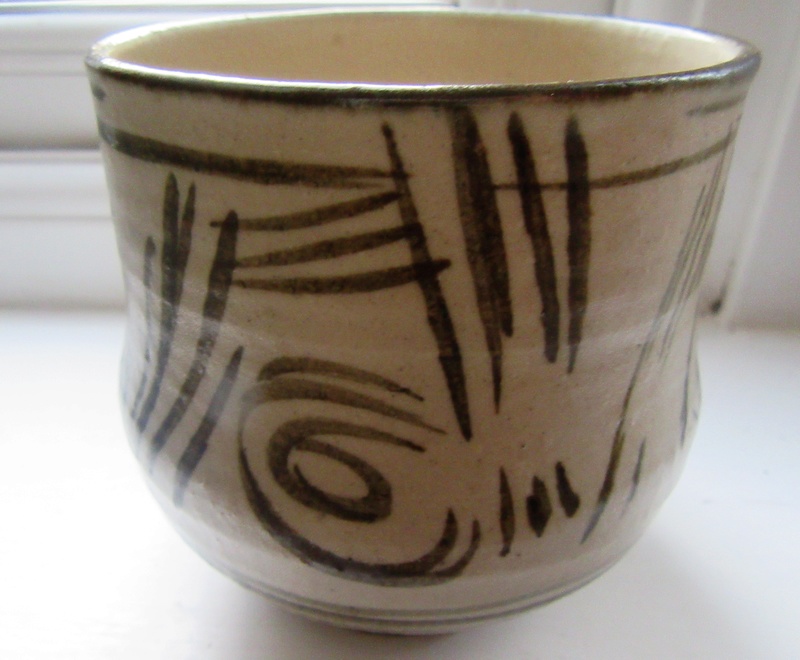 An earthenware slip dish from 1954.

he is far better known for his intricate more commercial lustre work of which there are several examples here already. These are perhaps best, on a smaller scale when you justv
realise what skill and talent are in them. This is a small beaker/yunomi. 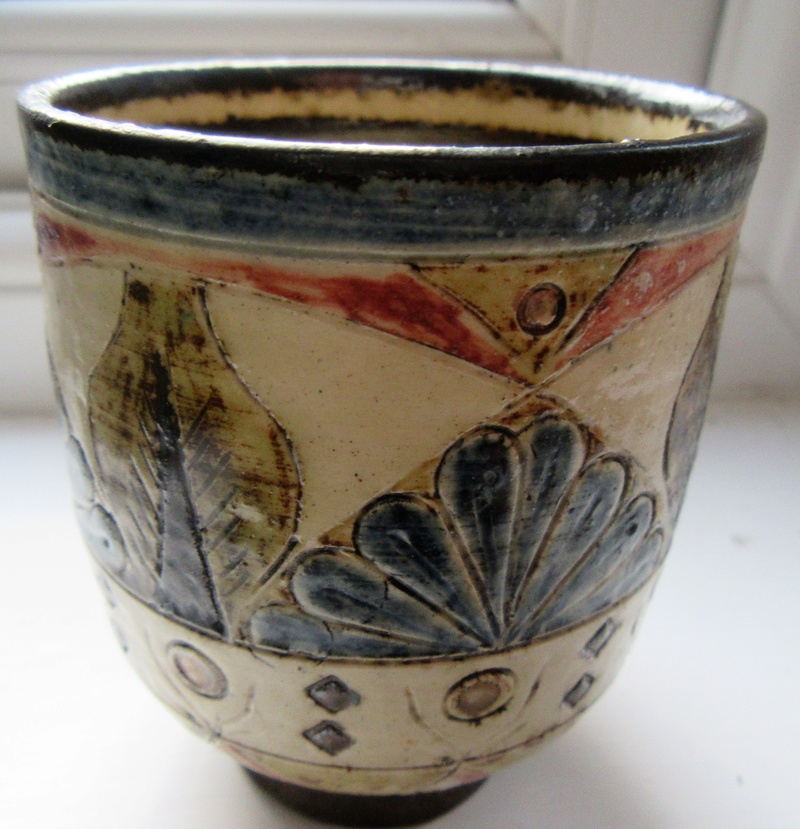 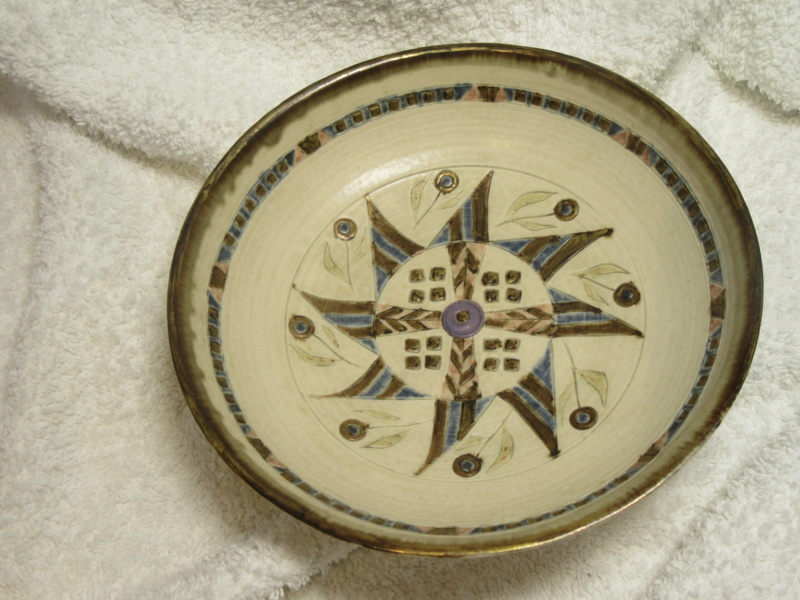 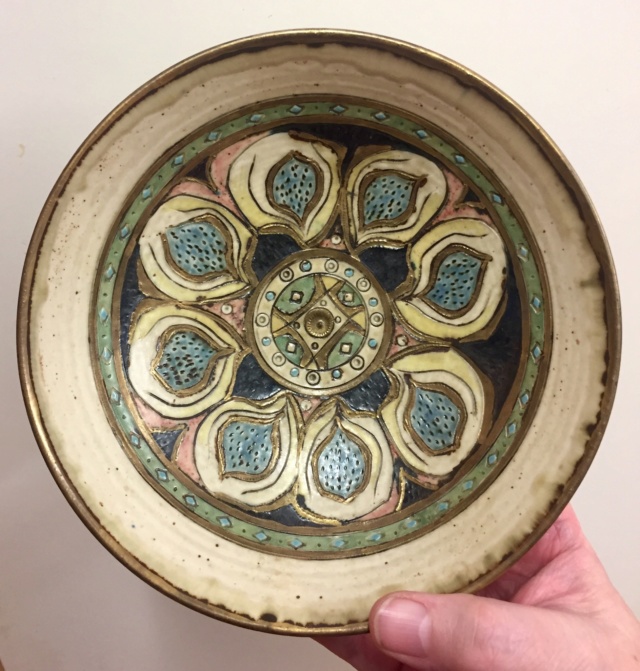 He had several marks. They were all done freehand which can vary greatly. I myself have a number of pieces of his work, and the mark does vary. But whatever......